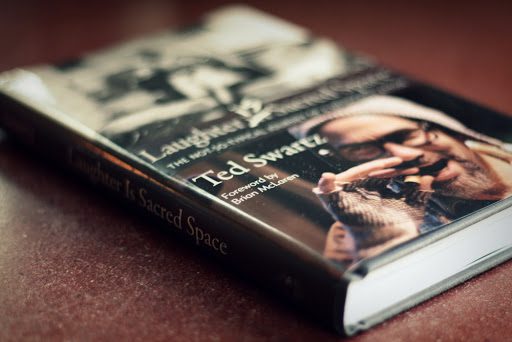 Like I already said, I had no fancy gift requests for my birthday. Chocolate, I asked for, and a zester (he got the wrong one), and Ted’s book. Ted is a guy that goes to our church. He’s an actor, and now an author. He’s what you might call A Mennonite Celebrity.

My husband and I pretty much immediately started fighting over the book. I’d come downstairs in the evening after tucking the kids into bed and there he’d be, sitting in the easy chair, reading.

The book has inspired other interesting conversations. Like the other night at the dinner table when I said, “You know the book that Ted wrote? Well, he had an older brother that he really looked up to. In fact, he used to—“

“He used to warm up the bed for his brother!” my husband interrupted. (Why does he know this? Because he’s been stealing the book from me.)

“I should ask him if he’d warm up the bed for me. Oh Teddy,” I cooed syrupily, “will you pretty please come warm up my bed for me?”

Based on the contents of the book, I imagine that Ted will soon be getting lots of the following from his readers: underwear, pleas for his bed-warming services, and bags of Purina dog food (we have an empty one in the basement).

(You won’t understand this if you haven’t read the book.)

Several weeks ago, my husband, older daughter, and I went to the dress rehearsal of his latest show—the one that parallels the book. Halfway into the show, when Ted started talking about Lee’s suicide, my daughter, her eyes big, turned to me and whispered, “How’d he kill himself? With a sword?”

I was surprised that she didn’t remember Lee’s death. She would’ve been about six, and we talked about it a lot back then. I guess all that slipped by her.

When we had the follow-up conversation, she again asked how he killed himself. I was hoping she’d drop that question—talking about suicide with kids feels wrong, like I’m planting dark ideas in fresh, young minds. But I know that a child’s imagination can be worse than the truth (i.e. the sword). So I told her, briefly and frankly, what happened.

A few days ago I had a first time appointment at a new doctor’s office. My daughter went with me and listened as I answered the screening questions. She heard me answer ‘yes’ to the depression question, so I wasn’t surprised when she later asked, “What do you mean you were ‘depressed,’ Mom?”

She said “depressed” carefully, formally, hesitantly, as though it were something explosive. As though she wanted terribly much to know what I’d say and yet was afraid, all at the same time.

I talked a little about serotonin levels and emotional exhaustion.

“What does depression feel like?” she wanted to know.

I told her, and then, sensing that she was equating all depression with suicide, I rushed to clarify, “But my depression was nothing like Lee’s. I wasn’t suicidal. Lots of people get depressed, and it’s normal to feel down sometimes. What Lee had was very different. Much, much more serious.”

She picked the conversation up at bedtime that night. “Will I have depression, too?” she asked, her voice light, but strained. “Because you had it?”

My heart twisted up tight. “Oh I don’t know,” I said. “I hope not. But you might, I guess. It’s normal to go through down times. But if you feel bad like that, you tell me, okay? There’s ways to get help.”

So anyway, all this because of Ted’s book (and show).

Oh dear. I’m afraid I’ve gone and made the book sound all sorts of morose. It’s not! It’s made me laugh out loud on several occasions, and once in a doctor’s office.

My favorite line so far, the one I laughed at in the doc’s office:

Sometimes the women who only wore coverings for church would simply pin them to the ceiling of the car after church, and there the coverings would wait until the next time, hovering like halos of perceived virtue.

Just as I finished (the first draft of) this post, my older son walked into my bedroom, Ted’s book in hand.

“This is a good book,” he said, grinning broadly as he plopped it down on the bedstand beside me. “I have to get it out of my room so I won’t keep reading it.” (Not because we won’t let him read it, but because he was supposed to go to sleep.)

PS. Full disclosure: Ted did not ask me to write about his book. He probably doesn’t even know I have a blog.

PPS. When I went to take the pictures of the book this morning, my older daughter came over to watch me. 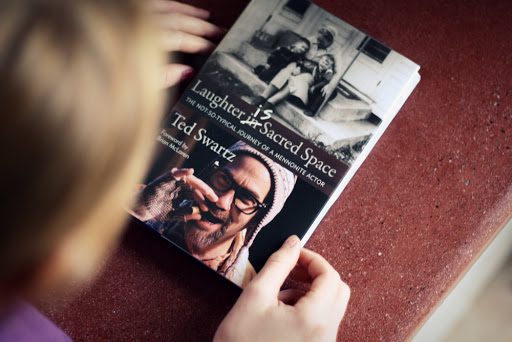 She started paging through the book, in search of the underwear picture. It was one of her favorite parts of the play. 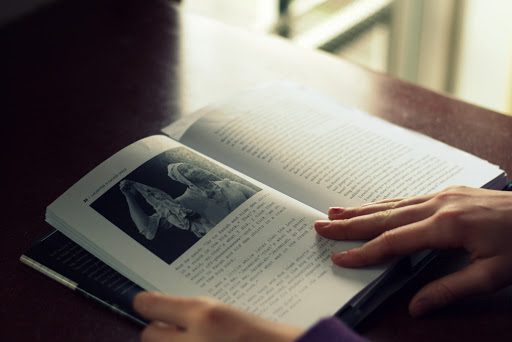 And then she started reading it. The girl who struggles to read—she read straight through one whole paragraph! She was absolutely beaming.

Off and on, all morning long, she’s been following me around with the book, sounding out the dialogue between Joseph and Nigel, Peter and Andrew, etc. She claims it’s the font that helps her read. That, and the fact that she’s seen it acted out. I think she’s right on both counts. 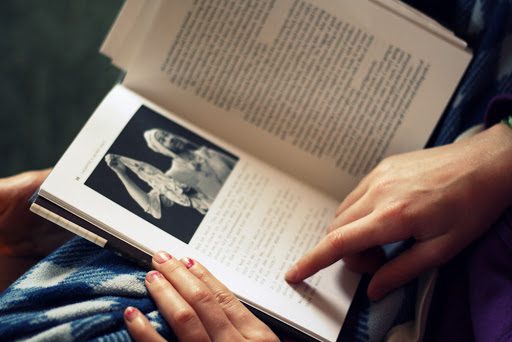 Of course, she stumbles a lot. I don’t think reading will come easy to her for a long time yet. But you know what? That matters not one wit because she is having fun. She is reading.

PPPS. Confession: I have yet to finish the book. I was afraid I might be jumping the gun, writing about the book when I haven’t even gotten to the end. Because, you know, um…what if it’s a dud? But I’ve seen the play (thought-provoking, honest, and funny), I’ve read the reviews (smashing), and by now I’ve gotten a good feel for how Ted writes (extremely well). It’s an excellent book, and I’m saving and savoring it like a box of expensive chocolates. (The kind I didn’t get for my birthday.)