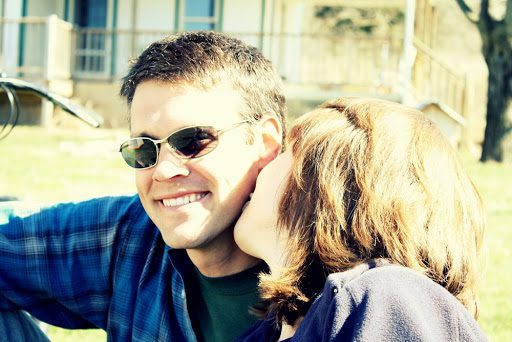 The other afternoon on my way to the theater, I passed a van that had the following advertisement printed on its side: You live life. We’ll clean.

It made me mad for a few minutes, and then I forgot all about it until that evening when my husband and I were flopped across opposite ends of the sofa, rehashing our day. “Oh yeah,” I said. “I passed a van on I81.” And I told him what it said.

“What’s wrong with that?” he asked, feigning ignorance. We haven’t been married for eons for nothing—he bloody well knew what was wrong with that little advertisement, the little rat.

Even so, I enthusiastically broke it down for him.

“It’s implying that people are not living life when they’re cleaning, that’s what! People who clean houses ARE living life—it’s their livelihood. Cleaning is not separate from or less than the other parts of life!”

“Hey, calm down,” he said. “Some people need other people to clean their houses so they can do their work. There’s nothing wrong with that.”

“Maybe, and maybe not. I’m not saying that,” I snapped. “All I’m saying is that it’s wrong to imply that one is ‘life’ and the other is not. It’s not true. Plus, it’s offensive.”

This conversation came on the tail end of another conversation (if you could call it that) in which I tried to express some ideas (about the current trend in which young adults marry later and the implications that has on for the church’s no-premarital-sex mandate) and he argued with every single thing I said.

I can handle a lively discussion, but I don’t do well with straightforward antagonization. It’s pointless, rude, and uninspiring.

I resolutely shut my mouth, refused to say another word, and hauled my irritated and grumpy self off to bed.

Which made my husband laugh out loud. “Ha! I made you mad!” he crowed. “You won’t talk to me!”

The next morning I gave my friend a rousing recap over the phone. She heard me (which is, I might add, different from agreeing with me), and we had a long, civil, and satisfying  conversation around the matters.

So vindicated did I feel that, when my husband walked in the door, I told him about my phone conversation. “She got it!” I said, triumphantly. “You are so out there in left field it’s amazing.”

“Just because she agrees with you doesn’t mean you’re right,” he said with a cocky laugh.

Ooo, the man is incorrigible!

This same time, years previous: breaking the habit (and my heart)