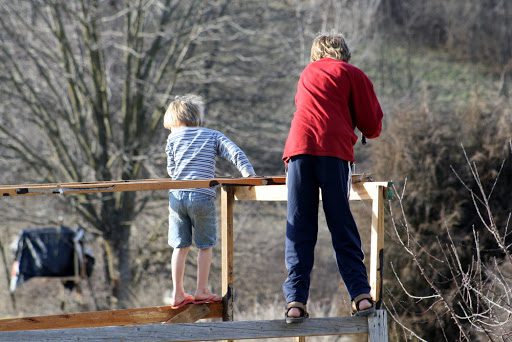 For two days last week, my son went to work with my husband.

If you take a boy to a job site, he’s going to need to build something, right? It’s just logical.

My husband had brought home some of the scrap lumber from the house they were tearing down, so my son decided to build a fort (of course).

For the next couple days, he worked his tail off. He had big plans. Two stories, maybe three. 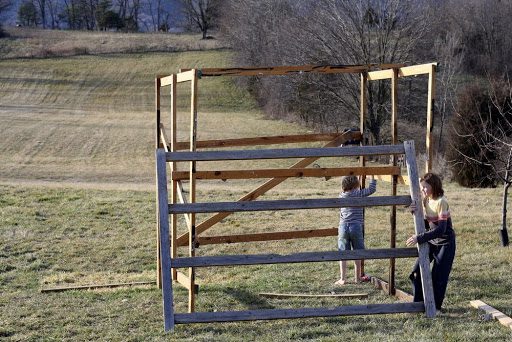 But after the first day, my husband came home and put a limit on the tower—no more than two stories. 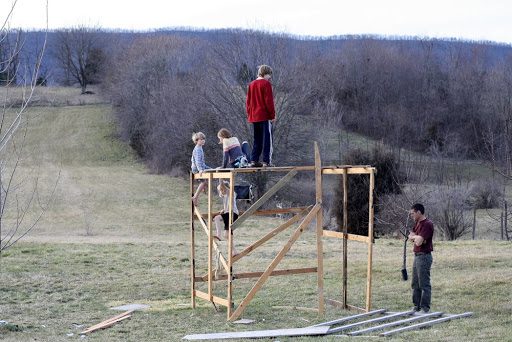 Look at my husband’s posture in that picture. Arms crossed, head bowed. It does him in, all these slapped-up forts.

“When I was his age, I built a fort, too,” he told me later. “And you know how long it lasted? Twenty-five years! They had to use a tractor to pull it out of the tree!”

It’s legendary, that club/tree house is. It had bunk beds, a front and back porch, and a glass window. It was wired and insulated and sturdy as all get out.

“He has no plan! He never measures anything!” my husband wailed.

“He did use cross-bracing, though,” my husband said, brightening slightly. “He must be learning something.”

I liked the fort well enough. It kept the kids busy and out of my hair. 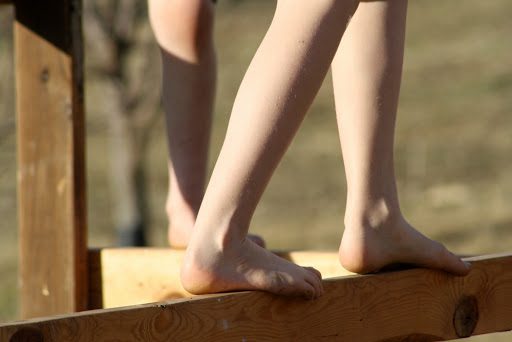 They climbed over the framework like a pack of monkeys, and I realized that the jungle gym I’ve always wanted my husband to build is entirely unnecessary. The kids are old enough to build their own jungle gyms. 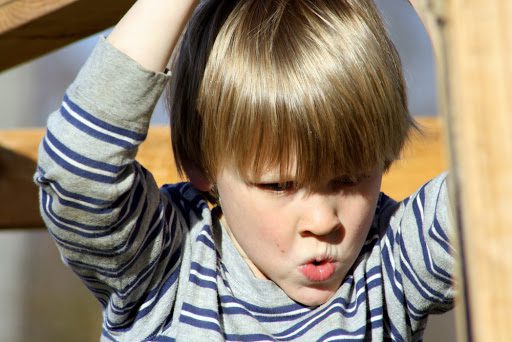 Within a couple days, the fort was 16-feet high. 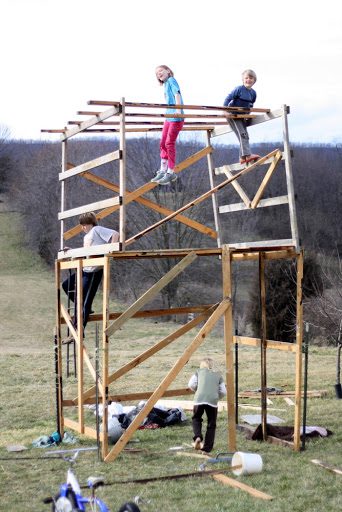 There is a shift that takes place when your kids gain the skills to construct monumental forts that reach truly frightening heights. I’m not exactly sure what to do with their newfound ability to threaten their physical well-being. 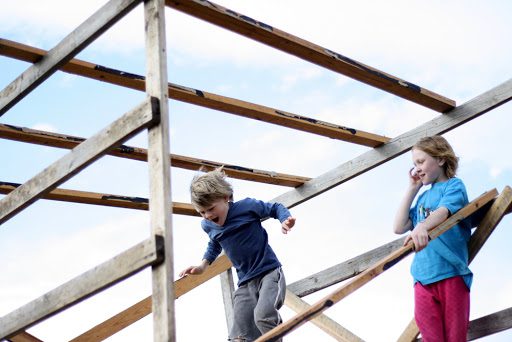 What if one of them falls and gets hurt? It’s not like injuries never happen.

So we set limits. My husband gave them the two-story limit, and he made them clean the old, poking-out nails out of the wood.

I yelled sage advice such as, You better not fall! I don’t want to spend my afternoon in the ER!” and, Broken bones hurt! You really don’t want to get one! and, You only have two eyes so they’re kind of important! And then I went back in the house and avoided looking out the windows.

And then the fort fell over. 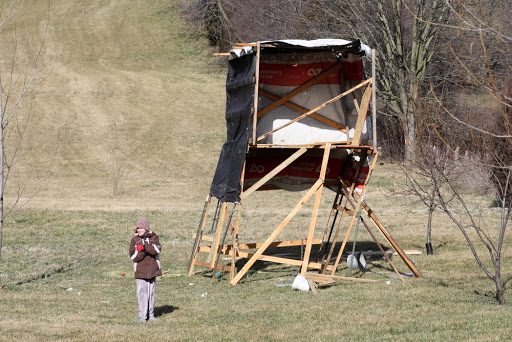 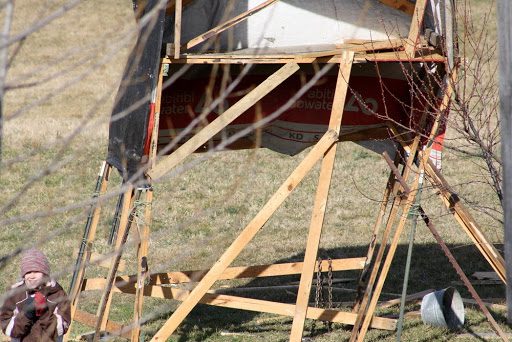 And so another fort bites the dust. 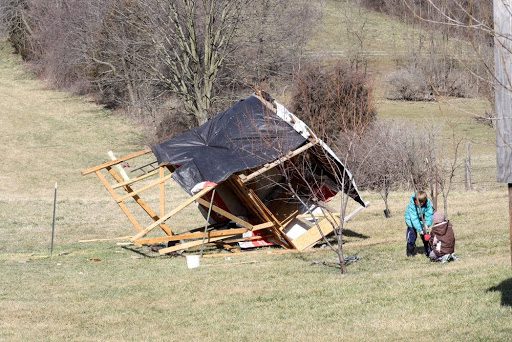 Update: Lenore Skenazy, author of Free-Range Kids, showcased this post on her blog!