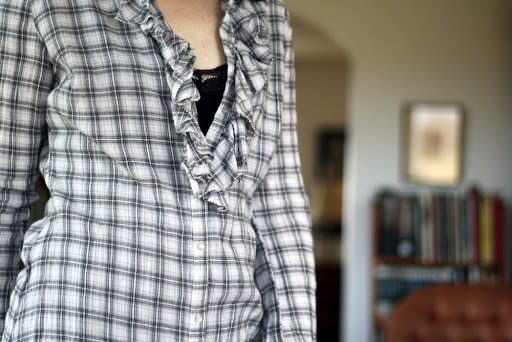 Written on Friday, posted on Saturday. Because I’m confusing that way.

When I got up this morning, I put on something other than a t-shirt, fleece, and my one-and-only pair of everyday jeans.

I attribute my ruffles to the fact that it’s Friday and I don’t have nine kids in my house, and to my current infatuation with Downton Abbey. Actually, “infatuation” might be a little strong. I’m enjoying the show a good deal—it’s so calm and, and … stately—but I’m not completely hooked. Or maybe I am and I just don’t know it? My husband refuses to watch it with me. The whole lord and servant thing makes him mad.

About the nine kids thing—well, this was us at supper last night. 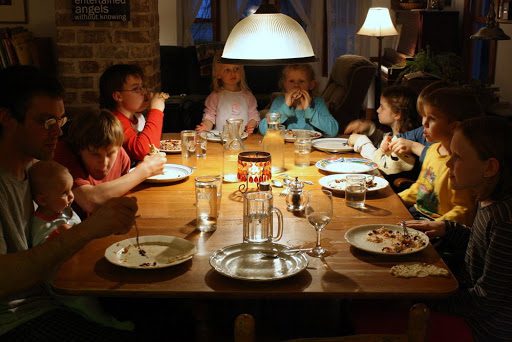 We had beans and rice and all the fixings (contrary to all appearances, there was food to eat—I made plates-to-order in the kitchen in hopes of keeping the mess to a minimum) and a dessert bar—cake, two kinds of cookies, and fresh rhubarb pie, courtesy of my sister-in-law. 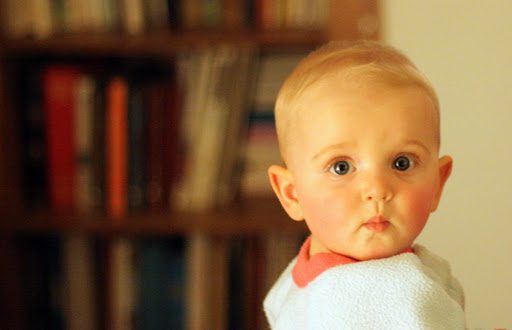 Afterwards, my husband and I blitzed the house while two of the girls washed dishes, kids got baths, and the baby entertained any of the kids that weren’t bathing or washing dishes. 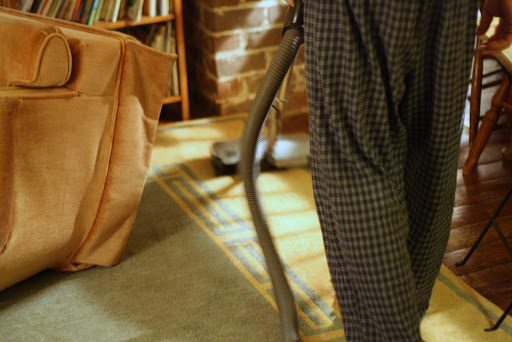 When my husband cleans, capsized chairs are the norm. In fact, I’ve gotten so used to his methods that I don’t feel a house is clean unless the furniture has been flipped upside down and shaken. 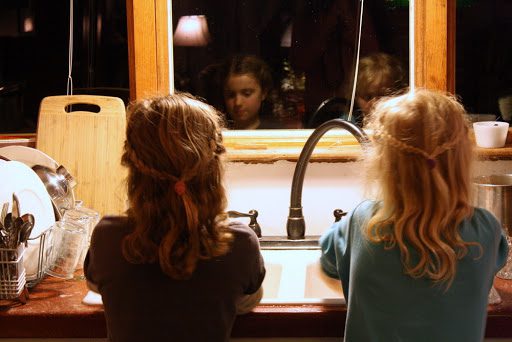 By 7:30, the house was shipshape and all the kids ran off to play. I sat down in the rocker, someone plopped the baby in my lap, and she promptly conked out. I sniffed her head, held her pudgy hands, and visited with the other adult, until we were interrupted by a push-up competition (I did not participate), at which point everything got loud and chaotic and then the parents came to collect their progeny and we tossed our kids in bed, the end. 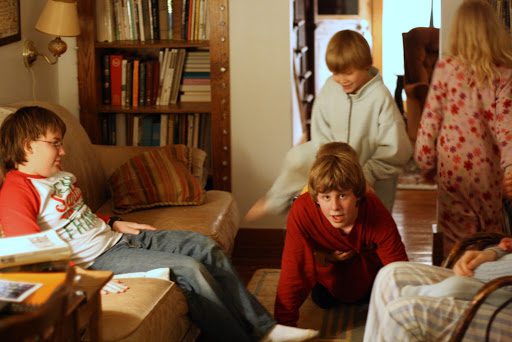 But backing up the boat a leedle farther… The night before (Wednesday night, for those of you keeping track), three of the extra kids spent the night. It was a night from hell. The littlest child woke up at 1:30 with the homesick blues. Over the course of the next hour and a half, he went from sniffles to full-blown gut-wrenching, eardrum-piercing howls. Two of the other kids woke up and tried to help out, all to no avail. We finally put Sad Boy on the floor in our room and shut the door. My husband lay down with him, but it wasn’t until the kid was sobbing at the top of his lungs that I finally turn on the light and told him sternly that he could not cry like that because he would wake the other kids. And then he went to sleep.

Except that the torture wasn’t over yet because we had to keep the light on, and I couldn’t sleep very well with my retinas getting scorched and all. Also, I felt disoriented because my husband’s feet were where his head should be since he was sleeping upside down in order to be closer to Sad Boy. Not that a big man head hanging over the foot of the bed would actually be a comfort.

At 4:30, when I realized the kid was sleeping—hallelujah!—I gingerly switched off the light. But just when I was nodding off—I do not believe this!—he started up again with the sniffling so I had to turn the light on again. My poor eyeballs.

In the morning, phrases from Clarence’s speech (better yet, watch it) kept rolling through my head. The words were indecipherable, more like moanings with a cadence, but it was Clarence’s voice in my head, for sure. I felt his anguished presence.

O, I have passed a miserable night,
So full of fearful dreams, of ugly sights,
That, as I am a Christian faithful man,
I would not spend another such night
Though ’twere to buy a world of happy days–
So full of dismal terror was the time. 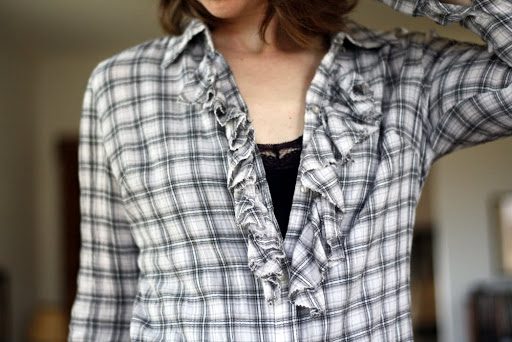 All that to say, I’m really digging today’s leggings and ruffles and quiet house.

This same time, years previous: coconut pudding, an open letter to Isaiah, I don’t feel much like writing