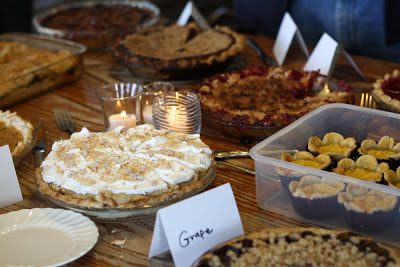 Well lovies, the pie party happened. There were people and there were pies, and the people ate the pies, the end.

Just kidding. Like I could ever be that concise, ha. 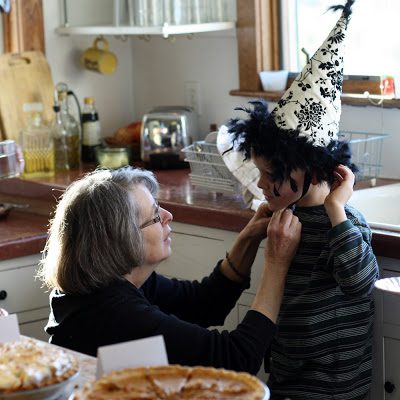 Really though, I don’t exactly know what to say about it. It was fun, a lot of fun, and sweet and simple, and surreal and special. I had no expectations—because how could I?—and then after it was over, I didn’t know how to process it because I didn’t have any expectations in the first place. It was weird. And a little sad. I felt kind of weepy the next morning, partly due to exhaustion and partly because my mind and insides were all scrambled up.

We cleaned house for forever. We tacked on some fall cleaning (like taking out window screens and putting the garden to bed), some heavier cleaning (like wall and window washing), and some fix-it jobs (like replacing the toilet seat) so it really did take forever. 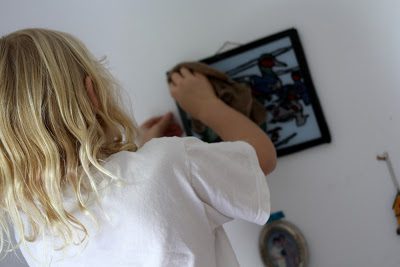 It was a little insane, and what made it all the insaner was that the house still looked raggedy when we were done. So I gave up and made pies instead.

People came. This little fact never fails to amaze me. Because I can clean and bake pies till the cows come home, but it ain’t a party if there ain’t no people, right? And it’s a little miracle that people read some words on a computer screen and then carve time out of their day to visit with a bunch of random people. It’s rather nifty miracle, if you ask me. 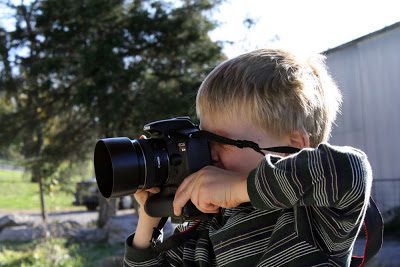 And here’s where the surreal part comes in: one of the guests flew in from Washington state for the party, I kid you not.

She was at our house when we got home from church and as soon as the kids spied her red rental parked in the driveway, they forgot all their normal inhibitions and tore into the house ahead of us. Because MAVIS WAS AT OUR HOUSE! And there she was, sitting at the table in the downstairs bedroom that’s not a bedroom, working on the computer and drinking tea. 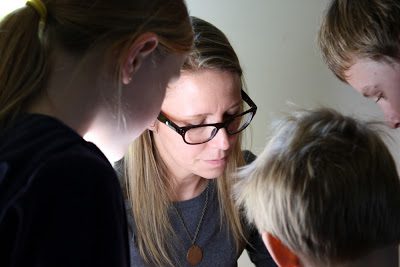 This was my first time meeting a blog friend—we have been reading each other’s blogs for years—and it was simultaneously an intoxicating thrill and a total comfort. And surreal. Have I mentioned it was surreal? 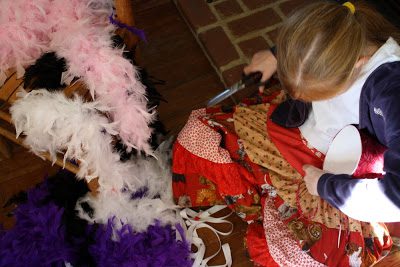 The kids immediately took to her, and no wonder—she had brought all the supplies needed for making party hats and right away set up shop. While I fixed the salad for lunch (no waffles when a pie feast is in the works), she instructed the kids in the fine art of handling feather boas and glue guns and fabric. She had them eating out of the palm of her hand. 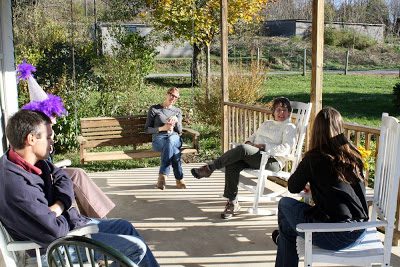 We visited on the porch for awhile before getting down to the business of eating pie. There were all sorts of pie, but Katie-from-West Virginia’s kale-akopita was the only savory pie in the bunch. 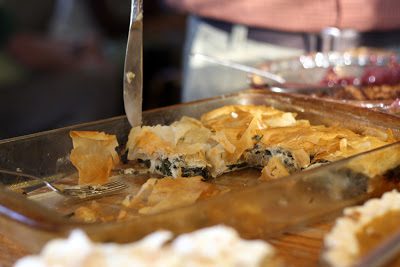 It was good, too, and I now have the recipe in my possession. Stay tuned. 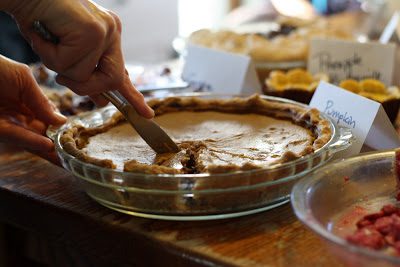 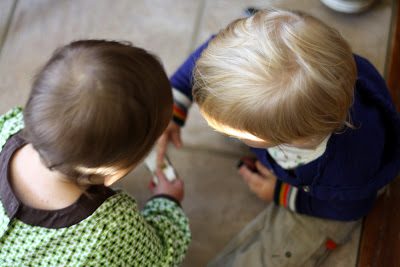 We ate and visited (and the babies played) and ate some more and still there were leftovers. 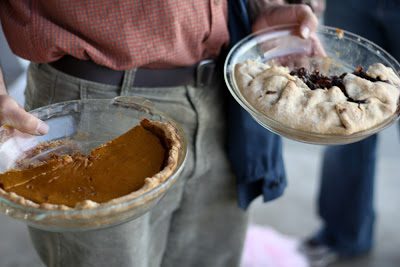 After awhile the majority of folks headed home and just a handful of us were left. We curled up on the sofa, pulled up rockers and chairs, and settled into a leisurely visit while the kids played and the candles burned low. 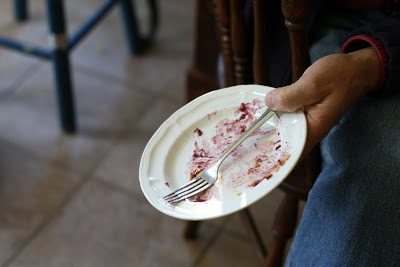 Then everyone was gone but Mavis. My husband and I tucked the kids into bed, made tea, and settled down by the fire for another long chat. Mavis left in the middle of the night—I got up to give her a hug goodbye—but back in bed, I couldn’t fall asleep. There’s something lonesome and sad about a newly-acquired friend driving away in the frosty dead of night, on her way to a plane that will take her thousands of miles away.

I caught up on my sleep last night and ate the last of the kale-akopita for my lunch today. The kids divided out the one remaining tart (I snuck snitches). The stack of party hats on the hutch and the shiny-clean windows are the only signs of the weekend festivities. 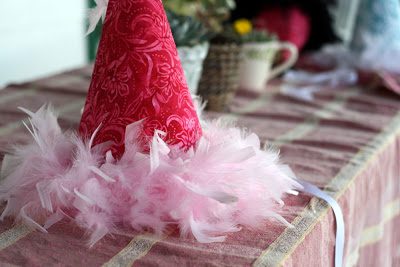 Thank you, sweet friends. You made the party.