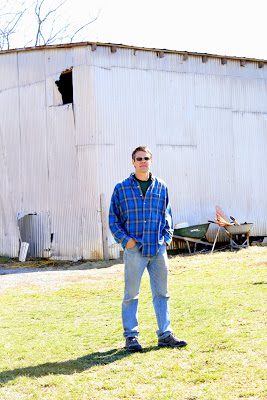 Several nights ago I dreamed that my husband was a famous movie star. For one of his numbers he performed in drag, and it was such a hit that he had his own line of dresses—both men and women were crazy over them.

The whole next day I was fuzzy-warm infatuated with the man, but only when he wasn’t around. As soon as we were together, the ga-ga feelings faded.

Probably because he wasn’t wearing a dress.

He did wear a dress once. (Actually, twice, but only once when I knew him.) (The first time was when his sister was fussing about wearing a dress and he got so irritated he said, “Here, give me the stupid thing. I’ll wear it.” And then he did.)

The only time I ever saw my husband in a dress was the eve of his surgery, about ten years ago. Earlier that day, he had gone to see a urologist because he thought he might have cancer. He had hatched this strange idea the last couple months of our three-year term in Nicaragua and I had laughed in his face. I think I probably said something kind like, “You’re such a hypochondriac. Just get over yourself.”

So our first month back in the states, when our firstborn was not even a year old and we were still living with my parents and reeling from culture shock, my husband took himself off to Doctor Becker (I kid you not) who informed him that he did indeed have testicular cancer. They would operate the very next day.

That night we were all hanging out downstairs when my husband descended the stairs in a slinky, fire engine-red dress. We shrieked wildly and pounded our thighs while he sashayed up and down in front of us, hips a-wiggle. And then, in a super-high falsetto, he announced, “After tomorrow I’ll be talking like this.”

Twenty-four hours later it was all over. He was doing more hobbling than sashaying, but the dress was nowhere in sight and his voice sounded perfectly normal, thank goodness.

That dream the other night, though, I don’t know. Something tells me I maybe ought to buy him a dress and some kinky boots. He may have secret talents that I’m not aware of.

This same time, years previous: chickpeas with spinach, the case of the flying book, spinach-cheese crepes, and skillet-blackened asparagus