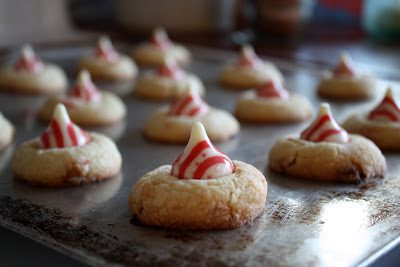 Vignette One: a finger
A few minutes ago the Baby Nickel announced that the just-turned off-stove burner was still hot, and, while I watched, struck dumb with horror, he cheerfully walked over to it, pressed his index finger to the coil and held it there. Cold water, ice, and a bandage later, he’s still crying. Good grief!

Vignette Two: my eyes
My eyes hurt all the time. The combination of age, genetics, and this computer screen is too much for these little squinchers of mine. I need to schedule an appointment with an eye doctor ASAP.

Perhaps this development is connected to my migraines?

Vignette Three: the whole body
Mr. Handsome is sick. “Sick” for him is different than “sick” for me. When he is sick, he shivers uncontrollably from chills, stays home from church, and then watches a movie while folding laundry and cleaning up the joint. When I’m sick—and just a cold is enough to flatten me—I recline on my bed of pain and do not move.

Vignette Four: boobs
The other day I made some cookies.

After pulling them from the oven, I dubbed them “Christmas Nippies.” Can you see why? 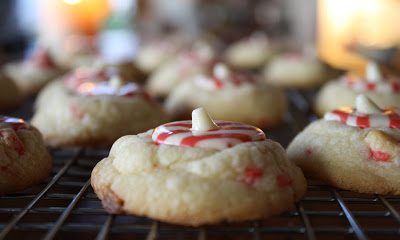 They are along the same lines as peanut blossoms—a rolled ball of dough that, once baked, gets anointed with a kiss—though in this case it’s a minty butter dough that gets a candy cane kiss. These cookies ended up being nothing special (they taste rather artificial—probably from the candy cane kisses—so I don’t even really like them [though I love the candy kisses all by their lonesomes]), but the kids enjoy them and they do look festive.

Anyway, once plunked in the middle of the hot cookie, the candy cane kisses got quite soft and creamy, so I, in hopes of turning them from kisses into coins, jiggled them from side to side. They flattened out into coins…with little nipples. 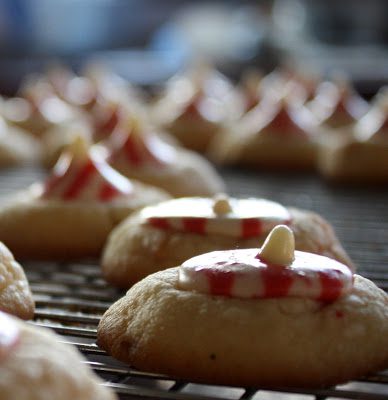 “You know what Darwin does?” my friend asked, referring to a friend, a giant of a man, super-tall and super-funny. “He likes to walk into a room, lift his arm up, and just stand there caressing those lights.”

Just the thought of Darwin stroking a boob light, a studied expression on his bearded face, got me hooting so hard that I sprouted tears and had to lean on the counter for support.

(Darwin has a way of bringing out the hilarity in life. At Wayne’s funeral, he put a can of Diet Coke, Wayne’s drink of choice, in his pocket so he could hold it for moral support while singing a solo, but then, while chasing down one of his kids prior to the service, he crashed into a railing, busted open the can, soaking his entire pant leg and filling his shoe with syrupy sweetness. We were all sitting in the basement hallway when he walked in with a stricken look on his face. His wife leaped to her feet in alarm, but then he produced the can, and as comprehension slowly dawned, our somberly dressed crowd dissolved into uproarious guffaws. Before his solo, Darwin showed the congregation the mangled can, told the story of how it came to be, and then sang beautifully. He did Wayne proud, Darwin did, pop-drenched pants and all.)

“I can’t stand the word ‘nippy,’” my friend went on. “People say the weather is ‘nippy’ and I hate it! I can’t even bring myself to say it.”

Forgive me if this conversation has destroyed your ability to freely enjoy weather adjectives, cookies with kisses, and ceiling lamps, but I needed to get it off my chest. (Oops.)

And just so you know, I come by my ability to draw correlations between inanimate objects and body parts quite honestly… from my mother.

Who refers to whole, canned plums as, um, testicles.