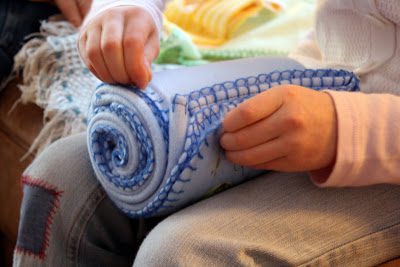 This was (mostly) written on the 23rd.
And forgive the unpolished nature of this post.
At this point, it’s all the better I can do.

I banished the kids to their rooms for rest time so that I could tell you a little more about our elving and Christmas cheer. The latter of which there is none in this here house today. Instead of fa-la-la-la-las, there’s a profusion of stink-eye, tattling, and the all-out favorite game of Let’s Beat Each Other Up And Then Cry About It. The blood-curdling screaming has been out of this world.

Maybe rest time will last two hours instead of one. We’ll see. My throat needs a break.

(Oops. I just gave myself away, I’m afraid. For shame.)

Like a good mother, I have continued to seek the ever illusive holiday cheer in spite of my trials and tribulations. My computer streams Christmas music ‘round the clock, I make long, detailed grocery lists, and Mr. Handsome and I put the kids to bed and then prep goodies for their Christmas stockings.

Yesterday morning the kids and I went shopping for this year’s Christmas Present for Jesus—the supplies for several newborn kits for Mennonite Central Committee. On the way home, triggered by the morning’s shopping and the homeless man we spied as we drove through town, the kids and I sustained a longer-than-normal conversation about poverty and homelessness. They were all a-fire, coming up with ideas to fix the problem then and there, so I gamely helped them brainstorm ways they could help the poor. They talked about opening hotels where the homeless people could live, and wondered why we haven’t invited someone to come stay with us.

“We did,” I reminded them. “Our foster kids were homeless.” That took the wind out of their sails since they know firsthand how hard and totally unglamorous fostering is. 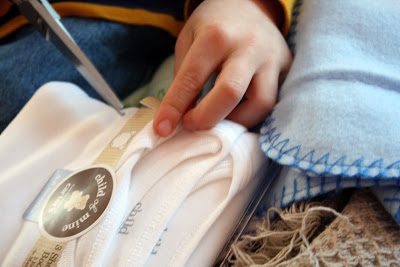 Back home, the kids helped unwrap the baby things, sort them out, and rebundle them according to MCC instructions. We’ll take them to our Christmas Eve service—I hear there will be a time in the service for people to bring their kits up to the front. 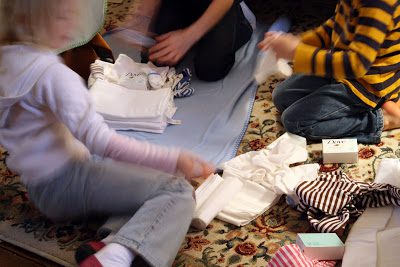 (But now I’m worried. We only made three kits and I have four kids. I never was very good at math and now there’s sure to be consequences…) 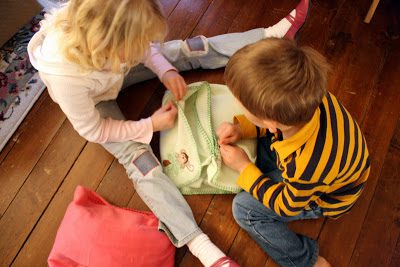 Last night we loaded up one of our wash baskets with the majority of my Christmas baking—leaving samples of everything (but the Christmas Nippies) at home in the freezer, and not giving away ANY of the fig pinwheels—and handed out little bags (a half dozen cookies in each) to the people who came to the food pantry. One woman ignored the one-bag-per-household limit and took five (or was it six?) bags. I laughed incredulously over how she blatantly, boldly, cheerfully made off with such a haul, but I must say, I felt rather fond towards her, too. Her family will feast on the cookies and that makes me happy.

I think that’s what bothered me about the evening—because I did come home feeling bothered. It wasn’t the in-my-face discrepancy between the Haves and the Have Nots. It wasn’t seeing the quiet shame in the wrinkled faces, or the hats-in-the-hands respect of the men. Or even seeing a palsied older man who looked exactly like the chief from One Flew Over the Cuckoo’s Nest. We think, judging by his get-up, that he was homeless.

Oh, dash it all. I just got tears in my eyes writing that paragraph so maybe it was some of that, too. Maybe I’m just fooling myself that it doesn’t break my heart to see such a crowd of stomped-upon and tired folks. Maybe their exhaustion makes me sadder than I want to admit. Because what’s the point of feeling sad about something that’s so hopeless? Something that will never change? (Don’t answer those questions. They’re rhetorical. I know all The Right Answers, and I’m not being cocky when I say that, either.)

Perhaps because I don’t allow myself to dwell on those feelings of inadequacy and sadness, all my angst got projected onto those piddly little bags of cookies. Six cookies per household! That’s nothing! I love to share what I bake, but I like to do it freely, abundantly. Giving out measly little tastes made me feel the opposite of generous—I felt stingy and frugal. My style of giving was cramped and I didn’t like it one little bit.

Trite though it is, I suppose it’s the thought that counts, the little bit of Christmas cheer, the Baby Nickel bellowing “Merry Christmas” á la the Herdmans, the older kids shyly inviting the people to come get a bag of cookies and then calling Merry Christmas as they walked away, a volunteer following along behind to push the cart that held their few bags of groceries.

The whole thing made me so uncomfortable that I spent more time away from our table than beside it.

I came home feeling like we hadn’t given anything. We had received, yes. There’s the fresh perspective, the little holes in my heart, the renewed appreciation for what I do have. But even that rings hollow to me, as though I’m using other people’s problems to bolster myself.

In any case, the whole experience made a huge impression on the kids. There is that. It’s not much, but maybe that’s okay?

This same time, years previous: on doing the dishes,