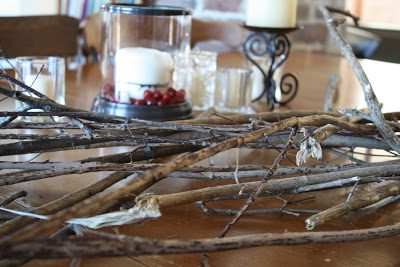 I have been inspired to do some elving. It’s all because of Amanda, a (what appears to be) mellow mom of four, an unschooler, a knitter, a maker of many things, a savor-er of the mundane. I read her blog and then find myself doing odd things like spending an hour on the phone trying to find a store that sells empty lip balm containers (homemade peppermint lip balm coming right up!), painting twigs with glitter paint, and emailing a friend to see if she’ll give me knitting lessons.

“Elving” is the word that Amanda uses for the festive Christmas preparations. I love that noun turned verb so much that I had to take it for a spin. After just a couple days of elving (and more to come), I’m pleased to report that, even though I’m the opposite of mellow (and then some), it has taken us all for a pleasant ride. Elving is here to stay! Hooray!

So, without further ado, I present to you—dum, dum, da-DUM—The Elving Chronicles!

Bit O’ Magic Number One: Twigs
They got collected and chopped up.

I turned my sticks sparkly and, as soon as I get a glue gun (and add “Martha” to my middle name), I’ll turn them into little stars for the tree. 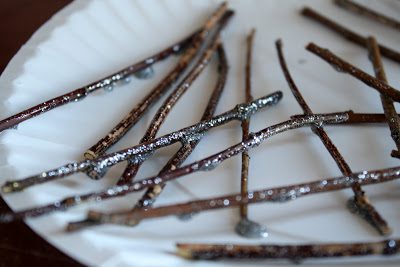 The kids took a bundle of sticks into the downstairs bedroom and, with the help of elastic ponytail holders and some gauzy-type stuff, built a little house for baby Jesus and fam (who have yet to make their appearance). 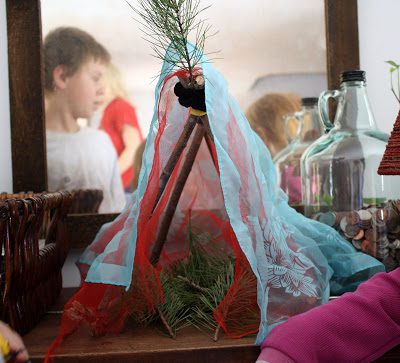 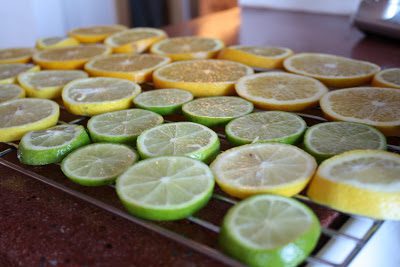 Miss Beccaboo and I worked together to tie them with ribbons in preparation for their coming out party on the Christmas tree. 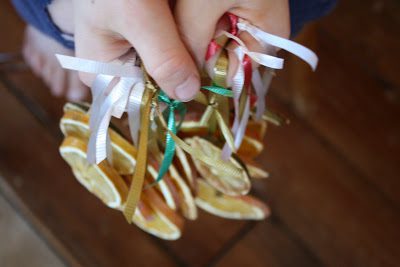 Which brings me to…

Bit O’ Magic Number Three: The Tree
We have a tree! Finally, finally, we got around to finding enough gloves and hats so that the whole family could tromp out in the cold at the same time. After a day of standing naked in front of the window (well, except for briefly featuring our household’s entire toy collection… 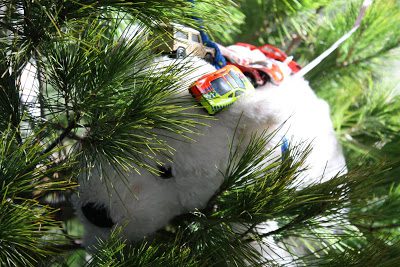 …including some plastic fried eggs) 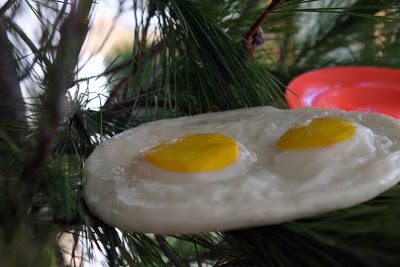 it sports its first glittery coat. (Stages, you know.) 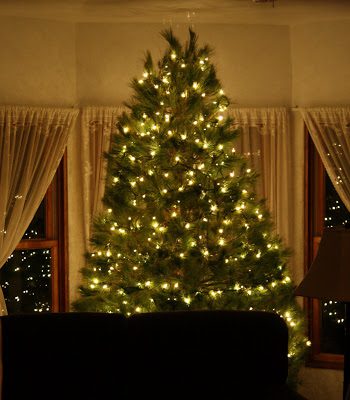 Bit O’ Magic Number Four: Candles
I’m a candle freak under normal circumstances, burning my way through up to a dozen votives on the drearier months, but come December, I go all out. 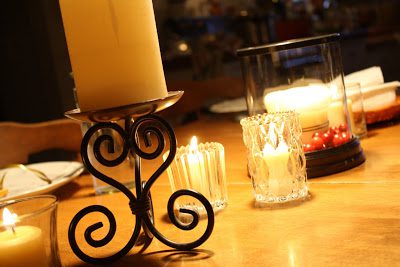 Nothing less than a forest of glimmering brightness will do, with a few cranberries thrown in for good cheer.

What elving is happening in your neck of the woods?