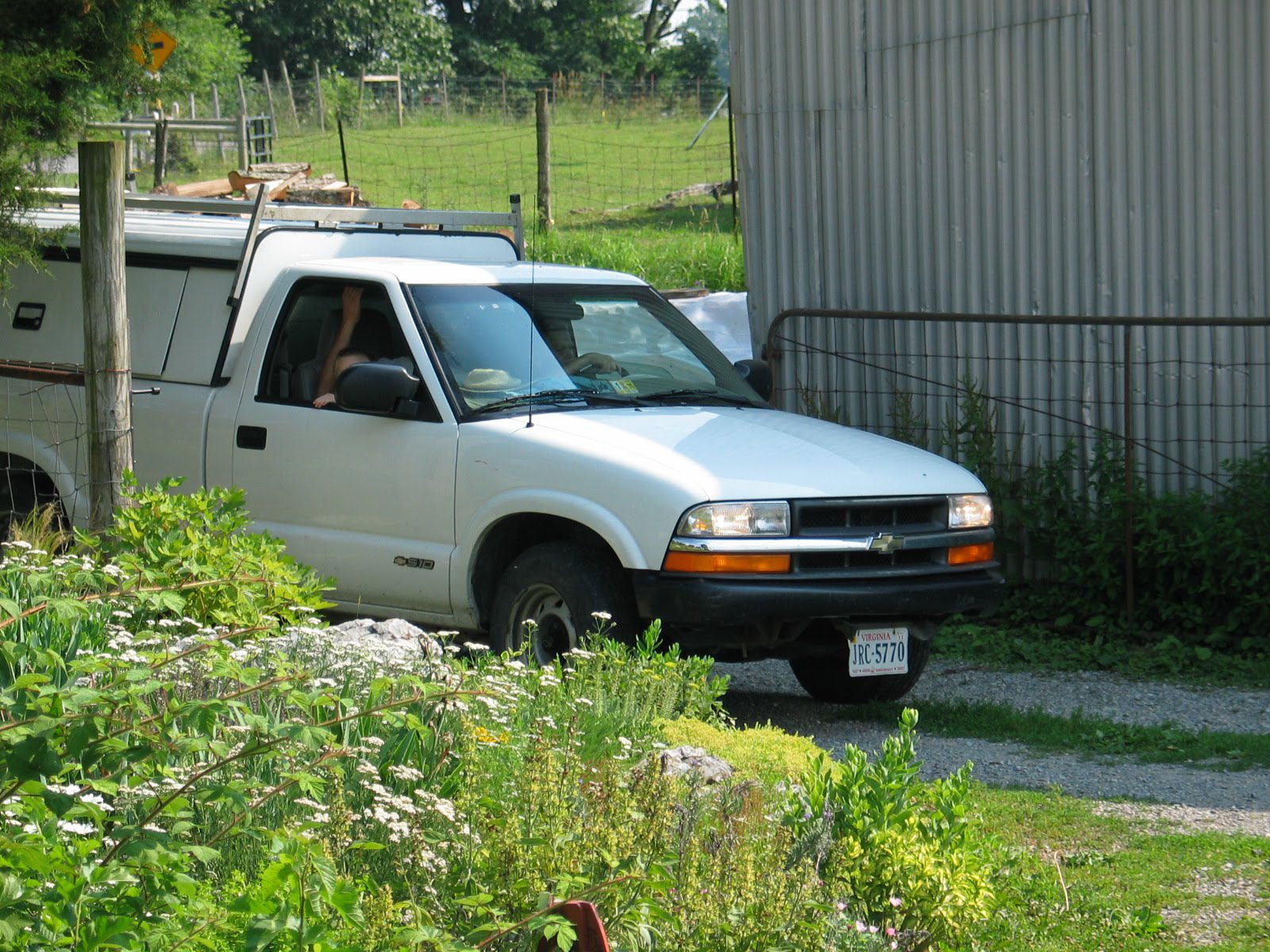 The girls were gone this past weekend, drastically reducing the amount of hullabaloo that goes on around these parts and allowing for the boys to get more of our attention and/or get away with a bunch of stuff they don’t normally get away with, like using the machete and driving the truck.

Yep, Yo-Yo got his very first driving lesson! He did a pretty darn good job, too.

Though he could hardly see over the steering wheel. 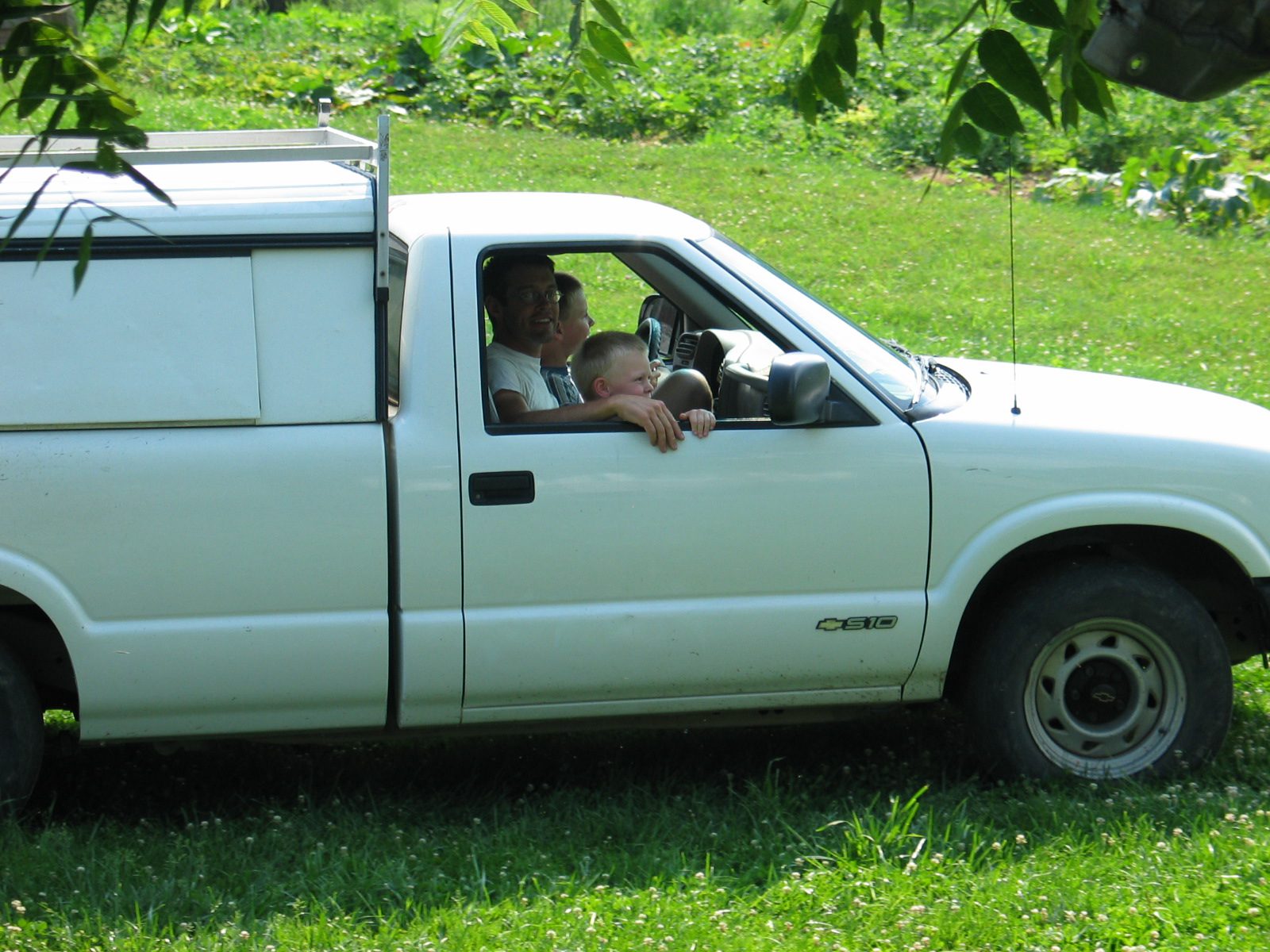 He always likes to tell me about how he’s going to drive 120 miles per hour as soon as he can drive, how he’s going to race cars, how he’s going to take corners on two wheels. In one attempt to give him a lesson in reality, Mr. Handsome has wibble-wobbled the car all over the road, demonstrating how new drivers typically drive. But the questions and bragging don’t stop. I pretty much ignore him, figuring he’s all bluster (though his papa has some hair-raising driving stories to tell about back in the day when he was a bloomin’ 17-year-old fool so I suspect Yo-Yo will rack up some of his own tales someday, but I don’t like to think about it so I don’t). 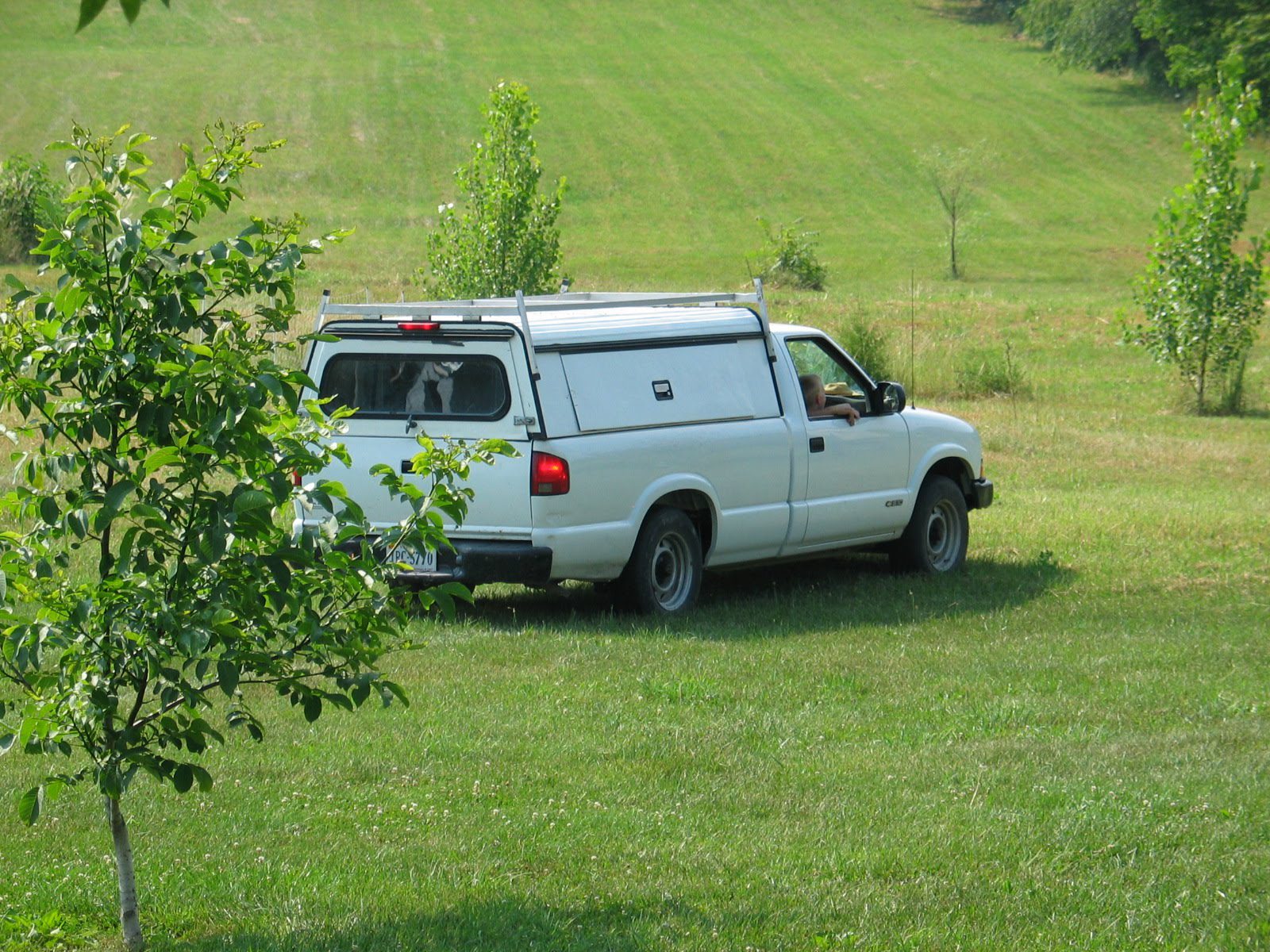 Mr. Handsome and I were sitting at the kitchen table shelling peas when Yo-Yo approached us and asked, “Can I have a driving lesson?” Mr. Handsome, without missing a beat, said Sure, and Yo-Yo’s eyes about popped. Then he quickly ducked his head and attempted to suppress the grin that was threatening to split his face in half. He finally gave up, threw back his head, and half-yelled, half-crowed to the heavens, “I CAN’T STOP SMILING!”

We just sat there, shelling away, placidly watching as he valiantly struggled to regain composure.“You have to clean the bathtubs and do some other jobs first,” I said, in an effort to help him out. It worked for a minute. He steadied himself, took a slow, deep breath … and then resumed smiling. 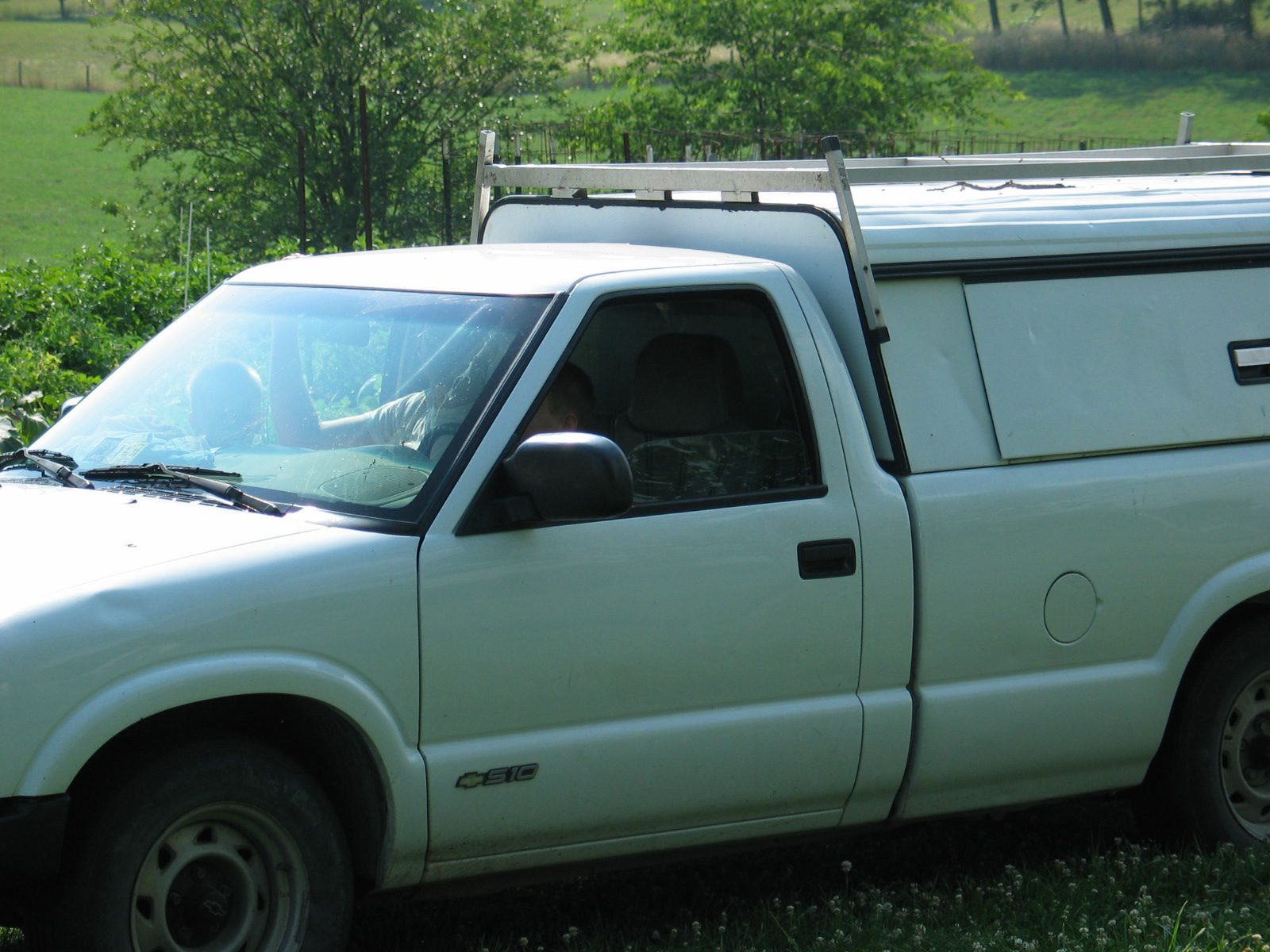 Later that afternoon after he did his jobs (and he did them well, too!), the boys all piled into the truck. Mr. Handsome and The Baby Nickel sat in the passenger seat and Yo-Yo manned the controls. He drove down through the field, behind the chicken coop, and back up to the barn. Twice. 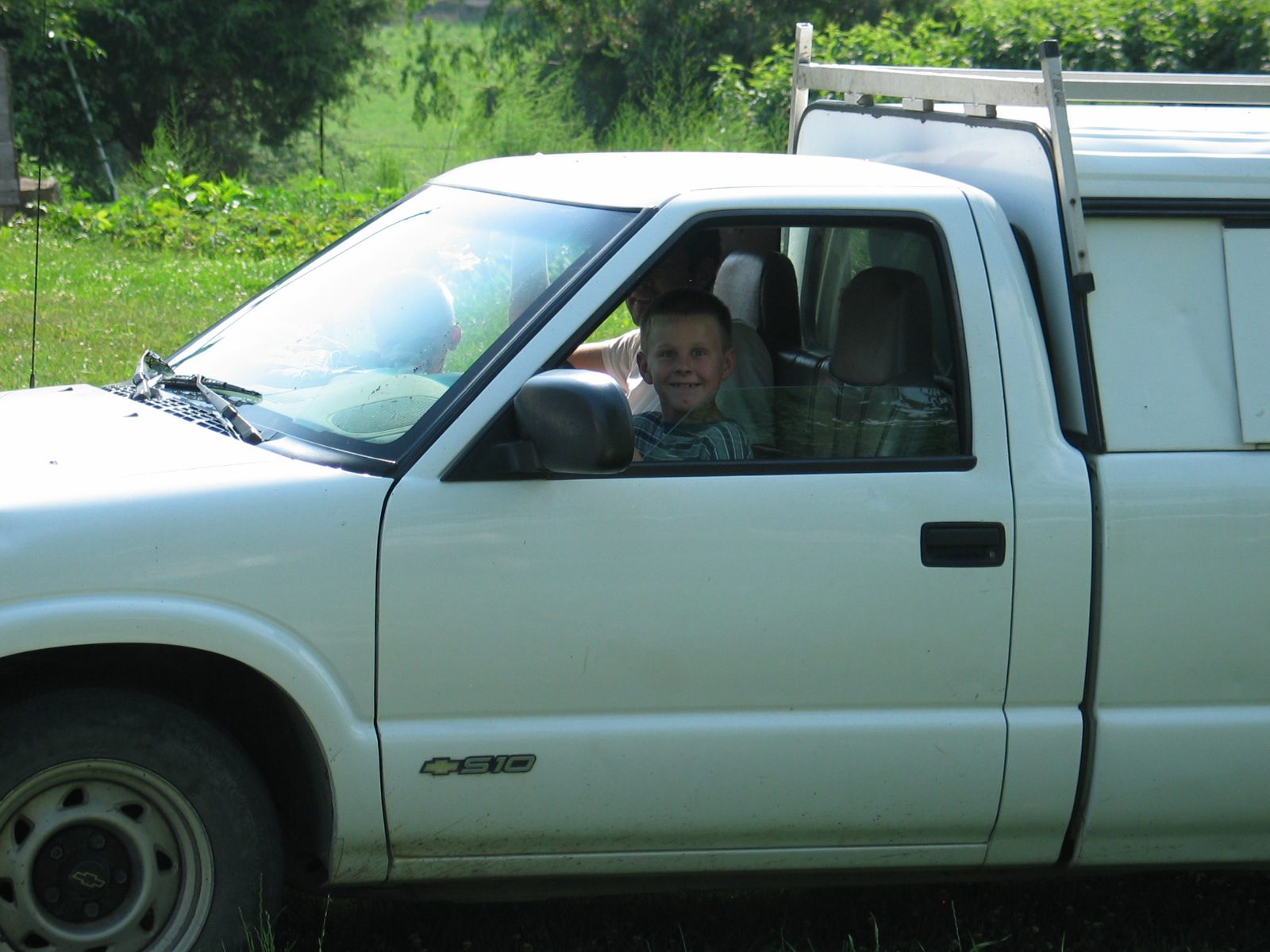 When the kid got out of the truck he was two inches taller and had a deep voice. 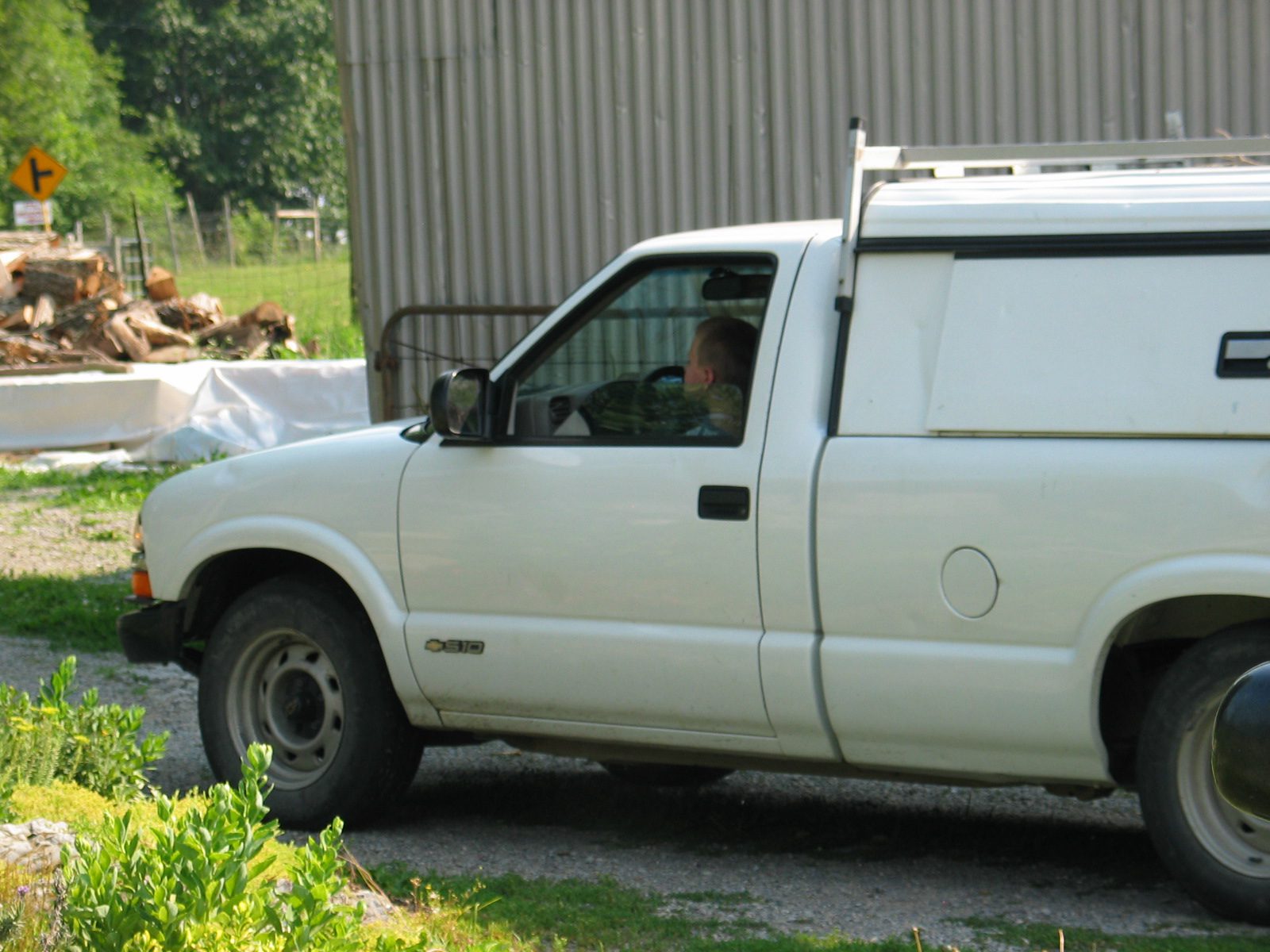 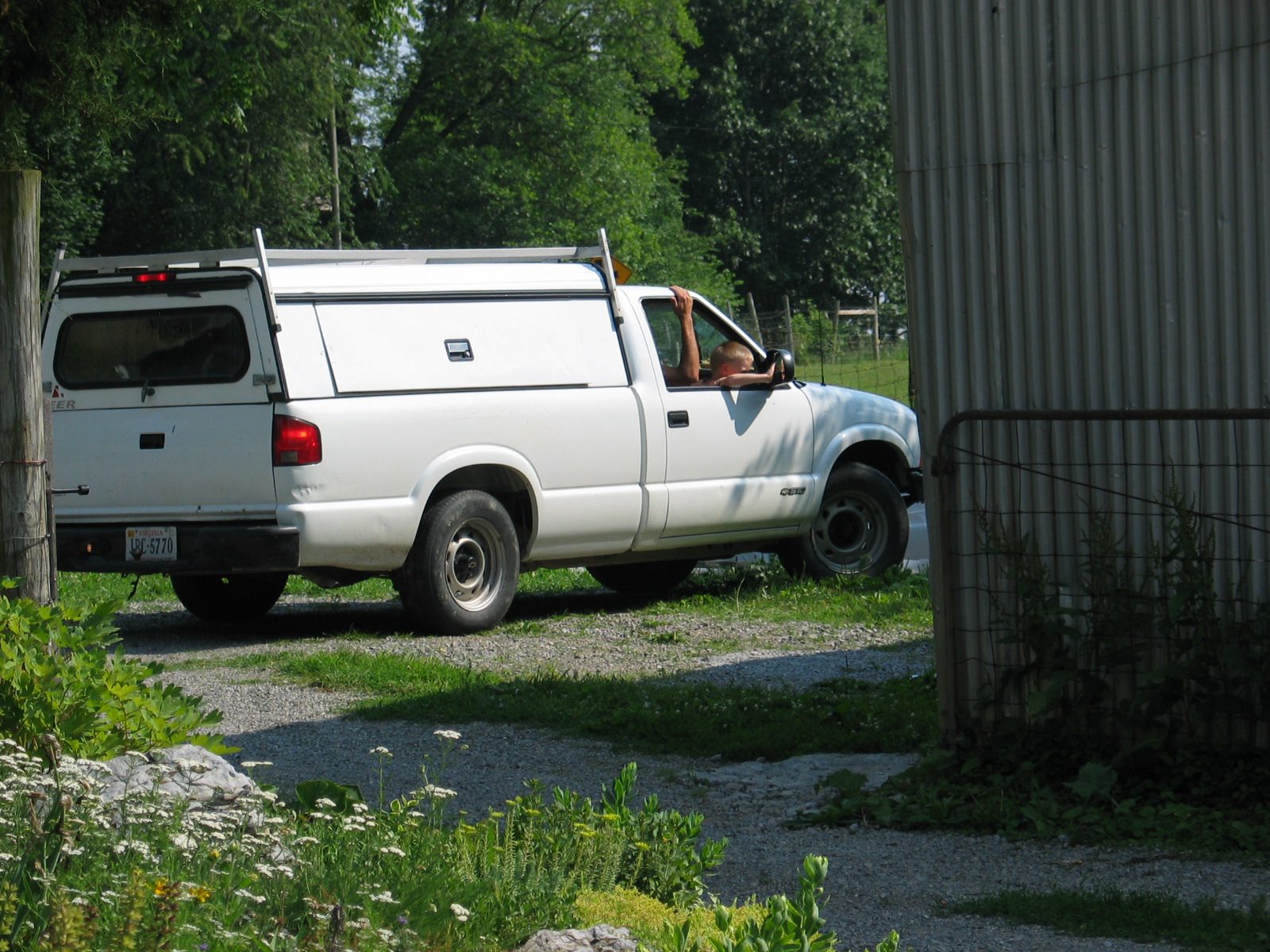 Actually, he walked around with his hands in his pockets, kicking at some rocks with the toe of his sneaker, trying to pretend it was no big deal and failing miserably.

About one year ago: A public service announcement that was then quickly followed with There’s a red beet where my head used to be. I have no excuse.