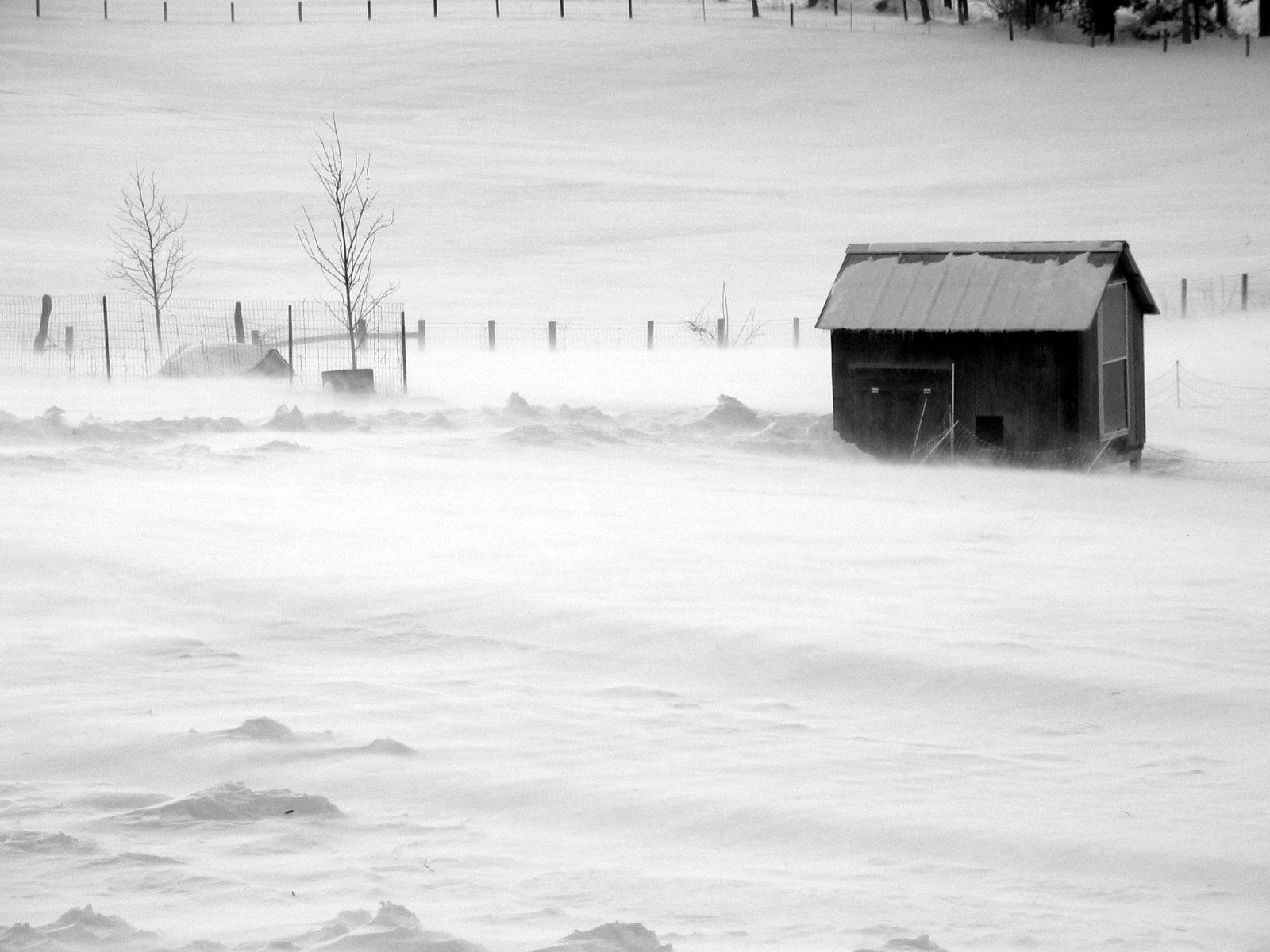 The wind whistles and shrieks, whipping the snow into such a froth that for several moments at a time it feels we are living in a cloud. The porch swing thumps eerily against the side of the house and a dangling phone wire lashes the north side of the house like it means to inflict serious harm.

We are prepared for the power to go out: glass jars are filled with water, the floors are swept, the children are bathed, a load of laundry is drying by the fire. The kids walk around with flashlights, nervous they’ll be left in the dark. I check email obsessively, wanting to be totally up-to-date (though on what, I’m not sure) when our internet tower blows over and leaves me in the dark yet again. 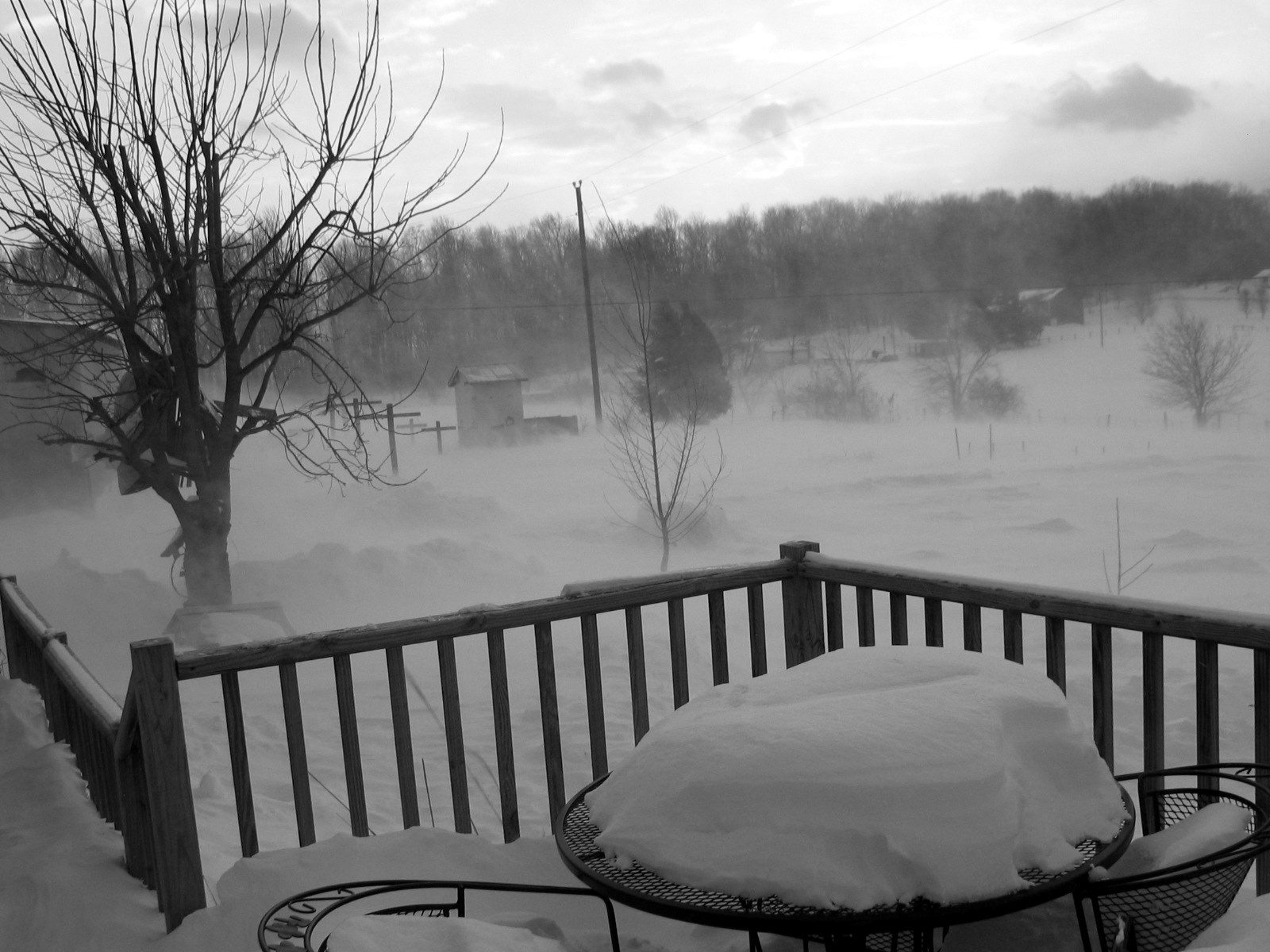 I was marveling to Mr. Handsome tonight that it’s such a big deal when we are actually hindered by something bigger than us—in this case a snowstorm. People the world over deal with this type of disruption on a daily basis and it’s often much worse, I said, and I was thinking about the Bosnian war, the Indonesian tsunami, the Haitian earthquake.

But, he pointed out, it’s usually not because of snow—it’s transportation or not enough money or what have you. 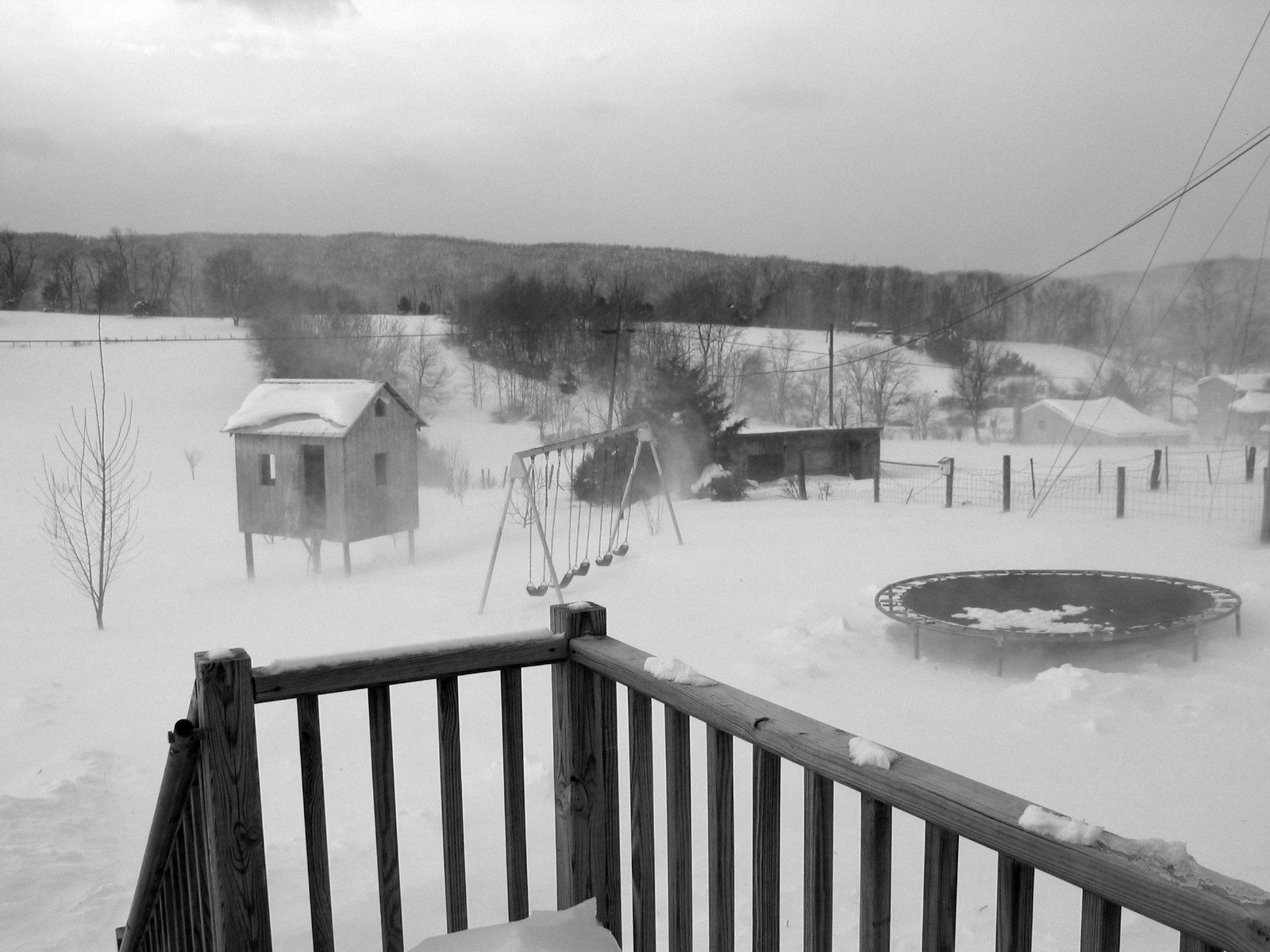 Yes, I said, but we aren’t used to having to give up anything. We come and go whenever we want.

But not now, we don’t, no sirreebob. We are frozen stock-still in our tracks. 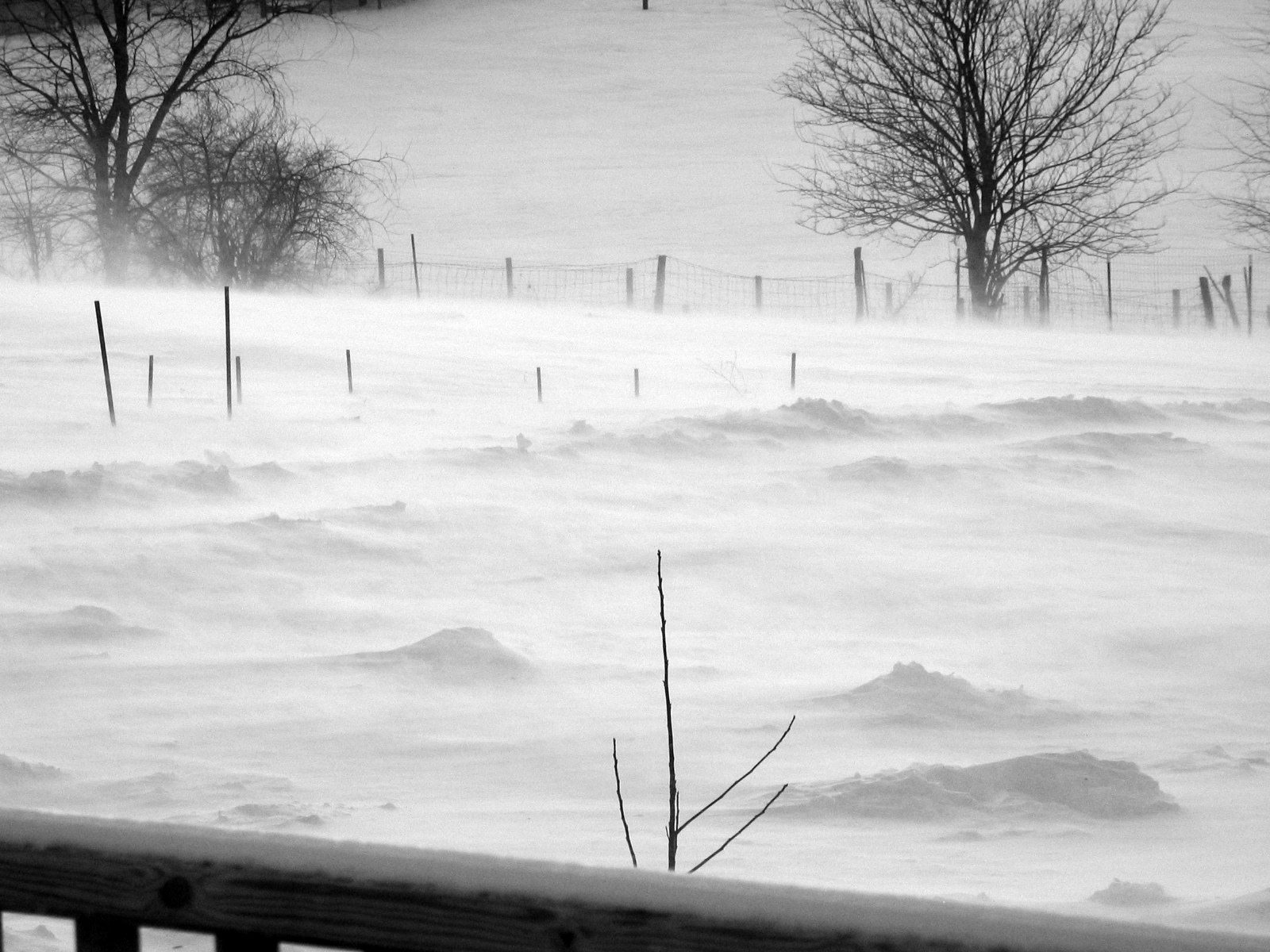 It’s a different place to be.