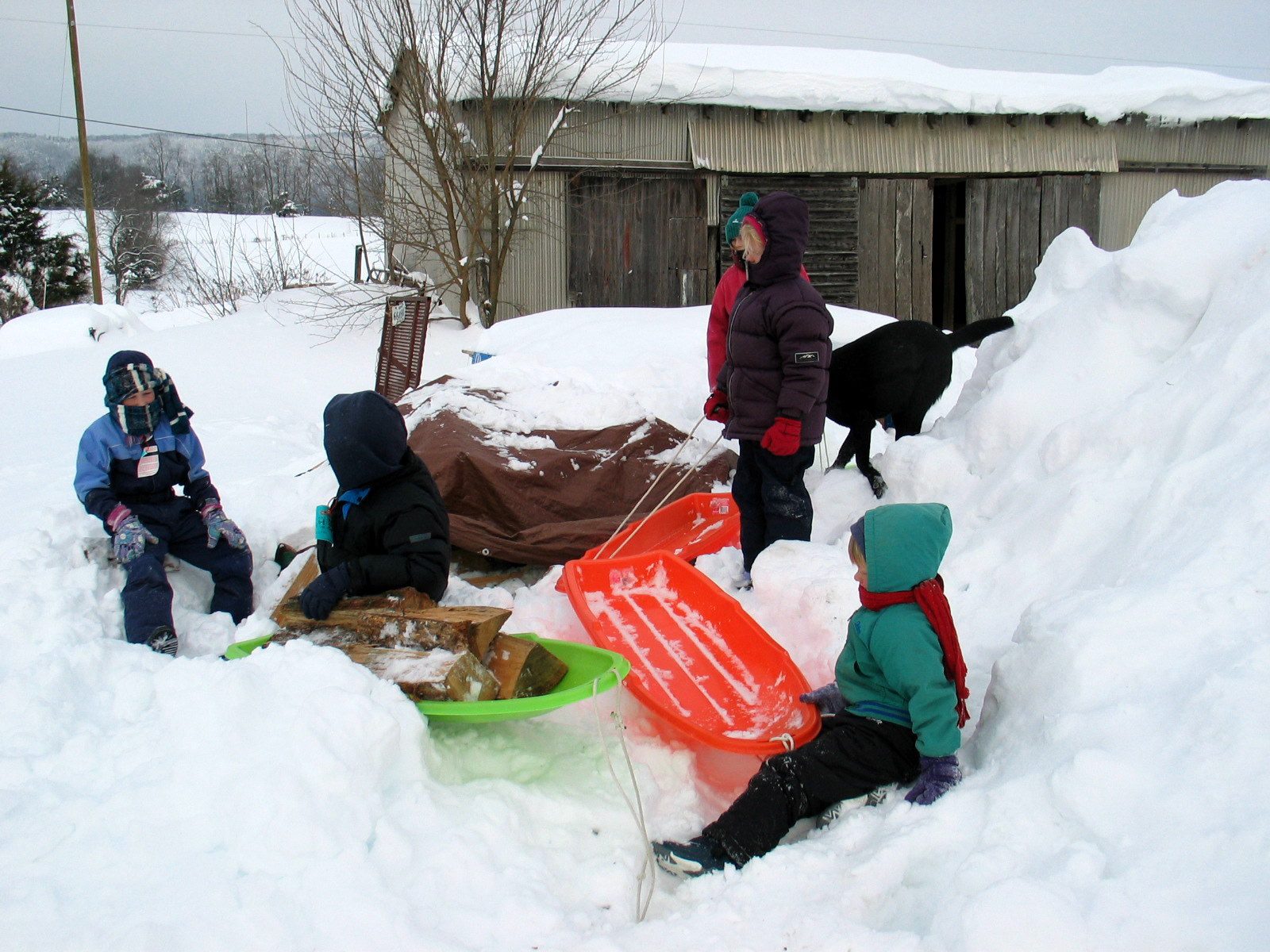 It is bitterly cold today, with a wind that violently whips snow into eyes and up noses. It was under these fair conditions that the kids and I had to haul wood. We had two extra kids—friends of Yo-Yo and Miss Beccaboo—to help out, lucky us, so after morning chores were completed, I hollered and yelled and cajoled till each and every kid was bundled up to their eyeballs and cast out into the white wonderland. Then I followed suit.

Because there is more than two feet of snow on the ground, we had to use sleds to carry the wood. In fact, the woodpile was under more than two feet of snow. It took a bit of digging to first find it and then more scrambling and tugging and brushing to find the edge of the tarp that covered the wood. Every now and then I would sink down into snow that came up to my thighs. It occurred to me that digging someone out of rubble would be a truly horrible thing. 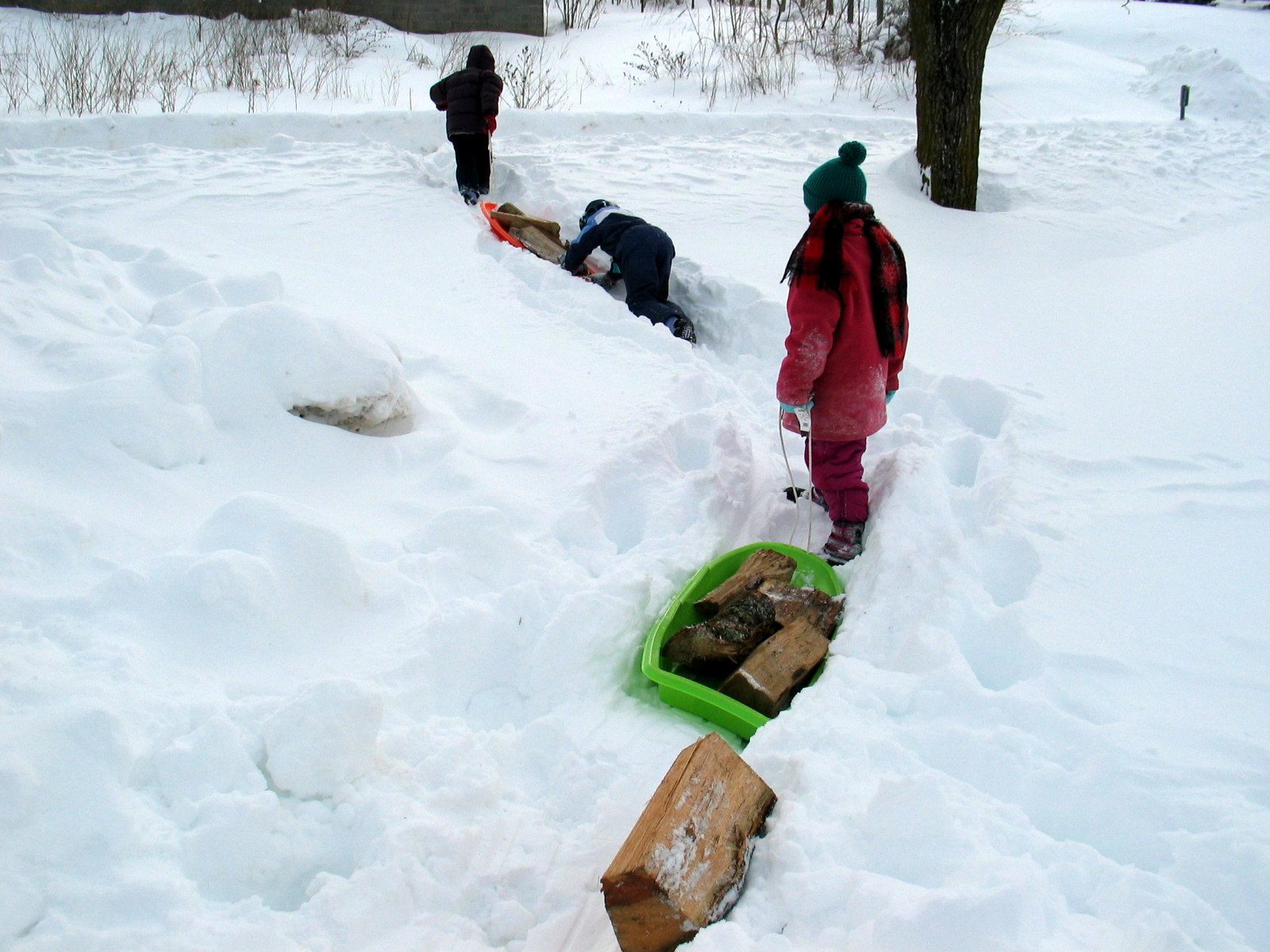 I broke a trail from the woodpile to the road. Then we got a system going. The kids pulled up by the pile with their sleds and waited while I threw on the logs. 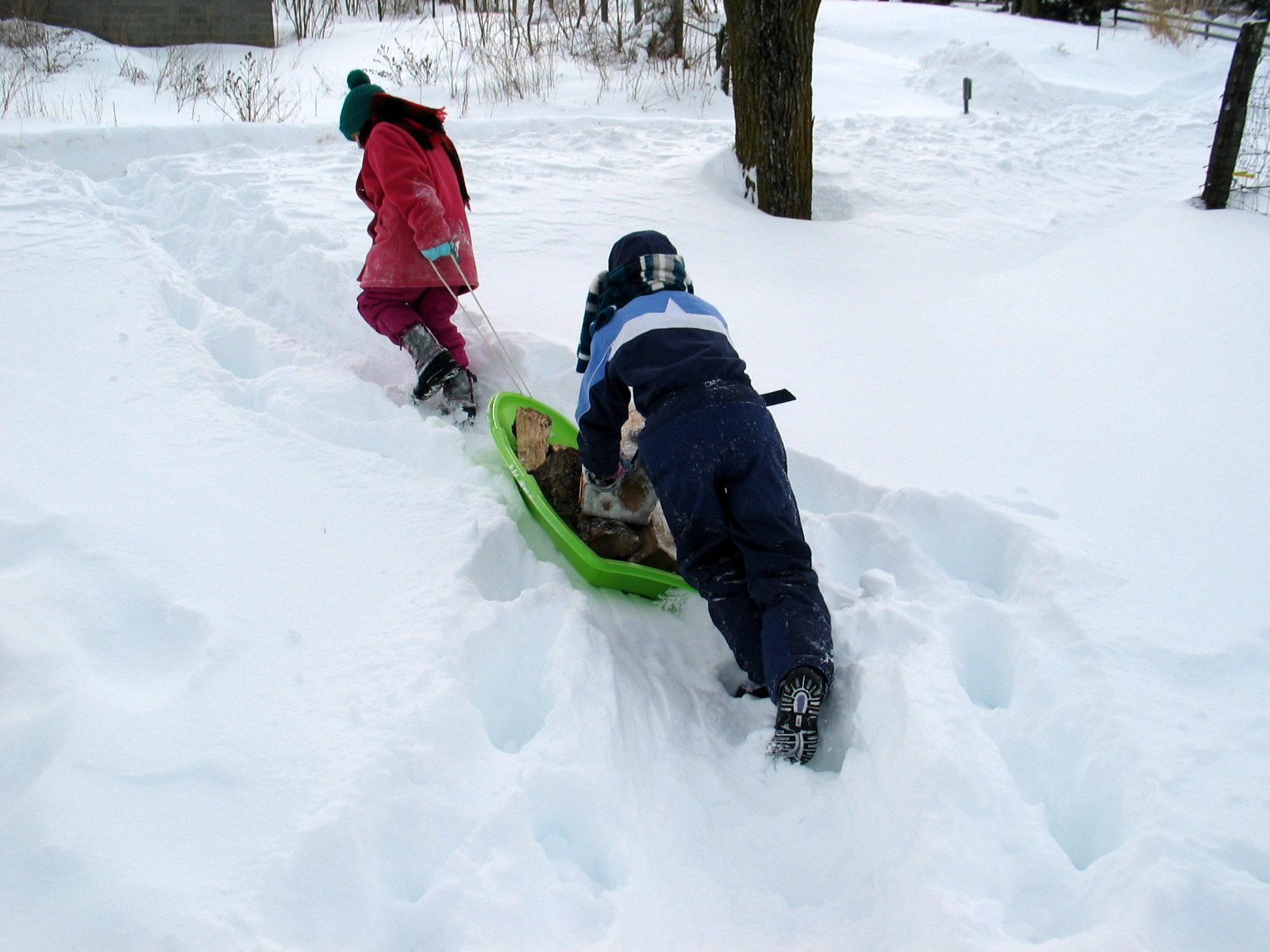 Then, working in twos, they push-pulled the loaded sleds out to the road. 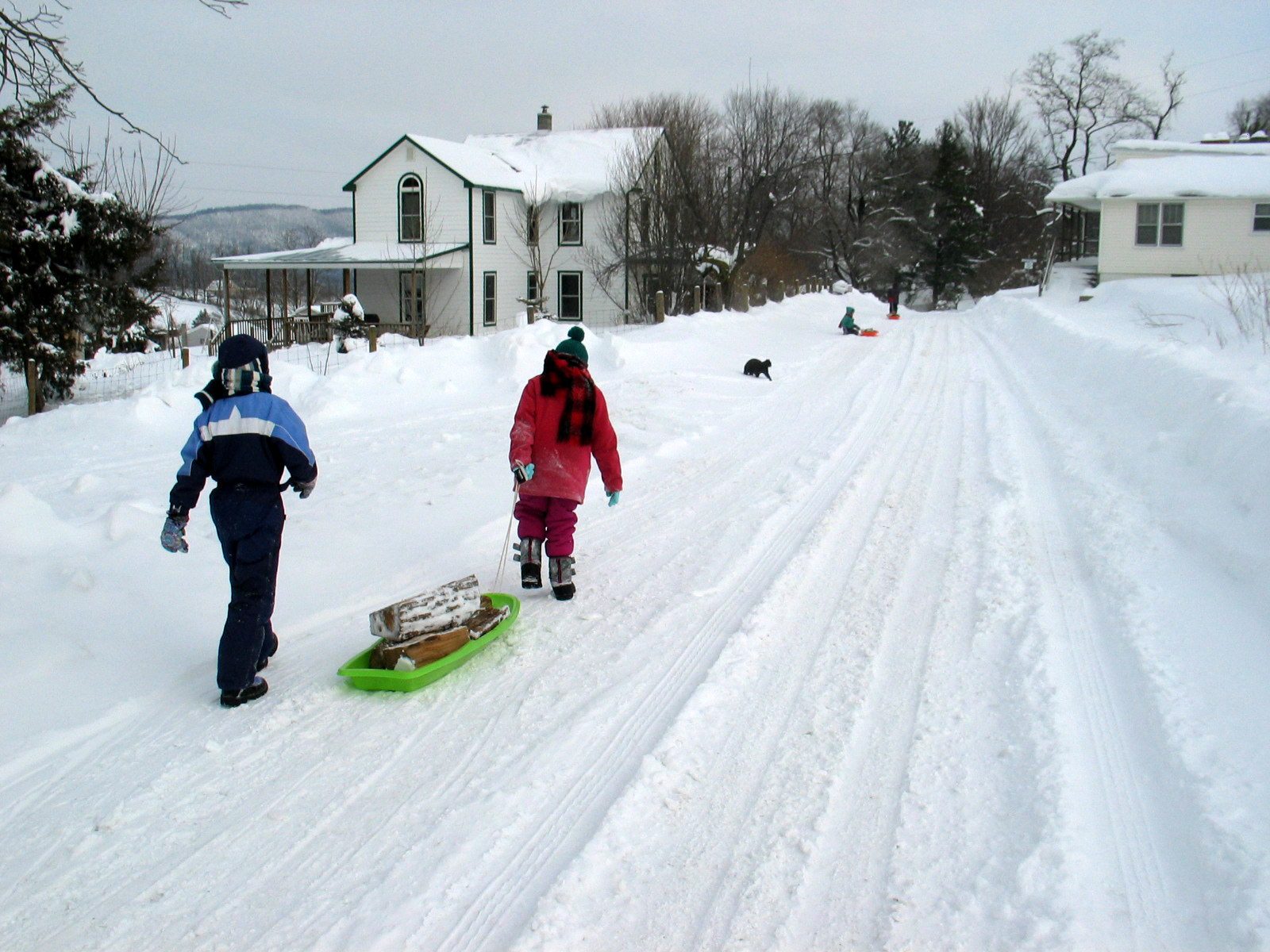 From there they walked single-file to the house where they again had to work in twos to push the sled up over the pile of snow blocking the entryway. 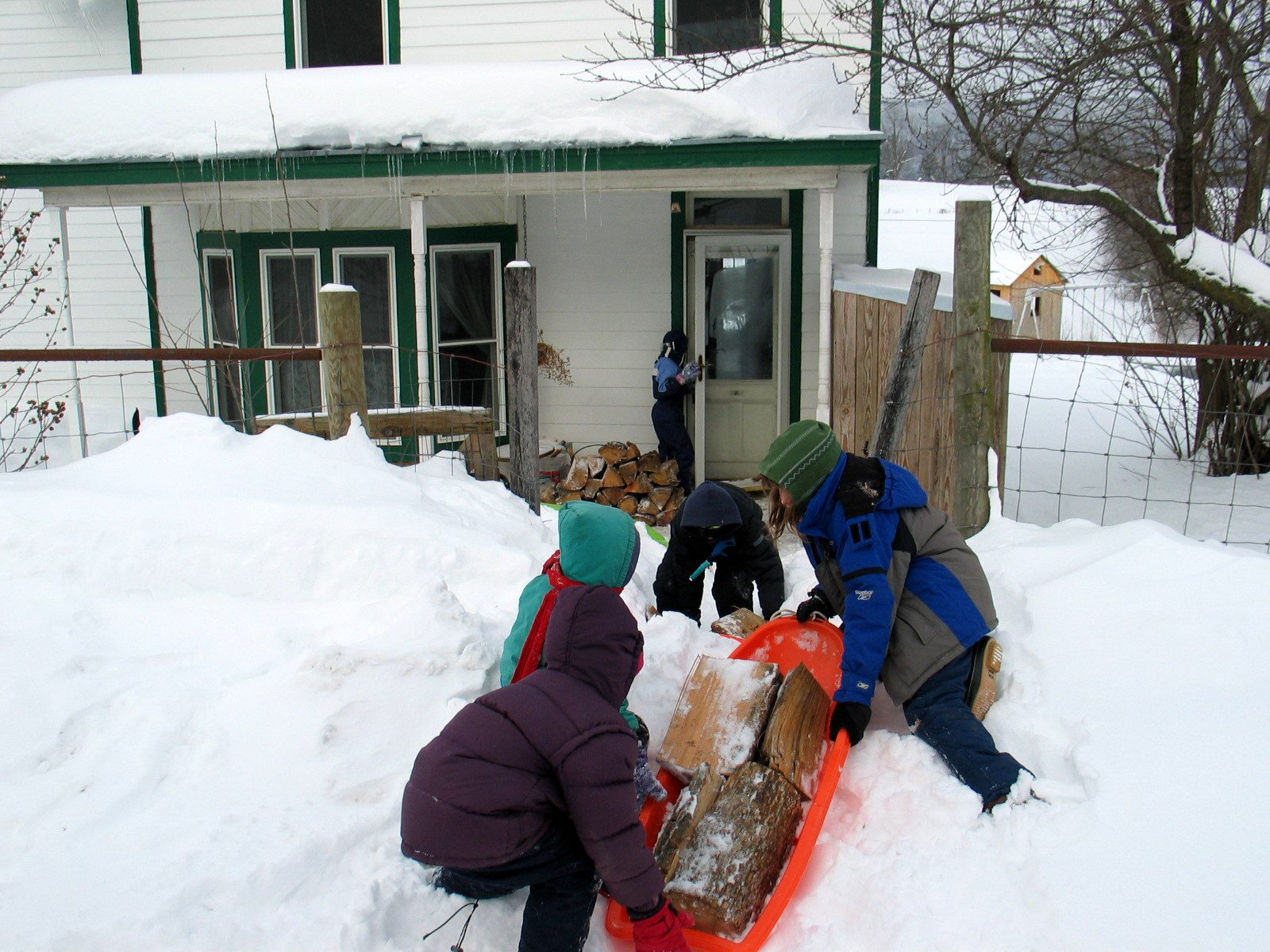 Then they gave the sled a little shove and watched as it zipped down the trail and onto the porch. 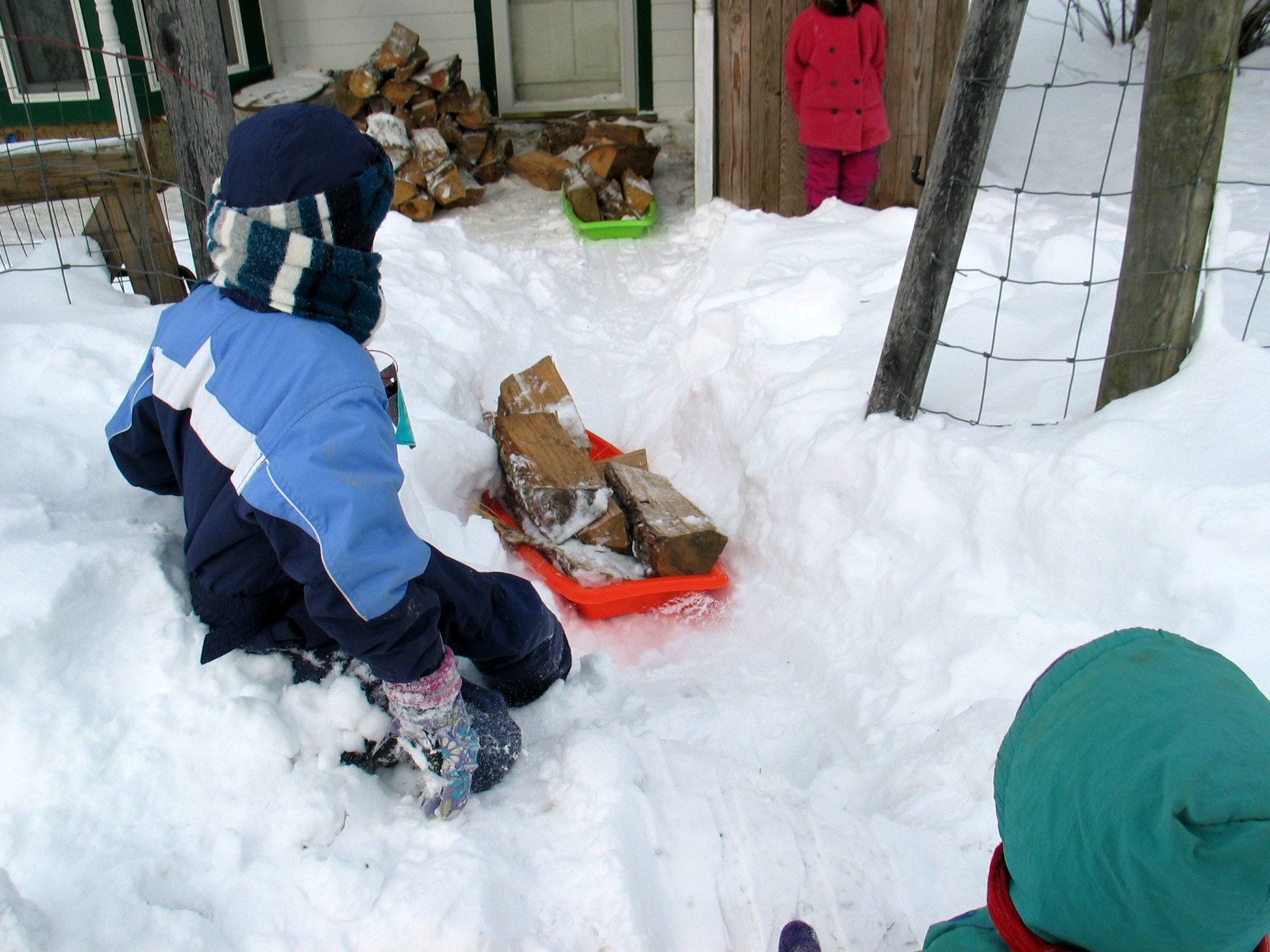 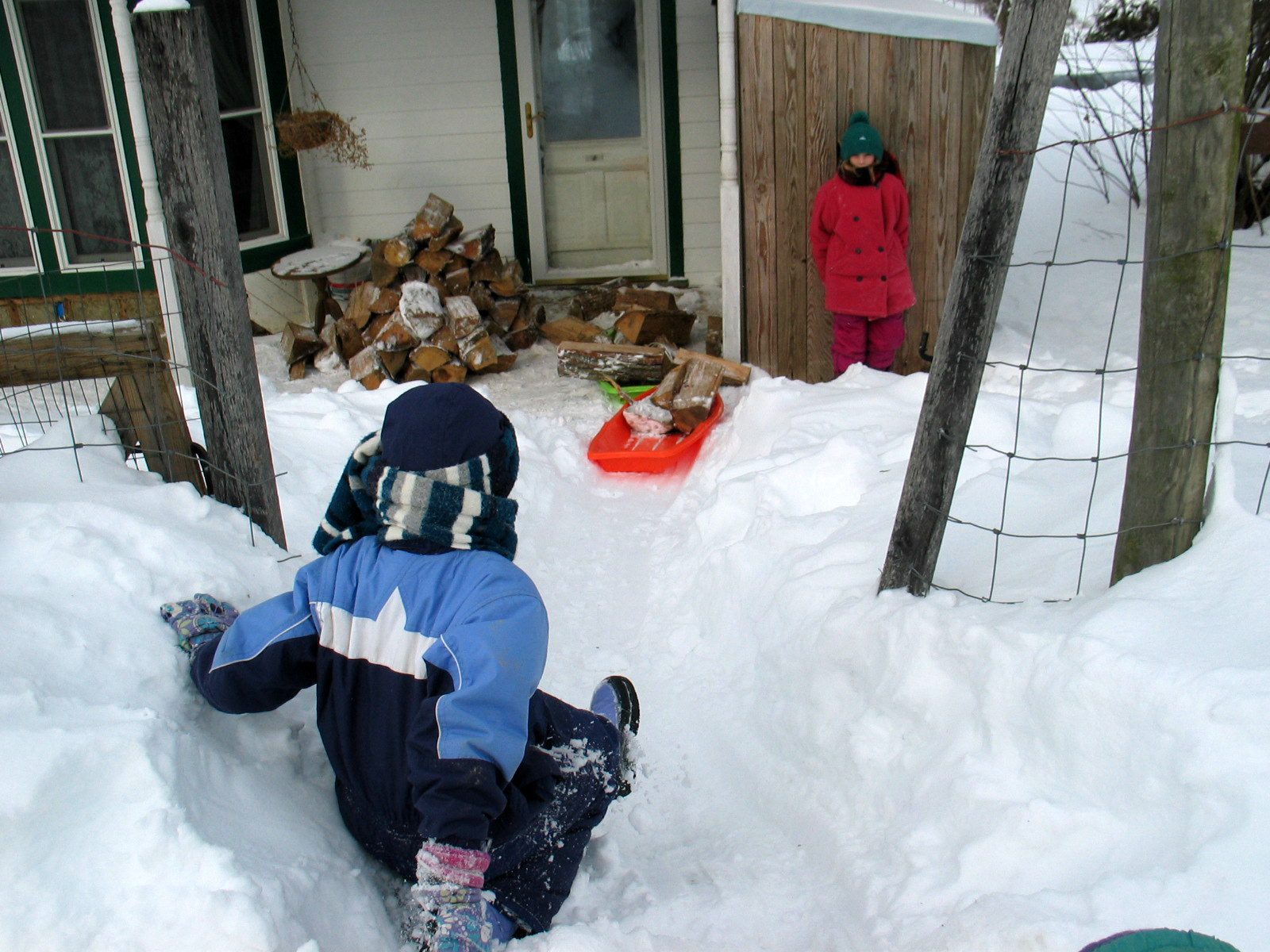 They unload and stacked the wood. 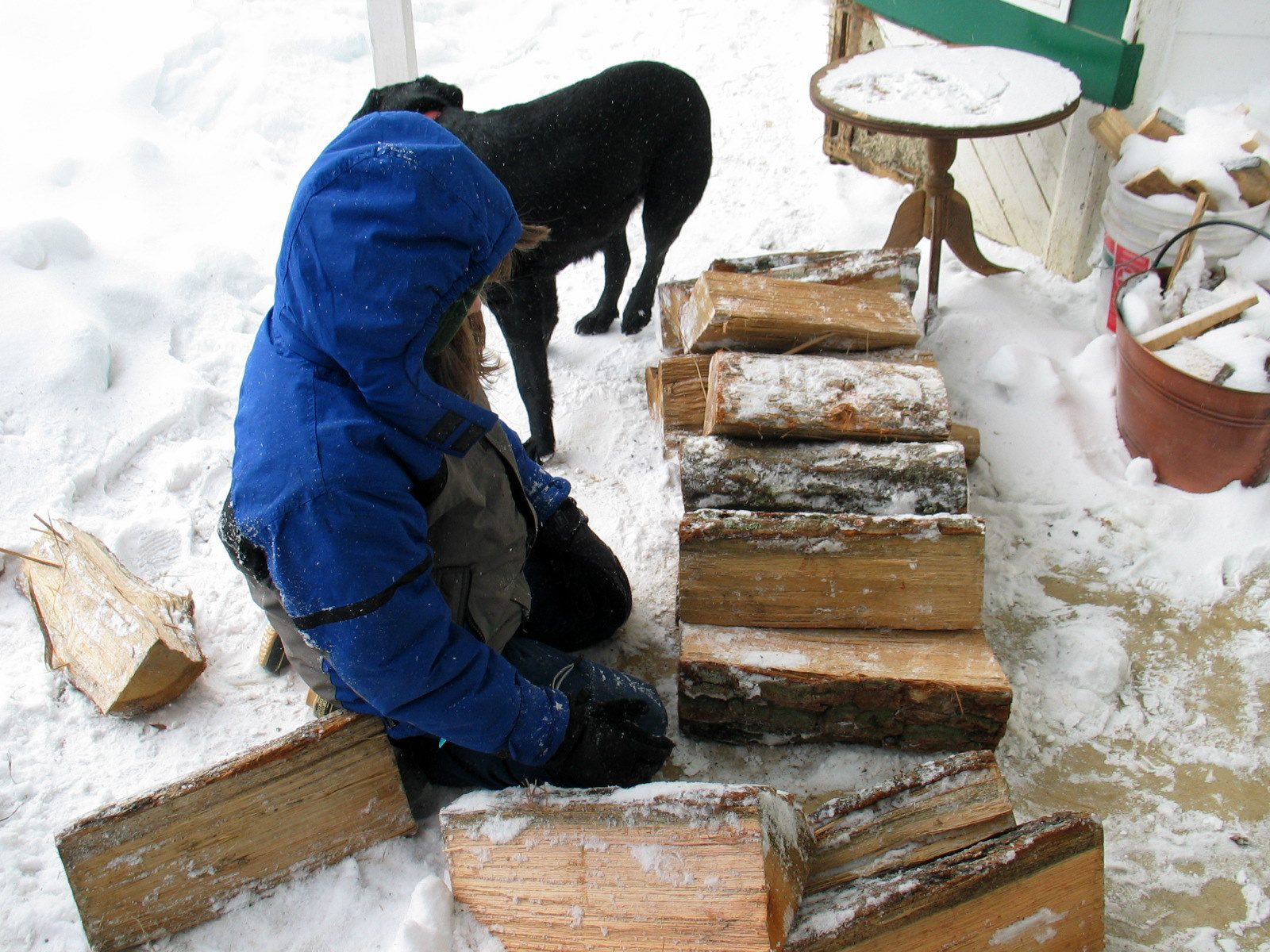 It was icy and slippy on the porch and once in a while a kid would hit the concrete. 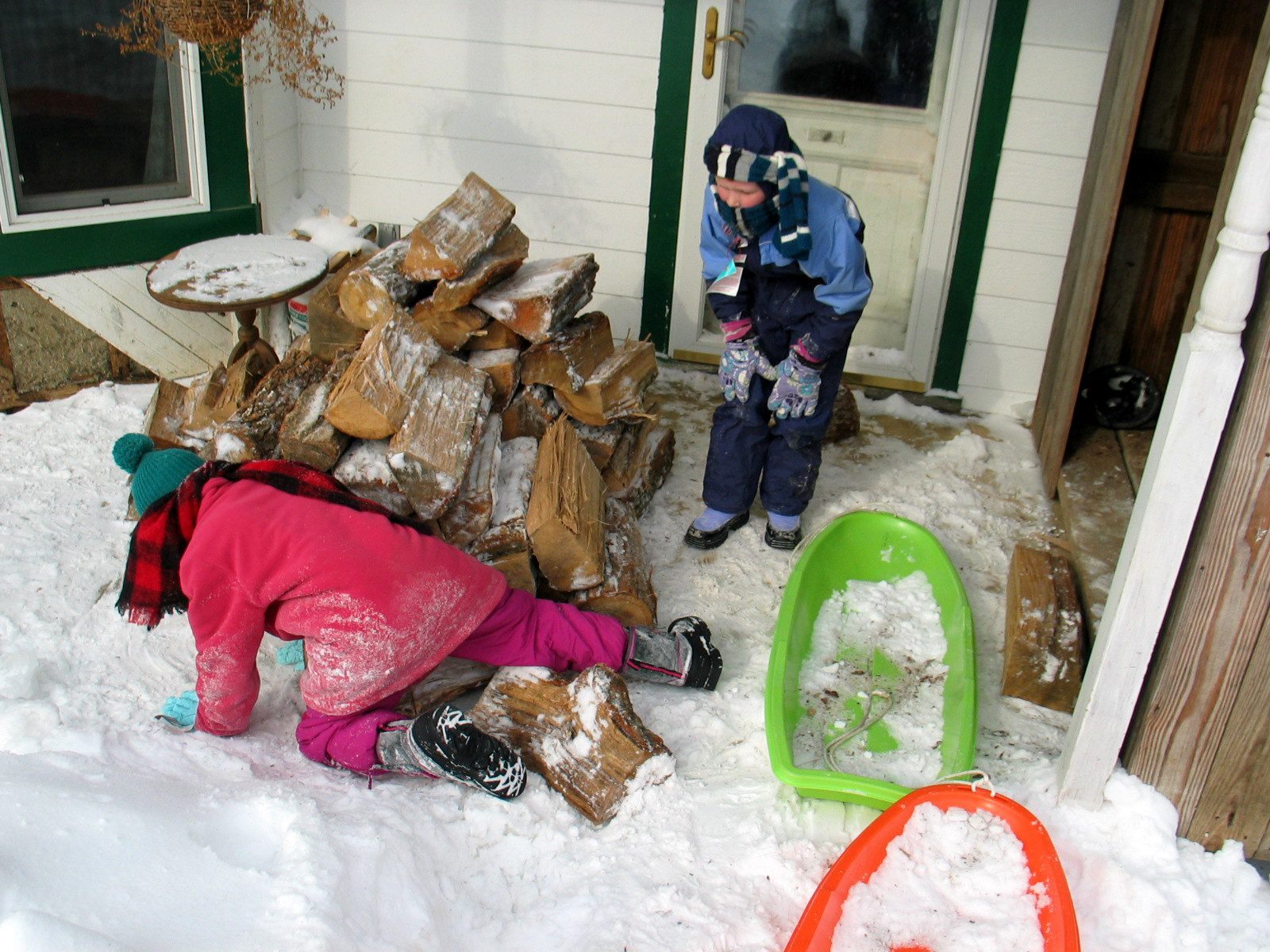 But they persevered, tough kids that they are. 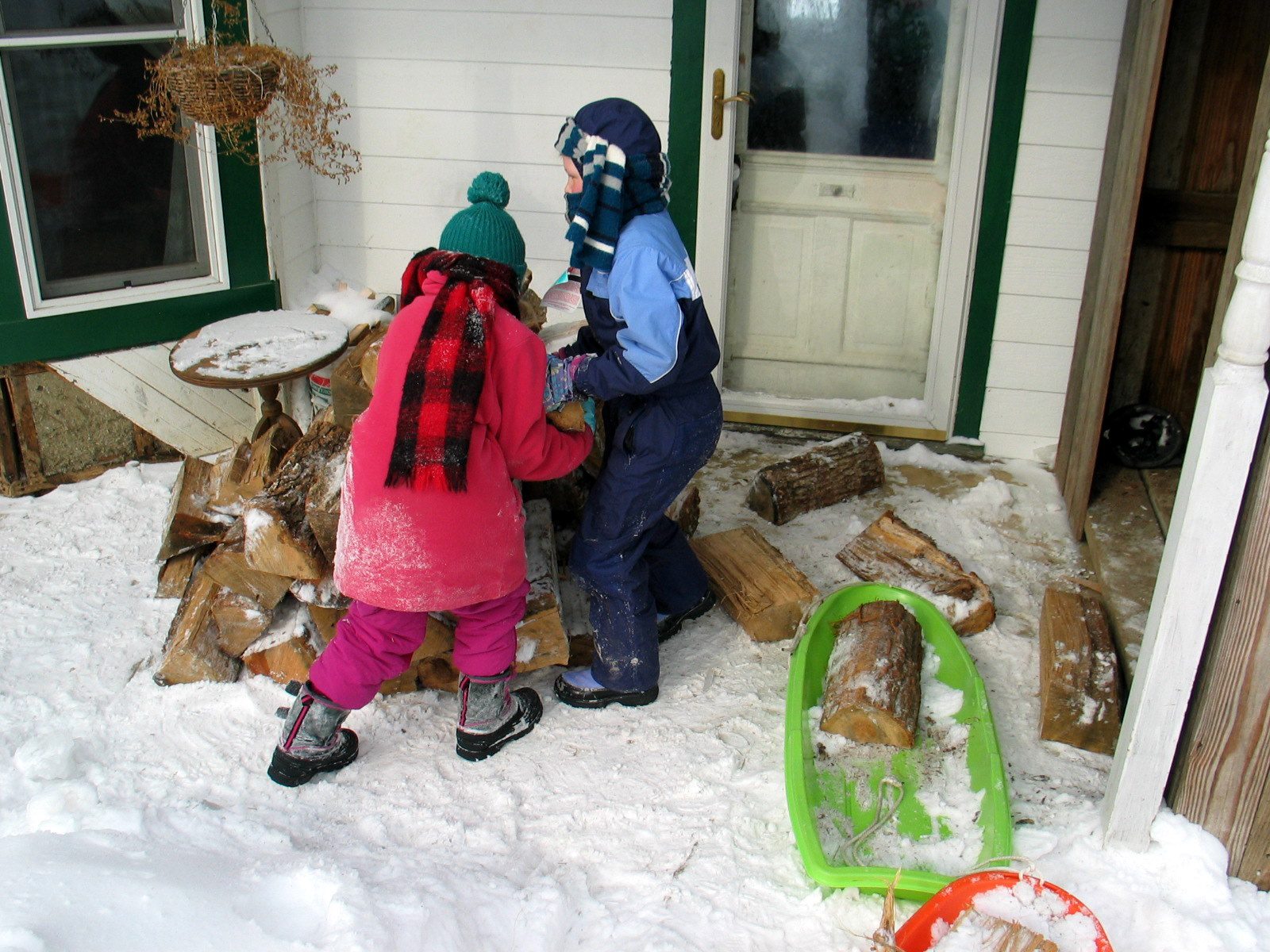 We made several trips, twelves plastic sleds worth in total, before I dismissed them. Considering the tremendous effort we expended, we didn’t bring over all that much wood, but I think we’ll be able to put off burning the furniture for a few more days at least.

About one year ago: Mocha Pudding Cake. I just reread the post, and let me tell you, that cake rocked my boat. It’s the weekend for chocolate, so you just might want to check it out.