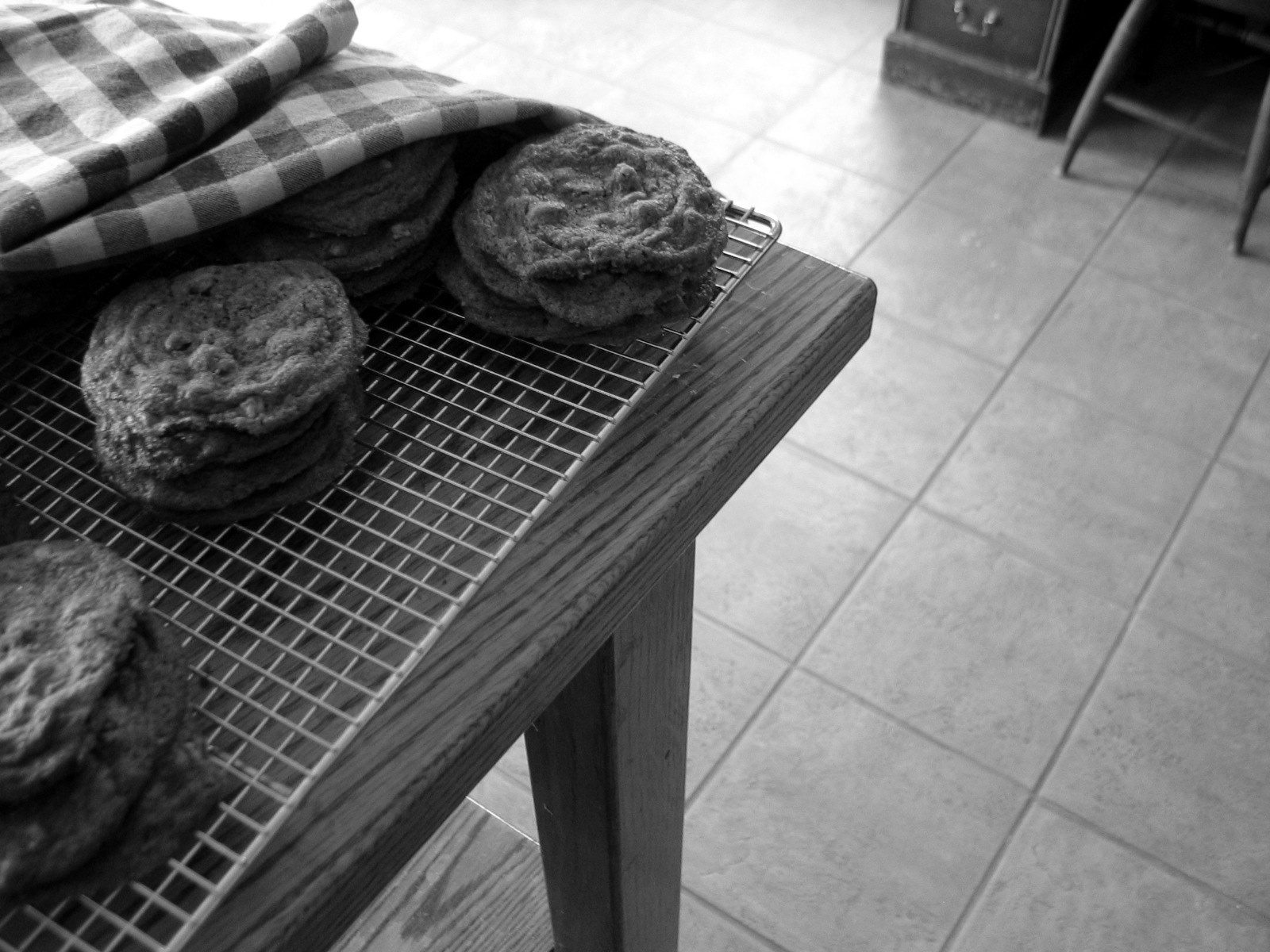 I woke up at 4:00 this morning and thought to myself: Hey, Self! If you get out of bed right now, you could go downstairs and make coffee and have two uninterrupted hours of writing time! And then I rolled over and back to sleep I went. I woke up at 6:00, mad at myself for squandering two good writing hours.

But then this afternoon, after eight hours of managing the zoo I call my home, I phoned Mr. Handsome at work and said to him, “Hey, Honey! How about we do a changing of the guard this evening?”

And he said, in his super-enthusiastic, gravelly-due-to-a-cold voice, “You mean, you wanna go write?”

And I said, “YES!” And then in a smaller, meeker, slightly whiny voice, “Ple-e-ease?”

And he said, stoically, gallantly, and magnanimously, “Sure.”

And I said, “Aw, honey, you are so sah-weet! I loves you!” ‘Cause that’s what you’re supposed to say when you get your way (and ’cause I do).

So here I am, in my room, two hours to type, a glass of white wine on the bed stand. Though I guess you would call it a “nightstand,” not a “bed stand.” Though now that I’ve written it, neither of them makes any sense. Except that it isn’t a stand upon which you place things like beds, but it is a stand upon which you place things at night. So I’ll go with nightstand from now on. It’s important to clear things like this up.

(And no, we are not going to have a conversation on bad prepositional usage. Absolutely not. Because I like to whip prepositions around like they ain’t nobody’s business, least of all yours. Discussion closed.)

Ah, me. The frivolity that comes about as a result of having two hours of free time. Do you have any idea what would happen if all the world’s mothers (and more specifically, the mothers of young children) were given, simultaneously, two hours of free time? It would rock our world. Literally. I firmly believe that there would be such a bubbling of insane happiness that our little blue and green earth would be jolted right out of its orbit.

I don’t know about you (and here I’m addressing any mothers of young children who may be reading this post), but I get so blasted tired of thinking about Inane Parenting Problems as though they were Life-and-Death Issues. The situations are really no big deal (thus the reason I called them “inane” [obviously]), but if they aren’t dealt with swiftly and appropriately you just might go absolutely insane. Thus the reason they are life-and-death issues.

Example #1: Yo-Yo’s room
It is a disaster. Even though he has a mandatory fifteen minutes of clean-up time (almost) every morning, it always looks like it was hit by a cyclone: shoes, clothes, papers, cards, books, Legos, rocks, even bubbly tar that he scraped off a road and molded into lumps that have since lost their lumpy shape and have oozed and stuck to various pieces of furniture. We keep everlastingly at it, but there is no headway. Any ideas?

I’ve made this recipe three times now, and it’s been weighing heavy on my mind these days. I keep thinking wistful thoughts about cookies, and then when I indulge in the fantasy for a little longer, I see visions of chocolate chip cookies, and then butterscotch, molasses, and oatmeal raisin cookies…and then the butterscotch cookies once again. They’re that way, insistent.

Butterscotch Cookies
Not hardly even adapted at all from Molly’s recipe, ‘cause hers is so dog-gone perfect.

Beat the butter and sugar. Add the egg and vanilla and beat some more. Add the dry ingredients and beat till mixed. Stir in the pecans.

Bake the cookies on a greased cookie sheet for about eight to ten minutes at 375 degrees. Take care not to over-bake them; the centers should still be ever-so-slightly wet and jiggly. Allow the cookies to rest on the baking sheets for another couple minutes before gently transferring them to a cooling rack.

About One Year Ago: Peposo. And today I cooked a roast in the crock-pot. Must be something about the end of September that makes me crave red meat.