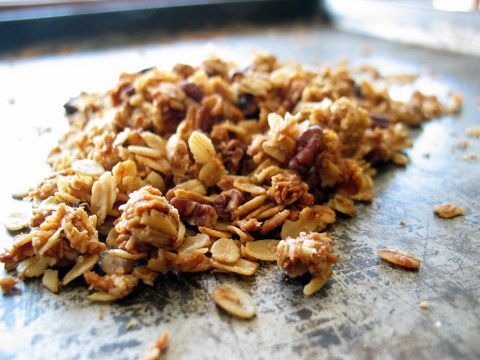 I’m dragging, feeling rather out of sorts and unsettled. Our usual routine has been interrupted and I can’t seem to find my footing.

I get kind of depressed when I stop to think about how unable I am (sometimes) to take things in stride and how slow I am to bounce back from little upsets. Actually, I already am depressed enough, even without thinking about all my shortcomings. No-no-no, “depressed” is the wrong word—it’s way too strong. I’m just … draggy.

Really, my life is not all that bad right now; in fact, it’s pretty peachy. I have a free day with nothing going on (I love free days), but it’s dreary (in a nice sort of way) and I have some kids to watch (they’re playing nicely), but I can’t do what I really want to do which is Be Alone.

Oh, this is hard to explain. I’m sounding like a spoiled brat. One of my employers (if you can call the woman who ran the learning center at the private university where I logged my work-study hours an “employer”) used to tell us if we ever got too querulous, “Buck up, Buttercup.” It could be downright irritating, but she had a good point.

I’m probably just tired. It’s true that I haven’t slept well for the past two nights. The reason I haven’t slept well (and this is where the Upset Part comes in) is that Mr. Handsome purchased over thirty pounds of bananas for ten bucks and so the kids gorged on them and now The Baby Nickel is wickedly constipated and has been up for two nights moaning and groaning, tossing and turning, and ailing and flailing, etc. This morning he woke up at six and then fell back asleep on the sofa and slept till ten, which means there won’t be any rest time this afternoon.

It’s the little things like these that mess with my day and render me helpless.

Other happenings that are messing with me:

*It’s raining (like I said) and that makes me feel not only blue, but guilty, too, since we need the rain and who am I to kick a gift horse in the mouth, anyway?
*The rain makes it humid (cool, too).
*Both Yo-Yo and Miss Becca Boo are gone to other people’s houses (another good thing, but it makes the house feel different).
*The Fresh Air Boy (I’ll call him “Diego”) is still a novelty, and with novelties come (for the children) excitability, heightened emotions, and general unsettledness, and for me, simply more responsibility (which isn’t a bad thing—it just is).
*I have a meeting tonight about finances (at a coffee shop), and I hate line items and budget requests, mostly because I have no clue what they are (not totally, but you know what I mean) and feel completely out of my league. I’d rather talk about sex over money any day of the week.

So! All that to say, I’m slightly out of sorts, grumpy, and unmotivated. I ate peanut butter-banana cream pie before lunch (I do weird things like that when I’m feeling unsettled), and then for my official lunch I ate plain sloppy joe meat and potato salad. Now I’m drinking coffee. I’m thinking something’s gotta kick in and give me a boost, sooner rather than later, I hope. If the coffee doesn’t do the trick (and maybe even if it does), I’ll pop some chocolate. I would like to try a nap, but I don’t think that would be a particularly responsible thing to do, considering that the kids might decide to tie together the shreds of Sweetsie’s spit rags and repel out the upstairs windows or something.

I think my period is coming.

There was one soothing part of my day and that was my breakfast bowl of granola. One of the constants in my life—besides rambunctious children, crumbs on my floor (oops, let’s now add a shattered plate), and chocolate—is granola. In our family we turn to granola just about any time of day, for a filling breakfast, mid-morning snack, a last-minute lunch, a silly supper, or a bedtime refueling. After my breakfast of granola and bananas, I had a mid-morning snack of granola and dried sweet cherries. I’m serious when I say that we eat lots of granola.

I usually have two kinds of granola sitting on my counter, one of which is almost always the plain, simple kind, the one that the kids favor—if I don’t keep that kind on hand, I run the risk of ruining everyone’s lives. But I recently discovered a new kind of granola: Brown Sugar Granola.

Actually, the recipe, which hailed from the Amish Cook’s column in our local paper, was titled “Homemade Granola.” I thought the title was kind of funny seeing as it was the title for a recipe, implying, I thought, that it was intended for cooks to assemble themselves in their homes. At least I assume other cooks aren’t making their food in their barns or chicken coops or cars. But hey, what do I know? Maybe there is a whole group of Barn Cooks out there. What with all the oats we eat, we probably belong in a barn.

Anyway, despite the corny title, I clipped the recipe and made it, and then I promptly fell in love. The granola was sweetly oaty, and the texture was perfect, not tough-crunchy as some granolas are, but satisfyingly crunchy in a gentle, soothing way.

Combine the dry ingredients in your biggest mixing bowl.

In a smaller bowl, stir together the liquids.

Add the liquids to the oats, stir to combine, and divide the granola between two or three of your largest pans (no need to grease them). Roast the granola at 250 degrees for 2-3 hours, stirring the granola and turning the pans every 30-45 minutes, until it is golden brown and crunchy (to test for crunchiness, remove a piece and set it on the counter to cool to room temperature before tasting).

Completely cool the granola before transferring to storage bags, jars, or plastic containers.

About One Year Ago: Dutch Puff (miracles of miracles, the recipe contains no oats, none at all!)