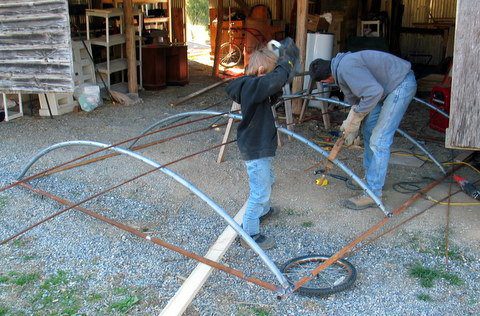 So a couple days ago our neighbor stopped by and told me that after the chicken trucks came to haul away his broilers, there were still some chickens left in his chicken houses and we could have them if we wanted, for free. We’d need to pick them up at night when it was dark (they’d be easier to catch that way), and they’d be ready for butchering in four to six weeks. I smiled, said thank you, and told him we’d give him a call that evening after I got a chance to talk to my husband. Then I called Mr. Handsome and told him about our bonanza. Surprisingly enough, he didn’t fuss like I had expected, and he even seemed kind of pleased by the offer.

However, that all changed once he had time to digest the news and ponder the details of what 30-40 broilers would mean for him. “I’m not ready for them! I have to make a place for them to stay. When am I gonna find time to do that, huh? And then I have to take care of them for a whole month! It would be easier to just buy the meat from the store…” Yadda-yadda-yadda.

My family backed me on this one though, and yesterday after our Easter lunch of my mom’s creamy potato soup, my sister-in-law’s salad, pickled eggs, hot cross buns, chocolate peanut butter eggs, and coffee, my dad and Mr. Handsome headed out to the barn and got to work on the new chicken coop.

It involved a lot of welding. 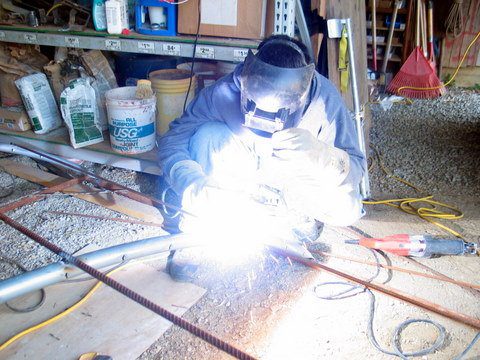 Whenever Mr. Handsome welds, it sucks all the power which makes the lights in the house fade and surge and fade again. 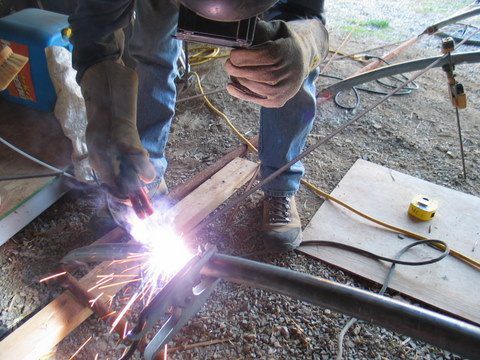 The lights flickered all afternoon and in to the evening. 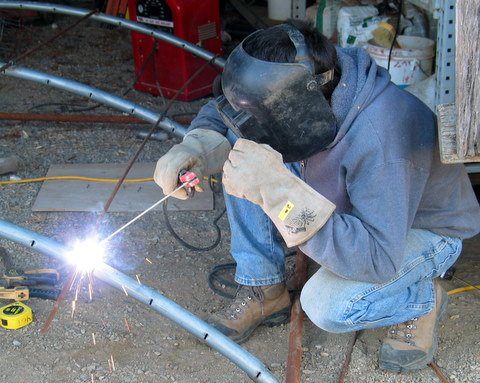 At around ten o’clock they decided to quit building, even though the coop wasn’t quite finished, and left to round up the sleepy birdies. They came back with about fifty—50, FIFTY, FIFTY!—of them. 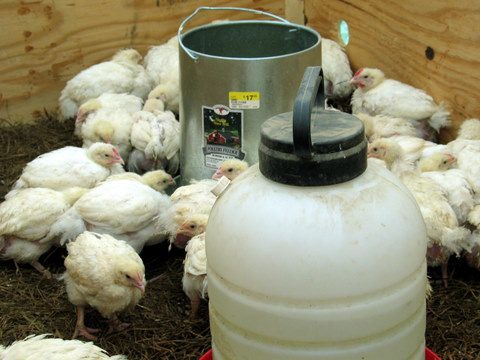 They’re parked in the yard, still in the trailer (hitched to the Dixie Chopper), for now. 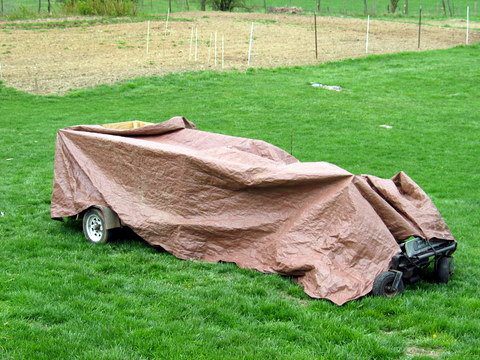 Mr. Handsome got up early to work on bettering their situation. I suppose he’ll move them to their fattening-up, free-ish-range home tonight.