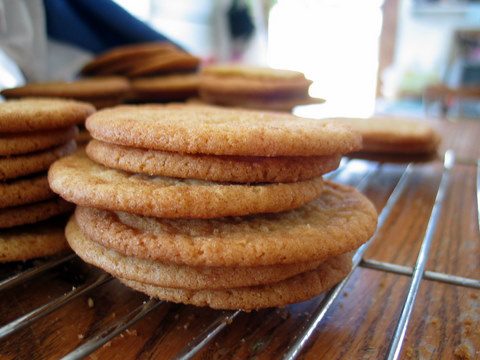 I promised you a snickerdoodle recipe, didn’t I? I think I best deliver it now, before too much time elapses and I forget that I ever promised you anything.

One of the first things I did, back when we went on that two week-long dairy free experiment, was to mix up some cookies for Sweetsie, something she could eat while the rest of us ate our milk-infused pastries. I picked through my cookie recipes and chose several that looked like they would be easy to swap out the butter for non-dairy subs, and finally settled on snickerdoodles. 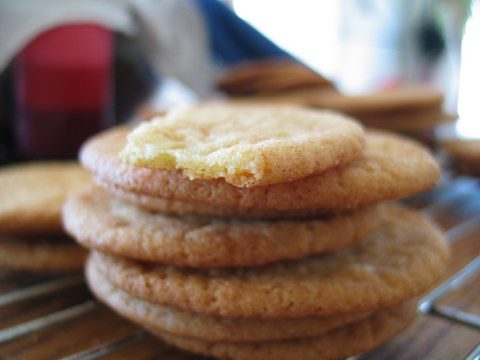 I normally don’t like snickerdoodles because they seem so plain—not soft, not rich enough, just blah. But these, well! Maybe it was the recipe, or maybe it was the butter substitutes (lard and coconut oil), but there was nothing blah about them. With a hint of coconut and a touch of nutmeg and cinnamon, the flavor was simple and elegant and not one little bit dull. And the texture was perfect—thinly crispy-chewy—making me want to crunch my teeth into them, over and over and over again.

Now granted, I didn’t fall in love with them immediately. At first I thought them too greasy and without sufficient kick, but Mr. Handsome said good things about them (and as I’ve already explained, it’s rare indeed for Mr. Handsome to volunteer complimentary information about my cooking), so I reconsidered. Perhaps it was a case of the Cook’s Perspective Problem, I thought—you know, sometimes when you’re the one spending extended periods of time measuring, stirring, and tasting, the final product just doesn’t taste as good to you as it does to others. 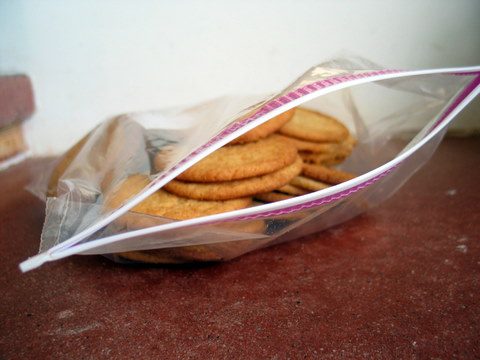 And wouldn’t you know, that was the case! By the next day, after the cookies had a chance to mellow and I had a break from the kitchen, all my reservations were tossed to the wind—I was deeply and irrevocably in love with them.

Snickerdoodles
Adapted from The All-American Cookie Book by Nancy Baggett

These are the ideal cookie to eat alongside butterscotch pudding, or any pudding, for that matter.

I even used the cookies as a substitute for my standard oat-butter topping for fruit crisp—I simply whacked several of the cookies to pieces with a rolling pin and sprinkled the crumbs on top of the fruit—just so Sweetsie could eat some, too. 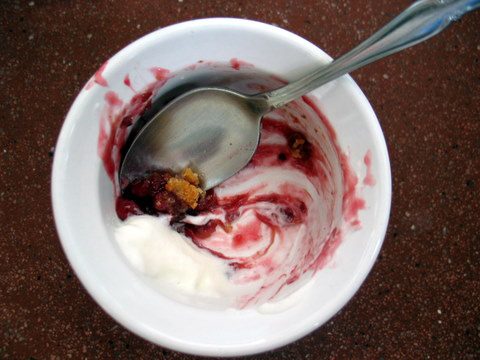 Cream together the lard, coconut oil, and sugar. Add the syrup, eggs, and vanilla and beat some more.

Stir together the dry ingredients (flour through nutmeg) and add them to the creamed butter.

Let the dough rest for about ten minutes (to allow it to firm up a bit) before shaping into small balls. Roll the balls in the cinnamon sugar mixture, set the cookies on greased baking sheets, and bake them at 375 degrees for 8-11 minutes—the edges should be lightly browned and the centers should still be pale, but set. Allow the cookies to rest on the cookie sheets for two more minutes before transferring them to a cooling rack.

These store well at room temperature (probably because of the coconut oil), but they can also be frozen in an airtight container of some sort.