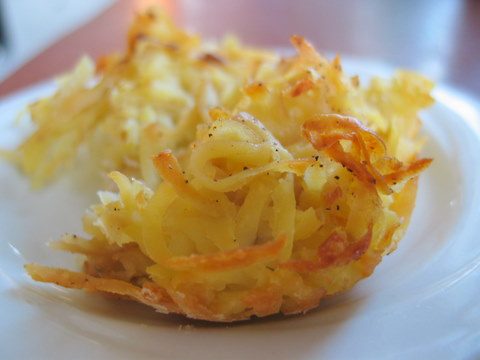 It may come as no surprise to you that I am needing to reduce my caloric intake in order to remain in my size eight (or ten, or twelve, depending on the make) jeans. I’m forever getting comments about the food I make and the fact that I’m not a walrus, so I feel that an explanation is due.

There are several factors playing out here. First, I have a high metabolism (but not that high). Second, I do eat a lot of good-for-you food, and I (somewhat) regulate my intake of sugar/butter. Third, I mostly drink water (and coffee). Fourth, for nearly the last ten years I have been either pregnant or breastfeeding. Large parasites, either the five-pound size, or the thirty-five-pound size, really do take it out of you.

Now that I am no longer a host for human parasites, I am relearning how to regulate myself. It’s depressing how little food I really need. Seriously depressing.

So anyway, I’m readjusting my habits, trying not to eat (too much) out of boredom, or as a means of escape. (And here’s an interesting little aside—when the family was gone, I hardly ate at all. This is unheard of for me; I never don’t eat. True, I was being careful, but being careful was unusually easy. I think this is because of two things: first, I wasn’t cooking and feeding other people, so I wasn’t making myself hungry with all the good smells and then snitching tastes; and second, I was doing everything I wanted to do so I didn’t resort to food as an escape from the daily drudgery. How novel!)

I’m refraining from cooking too many sweets (we still have plenty of goodies left in the freezer, so it’s not like we’re depriving ourselves), and from constantly popping food in my mouth. For me, food equals fun, both the cooking and the eating, so this is taking every ounce of self-control that I possess, and then some. I’m trusting that once I develop new habits, that I’ll be able to relax again, not fretting so much over what I cook and eat.

“Fretting” is the wrong word. “Being cautious” would be more accurate.

In the meantime, I’m cooking solid, simple food. It’s the food I’ve always cooked, it’s just that I’m focusing on it more now. And this blog is going to reflect that. Gone (maybe) are the recipes of yore, the dense chocolate and teeth-jarringly sweet lemon, the French, candy-like granola (sob) and the potatoes baked in cream.

Scratch that. I’m keeping the potatoes baked in cream. And probably all the other stuff, too, there will just be less of it.

So, let me show you what I made for supper a couple nights ago: Baked Hash Brown Potatoes.

We also had Breakfast Brunch Casserole and peas. And ketchup for with the potatoes.

These potatoes are a quickie dish, the kind that you can make way ahead of time and then let sit in your fridge for a couple days till you decide to bake them and serve them up. They use up a lot of potatoes, too, and that is always a big plus around here. 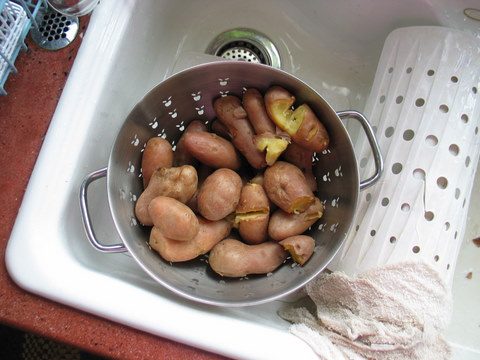 They are not low-fat, which is not my goal (read Nourishing Traditions by Sally Fallon and then you’ll understand why I say that), but I’m just telling you that in case you are the sort who gets all up in arms over a little butter—like, oh, say, about a stick of butter. If you are that sort of person, you could, of course, cut back on the butter, but I would feel sorry for you if you did. Because in my mind potatoes are all about the butter. Or the cream. 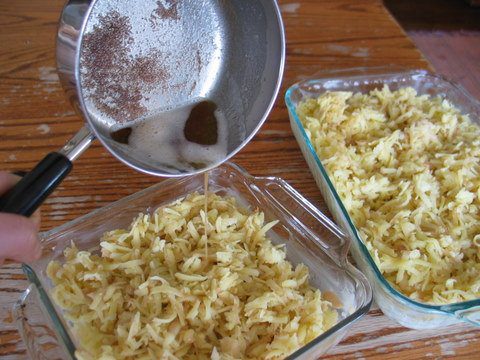 How to serve these potatoes? Pull a pan of the pre-assembled potatoes out of the fridge in the morning, bake them (as the cock begins to crow), and then serve them up alongside scrambled eggs. Or you could turn these potatoes from a simple side dish into a meal-in-one by adding at The Point of Assembly, some browned sausage (beef, bacon, ham, etc.), or, for the vegetarian, some other pre-cooked/sauteed veggies like leeks, carrots, and peas. However, I prefer these potatoes in their most simple form, all the better to taste their full potato-y-ness/saltiness/buttery-ness. 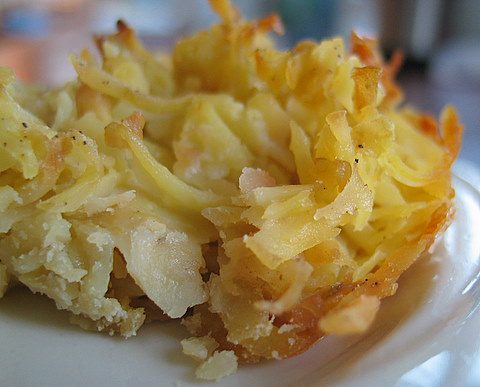 For bottom-liners (not to be confused with bottom-feeders), like myself, serve these potatoes just plain (and there is no “just” about it), or with ketchup.

Baked Hash Brown Potatoes
This is a family recipe (to me, anyway) passed from my Aunt Valerie to my mother, and from my mother to me.

I used fingerlings in this recipe, but any sort of white potato will do. I peeled my potatoes, but you could leave the peels on. And I’m not sure of exact quantities, so I apologize for the ambiguity (though ambiguity is also a good thing because, in this case at least, it means that the recipe is as easy as pie, nay, easier than pie).

Let the peeled potatoes sit until they have cooled to room temperature. (Likewise, you can refrigerate the whole, peeled potatoes for several days until you are ready to use them.) Grate them, just like you do with cheese. (If you grate the potatoes while they are still warm, there is a good possibility they may turn into a starchy, mushy mess.)

Grease a 9×13 pan and sprinkle a layer of potatoes over the bottom. Sprinkle some salt over the potatoes. Repeat potato and salt layers until all the potatoes are used up. Be generous with the salt. Finish off the final layer of potatoes with a grind of black pepper. Pour the melted (and browned, if you so wish) butter over the top.

Bake the potatoes at 350 degrees for 30-45 minutes, or until the potatoes have turned a light, crispy brown on the top and around the edges.