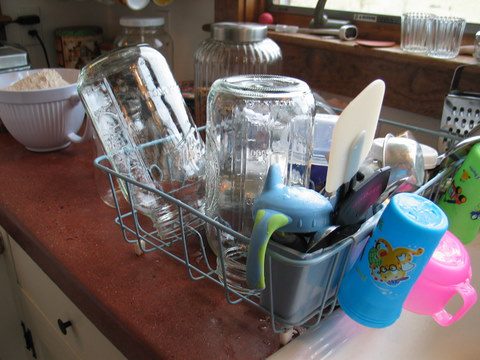 I haven’t written here for awhile. You may think that I have been doling out water and flour three times every day, day in and day out for the past month, but I haven’t. I put the babies to sleep again, and after a break that lasted several weeks, I woke them up, just last Wednesday.

After the first day of feedings, both starters looked pretty flat and the whole wheat starter smelled dead (in other words, like flour and water, no tang to it), but the next morning they were alive and well. I breathed a sigh of relief, and on the third day I started baking.

I’m trying to bake every day, in preparation for our Christmas company and travels. It makes my mornings a little crazy what with all the measuring and pouring and all the doughy containers to wash.

I have a nice little system though. 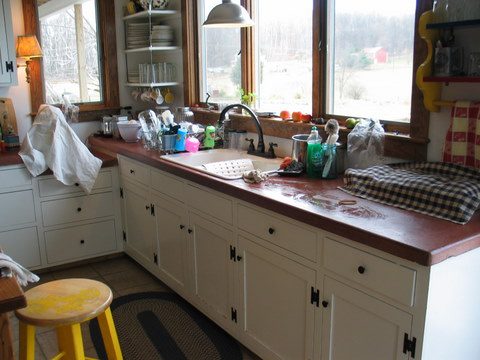 I first get out the four loaves of bread that have been in the refrigerator overnight. I take off their shower caps and cover them with a towel. 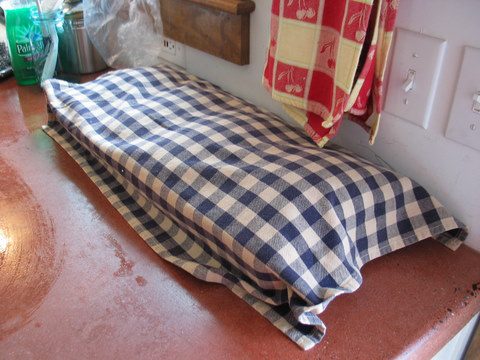 Then I mix up a batch of the country white. While that dough is mixing, 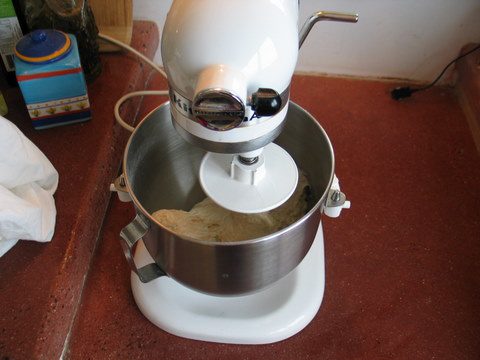 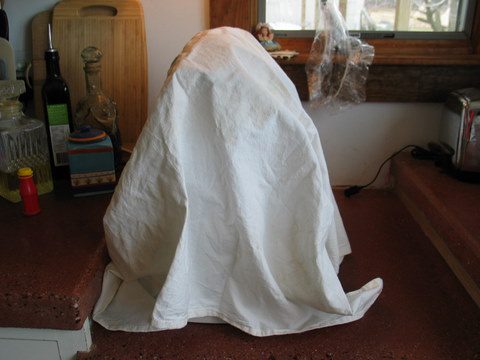 I measure out the ingredients for the whole wheat. 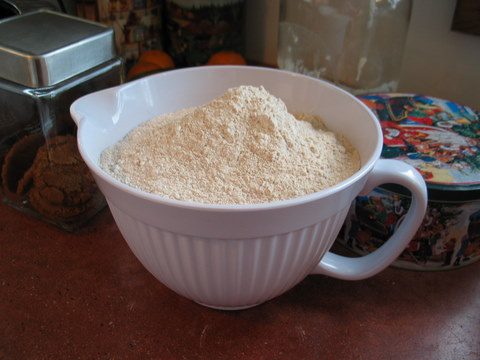 After the country white is done, I simply transfer the dough to an oiled bowl, cover it with a shower cap, and dump the pre-measured ingredients for the whole wheat into the mixing bowl—I do not wash the mixing bowl between breads.

Somewhere in there I get my continuing starters measured into clean jars, fed, and set back in their corner on the counter. 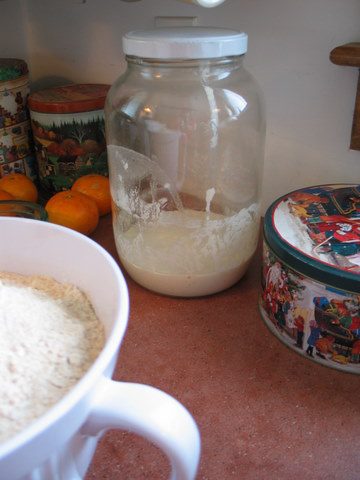 And the leftover starter dumped into a little bowl, ready to add to the compost and for one of the kids to carry it out to the chickens. 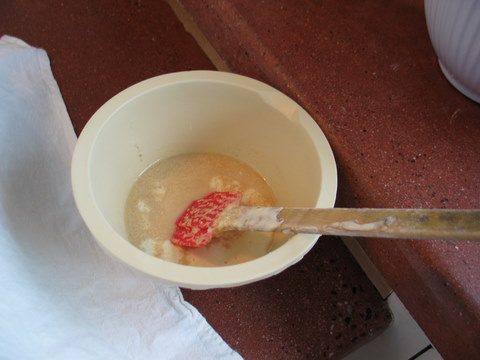 Several hours later it is time to get busy again. I bake the risen loaves. 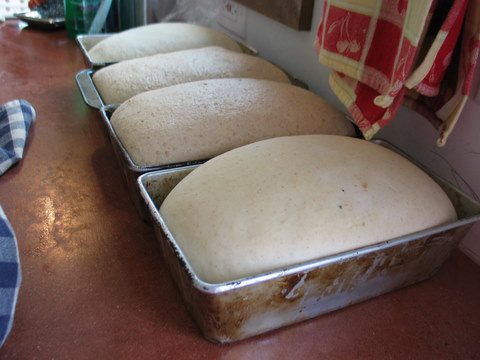 Then I grease the newly-emptied bread pans, cut and shape the new loaves, put them in the pans, cover them with shower caps, and let them rest at room temperature for an hour before putting them in the refrigerator.

After that, all that remains to be done it to feed the babies at noon and before bed, and to package up the freshly baked bread loaves and carry them down to the freezer.

Like I said, it’s a little crazy, but only for this week, or until I get about 16-20 loaves of bread. Then I’ll stop.

I already did stop with the whole wheat starter. Instead, I’m now doubling my white starter baby so that I can make a double batch of breads based on the white starter, such as the rosemary-olive oil and George’s Seeded Sour.

Ps. I made some changes to the whole wheat recipe, which I noted here. The dough was just too wet for me to work with.