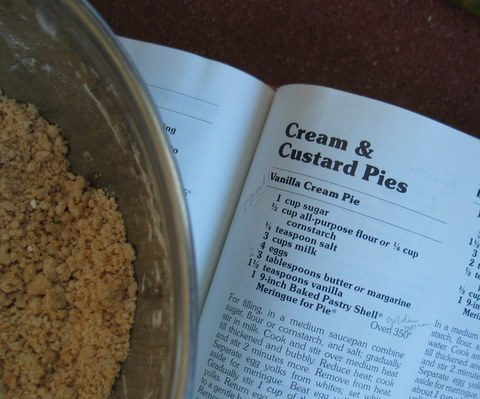 This past weekend, as part of my malaise treatment plan, Mr. Handsome and I watched The Waitress. It was an okay movie, humorous and quirky with a small dash of reality, and it served it’s purpose well by helping me escape from my humdrum existence for an hour and a half.

Mom had warned me about the pies in the movie: “They’re gross,” she said, and she was right. Lots of unnaturally-colored (lime green, brilliant purple) pudding pies with chunks of chocolate and smashed bananas. Not the kind of pie I’m fond of (though a smidge here and there can be mighty pleasing, I’ll admit). I normally prefer fruit pies, or old-fashioned molasses pies (better known as shoo-fly), or pecan pies, with a dollop of whipped cream or a couple scoops of ice cream served up alongside. But that movie did a number on my brain and got me to hankering after a custard pie. To be more exact, a peanut butter cream pie. 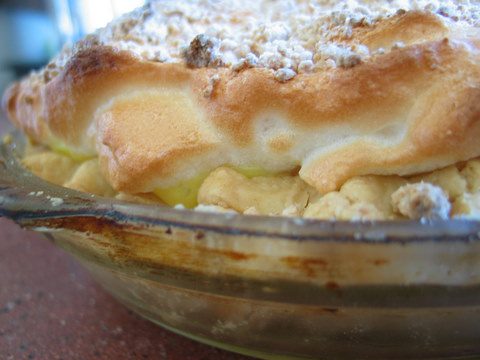 This is kind of fun. I might have to do like The Waitress and start naming all my pies.
Several years ago I went on a peanut butter pie rampage, trying to find myself The Best recipe. I obsessively experimented, trying out pies with chocolate cookie crusts, pies loaded with cream cheese and whipped cream, pies garnished with chocolate shavings and chopped peanuts. And then, from a compilation of several different recipes, I finally discovered/created what I was longing for.
It goes like this: In a pre-baked pie pastry you spread a layer of peanut butter crumbs, pour in the hot egg custard filling, seal the top with a meringue, and then sprinkle the rest of the peanut butter crumbs on top. Bake the pie for 15 minutes, chill it well, and there you have it, the classic peanut butter pie. 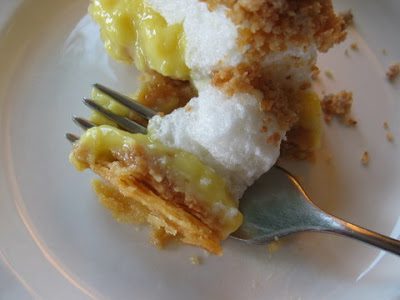 Got-Me-A-Persistent-Hankering-For-A-Quirky-Malaise-Treatment-Plan-That-Will-Kick-My-Humdrum-Existence-To-Smithereens Peanut Butter Cream Pie
Adapted from my recipe card notes and the Better Homes and Gardens New Cookbook
3/4 cup confectioner’s sugar
1/4 cup flour
½ cup creamy peanut butter
3/4 cup sugar
1/4 cup cornstarch
1/4 teaspoon salt
3 cups milk
4 eggs, separated
2 tablespoons butter
1 ½ teaspoons vanilla
1 9-inch pastry shell, baked
For the crumbs:
In a smallish bowl, mix together the confectioner’s sugar, flour, and peanut butter. Set aside.
For the custard:
In a small bowl, mix together the sugar, cornstarch, and salt. Pour the milk into a heavy-bottomed kettle and whisk in the sugar-cornstarch mixture. Heat the milk over medium-high heat, stirring frequently at first and then constantly as it starts to get hot, until thick and bubbly. Cook it for two minutes more, stirring constantly.
In another bowl, lightly beat the four egg yolks. Add one cup of the hot milk to the egg yolks, whisking constantly. Pour the tempered egg yolks into the milk mixture and heat, stirring steadily, till bubbling. Cook for another two minutes.
Remove the kettle from the heat, add the butter and vanilla, and set aside.
For the meringue:
Beat together the four egg whites, 1/4 teaspoon of cream of tartar, 2 tablespoons sugar, and ½ teaspoon vanilla until stiff peaks form.
To assemble:
In the baked pie shell, sprinkle two-thirds of the peanut butter crumbs. Pour the hot custard over the crumbs. (You may have some extra custard—I’m sure you’ll figure out what to do with it.) Spread the meringue over the custard, and sprinkle the remaining crumbs over the meringue.
Bake the pie at 350 degrees for about 15 minutes until the meringue is golden brown.

Cool the pie at room temperature for a couple hours before cooling in the refrigerator for another four hours. The pie needs to be completely chilled before you cut it, or else the custard will be runny, which may or may not be a problem—that’s up for you to decide. 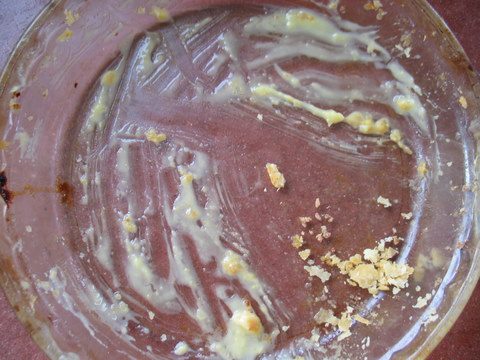