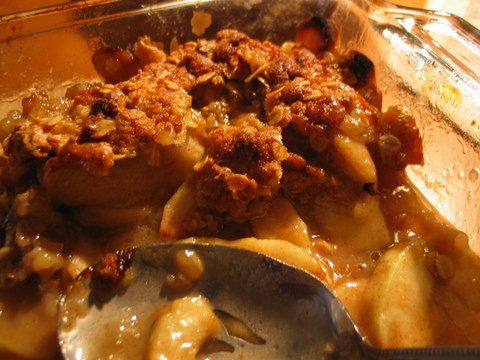 We are on day number two of nearly solid rain, dark skies, and cold (for August) weather. I’m still wearing my pajamas bottoms—they’re gray, dotted with pink and black cupcakes. I’m even wearing socks. I have all the lights on and a candle burning on the kitchen table, in a valiant effort to boost my spirits.

Miss Becca Boo and Yo-Yo Boy are listening to a story on tape, up in his room, and the two littles are playing house in the girls’ room. It’s quiet right now, but the downstairs is littered with big plastic building blocks, match-box cars, and stuffed animals, a reminder that it wasn’t this quiet twenty minutes ago. Every time I glance at the mess, it deepens my appreciation for the present stillness. How long do you think I have before a fight erupts? Five minutes? Maybe, if I’m lucky.

Last night for supper I made a pan of smashing potatoes, green beans, corn, applesauce (Mr. Handsome also had a piece of leftover chard-sausage-cheese-cherry tomato quiche), and for dessert I used up our last bag of frozen, prepared-for-a-pie (with the sugar and spices) apple slices. I put them in a square glass pan and for the topping made up a variation of the (excuse me while I’m interrupted by a Giant Eruption—shrieking, stair-stomping, and the like—the stillness lasted approximately one minute and twenty-three seconds) blackberry cobbler recipe. The apples were syrupy (the syrup reminded me of the sauce in which apple dumplings are baked) and tender under the crispy-crunchy topping, perfect for a dreary August night.

Topping for Apple Crisp (or quite possibly any fruit, for that matter)
Adapted from the topping for Blackberry Cobbler

Mix together the first five ingredients. Add the egg and stir until incorporated—the mixture will be damp and sandy-ish. Put the crumbs on top of the prepared fruit (in this case, about five cups of apple slices, prepared with a mixture of flour, sugar, nutmeg, and cinnamon as though they were going to be baked in a pie) which have been placed in a greased square glass pan, and pour the melted butter over top. Bake at 375 degrees for about 30 minutes, or until the top is golden brown and crusty. Serve with cold milk or vanilla ice cream.