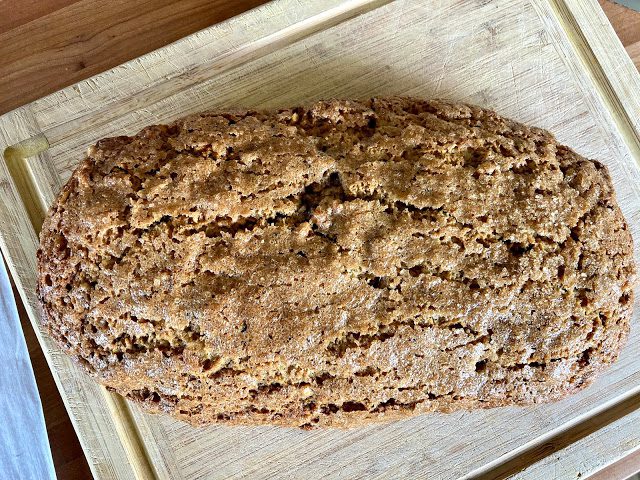 You know, these deliciously chilly nights and crisp days are giving me a serious hankering to bake.

Did you know that eating certain foods at certain times of the year is not a universal concept? Back when Melissa was living with us, she observed one day that we didn’t eat much soup.

Her comment stopped me in my tracks — because I love soup and didn’t think of myself as a non-soup eater — but then it dawned on me that she was right: we didn’t eat much soup . . . because it was summer!

So then I explained the idea of seasonal eating: how we eat more hot soups and casseroles and rich food and pie in the winter and summers are for lots of fresh salads, grilled meats, ice cream, and watermelon.

To Melissa, it was a new idea, and to me it was a new idea that it’d be a new idea. I mean, I knew this (I’ve lived in Central America and eaten my fair share of hot soups on sweltering days) but still, when something I take for granted bumps up against someone else’s normal, it always throws me a little. Funny, that.

Anyway, what was I talking about? Oh, right. Biscotti. 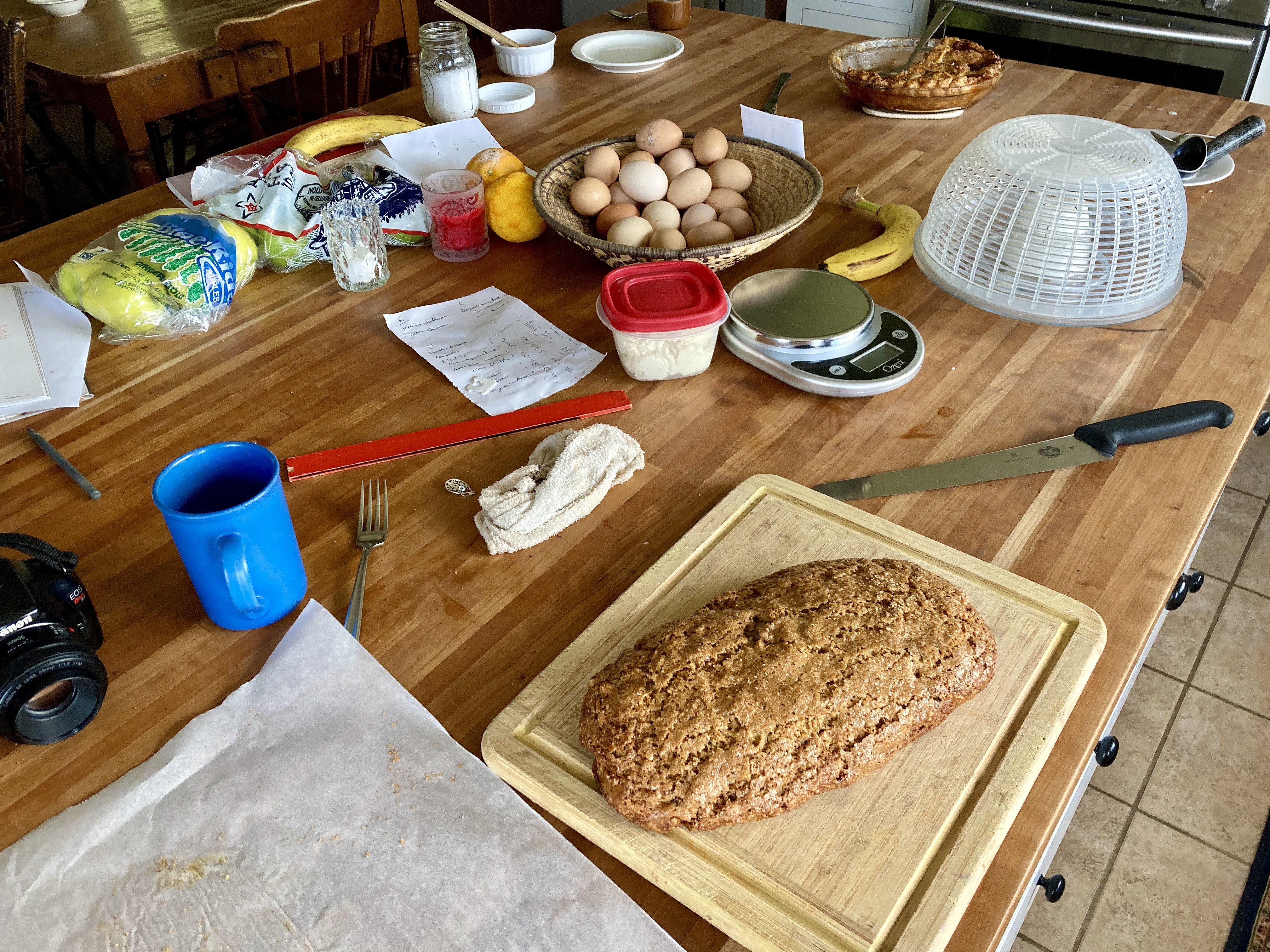 To me, biscotti is wintertime food. Twice baked — with the second baking being low and slow — biscotti is the perfect project for warming up a chilly kitchen. Plus, since it’s often heavily seasoned with citrus, nuts, and spices, biscotti makes the whole house smell cozy and rich, like Christmas. 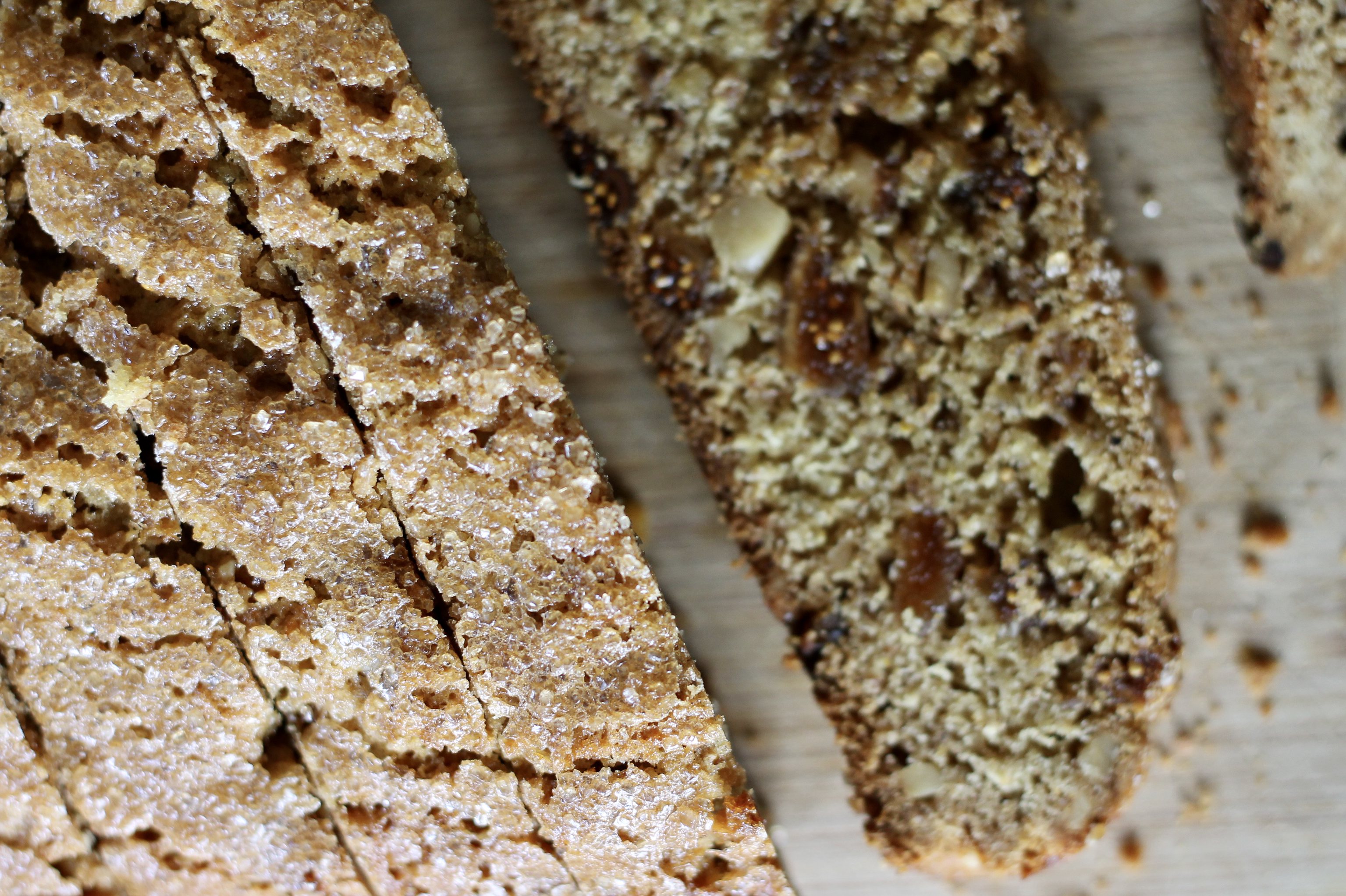 This biscotti, to me, has the ideal texture: dry and crunchy all the way through — no soft middles for me! — but softly hard, not break-your-teeth rock hard. It’s sweet, but not overly so, and, thanks to the nuts and fruit, it’s delightfully wholesome, in a French farm kitchen sort of way. (French, not Italian, and don’t ask me why.) Eating it, one feels practically virtuous. 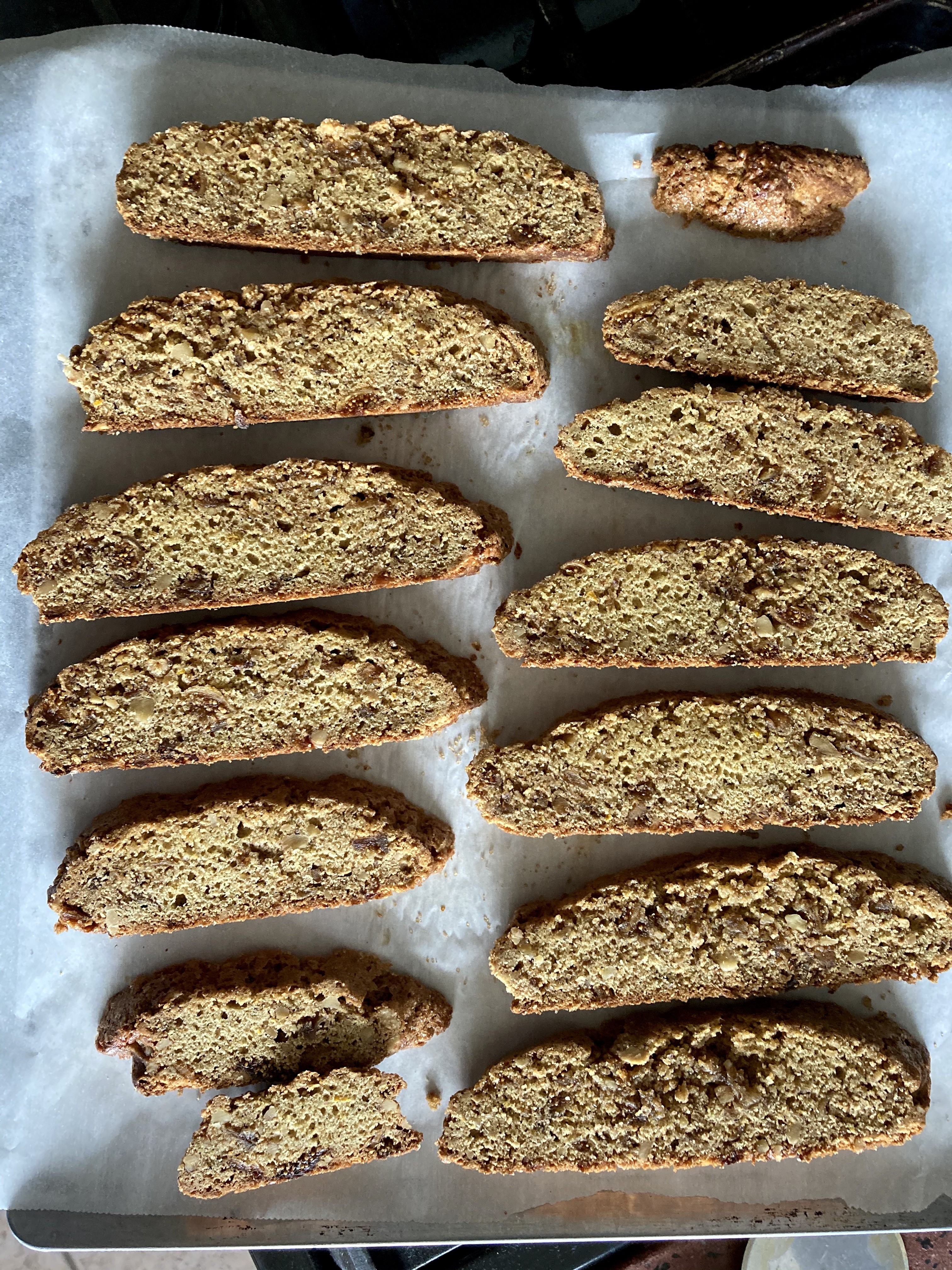 Toast the walnuts in a 350 degree oven for about 10 minutes, or on the stovetop in a skillet. Remove to a bowl and cool to room temp.

Place the walnuts and figs in a food processor and pulse until ground (some larger pieces are okay).

Cream together the butter and sugar. Add the eggs, vanilla, and zest and beat to combine.

In a separate bowl, stir together the dry ingredients. Combine with the butter mixture. Add the nuts and figs and stir until just mixed.

Chill the dough for at least one hour before shaping into a log — long and skinny, short and fat, whatever you like — and placing on a parchment-lined baking sheet. Brush the top and sides with the beaten egg white and sprinkle liberally with white sugar (or raw, if you prefer).

Bake the loaf at 325 degrees for 20-30 minutes, or until the top is firm to the touch and has little cracks. Remove the loaf from the oven and cool for 30-40 minutes. Using a serrated knife, slice the loaf. Arrange the slices, cut side down, on the baking sheet and return to the oven for another 20-40 minutes, flipping the pieces once halfway through, or until the biscotti is dry and lightly browned (it will harden as it cools).

Store the cooled biscotti in a pretty glass jar atop. It will keep for several weeks, at least.

This same time, years previous: if you ask a Puerto Rican to make a pincho…, the quotidian (10.8.18), happy birthday, sweetie!, twelve thousand doughnuts, the soiree of 2014, a lesson I’d rather skip, one foggy morning, at least I tried.