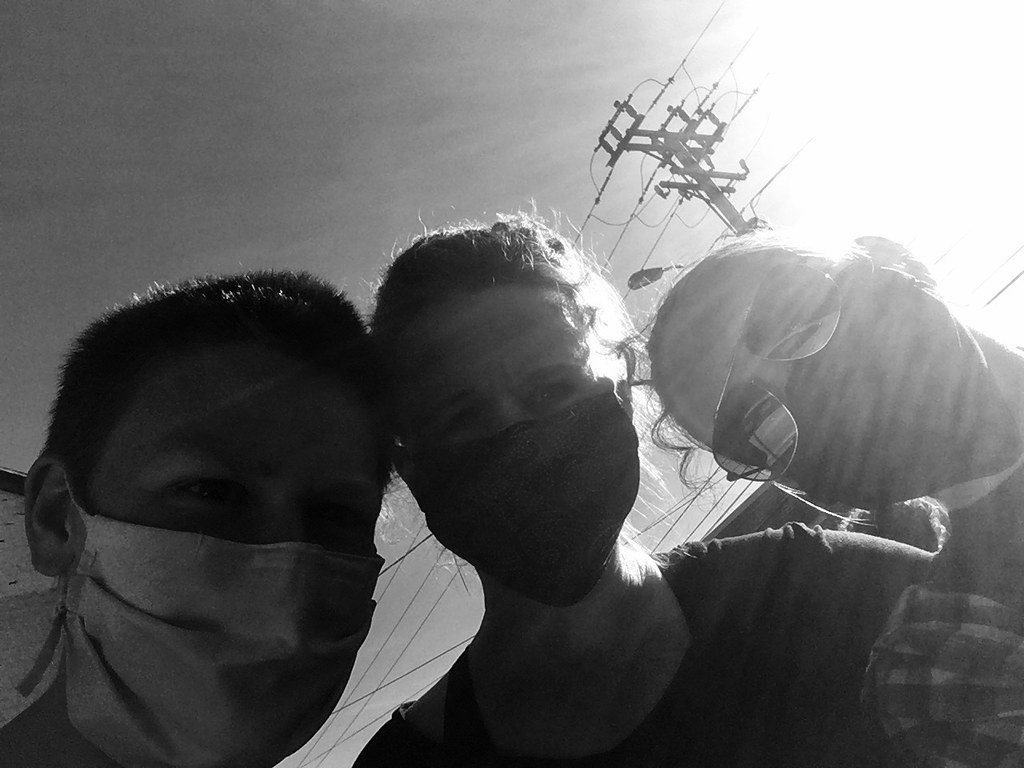 To quote the organizers, “We are going to bring attention to these matters that have been oppressing our black brothers and sisters for way too long!”

The march itself was, as planned, mostly quiet and completely peaceful: hundreds of demonstrators with signs held high walking by the courthouse and jail and then cutting back through the downtown. 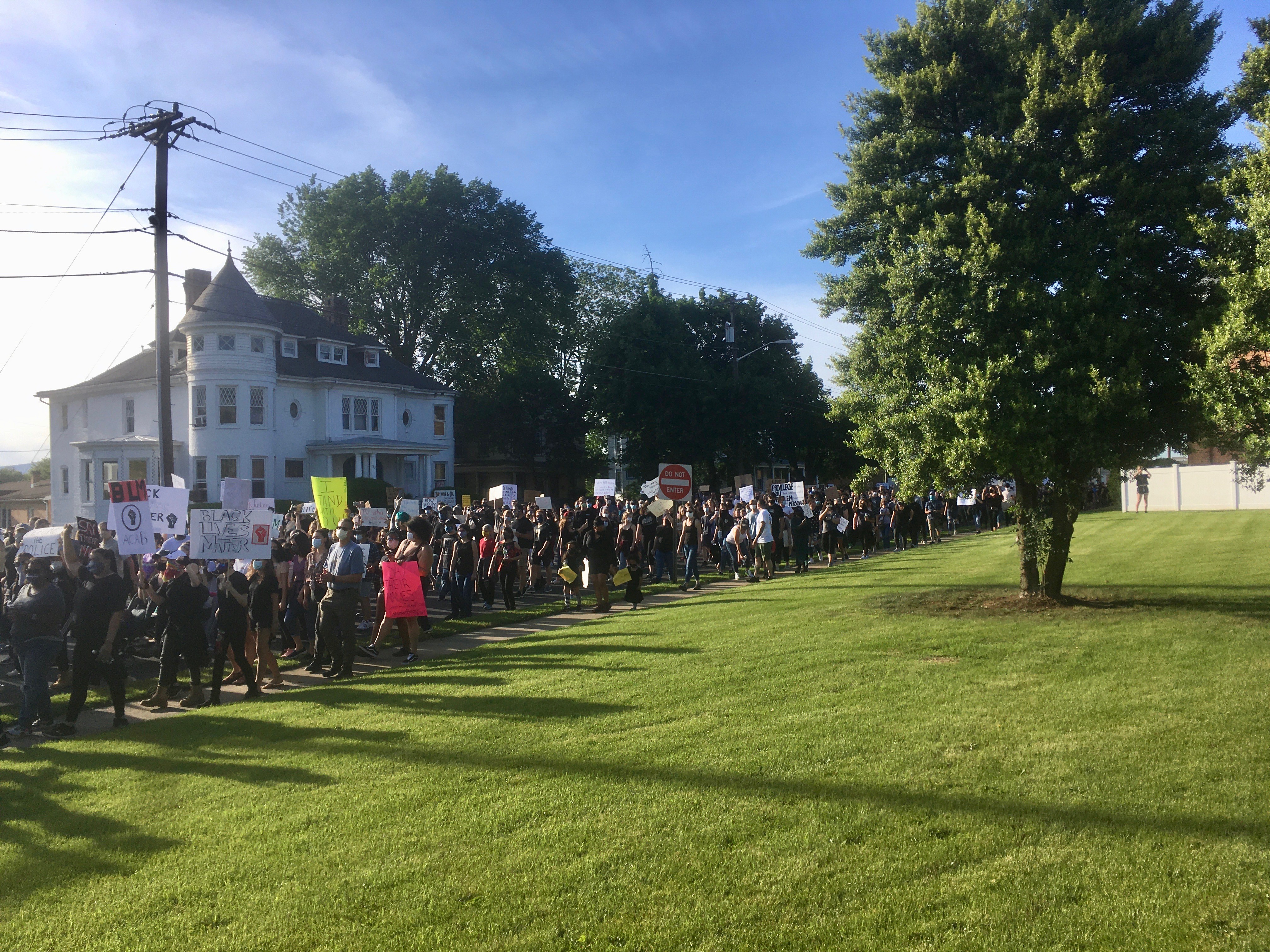 The organizers had told us we were to stay on the sidewalks, but there were so many people that we filled the streets completely. Police accompanied us, stopping traffic (and, I’ve since heard, silencing an irritable driver who was honking). Passersby pulled their cars over to film the march, and some non-marchers stood along the route, or sat in their parked their cars, holding signs. As we neared the end of the route, people started chanting, the shouts of “No justice, no peace!” echoing against the walls of the public library, the children’s museum, the office buildings. 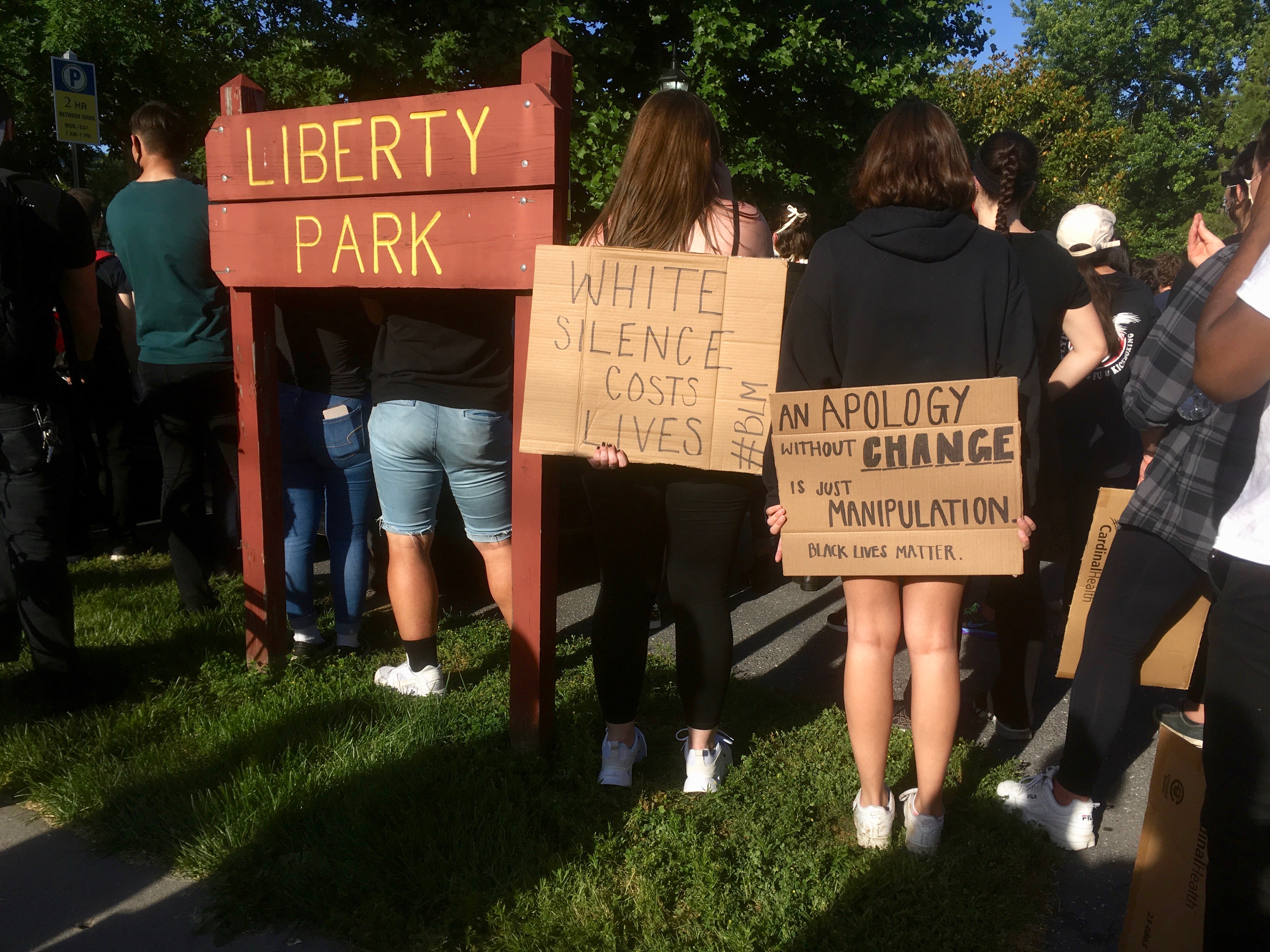 We hadn’t been able to hear the opening remarks — so many (masked) people! — but we were able to stand closer to the speakers during the closing remarks. The line I most remember (wildly paraphrased):


We come with our anger and hurt, and we come with a fierce love for each other.

A (summary of a) conversation from this morning…

“Have you seen what people are saying about being silent?” my older son said. “That anyone who remains silent on issues of oppression takes the side of the oppressor. I feel obligated to do something but I don’t know what.”

“Silence comes in different forms,” I said. “Turning a blind eye is one thing, but being quiet in order to allow others to speak up is very different.”

“But I want to help out in some way. I feel like I should do something. Like I should say something, but because white males have been dominating for so long, I don’t feel like I can say anything.”

“So what’s the opposite of that?” I asked.

“Then listen,” I said. “Listen to black and brown people. We have to listen to what they say they need from us. We need to read their books, see their plays, listen to their podcasts. Follow their lead.”

I don’t know if that’s the most helpful advice, but it’s what I came up with. Like many, I’m on a steep learning curve.

*75 Things White People Can Do for Social Justice. (Medium)

*For the month of June, Just Mercy is streaming for free from multiple platforms, including YouTube, Amazon Prime, and Redbox. (I can not recommend it highly enough.)

*From Ibram X. Kendi, a list of 24 of “the most influential books on race and the black experience published in the United States for each decade of the nation’s existence — a history of race through ideas, arranged chronologically on the shelf.” (New York Times)

*Specific to the current riots and demonstrations, this interview with the Brooklyn Borough President on Fighting Police Brutality From the Inside. “At 15, Eric Adams was beaten by police. He later joined the force and worked to reform NYC policing by co-founding 100 Blacks in Law Enforcement Who Care.”

*I don’t have Instagram, but for those who do, here are five accounts to listen to and learn from. (Cup of Jo)

*And finally, if you haven’t yet seen it, this video of Trevor Noah: George Floyd and the Dominos of Racial Injustice.

This morning my cousin posted the following on Facebook…

I have to teach them what to say and do if confronted by a police officer. It still may not matter.

When they wear their COVID masks, I have to tell them to keep their hoodies down. It still may not matter.

My son Marc started to run for exercise before Ahmaud was murdered. He’s not allowed to run alone anymore. It still may not matter.

Following the murder of George Floyd, I watched as some people in my town attached confederate flags to their vehicles, touting their white privilege/supremacy. I can do everything in my power to protect my boys, but it still may not matter.

My sons are caring, kind, respectful, and hilarious. They are bottomless pits, athletes, gamers, and cuddle bugs. They work hard at their household chores and don’t hesitate to help their neighbors. They are creative, loving, and fearless. They are black.

And their lives matter. 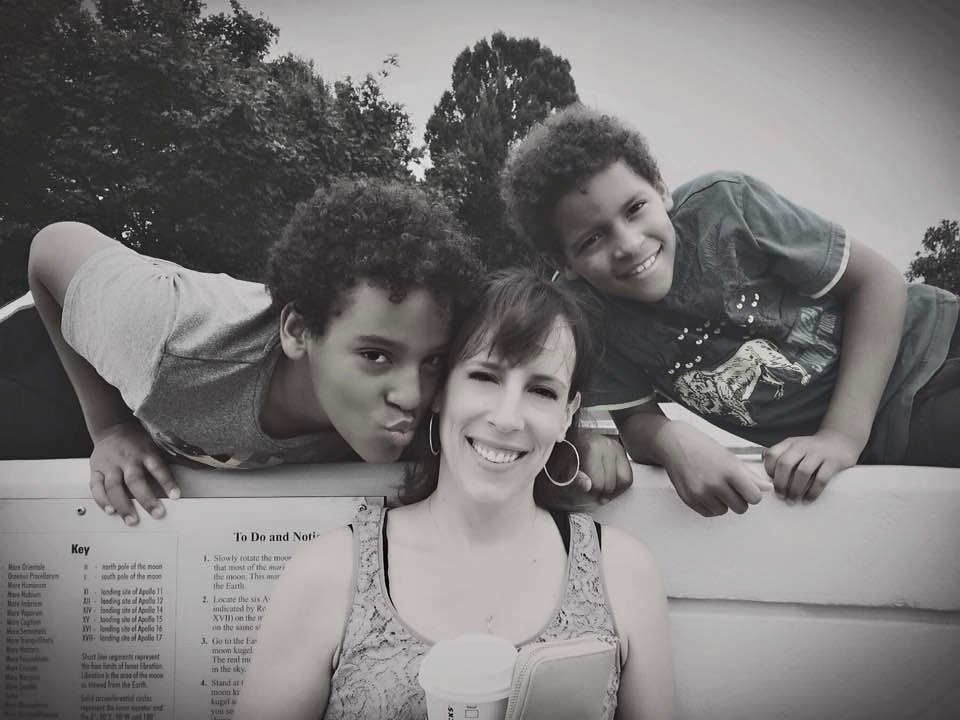 Reading my cousin’s words, the tears came. I’m not sure why, exactly. Was it because these children are family? Because I’d just returned from a run with my son? Because Mother Pain is something I connect with? Because of the cumulative stress, tension, and pain of the events of the last few weeks? Whatever the reason, I wept.


Thank you, Karen, for sharing. All my love to you and your precious, beautiful boys.