Last year, my older daughter got a couple bottle lambs (one died) from a neighbor. Then last fall, some other neighbors gave us a ram. We kept the two separate, for the most part, and then, tired of sheep, my daughter gave the ram to a farmer friend. For months, she half-heartedly tried to sell the remaining sheep. Eventually, she found a farmer who said he could take it with his flock when they went to slaughter. He didn’t say if he would buy it from her or not, and she didn’t care. She just wanted it gone.

But then, when she was loading it into the truck to deliver it to the farmer, she called me on the phone: Mom, I think the sheep is pregnant. So I tromped down to the field and there was the sheep, trussed up and on her back, her bulging belly and swollen udder plainly visible.

My daughter was dismayed. “I just thought she was really fat!”

So she untied the sheep, let the farmer know her sheep would not be slaughtered after all, and made arrangements for a sheep shearer to come.

And then we waited. “Maybe she really is just fat,” I said, as the days ticked by.

But then Thursday afternoon, the sheep started hunching her back and stomping the ground. That night my daughter penned her in the shed. The next morning, she ran down to check first thing. From the kitchen window, I saw her look in the pen and then immediately spin around excitedly to look back at the house.

“I think we have a lamb,” I told my husband, slipping on my flipflops.

Down at the shed, I peered in and there, still covered with blood and goop, was not one, but two, new baby lambs! 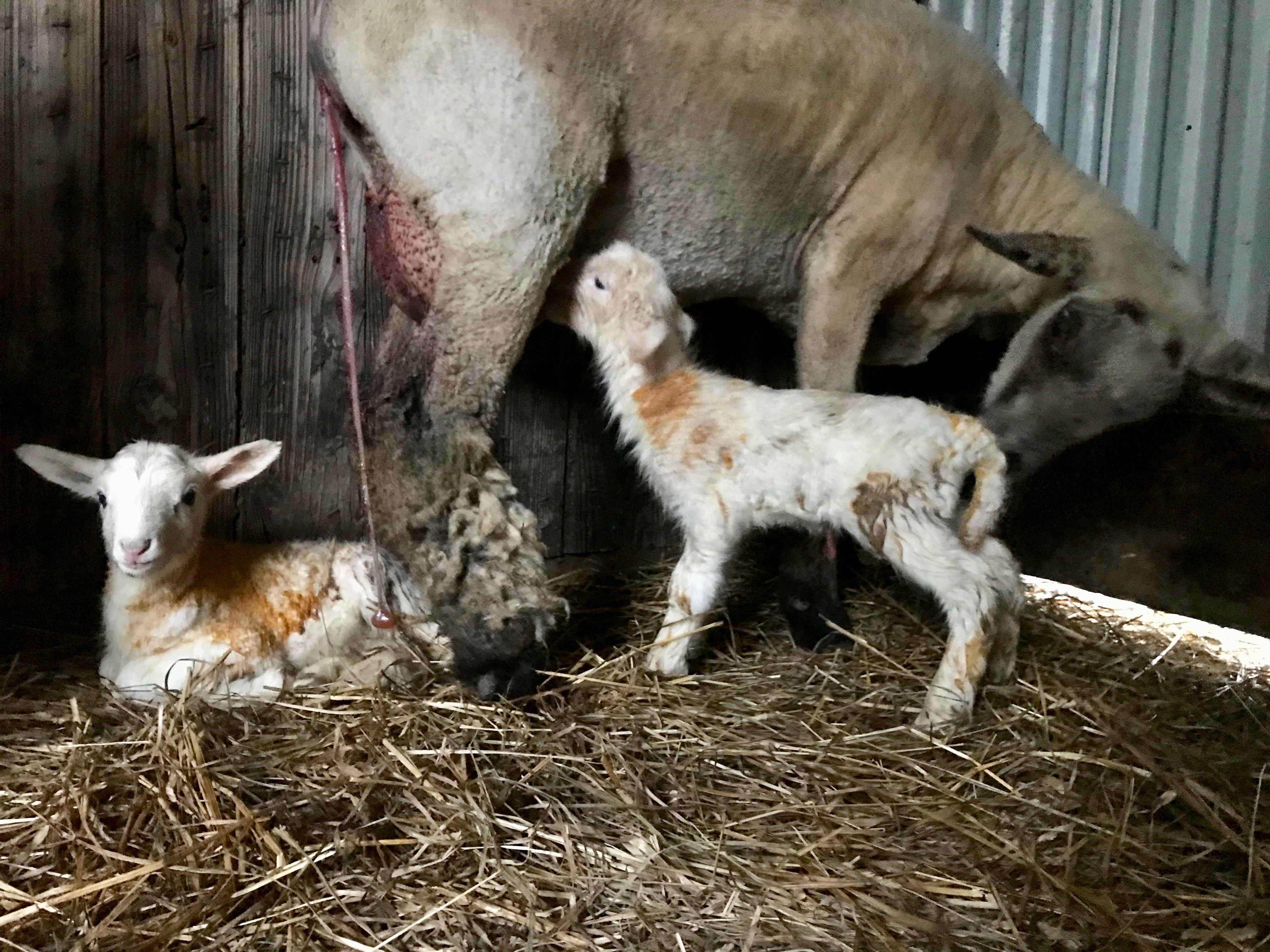 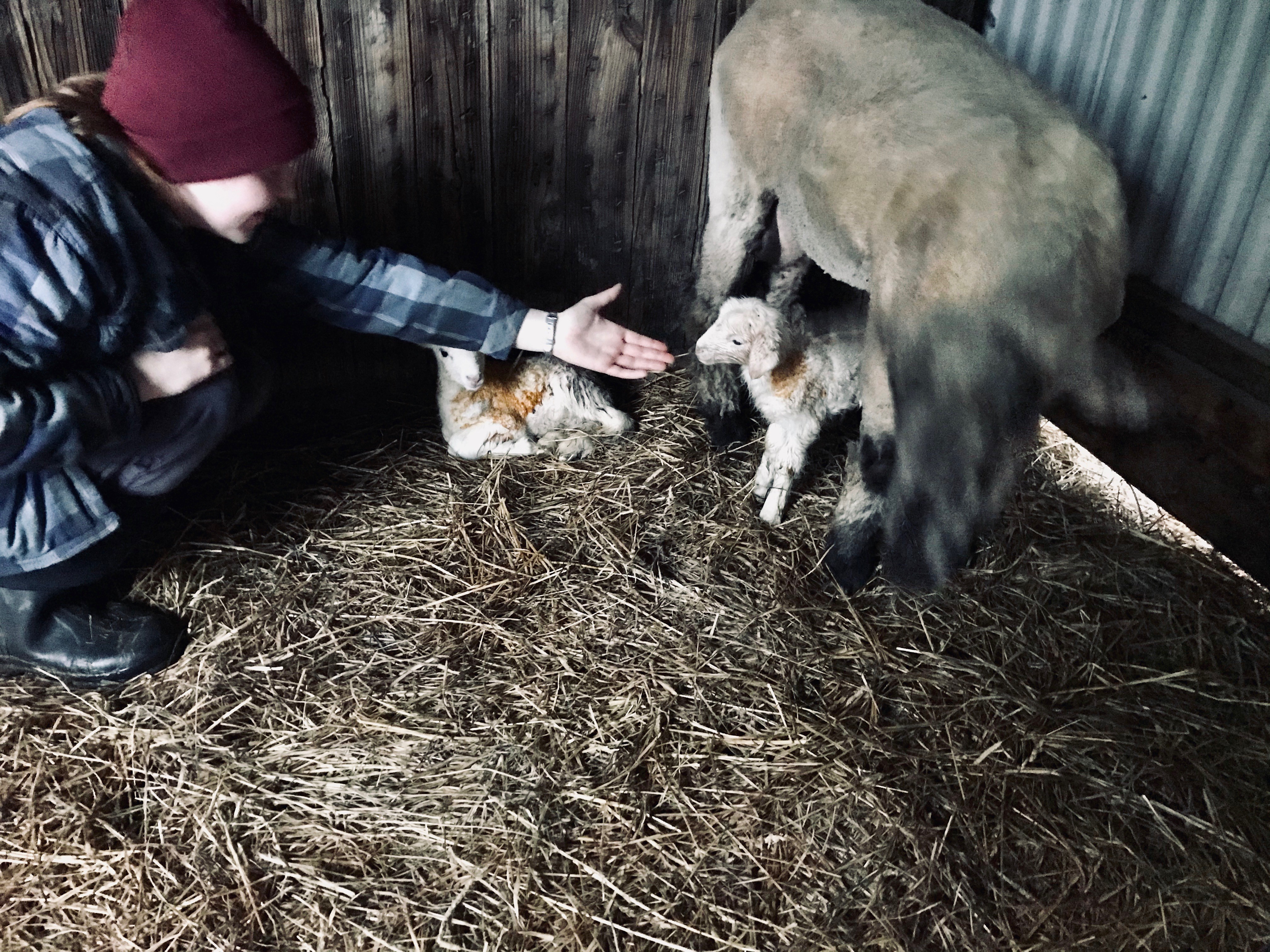 We’d missed the deliveries by about an hour, probably. The female lamb is about half the size of the male, but they’re both active and eating.

And the mama is doing a fantastic job caring for them. 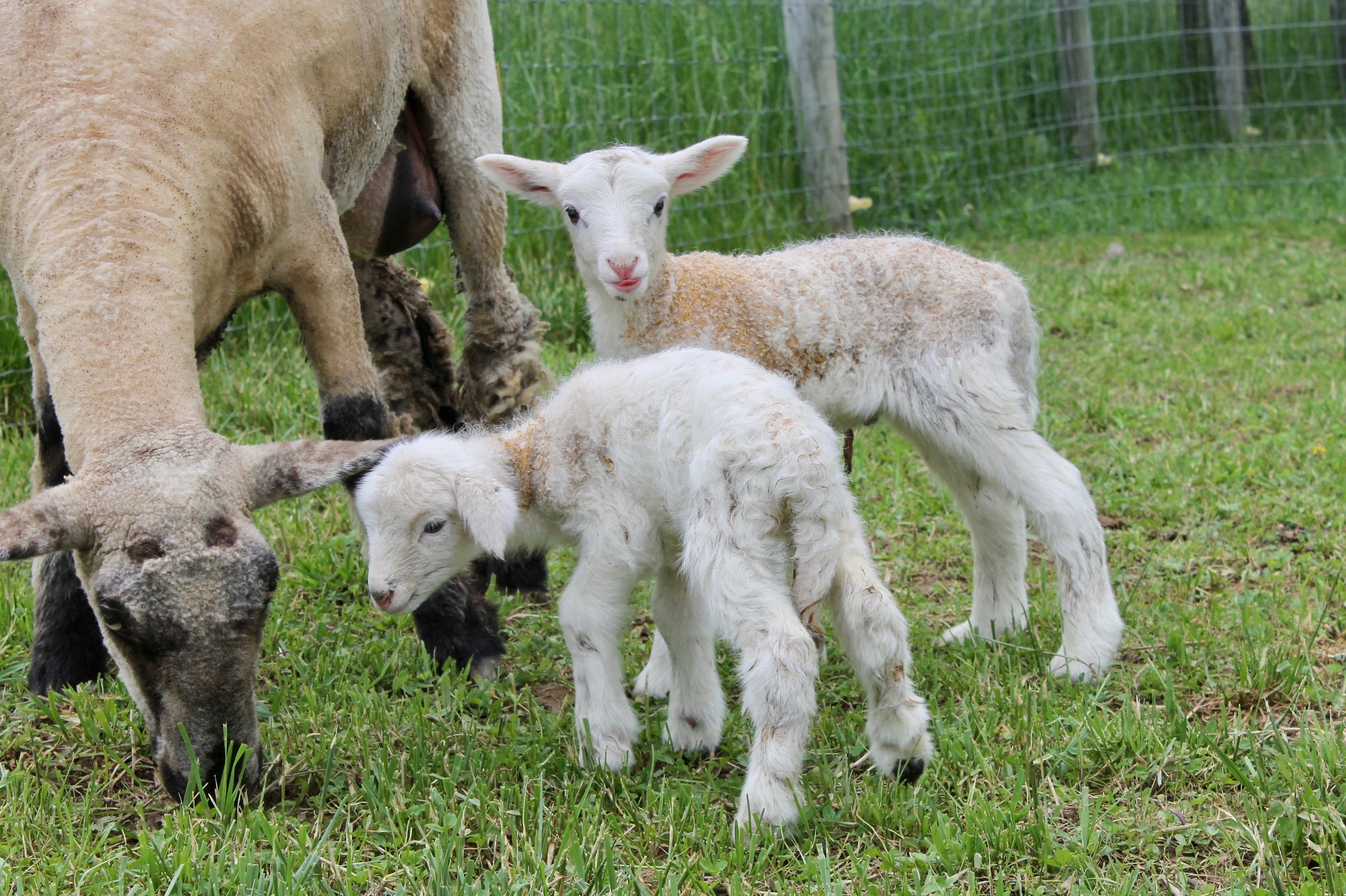 So much for my daughter’s plan to get rid of her sheep, ha.