Sunday
For several days now, my husband has had severe stomach bloating and cramping. (Actually, he’s felt this way for years. Going lactose-free helped tremendously, but not all the way). Increasingly, he’s been feeling more and more uncomfortable and finally, after reading about the symptoms of non-celiac gluten sensitivity (of which he has all of them), he announces that he’s going gluten-free.

I plant the lettuce and spinach. I wonder if this is unnecessary, since my daughter’s occasional gleanings from the farm have proven sufficient thus far, but then I do it anyway.

Monday
In place of milk, my husband eats water on his granola. He says it’s good.

Tuesday
My husband and I have a zoom-and-wine date with friends (except I skip the wine — it’s too close to bedtime).

Wednesday
My mom comes over so I can give her a haircut. I wear a mask. When I’m finished, I take the mask off and blow the hairs off her.

In the evening, we watch the National Theatre’s free streaming of One Man, Two Guvnors. It’s so outrageously and uproariously hilarious that, at the intermission, we have to take a break to pull ourselves together.

Thursday
We use up the last of the half-and-half. Now we’re lacing our coffee with heavy whipping cream. I’m not complaining.

My husband has a meeting with prospective clients. I’m so bored that I ride along with him, just for the heck of it. While he meets with the homeowners, I alternate between snoozing and staring out the van window.

Friday
It’s Day Two of high winds, and I feel battered by the constant pounding of the wind against the roof and exhausted from inactivity. In the afternoon, headachy and bored, I lay down to read and end up taking an off-again-on-again nap. 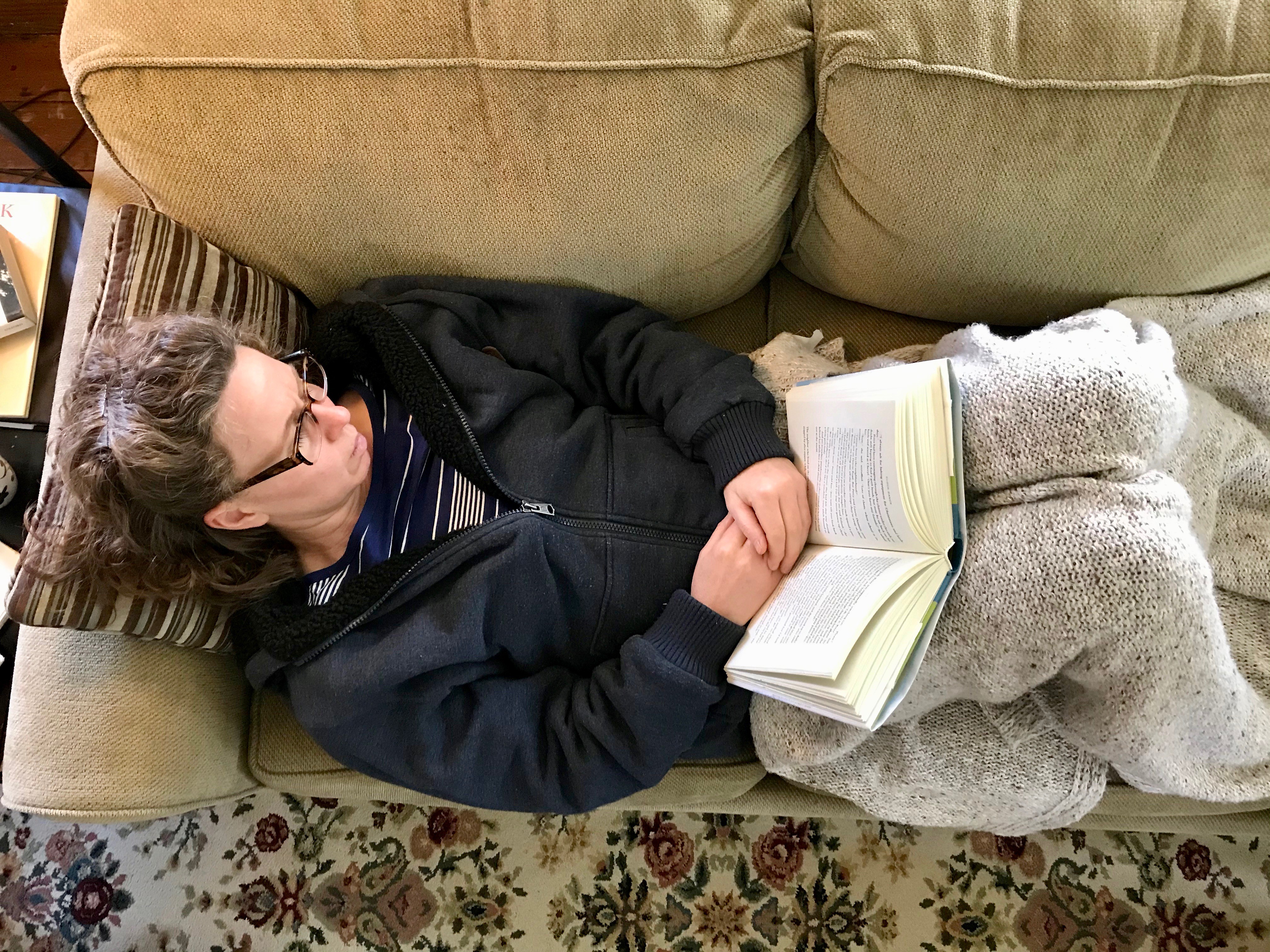 I don’t get up until suppertime.

Our church is requesting short videos of church members “passing the peace.” My kids insist we send in a clip of a family dance party, so I do. It’s decidedly unholy, though, so I doubt they’ll use it.

We have zoom happy hour with my husband’s siblings — all eight of them — and their families. 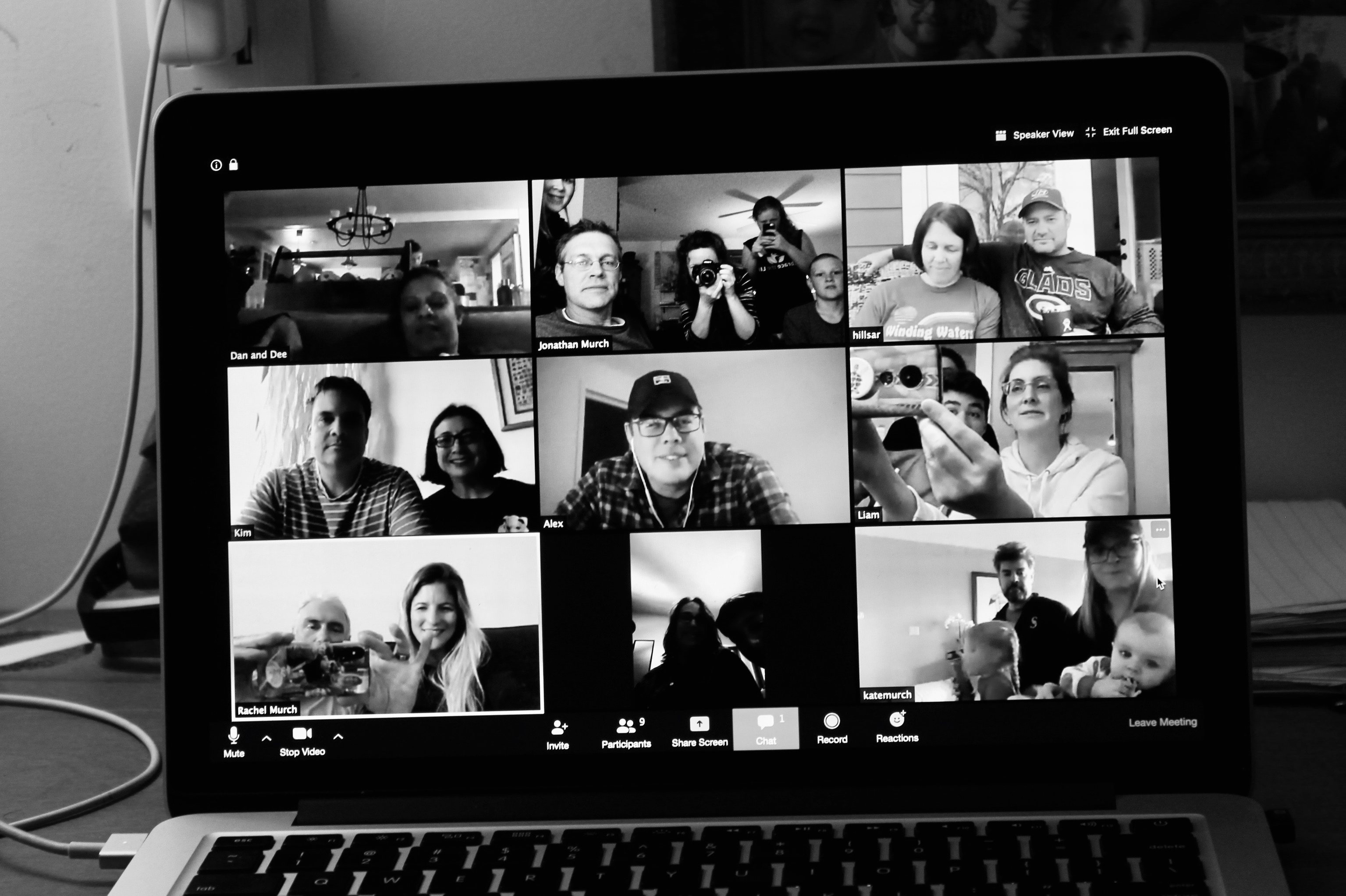 Saturday
My husband eats sourdough toast with his bacon and eggs. Three hours later, he gets abdominal cramps that last about 18 hours, and, despite having slept well the night before, he’s so exhausted he can hardly function. Well, darn.

We’re running dangerously low on toilet paper, garlic, and onions. We’re out of sour cream and tortilla chips. The asparagus is up.

We watch the free streaming of Jesus Christ Superstar.

Sunday
I convince my husband to go running with me (two mornings in a row!) and then that afternoon we walk to my parents’ house, the boys trailing. 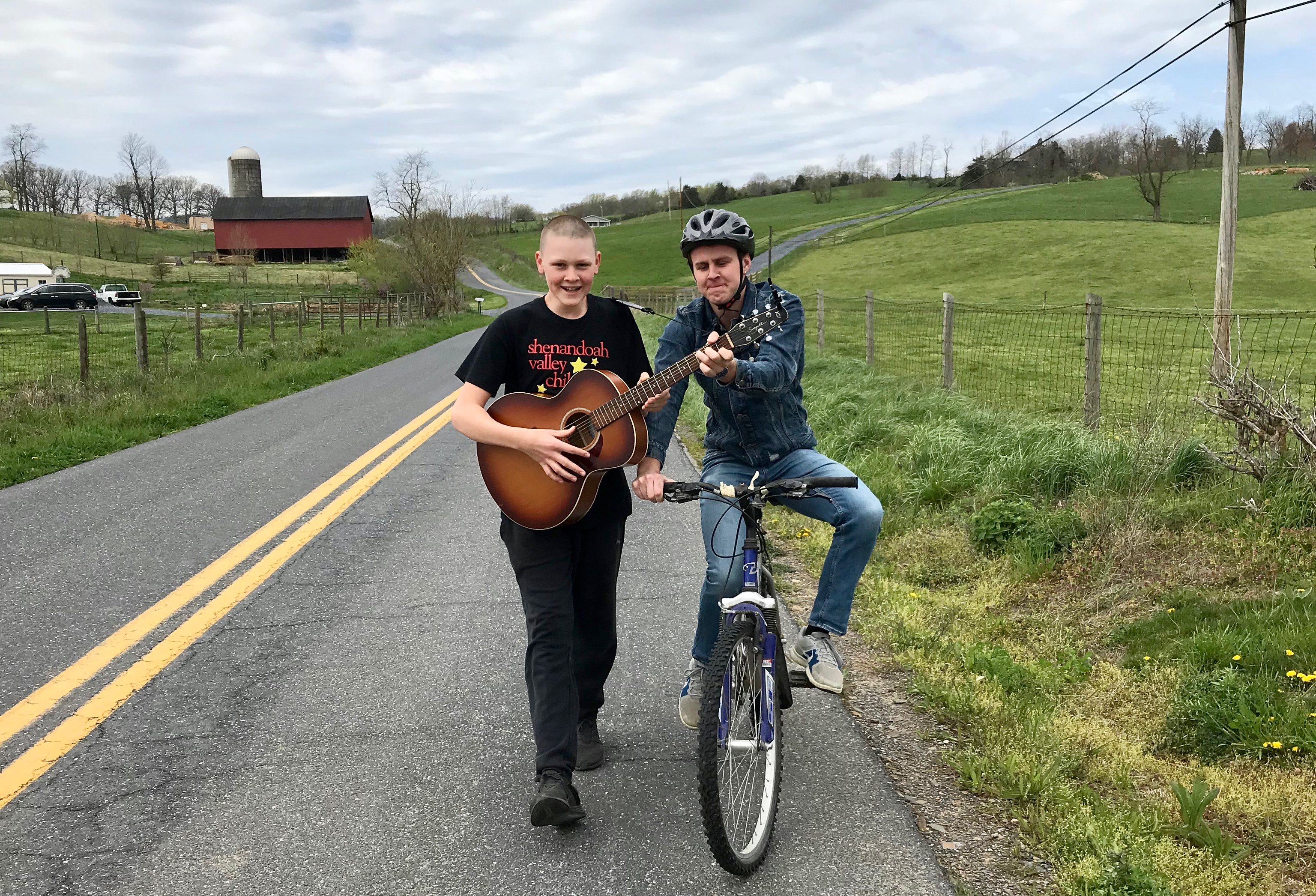 Their dorkiness is in full force.

I’ve been thinking a lot about why I’m not as bored as I usually am.

Perhaps because, like me, so many people are at home (or at least the people who aren’t essential; everyone else is being run ragged), I feel less alone, more connected.

Plus, now that my options are severely limited, there is no point in thinking about what I could/should/might be doing.

This is it. This is all.

For my needy, driven self, it’s almost a relief.

Frustrated that, regarding the stimulus package, his age bracket has been entirely overlooked, he wrote a letter. 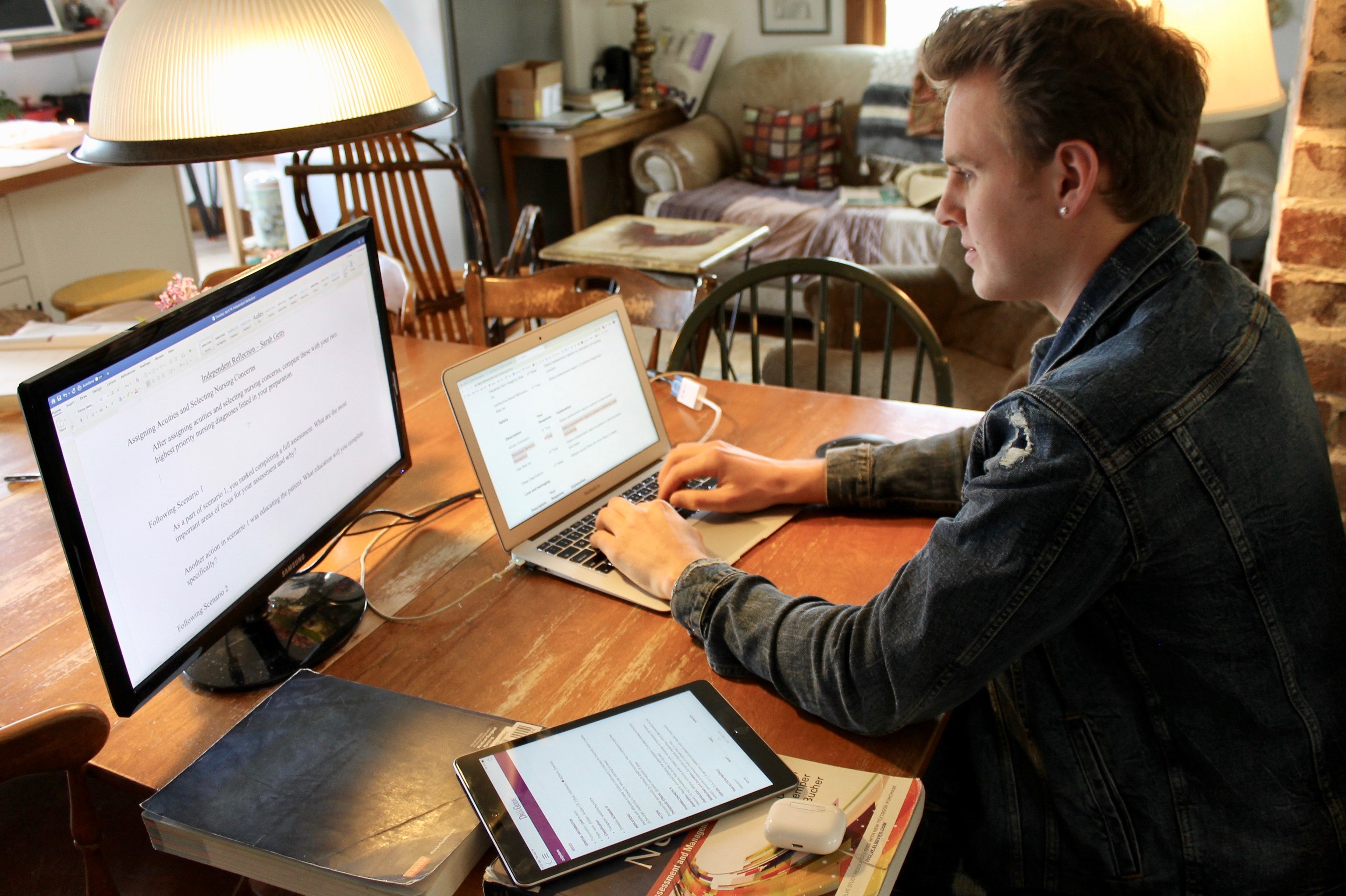 the spontaneous activist
(though he’s working on his studies here, not the letter) 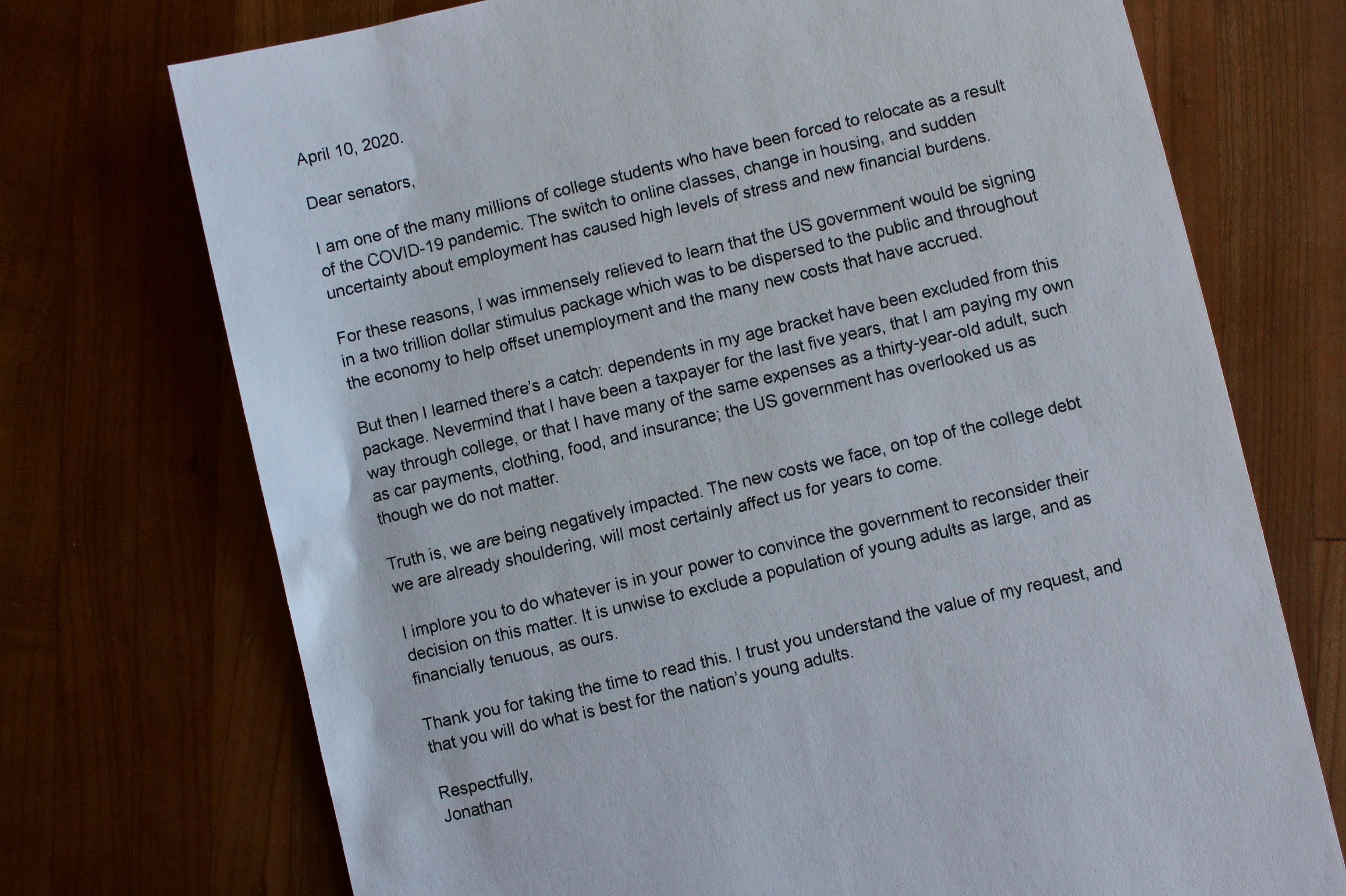 “Never mind that I have been a taxpayer for the last five years, that I am paying my own way through college, or that I have many of the same expenses as a thirty-year-old adult, such as car payments, clothing, food, and insurance; the US government has overlooked us as though we do not matter.”

My daughter, too, got in on the action. 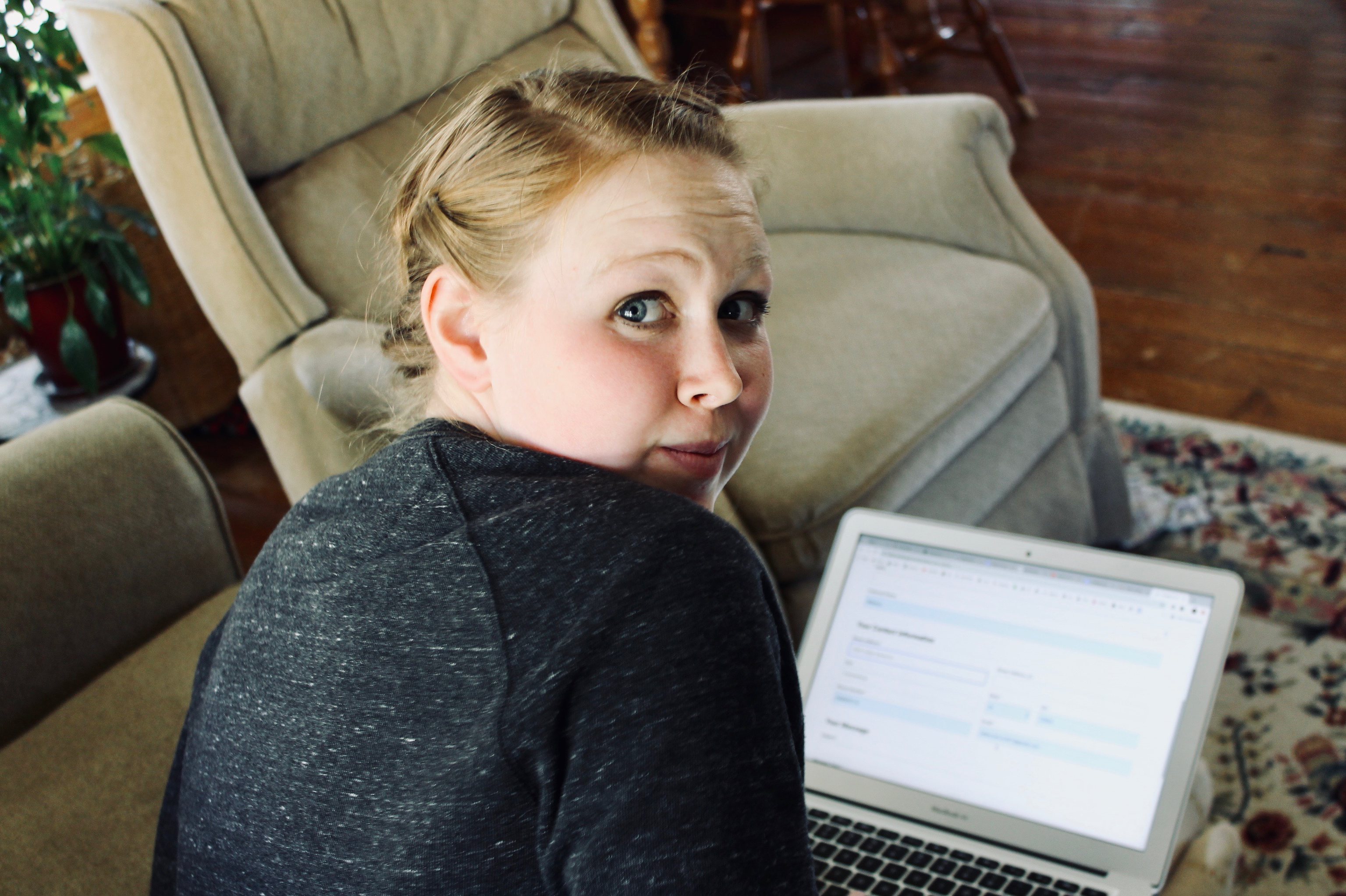 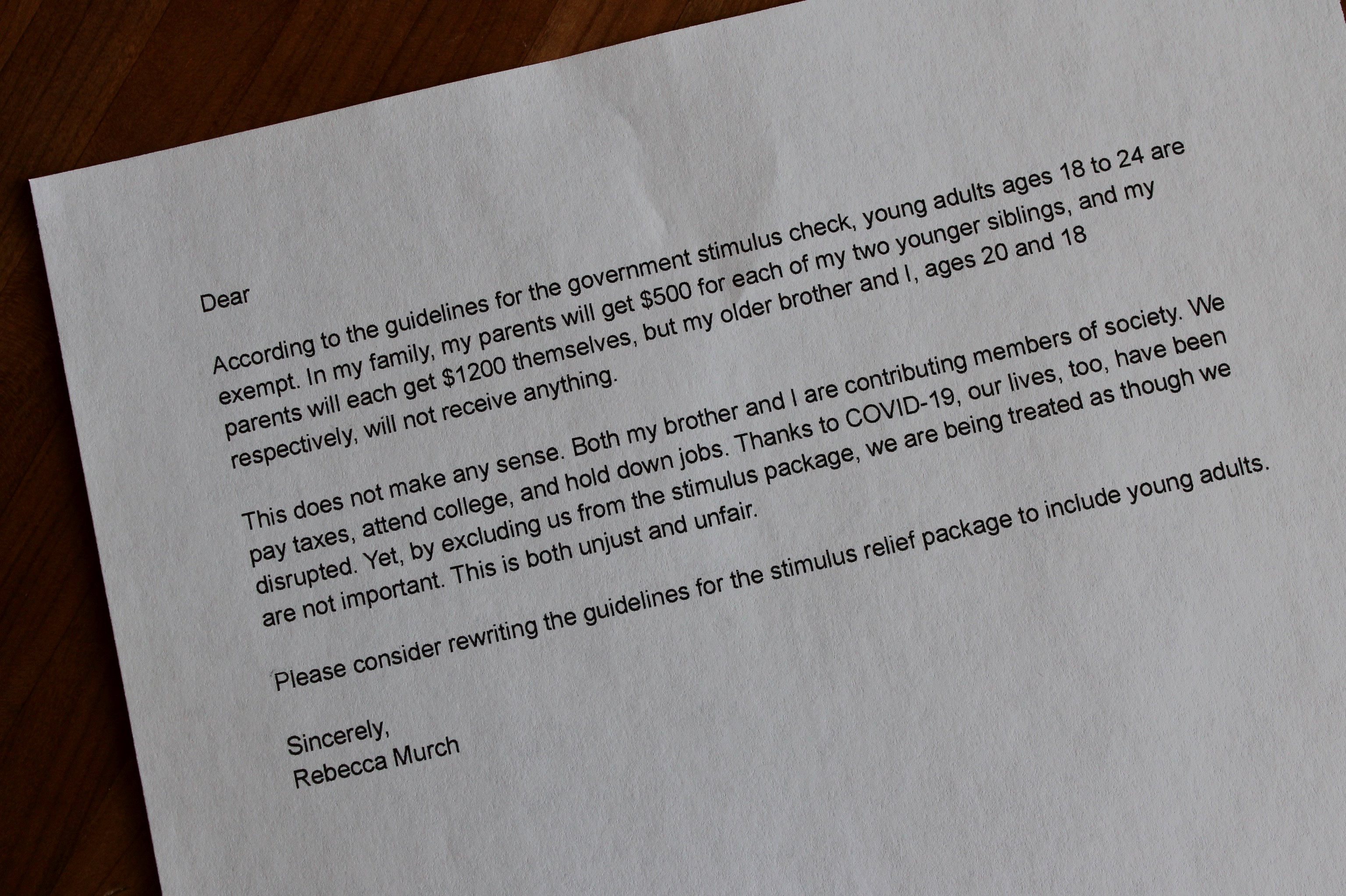 And thus concludes our civics lesson 101.

Watching movies (TV shows, plays, whatever), we marvel at all the casual physical contact. They shake hands! they give hugs! they cheek kiss! they share food! they stand close together! It’s as though they haven’t a care in the world.

When will we do this again?

Will we do this again?

Since the pandemic hit, it seems like I’ve been watching more theater than ever before.

Fleabag fans: watch the play for five dollars, and charity!

The American Shakespeare Center is streaming shows now, too. I haven’t watched any yet, but I’ve heard good things.

And then of course there’s the usual Netflix and Amazon Prime….

I’ve been loving on Chef, an earthy show in which chefs learn from one another, mess up, discover new techniques, do impromptu creating, and eat lots and lots of food.

My husband and I started watching Unorthodox. He could hardly stand it, though, since fanatical religious behavior makes his skin crawl. Which is unfortunate because the story’s compelling and the acting is marvelous and I really, really, really want to watch it with him. Maybe if we watch it during daylight hours and then decompress with funny YouTube videos?

We’ve also started watching The English Game. We’ve only watched one episode, but right away I got excited over the abundance of smart, opinionated female characters. (It doesn’t have the best ratings, though.)

Sunday’s family night movie, Knives Out, was a fun change of pace.

And finally, a few other gems…

*This view of Paris in lockdown (with recipes!). “We are thankful that France …. has solid healthcare and social security systems in place, with free medical care available to all and an admirable commitment to supporting citizens and businesses throughout this crisis.” Can you even imagine?!

*A word about the post office and postal workers, from Ted in the Shed. “I would think at this point in our new realities, they don’t want to be called heroes. I think, rather, they want to be safe and also have a job in 5 months.”

*Explaining the pandemic to my past self:

*Our Pandemic Summer, an indepth look at what the future holds (The Atlantic): “‘…this isn’t about the next couple of weeks. This is about the next two years.'” (I’ve only skimmed this so far, but I plan to read it out loud to the family over supper tonight.) (Update: just read it to the family. An excellent article. Reading it out loud helped me to absorb the information, and it helped to get all of us on the same page, giving us all a more realistic perspective on what we’re going through. Highly, highly recommend.)

*Read the room: for both kids and adults, a little tip to alleviate the strain of all this togetherness we’re doing. 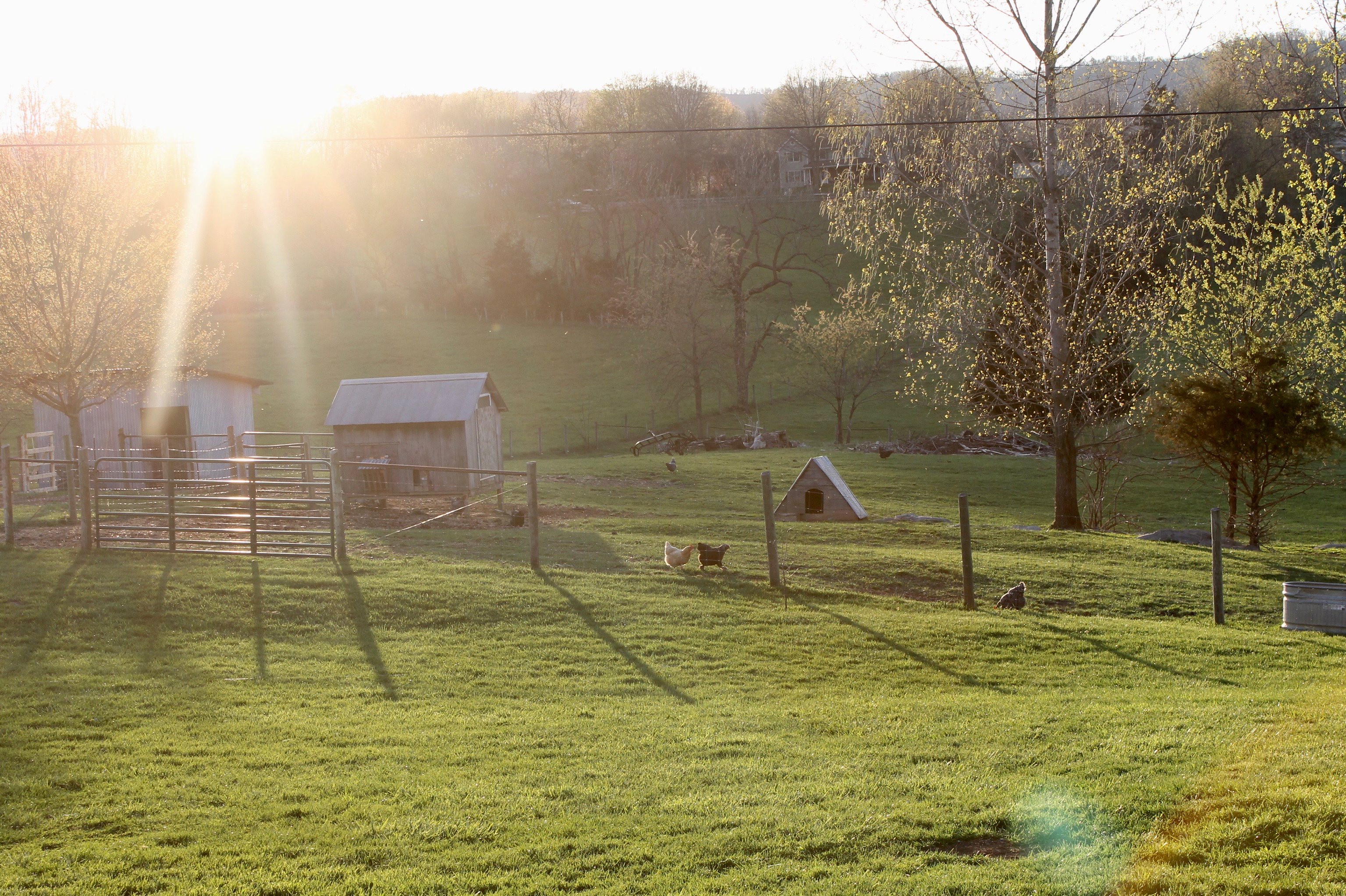