Last week when I got the hankering for hamburgers and didn’t have any buns — and I knew the stores probably didn’t either because, when we’d stopped by a couple nights prior to pick up a pack of hotdog buns, there were none — I decided to make my own.

I’d recently discovered milk bread, a bread that relies on a paste of cooked flour and milk for its signature light-and-fluffy texture. After I made the bread the first time, I was hooked. The process was fun — the cooked flour-and-milk gave it a thrill factor — and the billowy bread with its glossy egg wash varnish was delicious.

Now, with no hamburger buns to be had, it occured to me that this bread, with its light, yet firm texture, would make perfect buns. 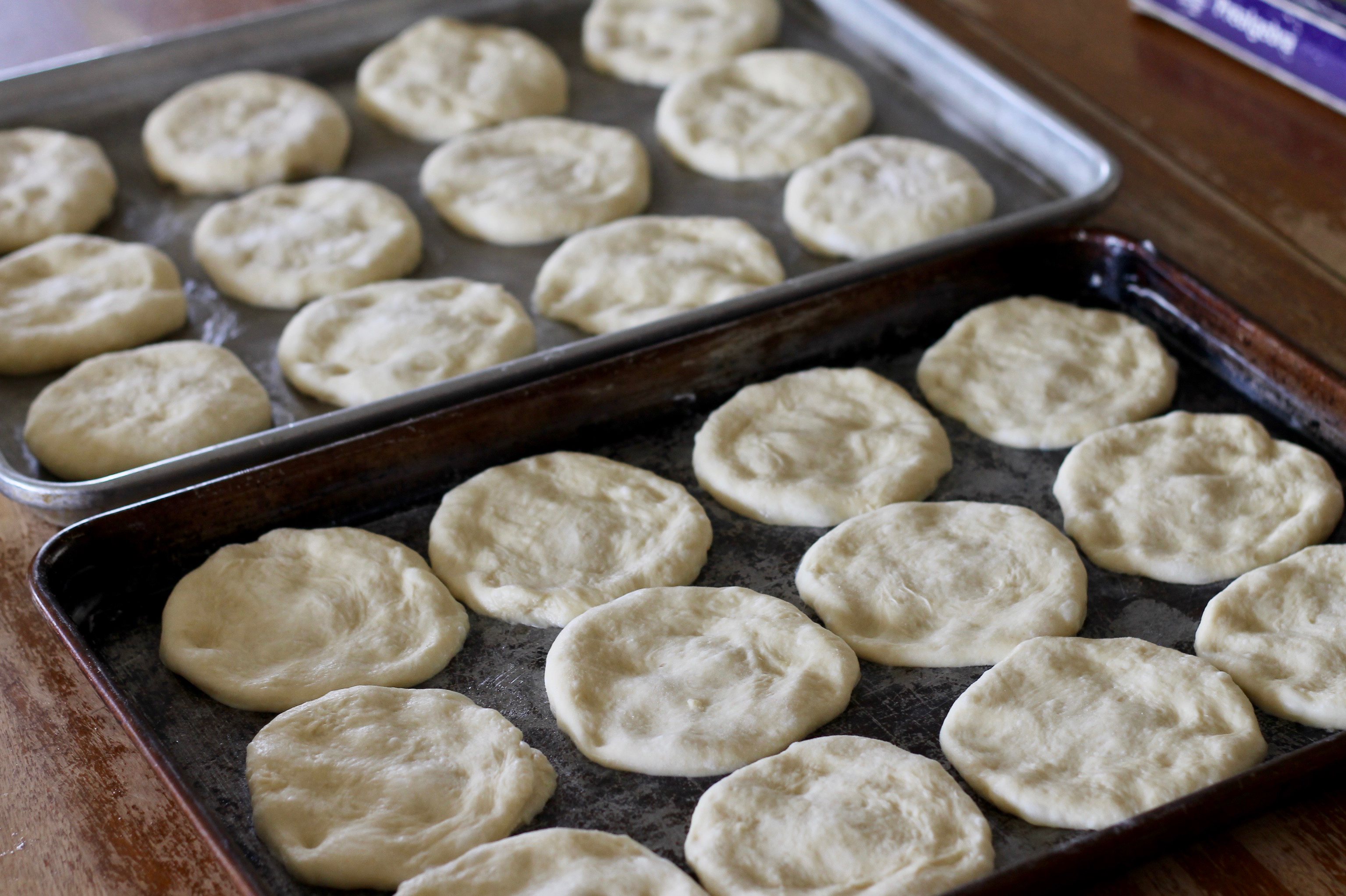 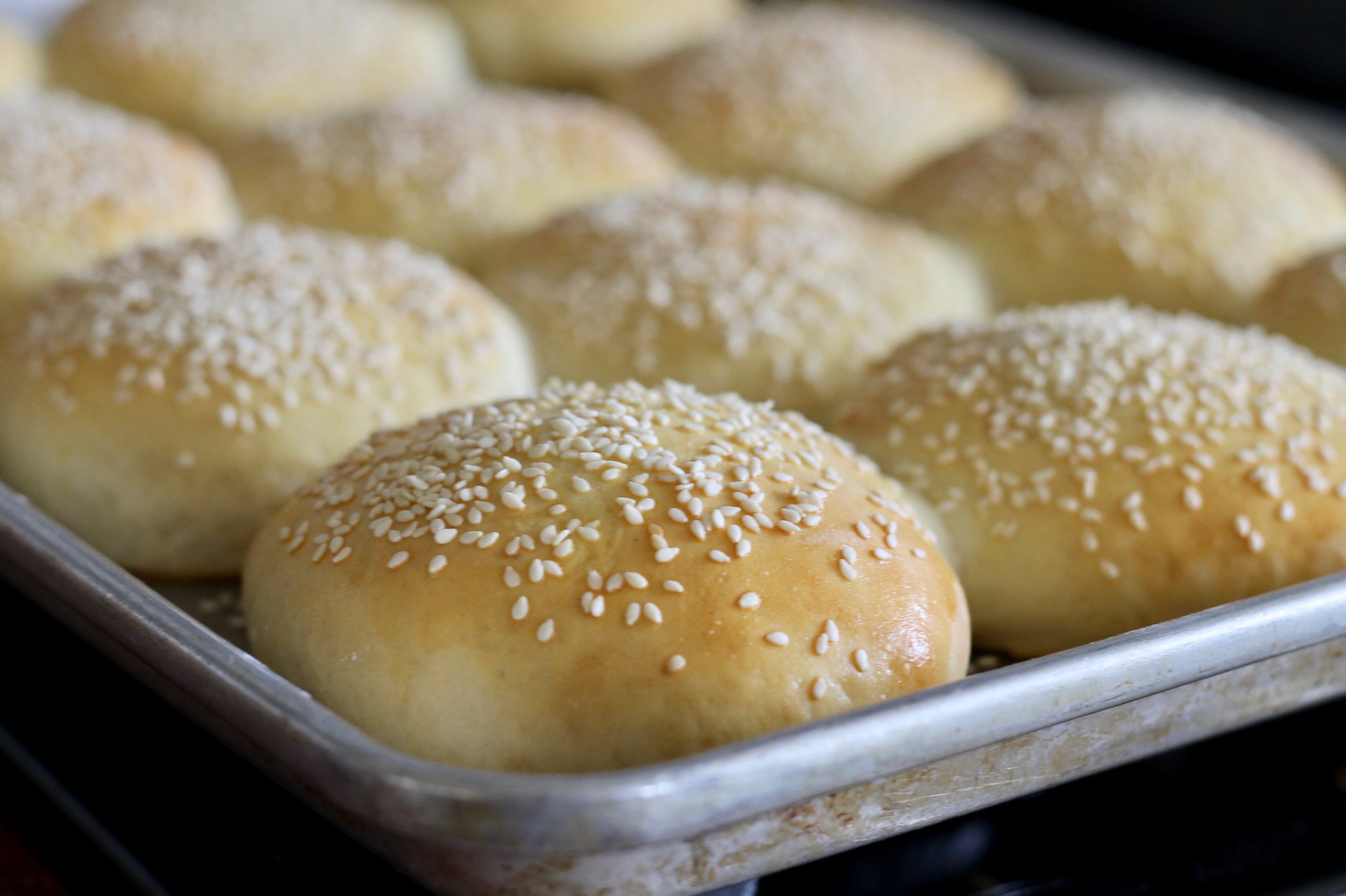 You know how some burgers buns are so hard and dry that it’s like there’s a war going on between the burger and bun? They are too separate, too different. They don’t even try to get along. And then some buns are so inconsequential that they melt right into the burger, completely disintegrating to the point that it feels like you’re eating meat wrapped in a soggy tissue. 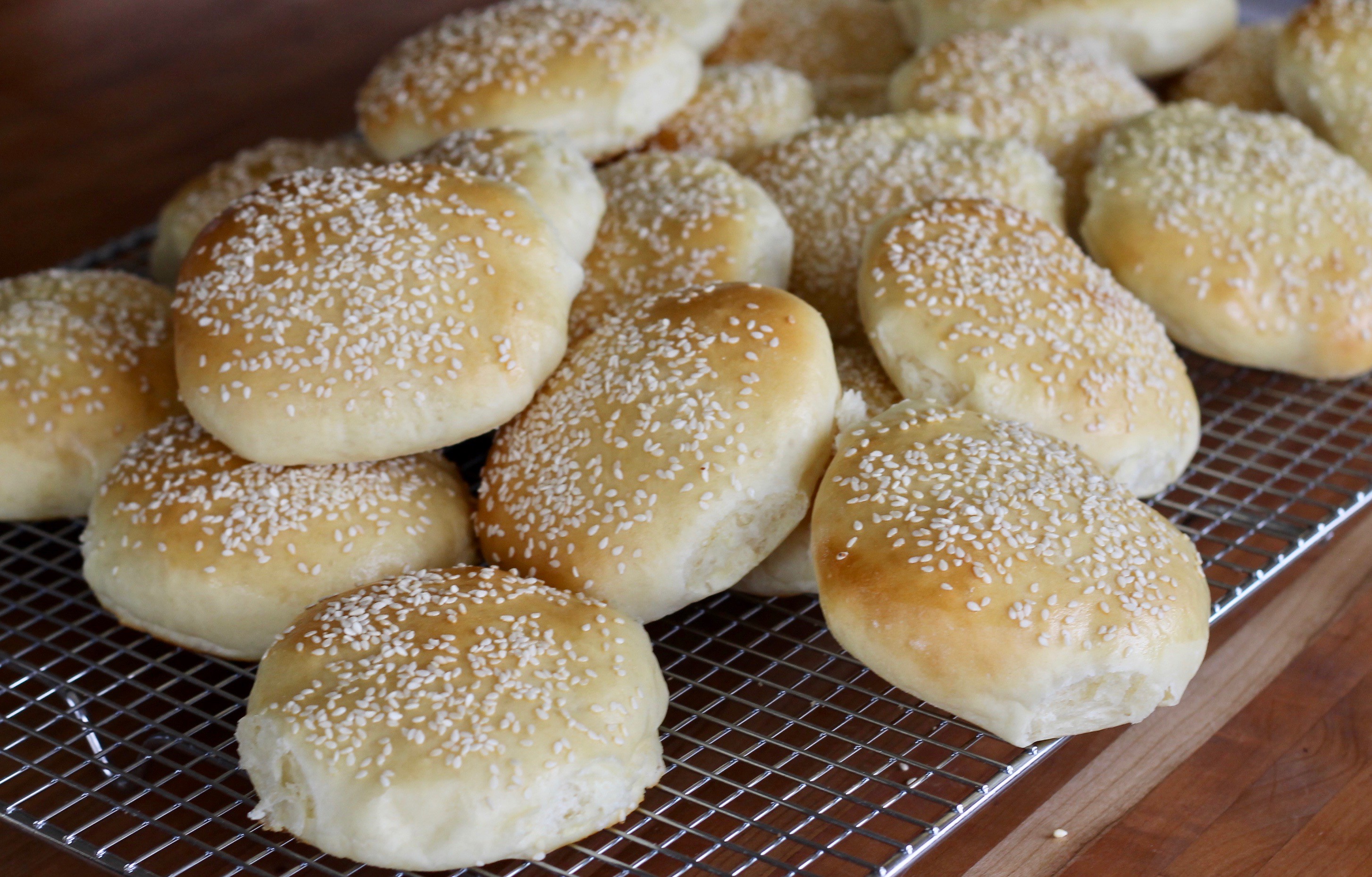 These buns, though, were the best of both worlds. They managed to both conform to the burger and hold up against the onslaught of toppings. 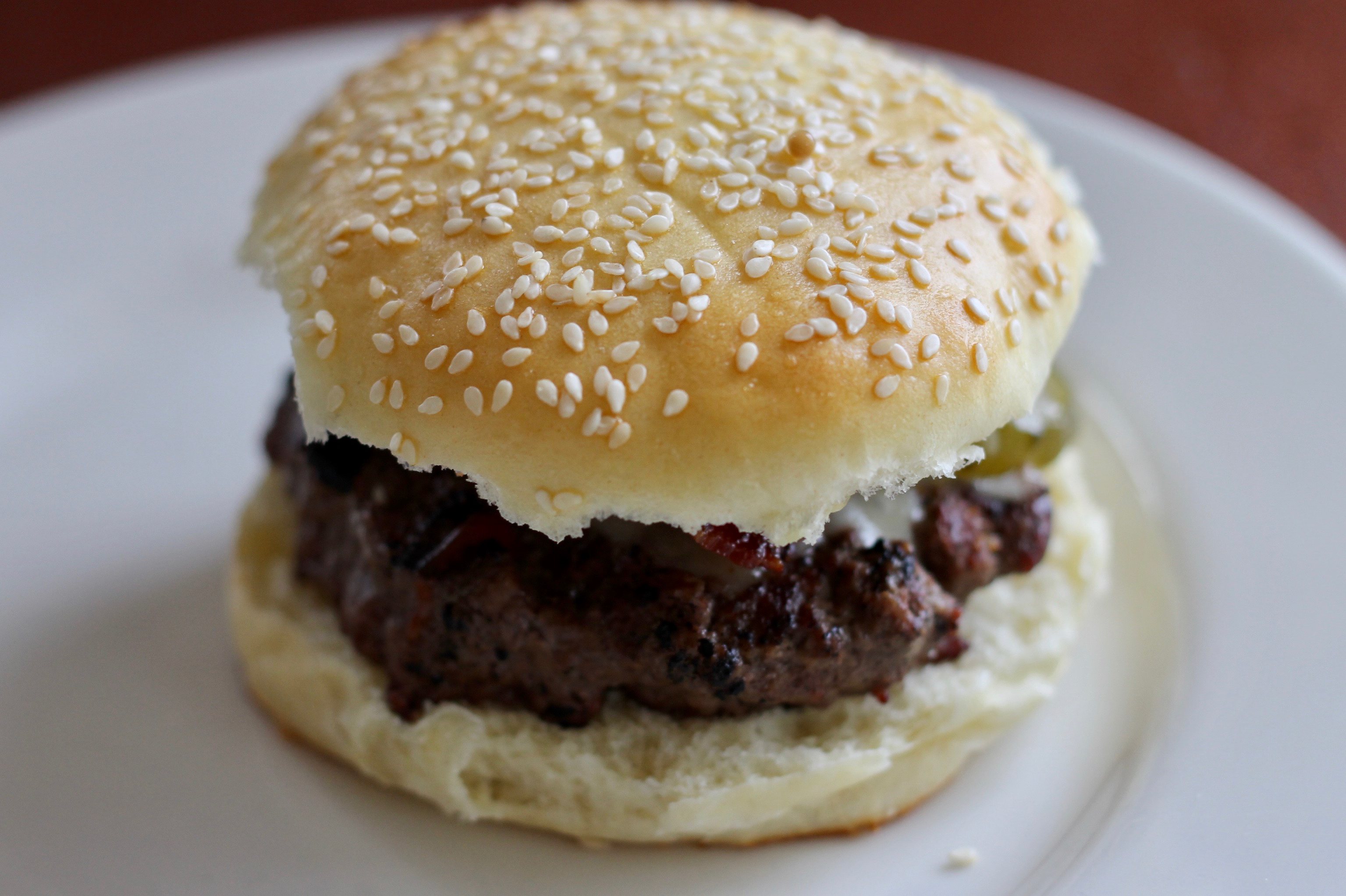 Milk Bread
Adapted from my friend’s recipe and she, in turn, got her inspiration from the blog Curious Nut.

Tangzhong is simply the Japanese term for a cooked flour and water (or milk) slurry. (I’d actually first read about the method from a Cook’s Illustrated magazine — I’d even photocopied the recipe because it included step-by-step illustrations for making a challah loaf with four strips of dough — but then I never did anything with it.)

The recipe I’ve been using makes double the amount that I have here — I halved it so it could be made using a stand mixer. Feel free to double it, if you like. (For photos of the rising bread dough and a finished loaf, go here.)

Measure the milk and flour into a small saucepan. Cook over medium-high heat, whisking steadily, until thick. Remove from heat and let cool.

Measure the warm milk, sugar, and yeast into a large mixing bowl, or in the bowl of your stand mixer. Stir briefly and let rest for ten minutes, or until puffy. Add a pound of the flour and salt and mix to combine. Add the cooled tangzhong. Add the two eggs and the rest of the flour. Add the butter and mix for several minutes.

Cover the dough with plastic or a towel (no need to remove it from the mixing bowl) and let rest until doubled.

For loaves: Divide the dough into two parts. Shape into loaves and place in greased pans. Let rest until doubled. Brush the tops with the egg wash. Bake at 350 degrees for about 30 minutes, or until golden brown. Turn out of pans onto a baking rack to cool.

For hamburger buns: Divide the dough into two parts. Divide each part into twelve equal sections, making 24 sections. Shape into balls of dough and then press flat into the desired size for your hamburger bun. Place buns on greased, half-baking sheets — 12 per pan. Cover and let rest until doubled. Brush with egg wash and sprinkle with sesame seeds, if desired. Bake at 350 degrees for about 15-20 minutes.