For his fourteenth, my younger son wanted to make his own birthday cake. 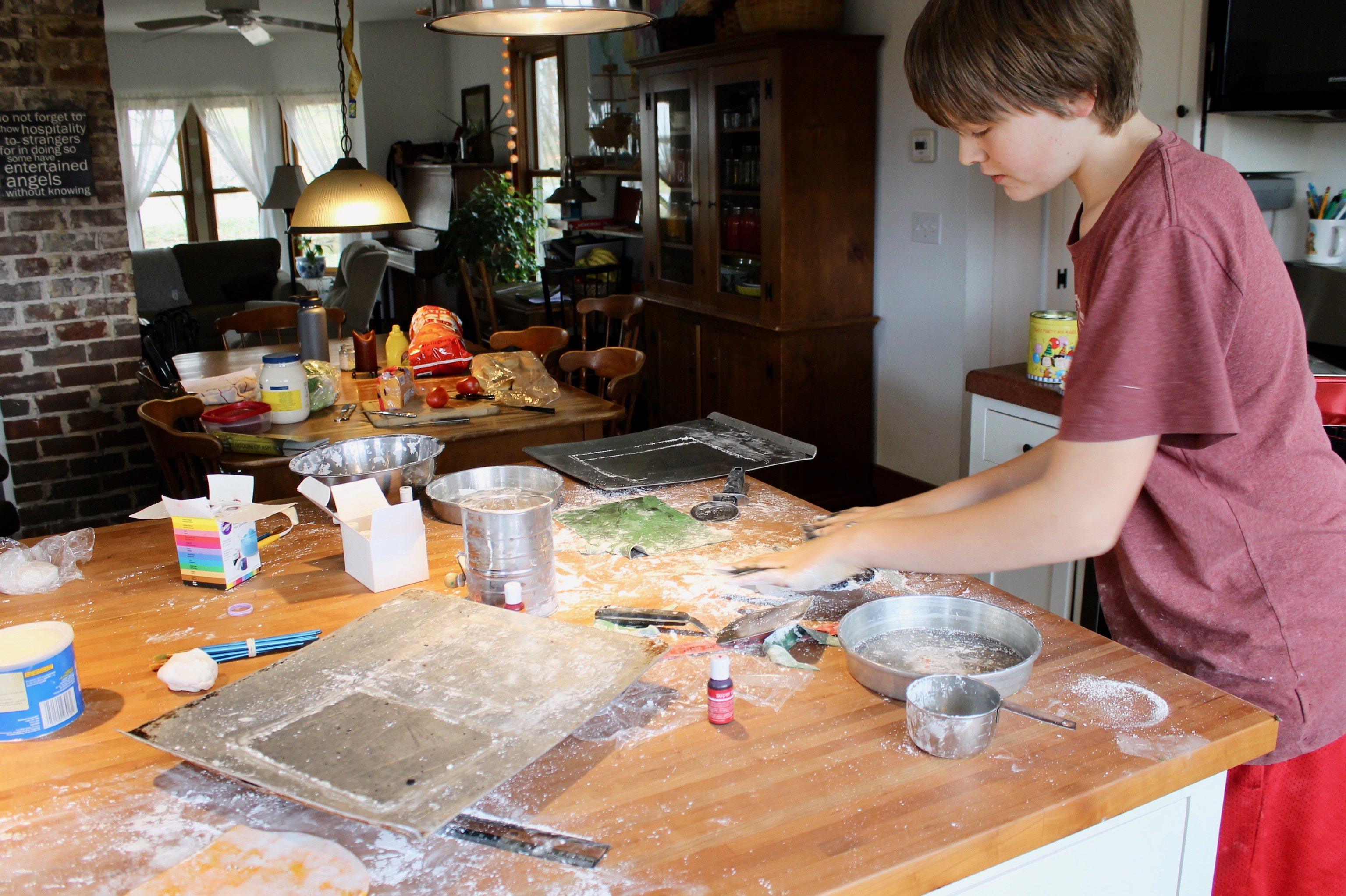 I know, I know, it sounds nice, the kid offering to do the work himself and all (and it was sweet of him!), but I knew better than to believe that it would simplify my life if he made his own cake. I’d still have to observe and teach, orchestrate and facilitate, and, perhaps hardest of all, sit on my hands and bite my tongue, ouch. Plus, we had a million people in the house and there was no room in the fridge for multiple chilling cakes and, on top of everything, he’d requested timpano for his birthday supper. 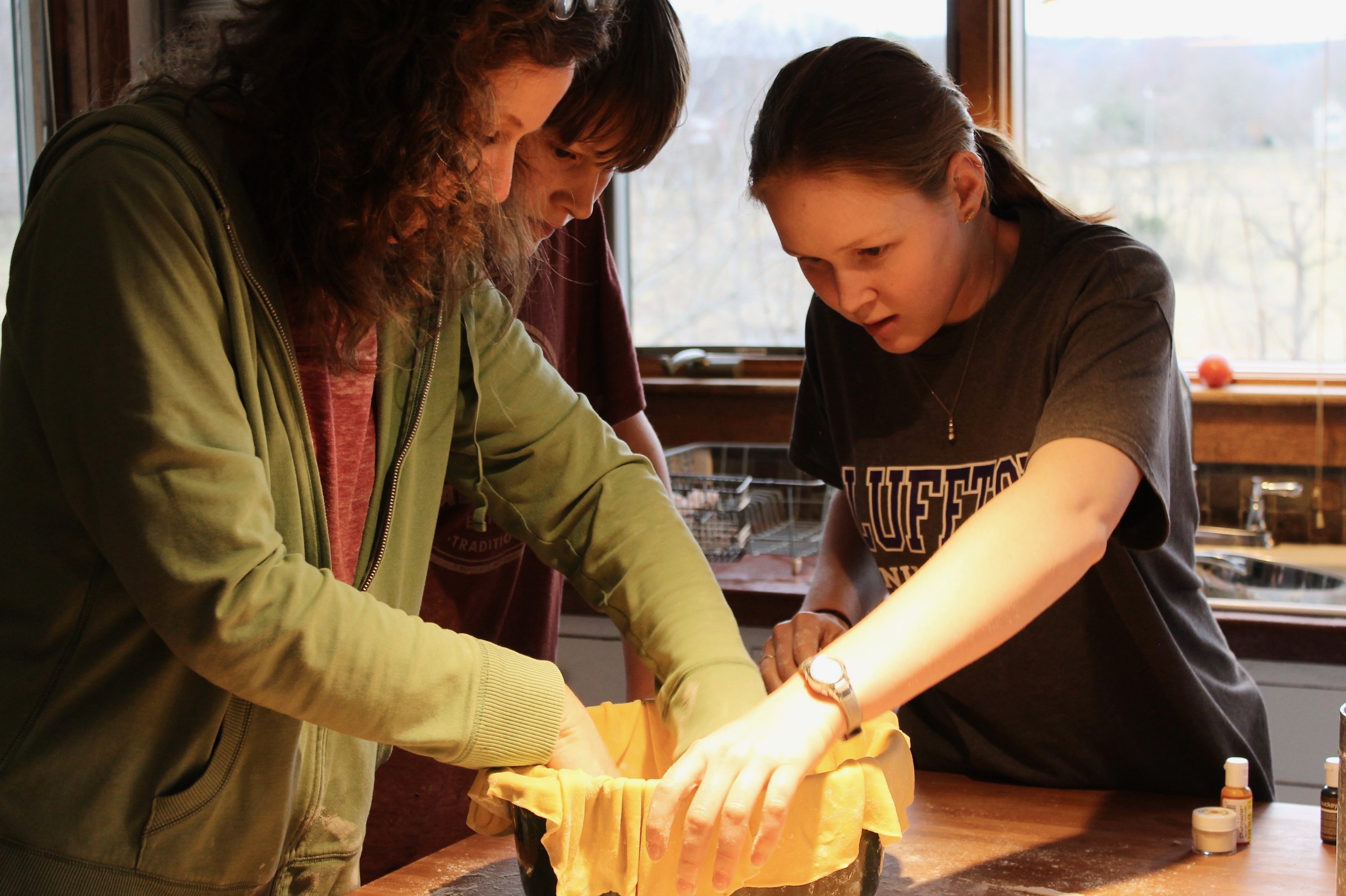 I didn’t know how much more I could handle.

A few days before his birthday, he made two chocolate cakes and stuck them in the freezer. I did a little research and we discussed decorating ideas. The day before, I made the Italian meringue buttercream — I wasn’t about to let him tackle that finicky recipe on his own — but we didn’t get around to really working on the cake until the day of. 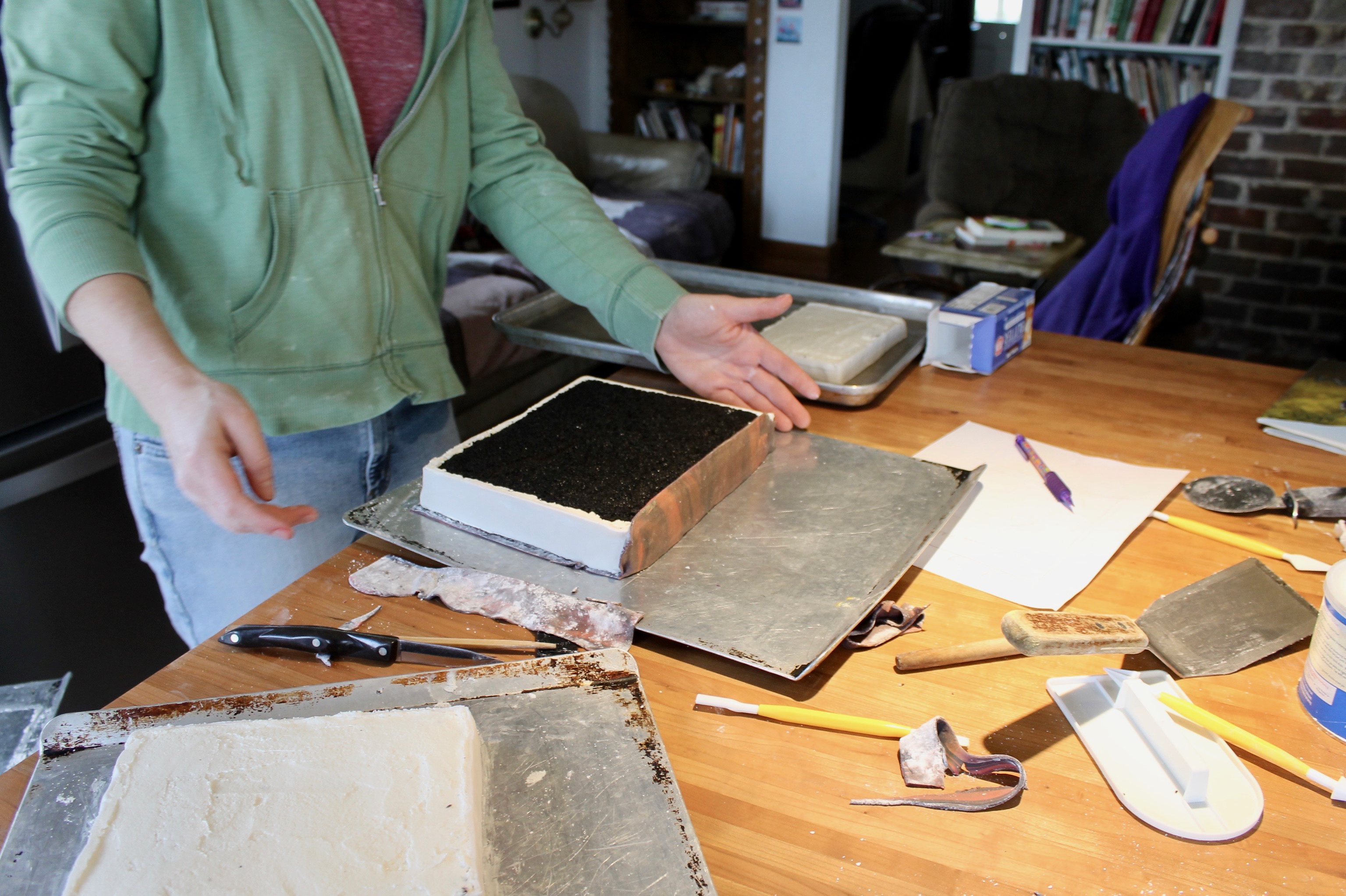 The day went, more or less, as I thought it would. There were drifts of confectioner’s sugar, tears, hours of making and creating, fights, and multiple floor washings-up. 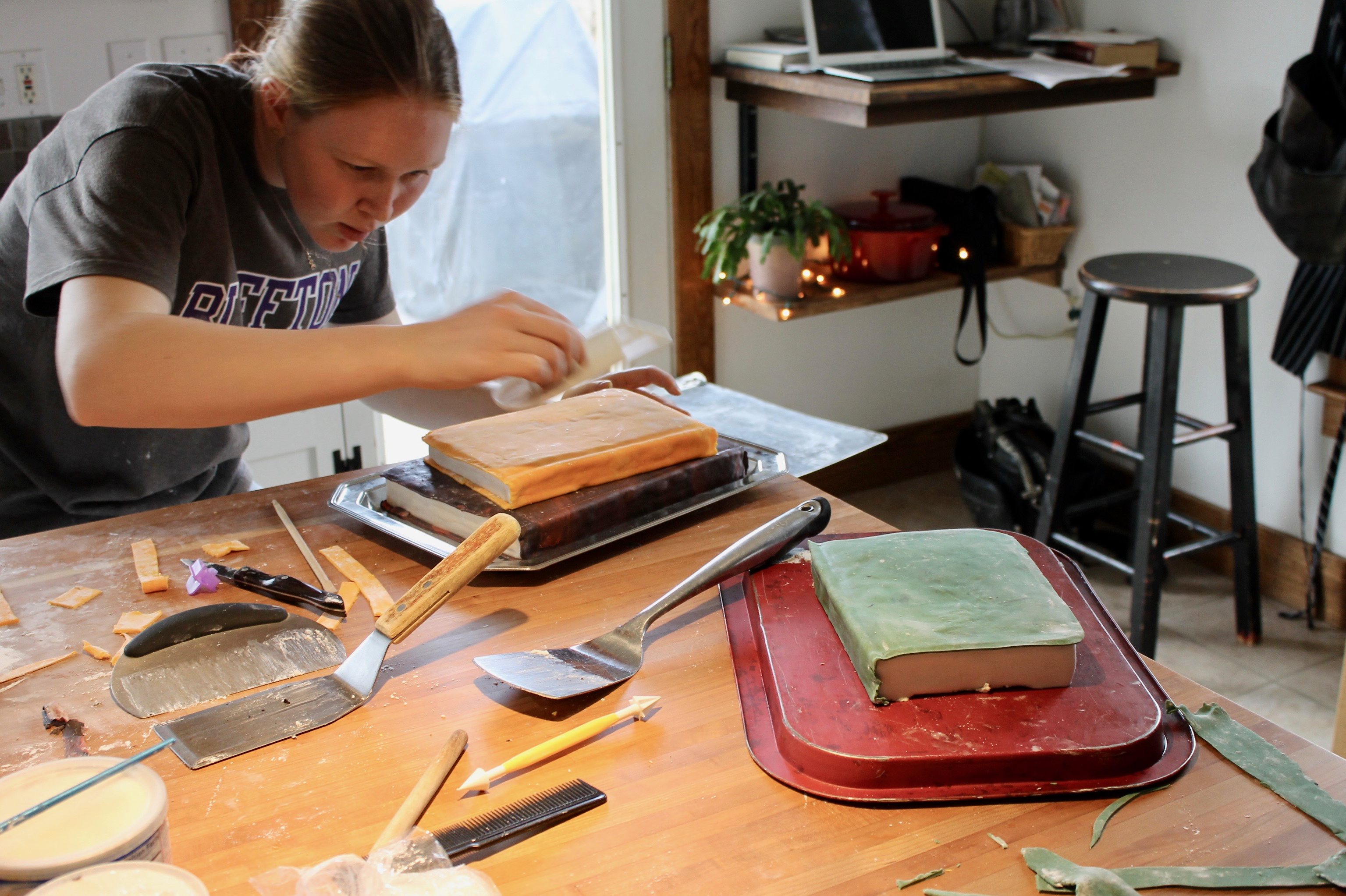 Mid-afternoon, exhausted from being on my feet all day, I threw up my hands and told him he was on his own, at which point he cheerfully made the finishing touches on the cakes and then turned his attention to helping me with the timpano, and then, without being asked, washed all the pre-supper dishes by himself. 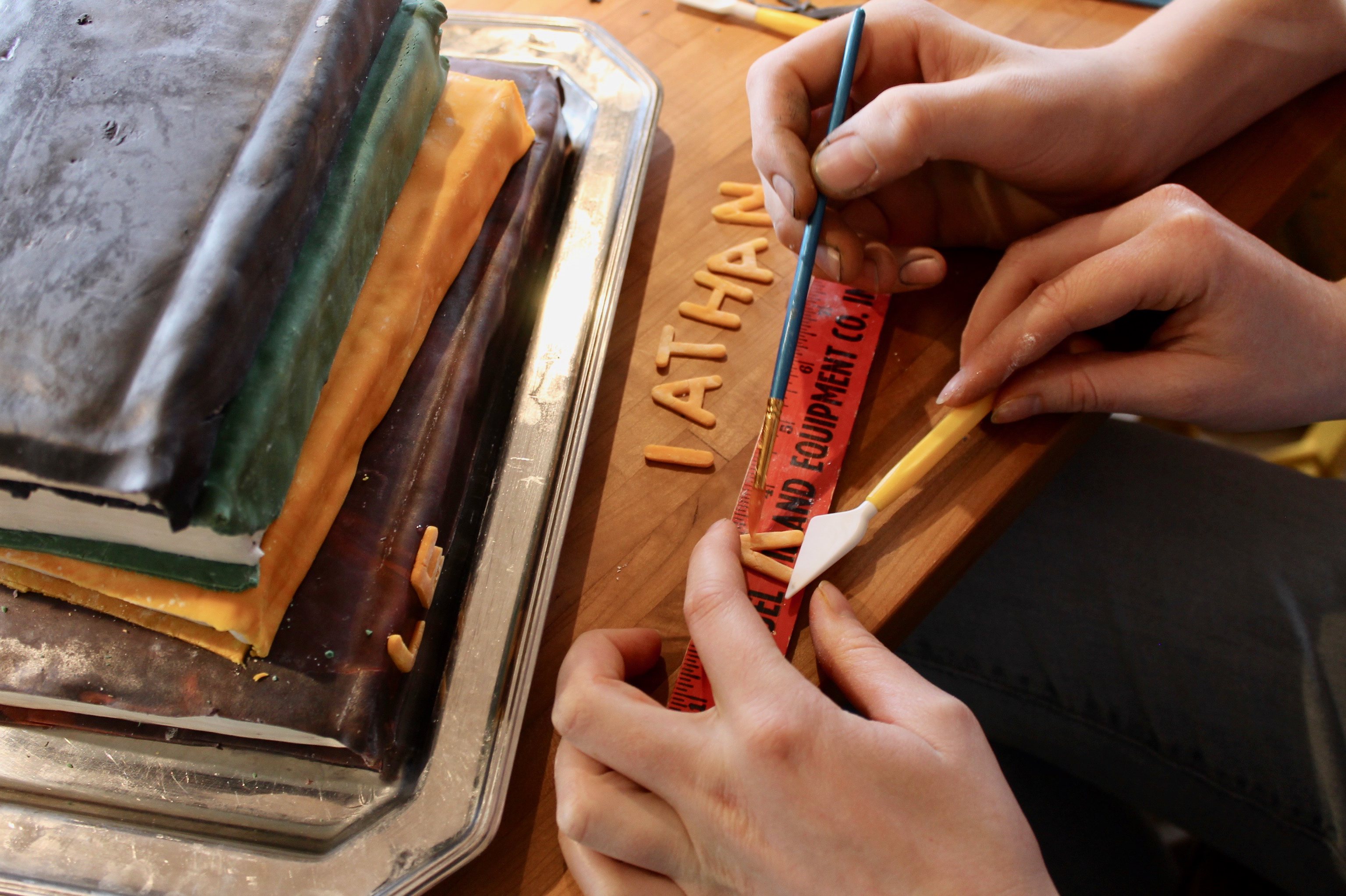 For the cakes, we were loosely — very loosely — following Yolanda’s design. However, my son wanted the fondant super thin, and, since he chose a more tender cake recipe rather than the sturdier one, the books ended up looking rather soft, more like paperbacks. 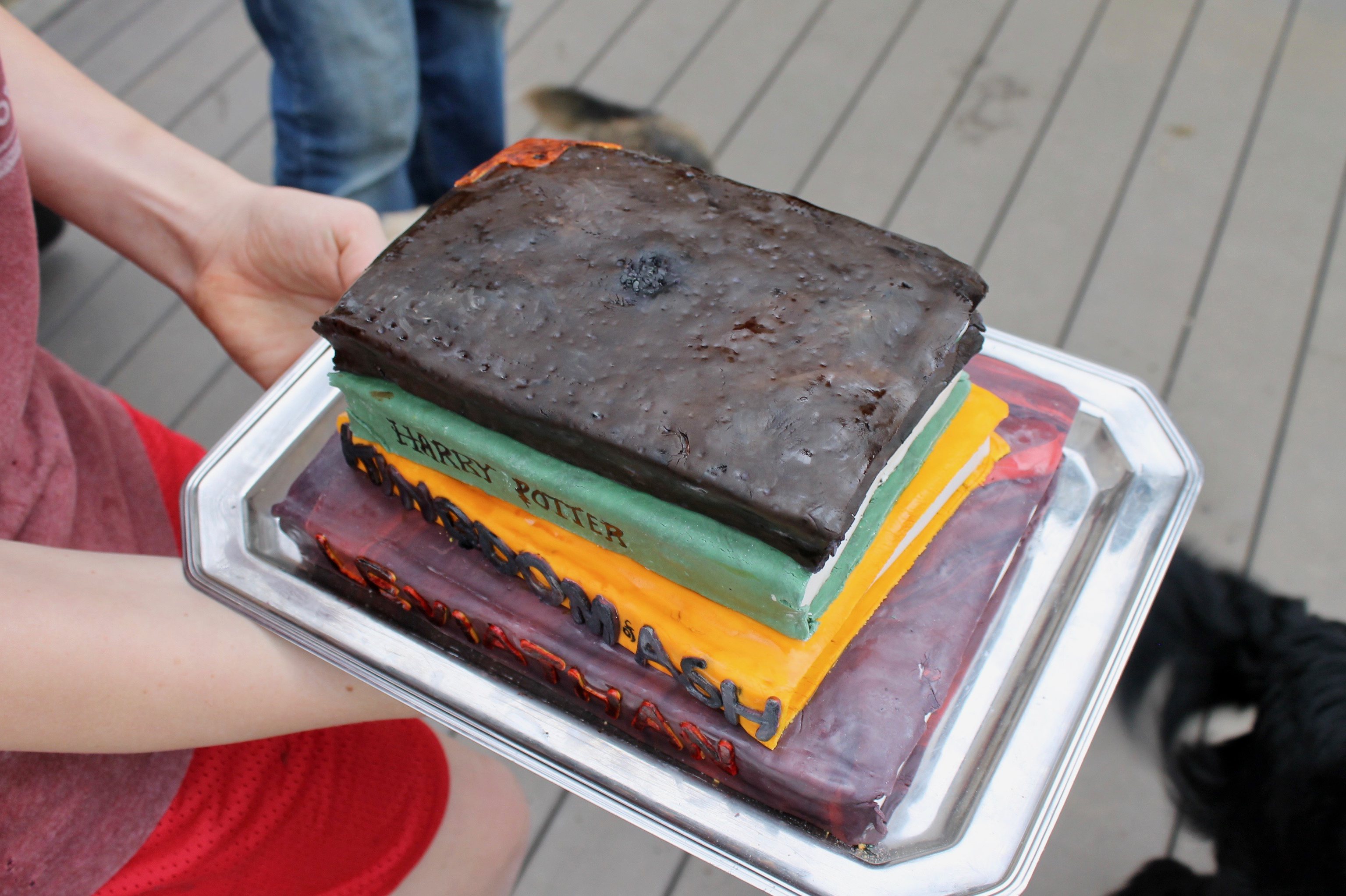 Some of his favorite titles. Can anyone guess the top book? 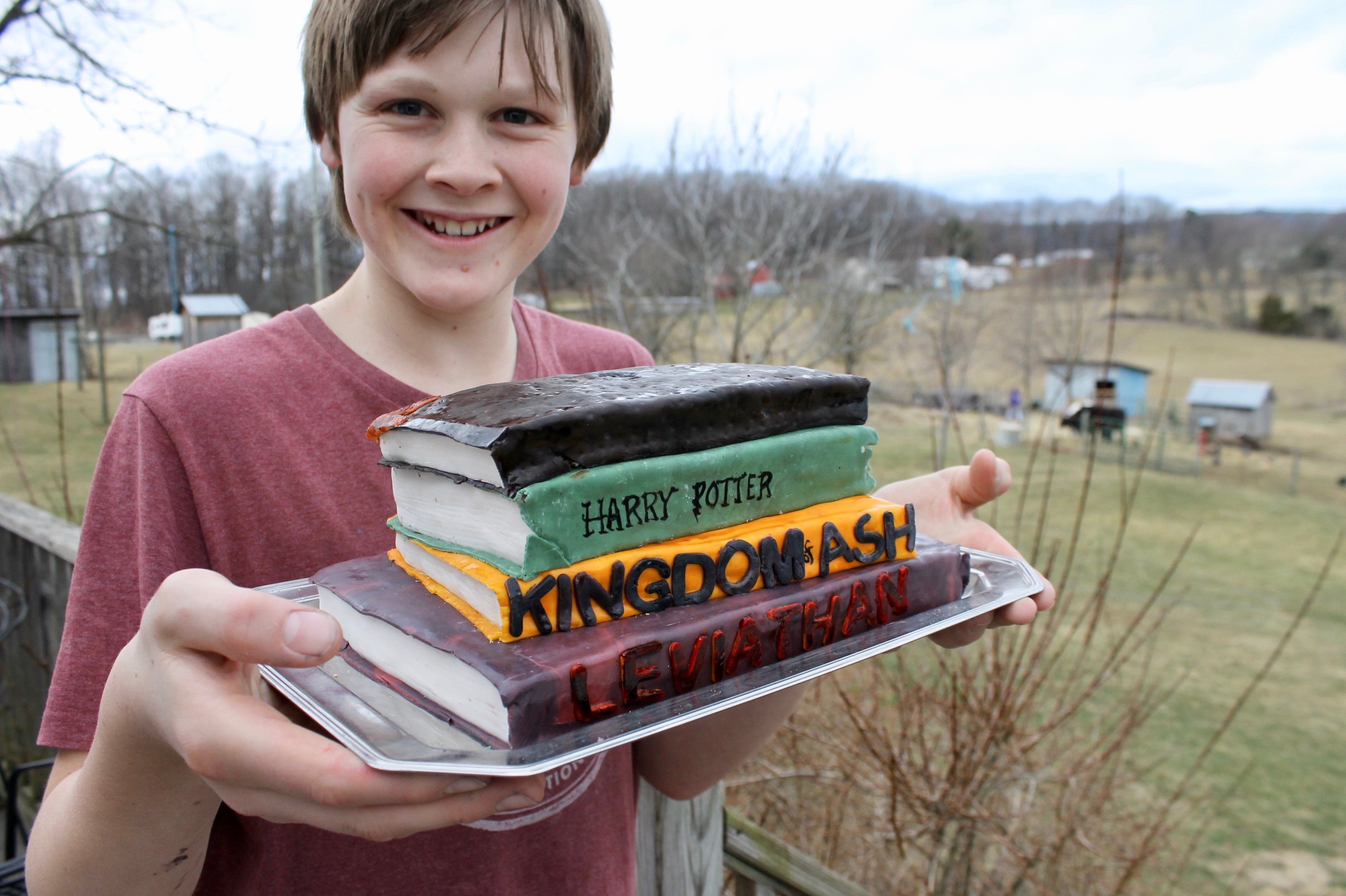 In spite of all my kvetching, they turned out pretty nice. I actually kind of liked the battered, worn look. In our house, that’s what books usually end up looking like anyway. 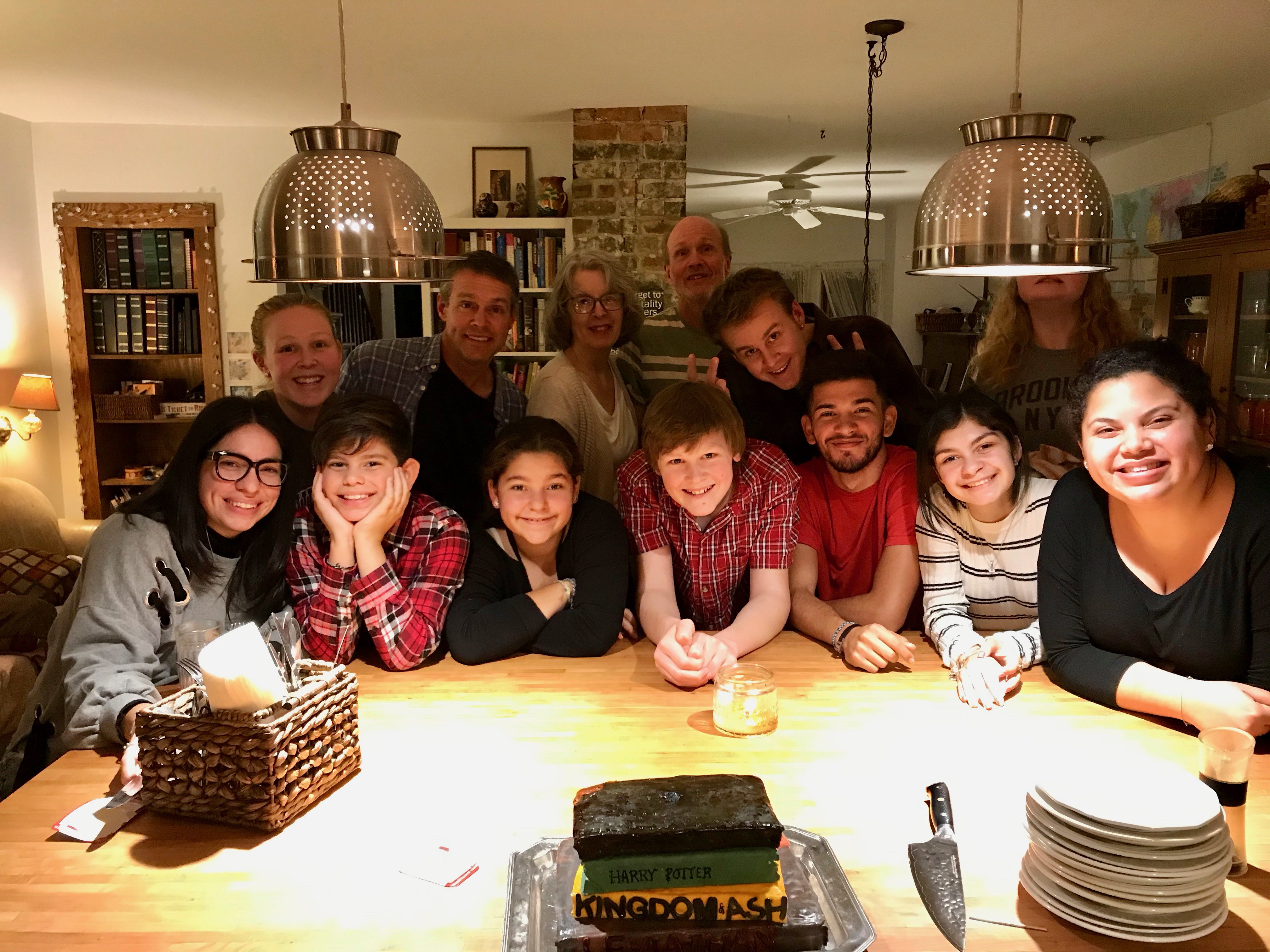