While our younger daughter was in Puerto Rico over the holidays, there were lots of little, and some not-so-little, earthquakes. She told me that some nights everyone slept in the living room together (and just the other night I learned that our friends had lectured her: If our English suddenly stops working and we’re running, FOLLOW US, instructions which made me double over with laughter). None of it seemed to bother my daughter, though, so I didn’t worry. Besides, it wasn’t like I could do anything.

But the night before she was to arrive home, I jolted awake, adrenaline pumping. My first thought was that there’d been a big quake and she was hurt. I lay there, panicking, wondering if I should wake my husband so he could check his phone. I didn’t, though, and eventually the panic subsided and sleep overtook. (I later learned she had felt an earthquake that night, but it’d been several hours earlier and, again, she hadn’t been much fazed.) So maybe I was a little worried after all?

It wasn’t until a few days after she’d returned home that they got hit by the first serious quake, the next day followed by The Big One. That morning when I came downstairs, my husband filled me in on the news (he’d taken the early-morning calls and texts): Six-point-something, tsunami warning, evacuation, island-wide power outages—

Abruptly I started crying, and my husband, confused, stopped his bad-news litany. “Well, I didn’t expect that reaction,” he said, and I half-wailed, half-shouted, “This upsets me!”

But truth is, my response startled me, too. I’m usually pretty even-keel and pragmatic and the facts were: our friends were fine, the tsunami warning was canceled, the devastation wasn’t nearly as bad as it could’ve been, or as it was in Hurricane Maria. But when friends are terrified, facts have less power to calm. The fact fact is, the island has been through so much, and now this.

For the last few weeks, the island’s collective stress — both physically and emotionally — had been building, taking a huge toll everyone, and now, even though scientists say that this was The Big One and everything should settle down, there are still dozens of tremors, making it hard to sleep and keeping them in a constant, elevated state of anxiety. They send us pictures of their mattresses all lined up outside, and emails filling us in on the details of a life displaced. 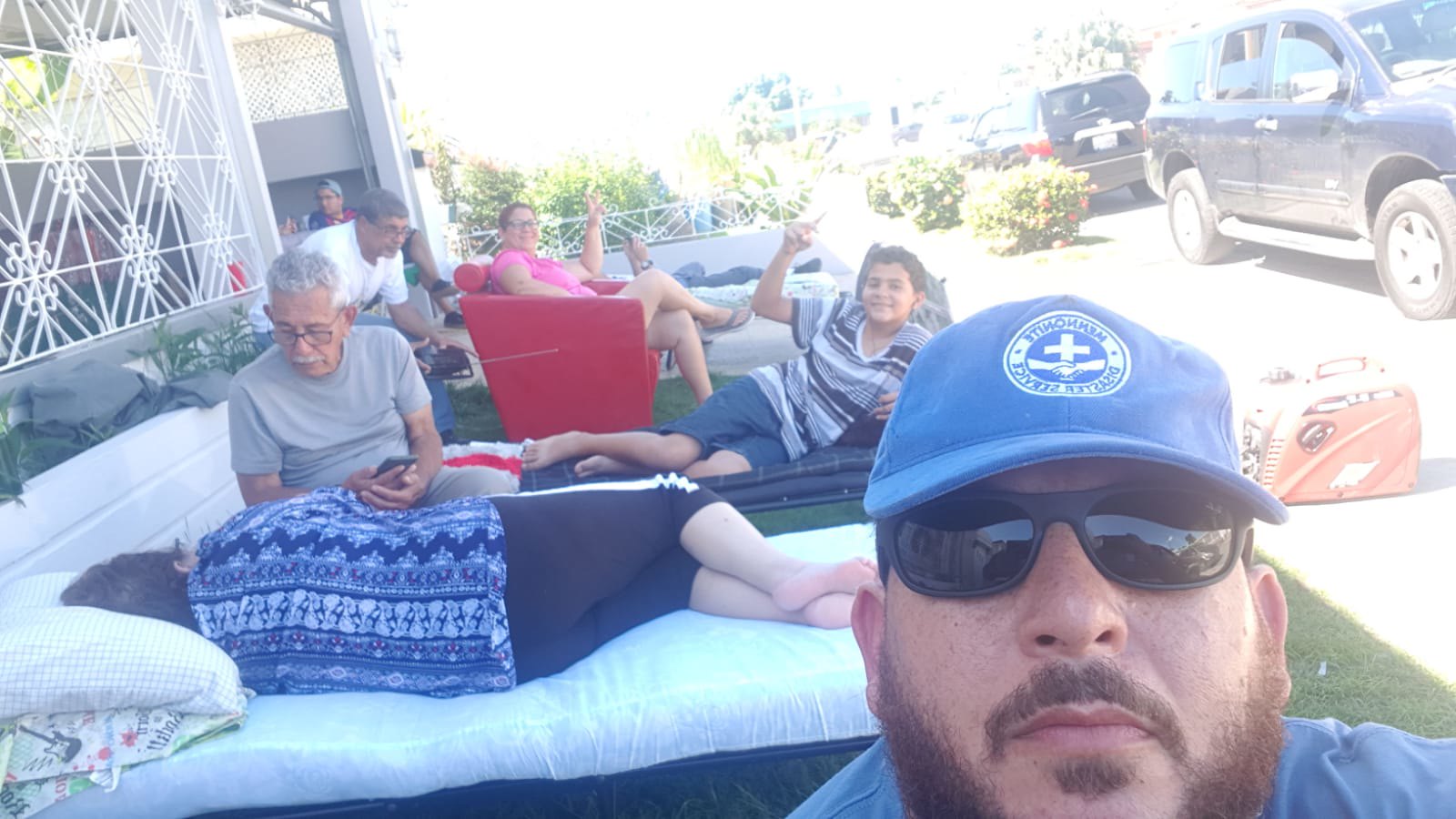 But as they gradually catch up on sleep (or at least get some), their energy, and their sense of humor, returns. One morning’s email was titled “Refugees Day 2,” and Chiro posted a video of his makeshift earthquake meter: a gallon jar of water atop a concrete pillar, eerily sloshing away.

A couple nights ago, I marinated thin slices of cube steak in Chiro’s pincho sauce. We had rice and refried beans, avocado and lime. Our local Puerto Rican friends braved the snowy roads (safe to us; deadly scary to them) to come eat with us and drink hot chocolate and tell us more details of the news from home.

This next week, MDS sends down a couple people to assess the damage and plan a response.

And so it goes.