When I asked my daughter what she wanted for her 18th birthday cake, she said, “Surprise me,” but I had no idea what to make until I came across these Game of Thrones dragon egg cakes. My daughter is a huge fan of the show, and they looked simple enough: just three eggs. How hard could it be?

And then I read up on the process — hollow chocolate eggs filled with buttercream, hundreds of handcut fondant scales, multiple cakes — and began to have second thoughts. But then my older son (also a GOT fan) got wind of the idea and was like, This is the cake, Mom. The cake. DO IT.

So I squared my shoulders and set to.

For two weeks, I chipped away at that cake, running to the store for piping gel and chocolate candy melts and glycerine, and ordering brushes and ivory dust and petal cutters from Amazon. I scoured the Internets for egg-shaped pans. Except for some outrageously expensive ones on ebay, there were none — NONE — but then at the last minute I posted an ISO on our church website and one of my friends actually had a set and said she’d give them to me, WHAT ARE THE ODDS.

Hollow chocolate eggs were also impossible to source, so I finally just ordered molds and made my own. Which turned out to be ridiculously easy and now I can make professional-looking chocolate-coated peanut butter eggs whenever I want.

I needed three batches of chocolate cake (each batch made one whole egg), so I made four just to be safe. 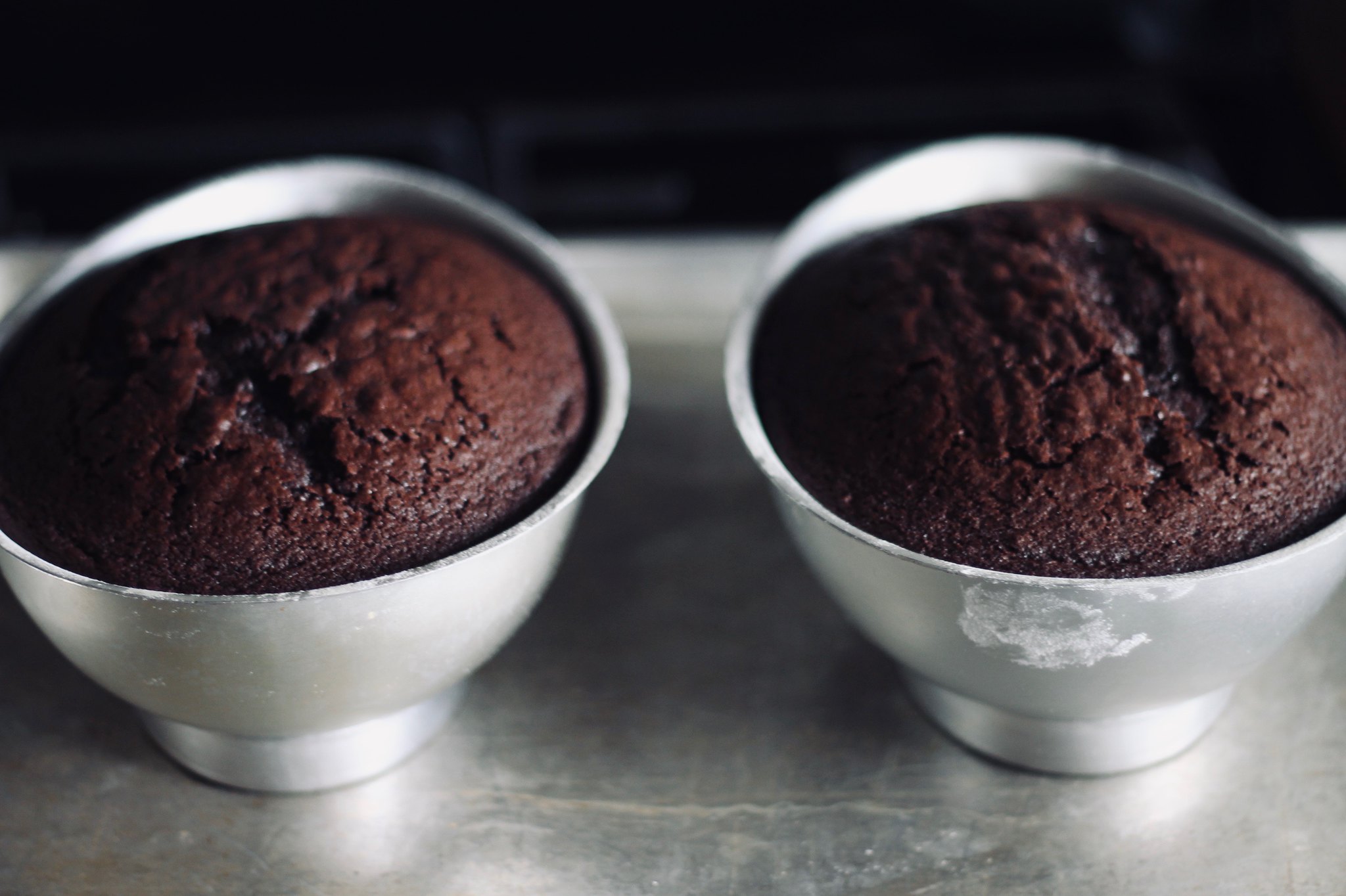 I made fondant in three different colors and spent hours painstakingly cutting out each of the scales with the petal cutter (and now have the blister on my thumb to show for it). 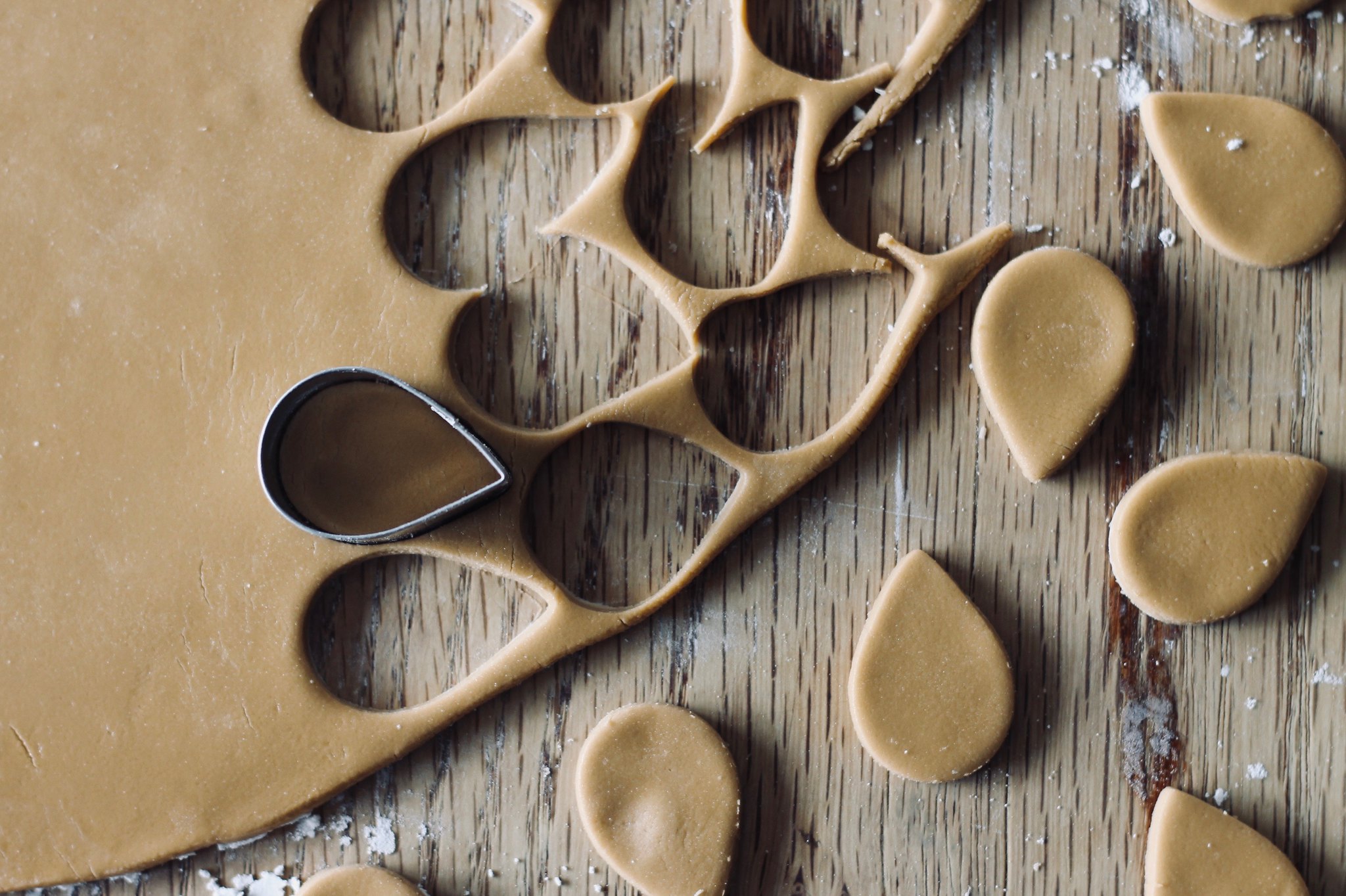 The deeper in I got, the more obvious it became that I was in over my head. This was, by far, the most complicated cake I’d ever made.

Saturday, the day before the celebration, I worked all day, from ten in the morning until 8:30 that night. 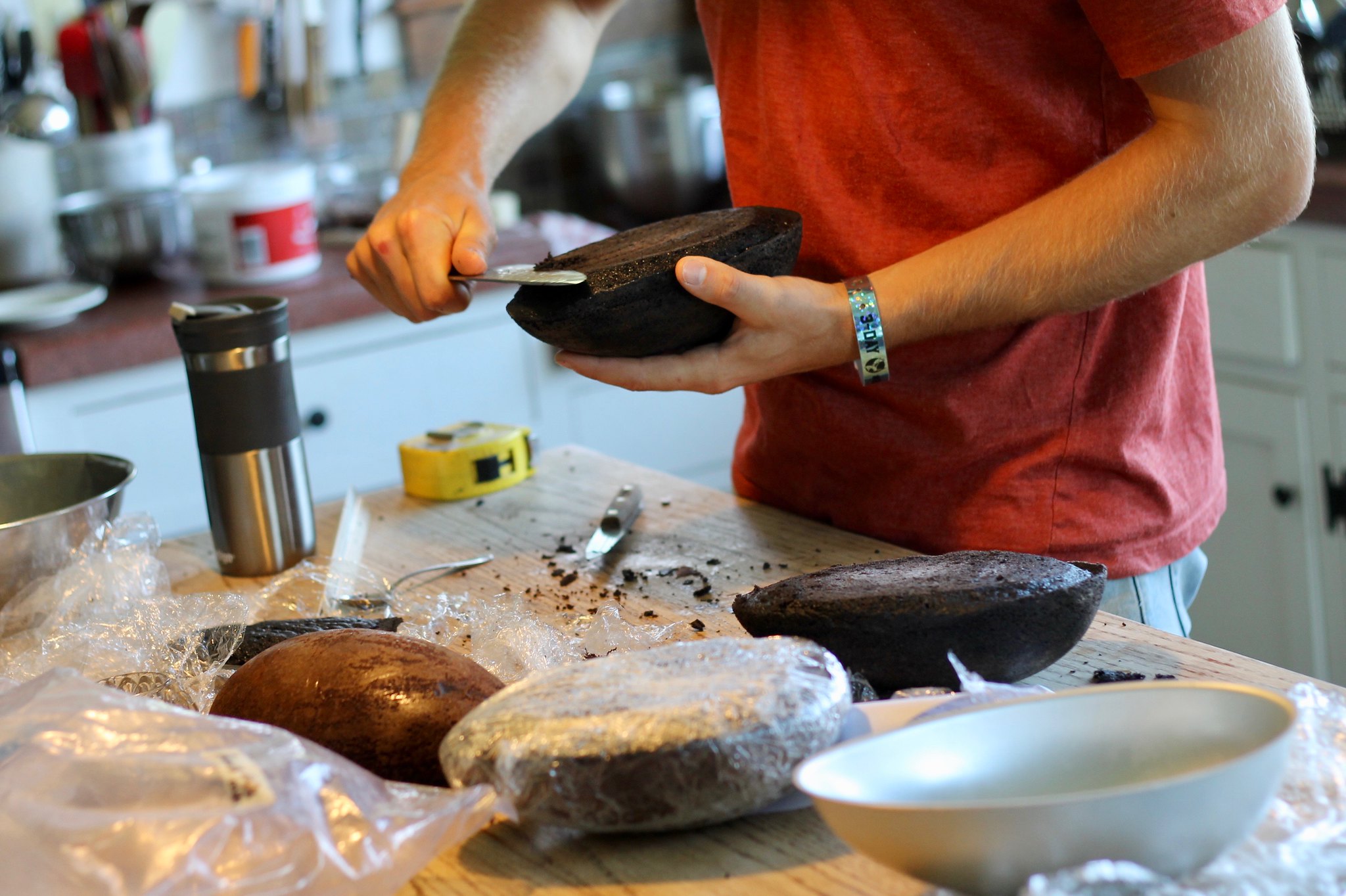 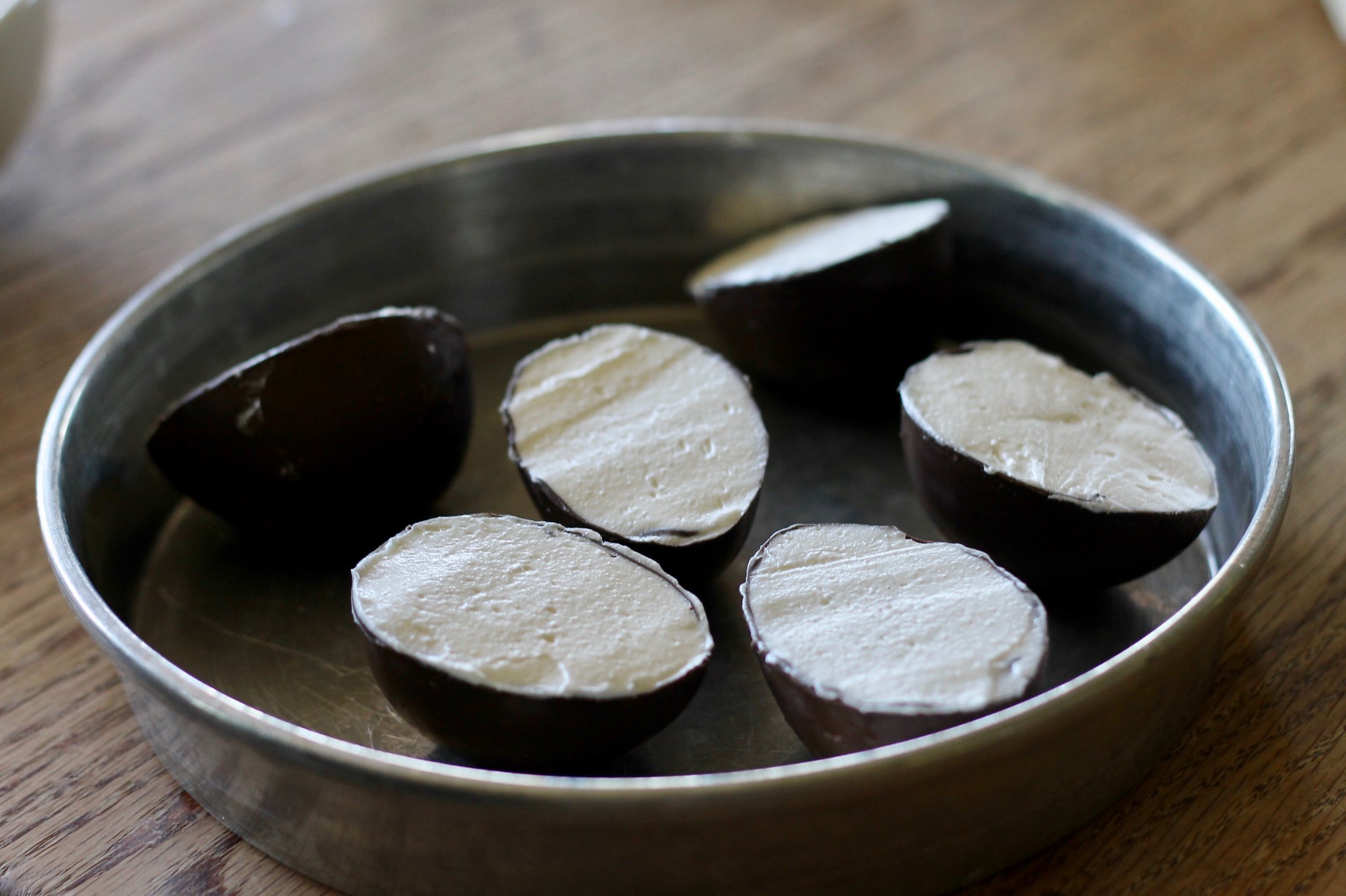 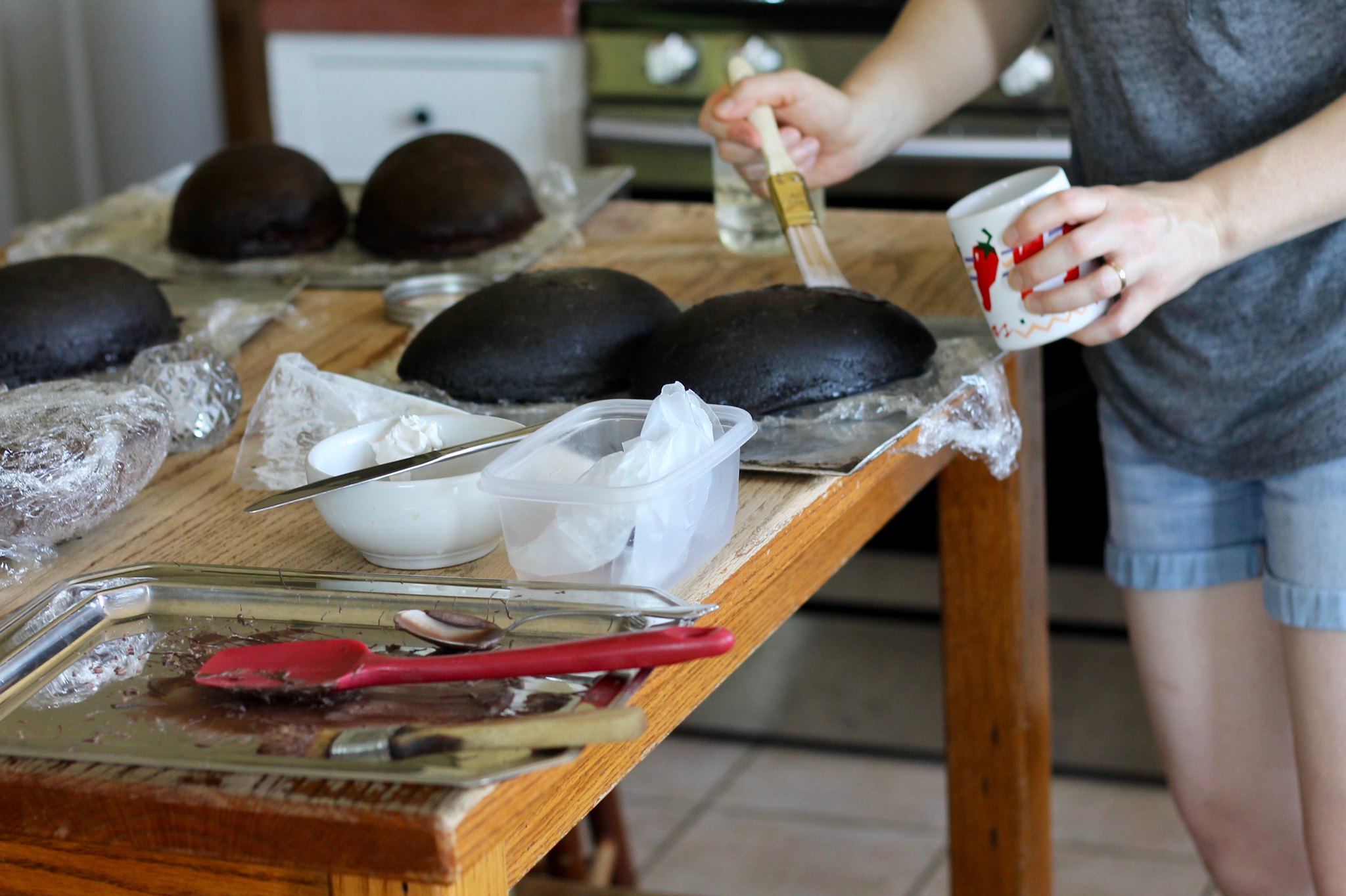 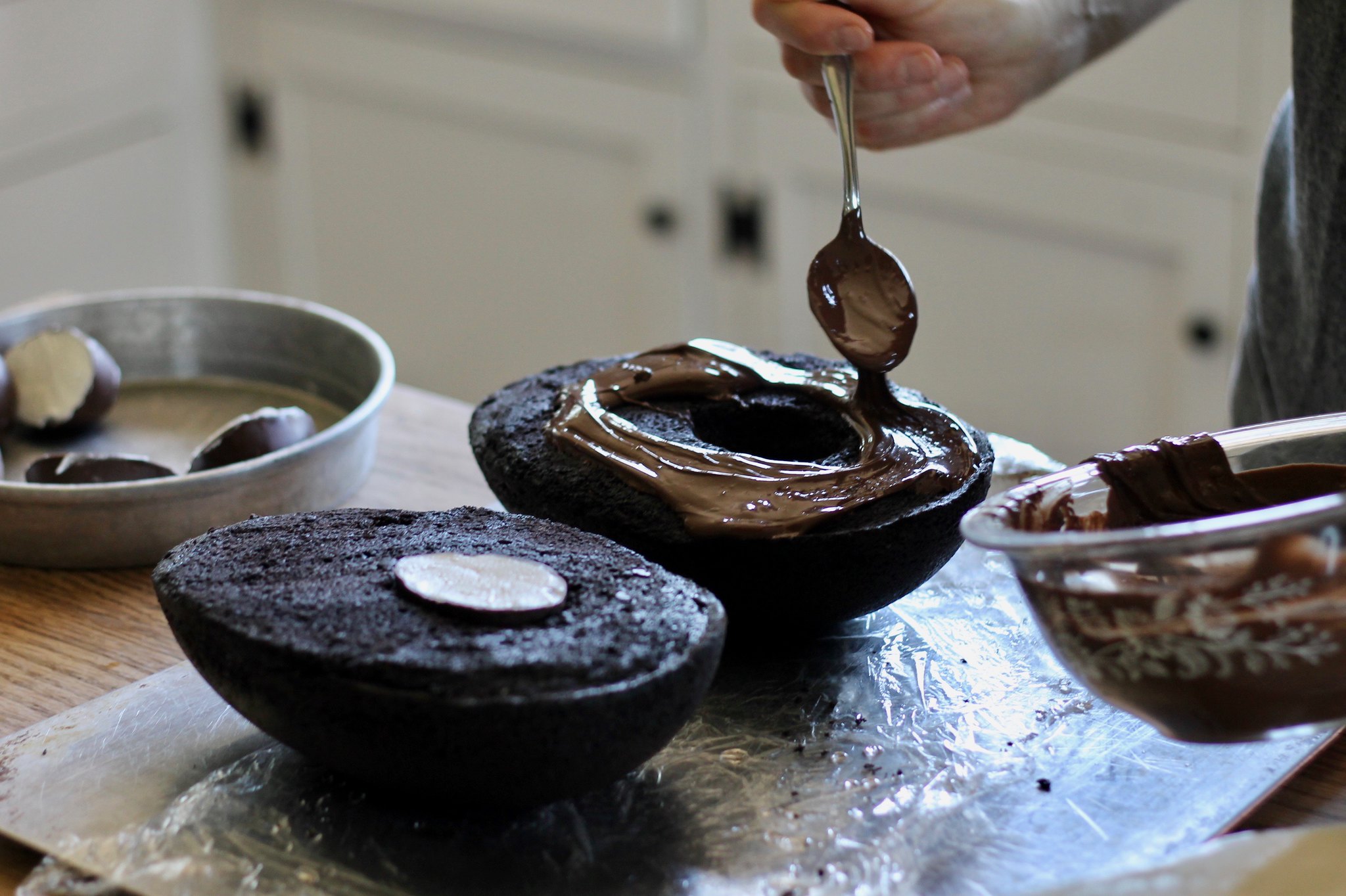 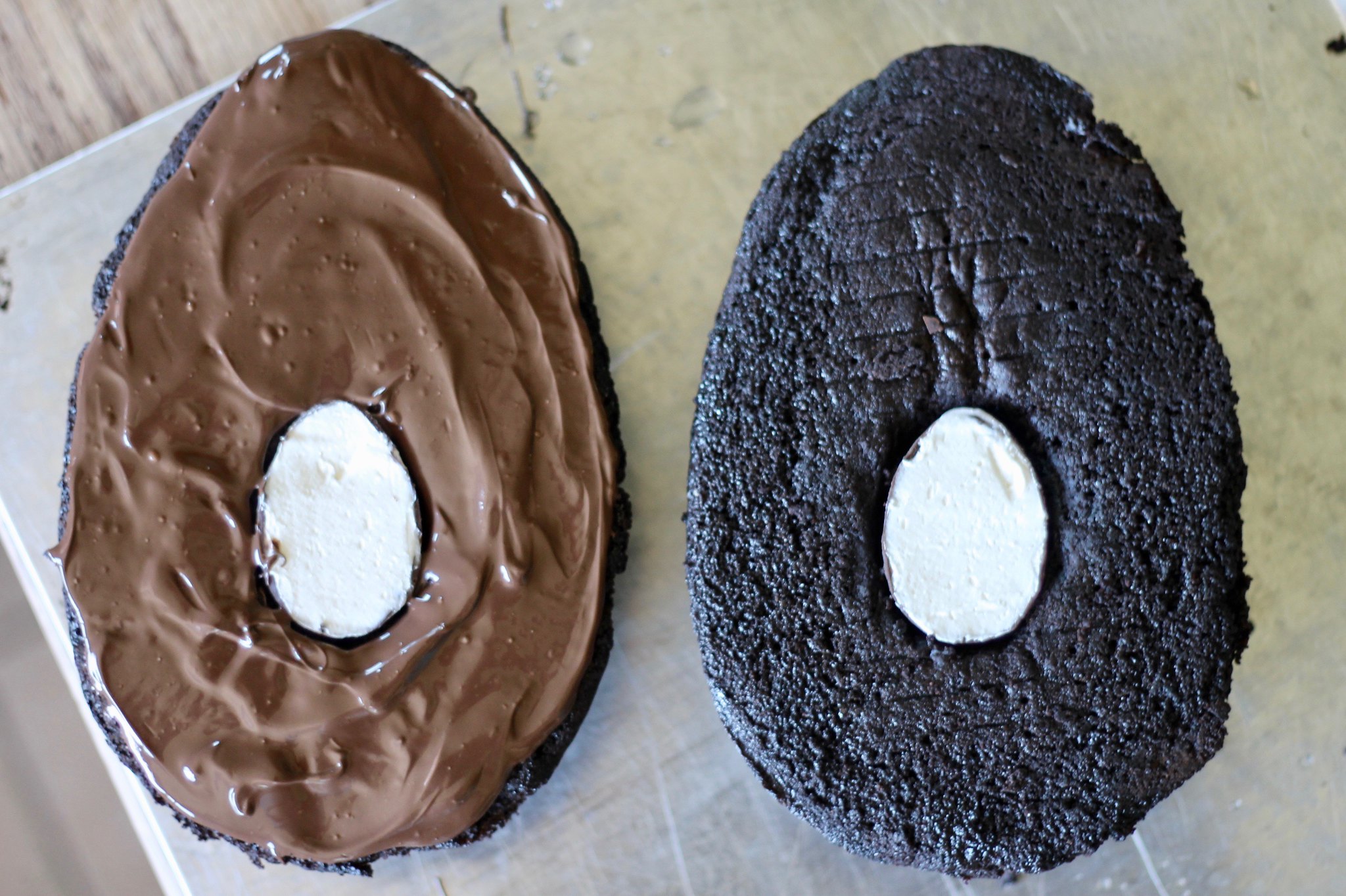 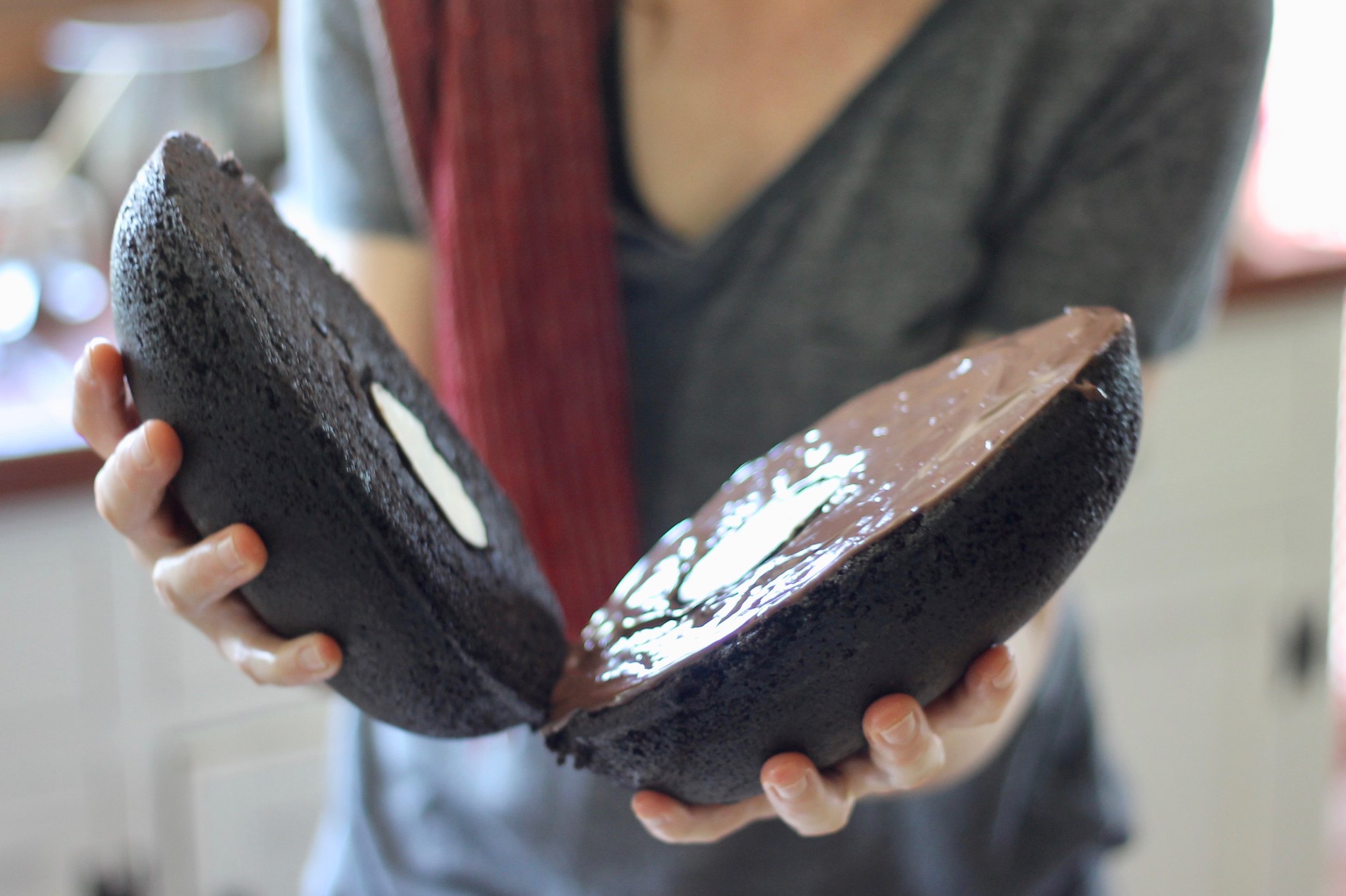 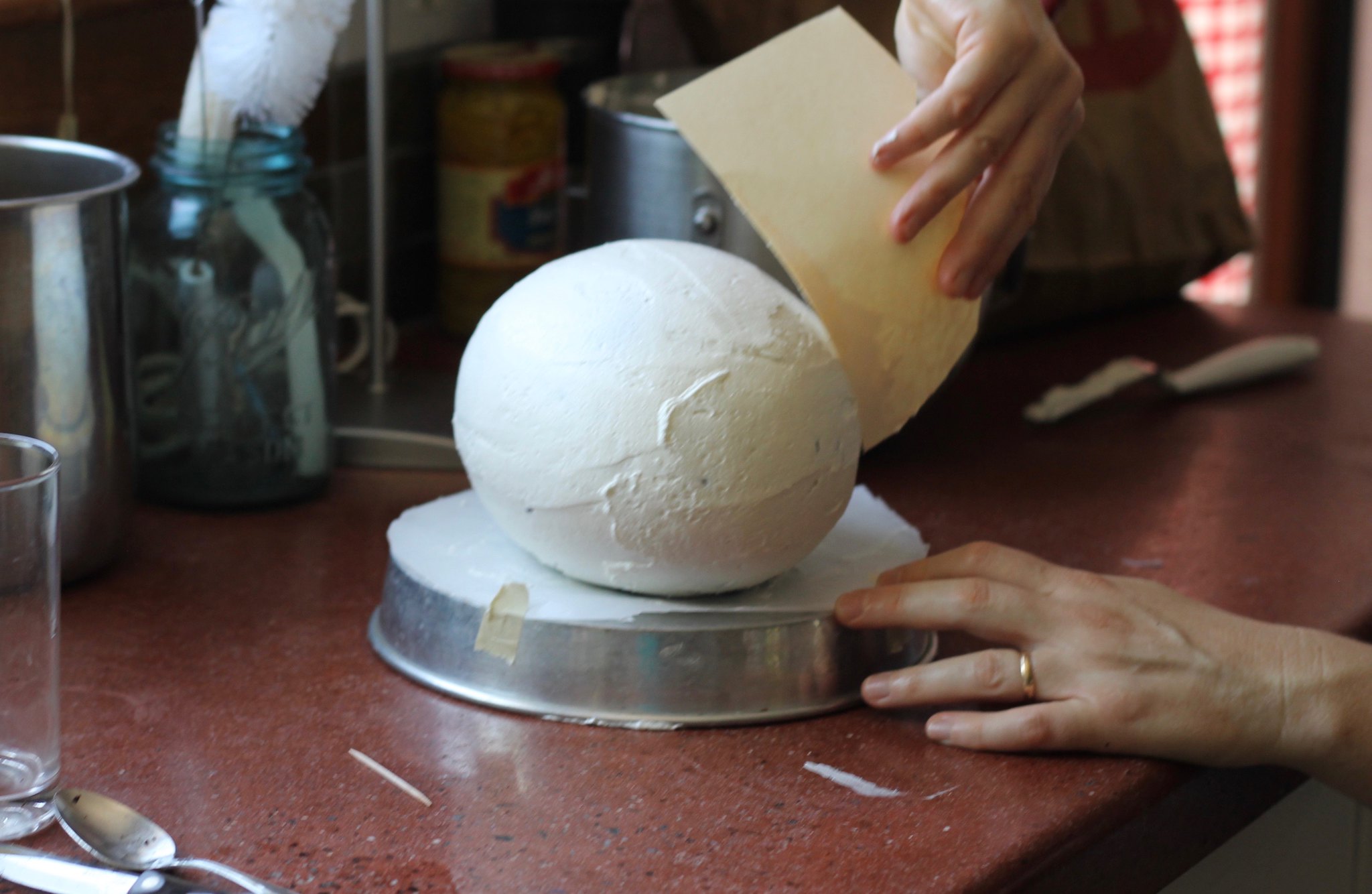 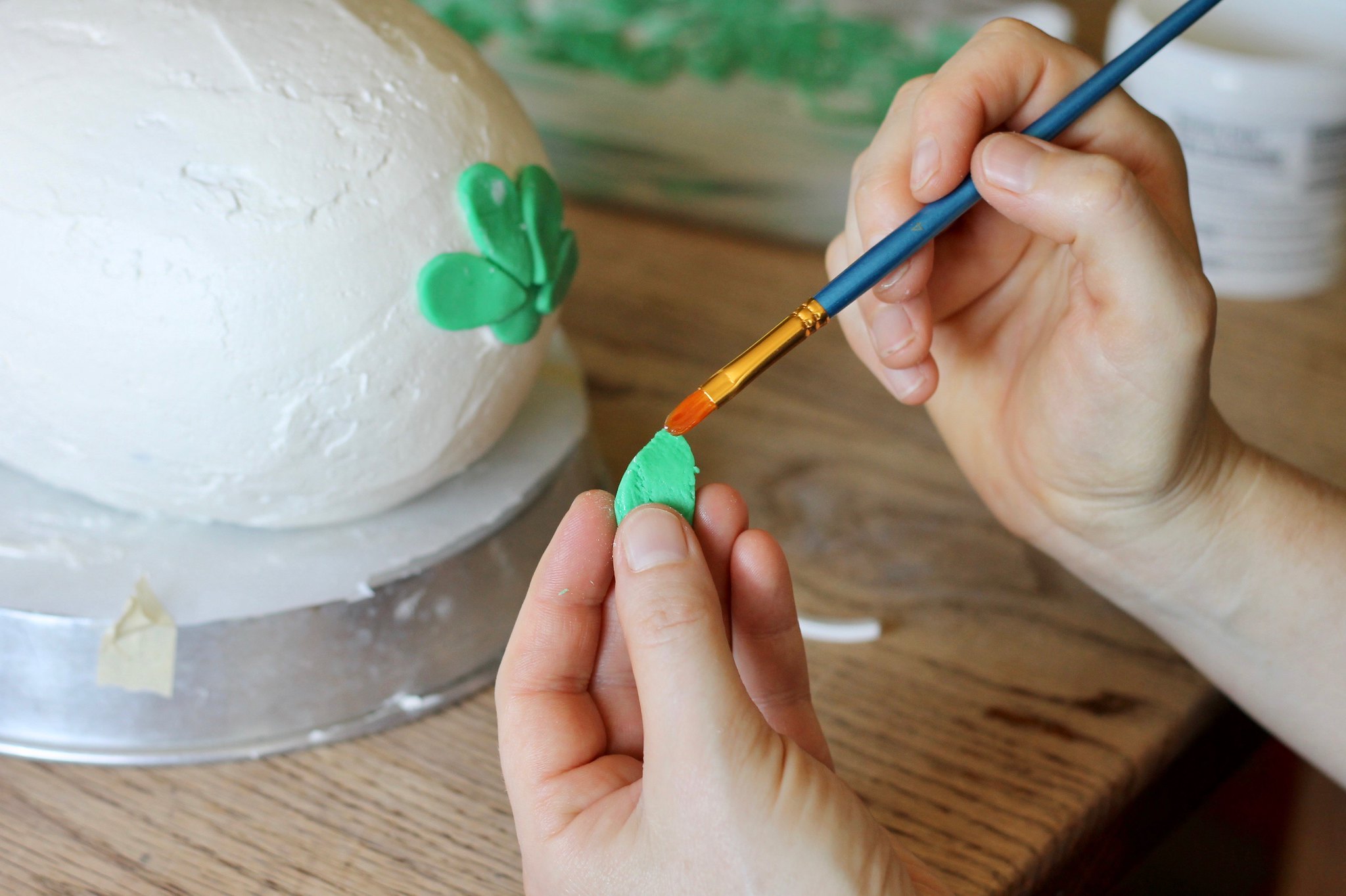 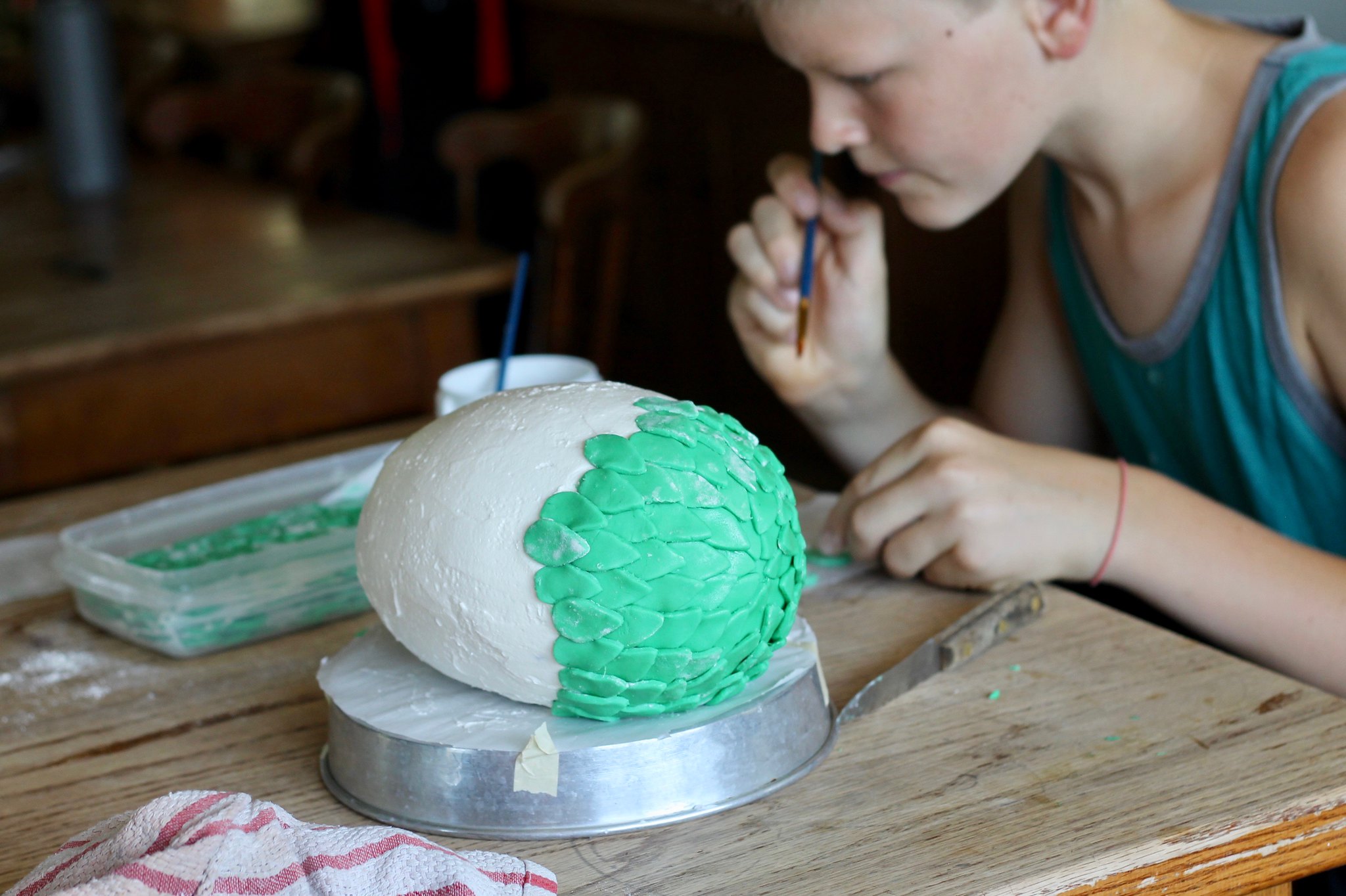 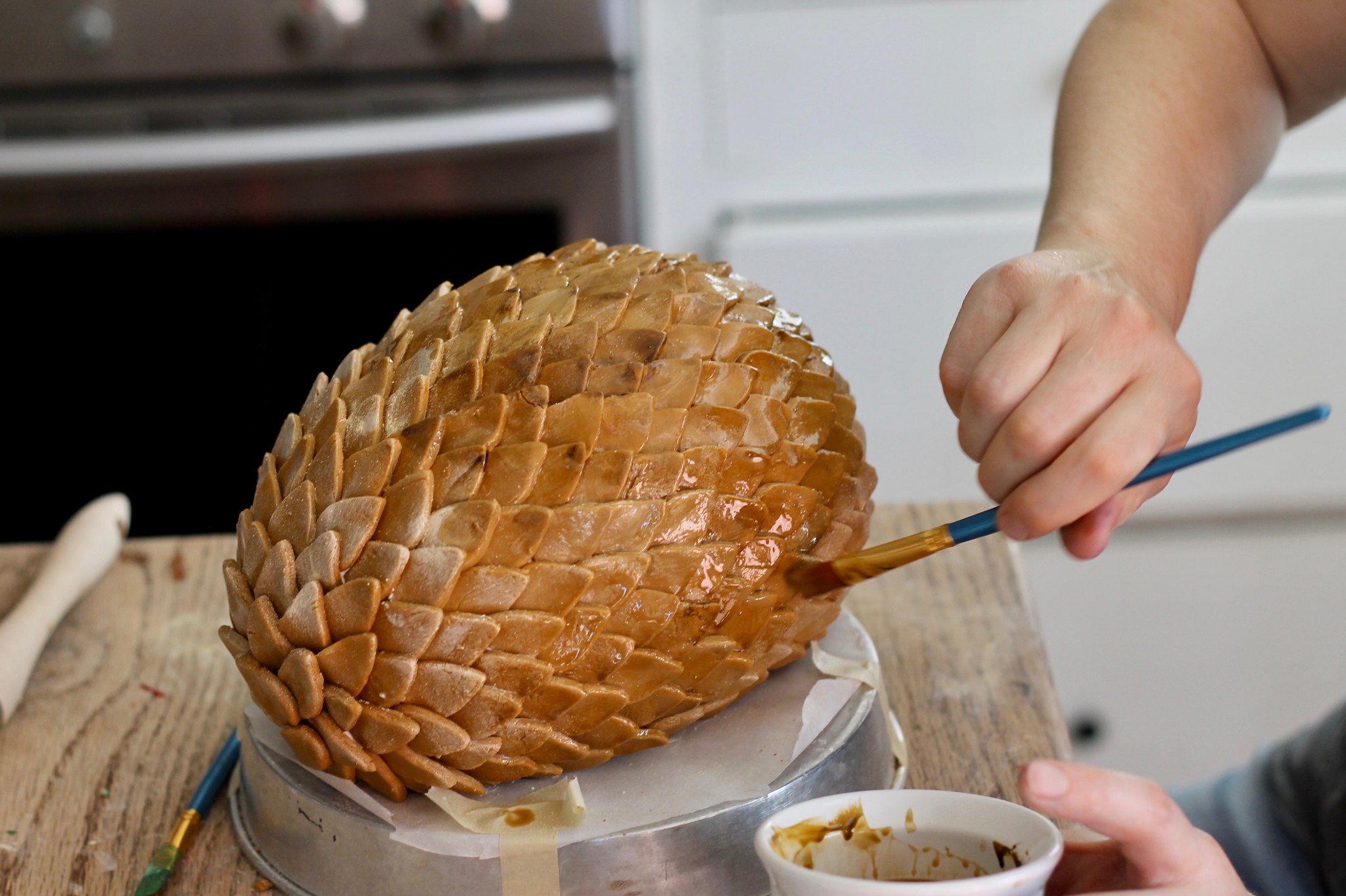 “If you don’t like this cake,” I told my daughter, who had no idea what I was making, “I will disown you.”

Now, about the display box. A few days before, I’d politely asked my husband if he’d please come up with something in which we could present the eggs. He dug in his heels, claiming he had no idea what to do. I pushed back: Figure it out. And then Saturday morning, he traipsed out to the barn to work on his own projects, and I blew up. This was birthday time, dammit. HELP ME.

My older son played intermediary — feeding my husband ideas for the display box and commiserating with me over the impossibility of being married to that man — and eventually my husband started whacking something-or-other together out in the barn.

One thing let to another and before I knew it he’d built her an actual present. 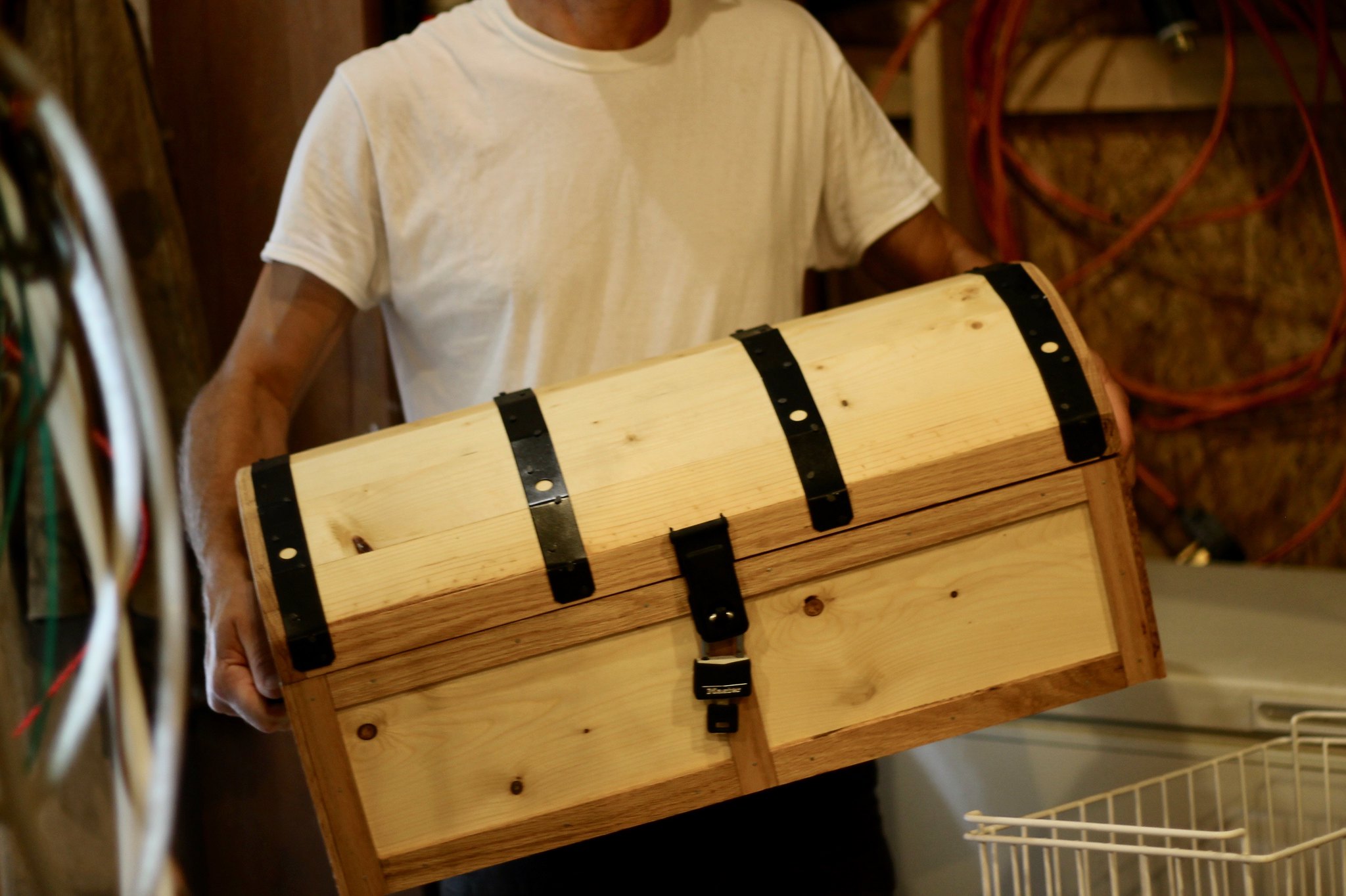 For two days, none of the children were allowed to look in the fridge (even though the other three had all helped at different stages, I wanted the final product to be a surprise for them, too), and then Sunday evening, after the birthday supper and presents, we banished the kids to the upstairs while my husband brought in the trunk from the barn where he’d been chilling it in an empty freezer. To help keep the cakes cool, he explained.

He placed three loaf pans upside down in the trunk and covered them with black cloth, and my older son — who argued that he should be allowed to help because he knew more about Game of Thrones than we did and could give us valuable staging advice — nestled his Bose speaker under the fabric. I positioned the eggs, and we closed the lid and locked the trunk.

For the big reveal, everyone gathered on the porch. First my husband presented her with the key to which he’d attached a strip of leather, then, Close your eyes! and he dashed back inside for the trunk. As he came out the door, my son hit play on his phone. As soon as the muffled strains of the Game of Thrones theme song reached my daughter, her eyes flew wide. 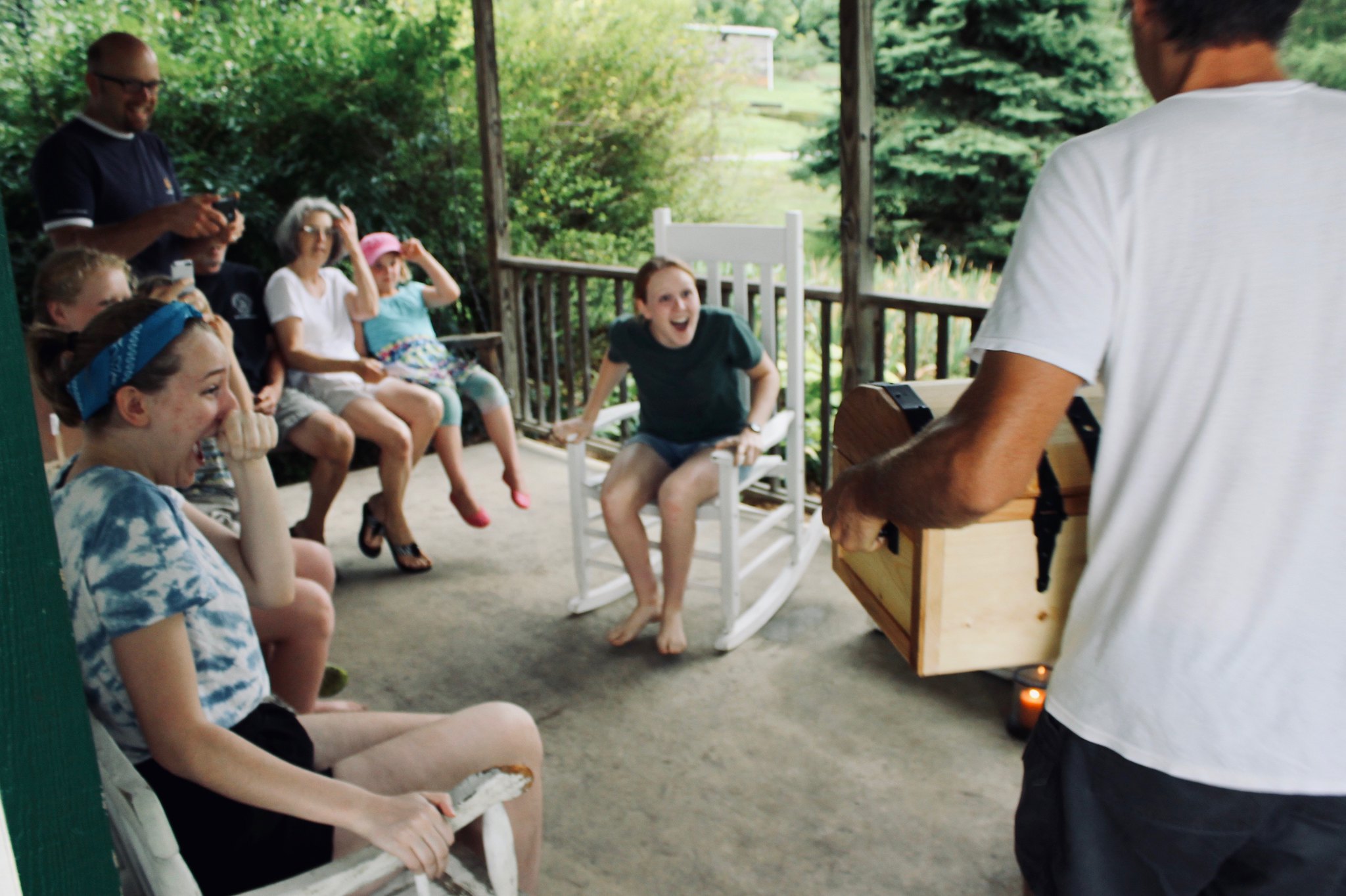 My son presented her a Game of Thrones knife… 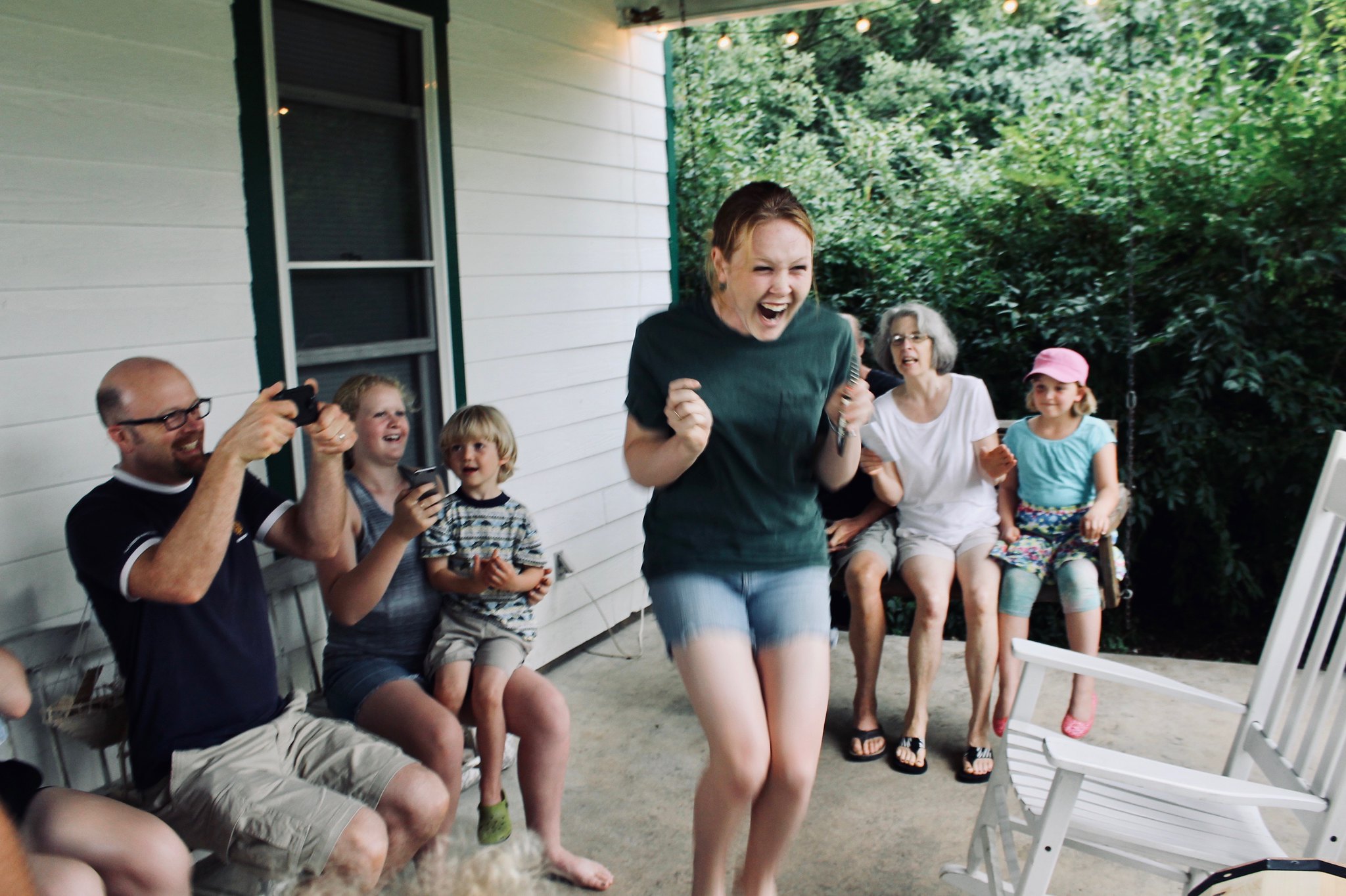 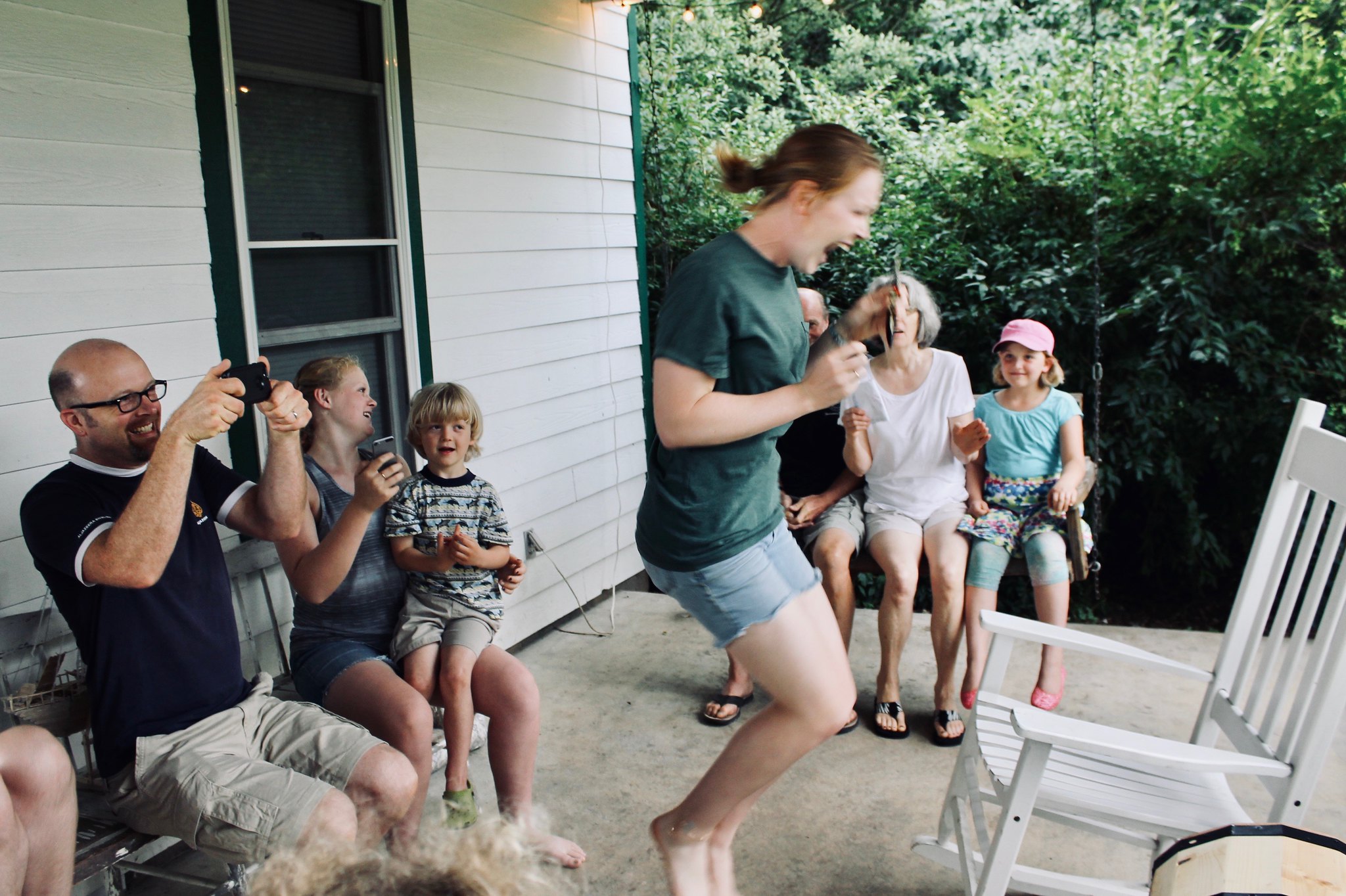 And then she knelt to open the box. 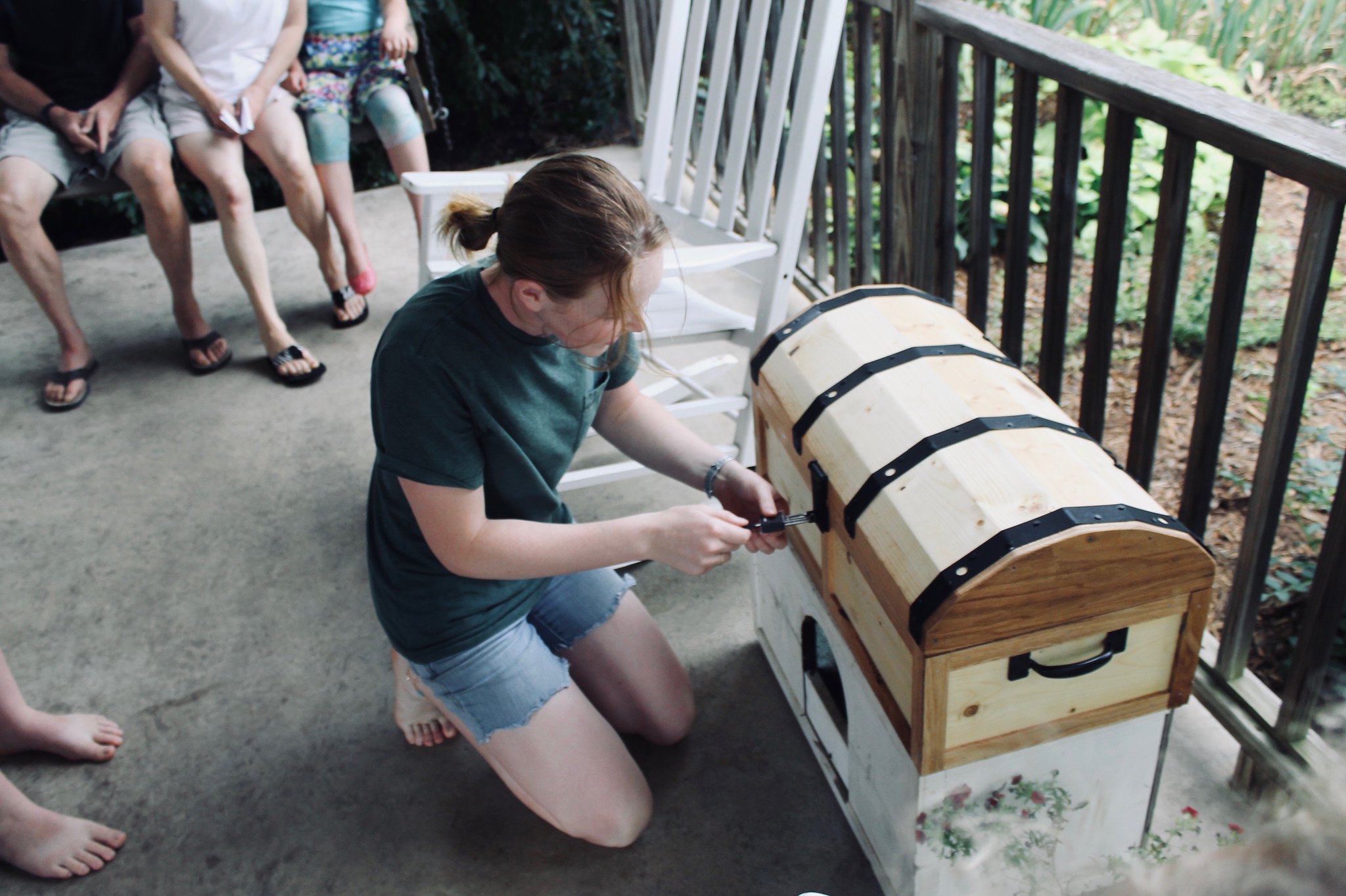 She cracked the lid, the music swelled, and there they were: three shining dragon eggs. 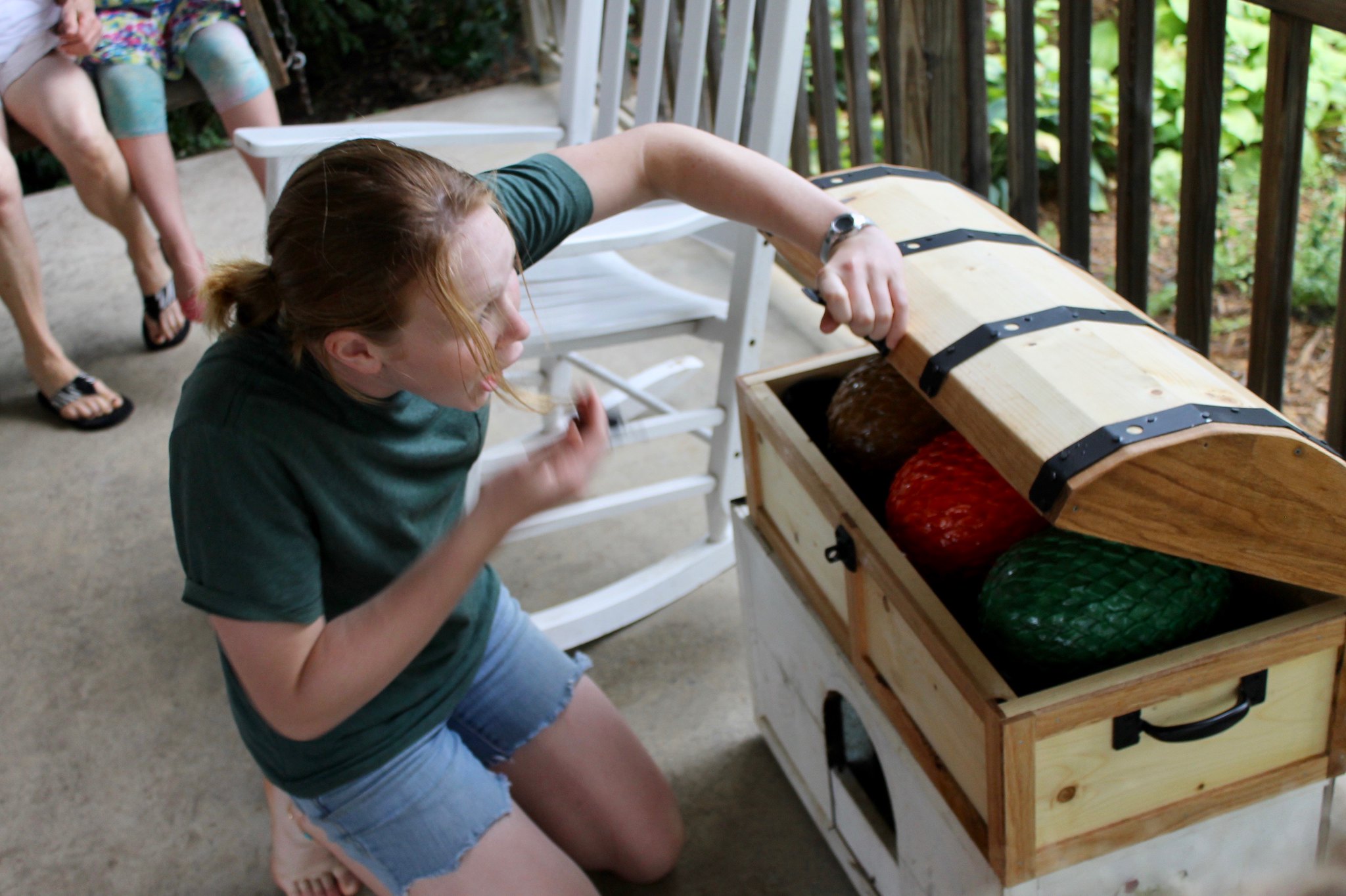 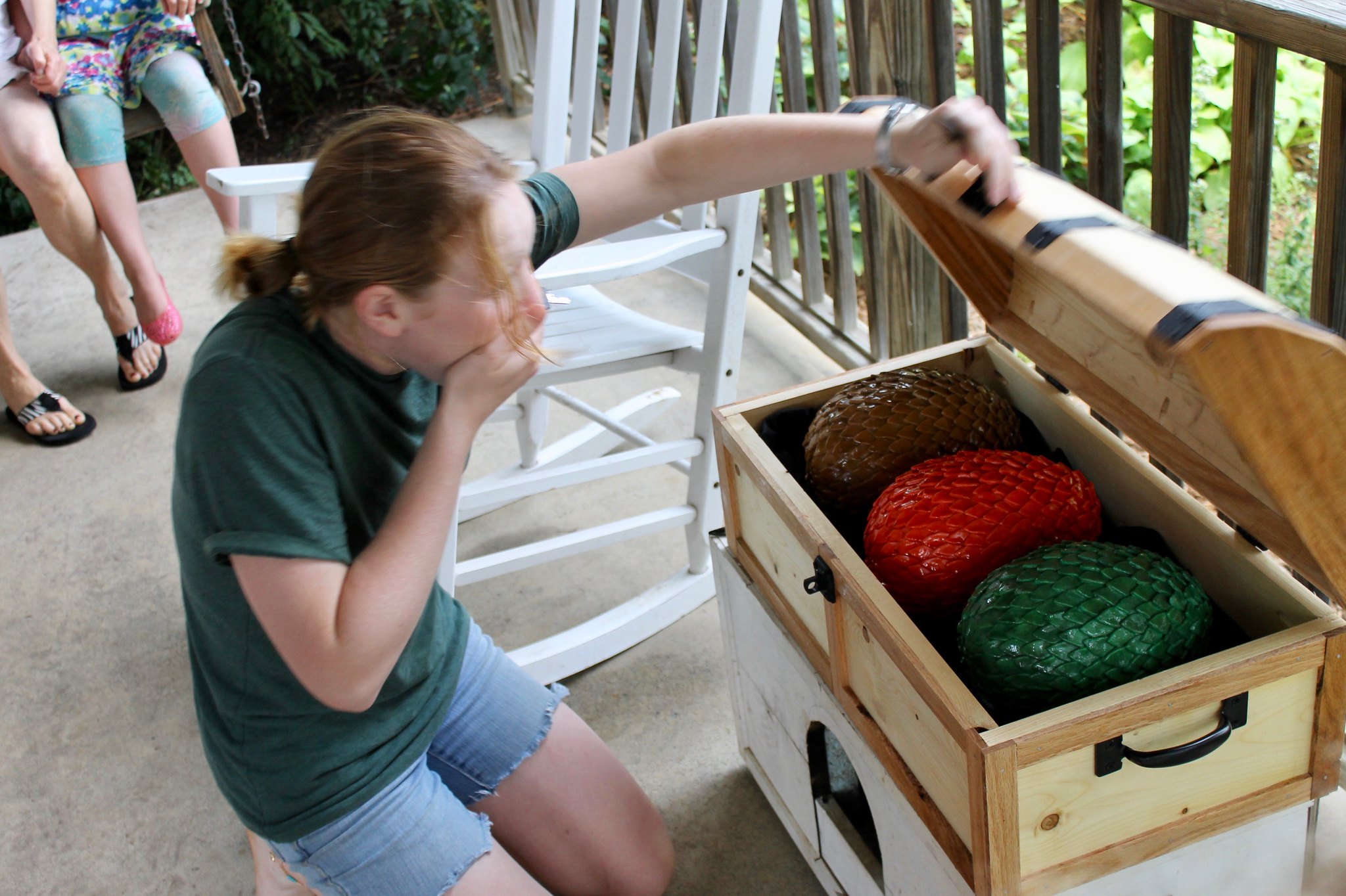 It was every bit as spectacular as I’d hoped, and then some. 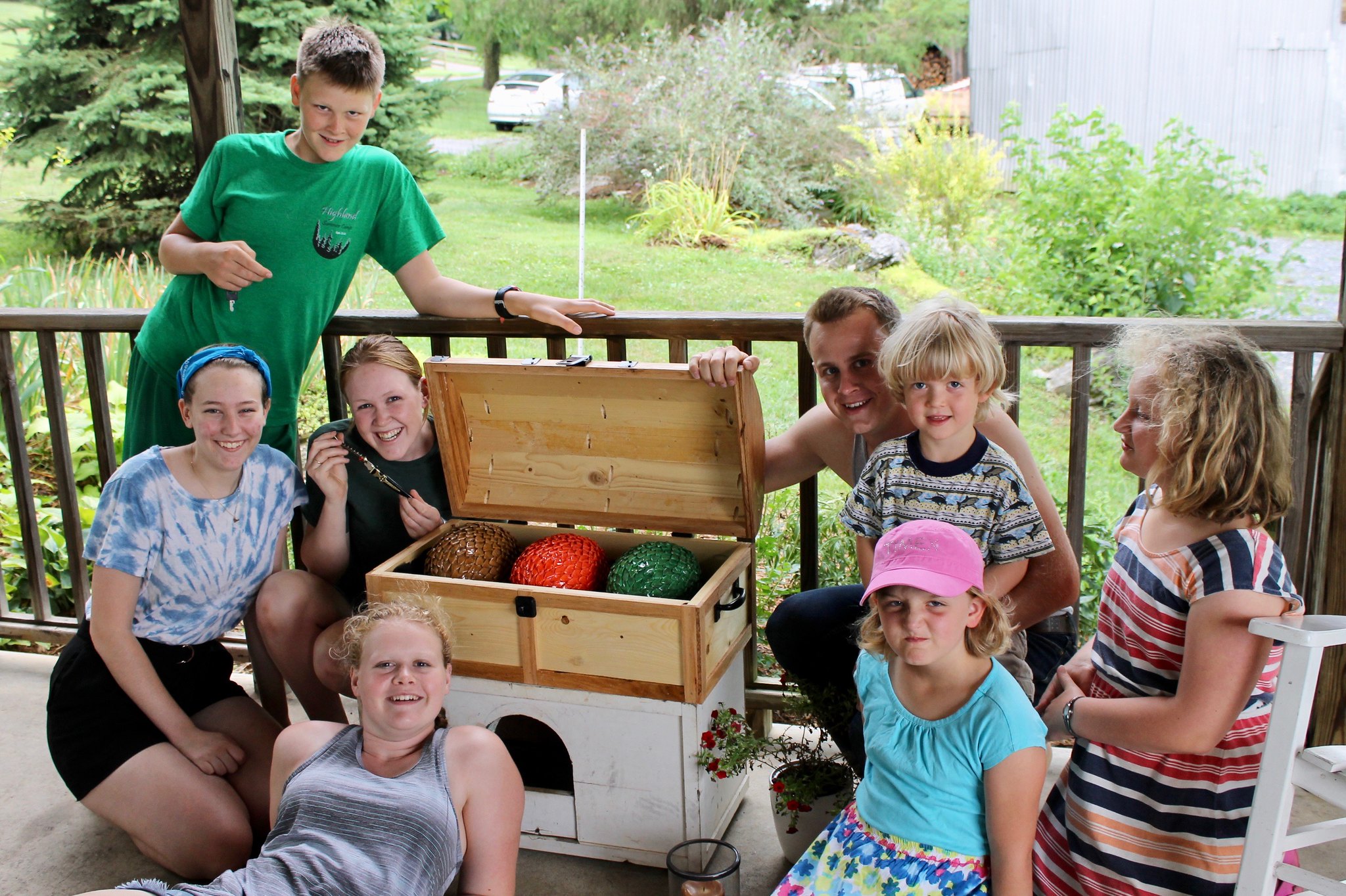 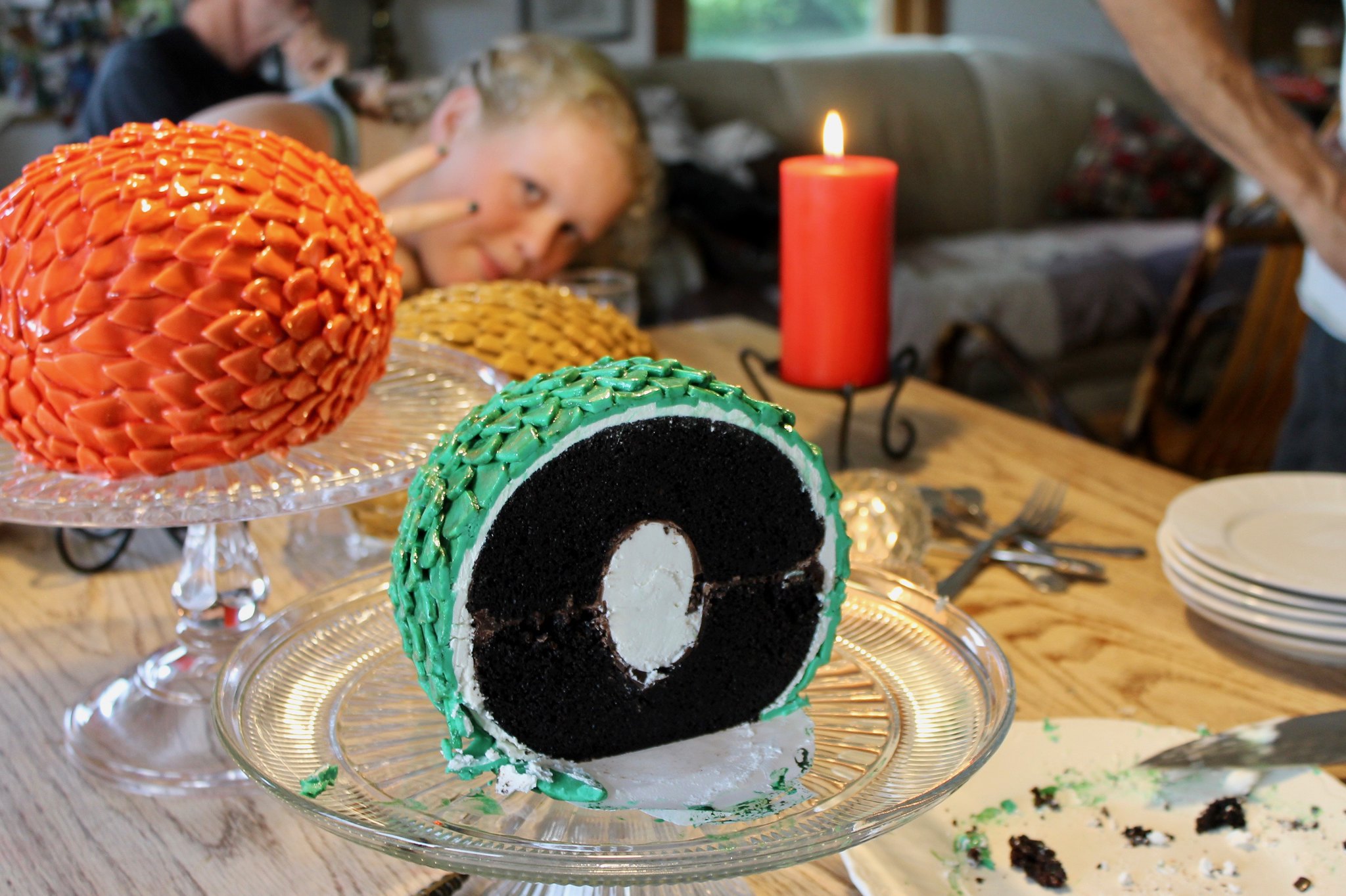