Cousin week started off rainy, so we hit up the library first thing. 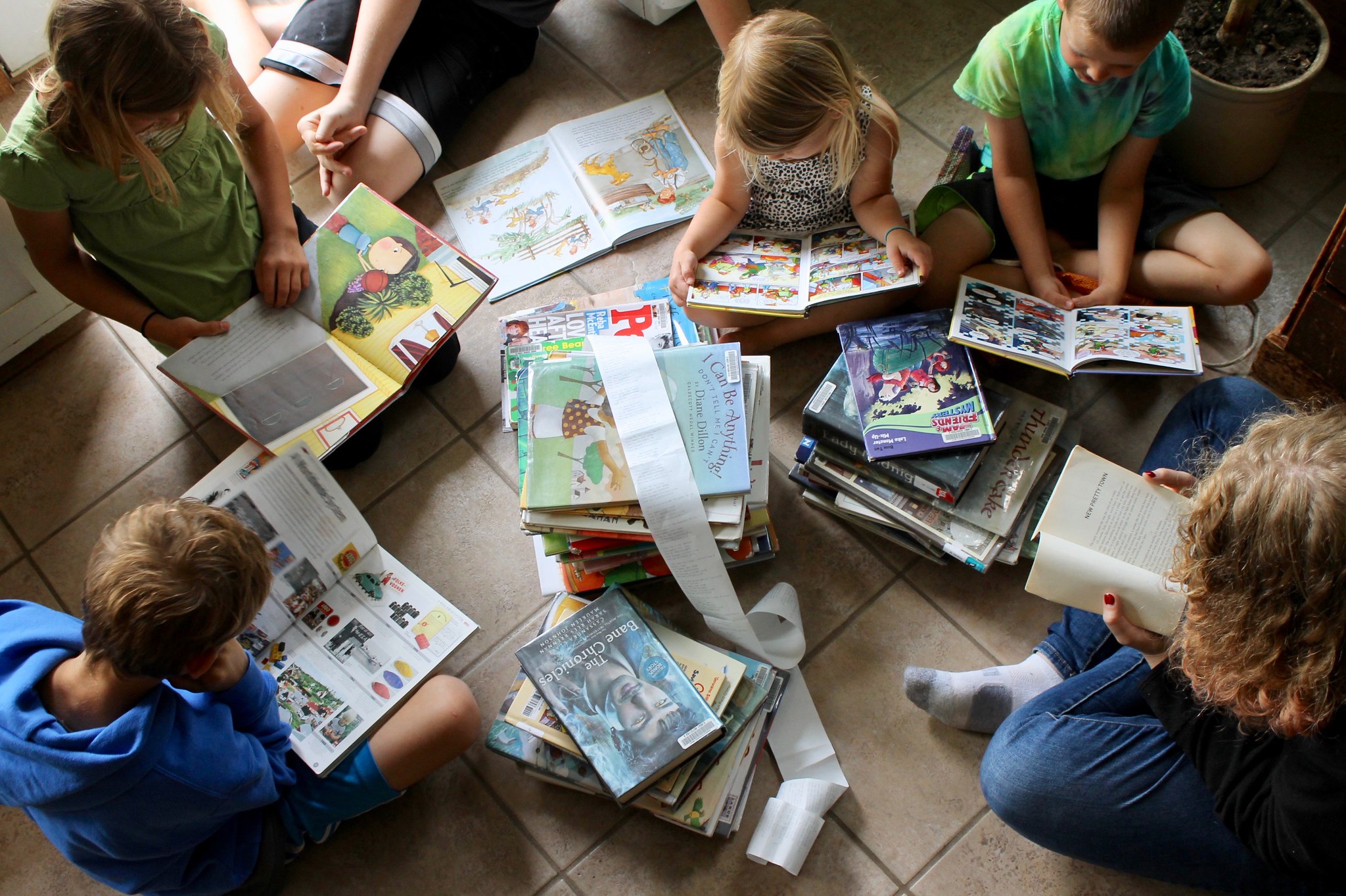 After they’d been at our house for about twenty-four hours, the one boy said sadly, “It feels like we did more stuff last year.”

“My dear child,” I said in my best Willy Wonka voice, “you haven’t had time to do as much stuff because you’ve only been here for a day.”

But I got the point: time to up my game! We spread an old sheet on my bedroom floor and dumped the Legos. We had the cousins over. My older son made sparks. 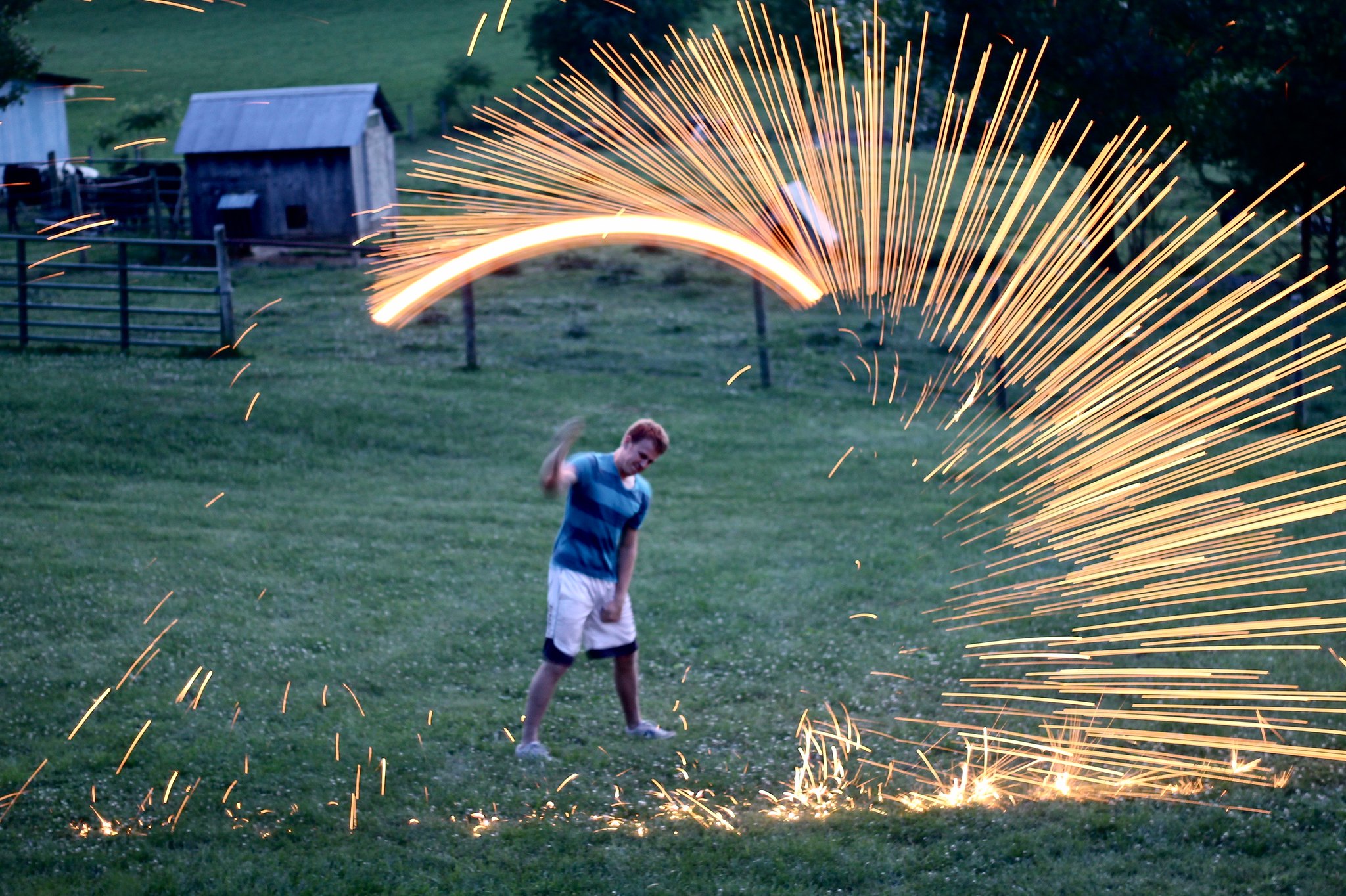 I took them to Costco to eat samples. 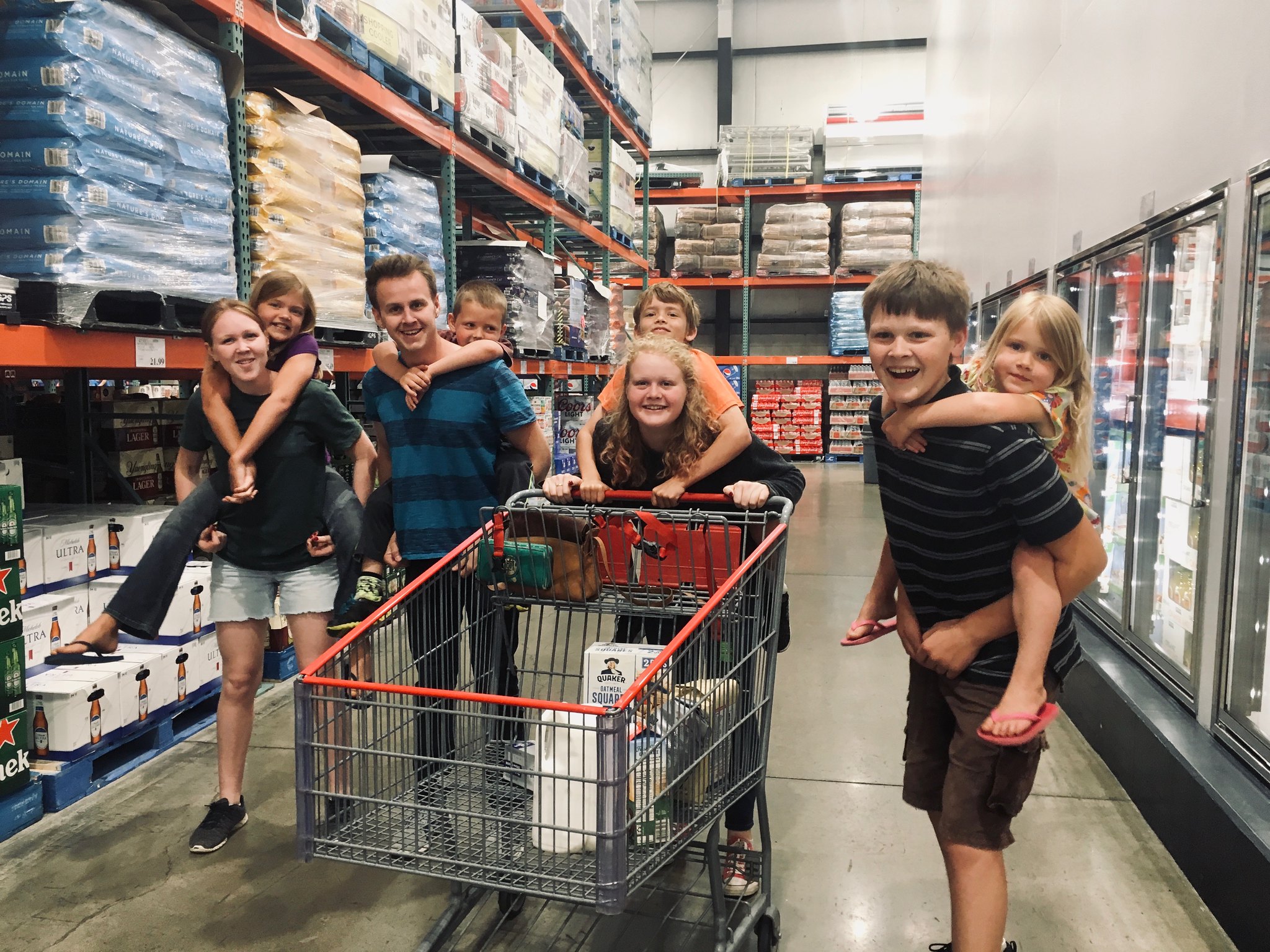 I could feel people staring at us. Probably they thought we were a weird homeschooling family or something. 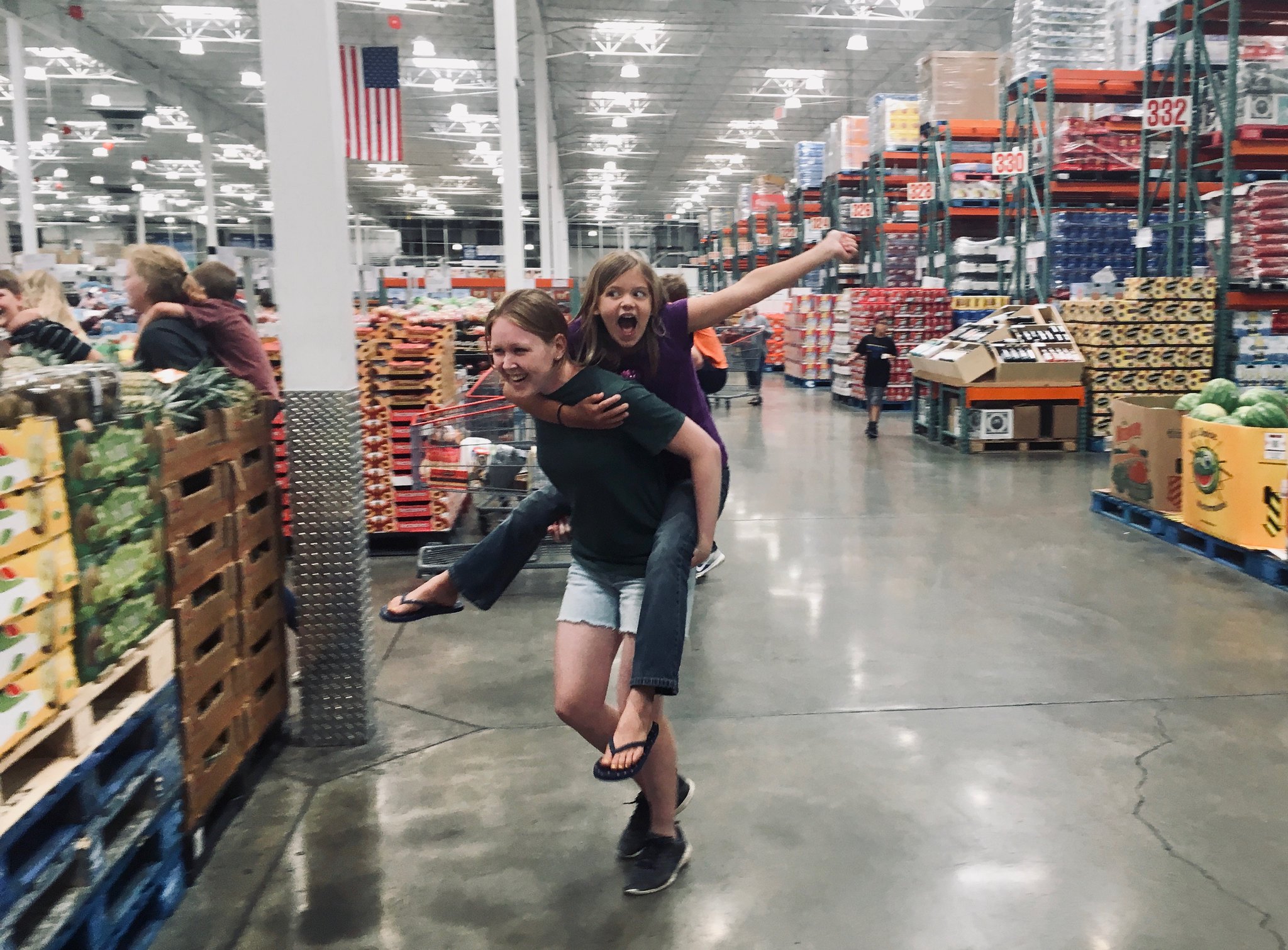 I surprised them with a stop at Puppy City. 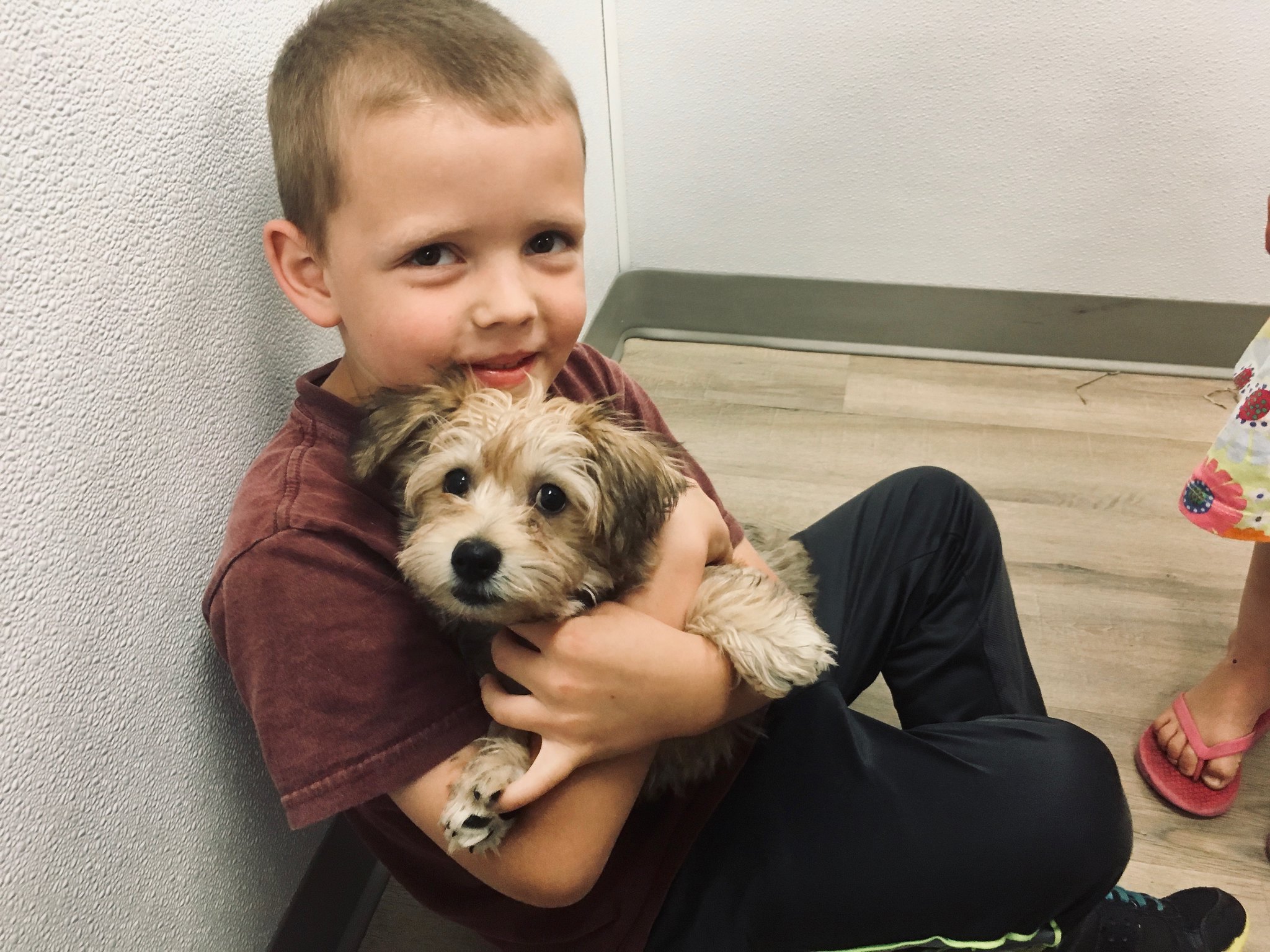 Even though the place was empty, with staff literally lining the walls doing nothing, we were kept to the strict, two-puppy-per-group rule. And, since only three people are allowed in a room at a time, this meant the rest of us had to stand there, twiddling our thumbs and quietly fuming. Note to self: next time divide up and enter at five-minute intervals for maximum puppy pettage.

It’s funny what they remembered from last year. Top priority for the youngest was bedtime snacks — apparently they don’t get them at home — so every night we had something: toast and jelly, graham crackers and milk (the favorite), pudding and nectarines. 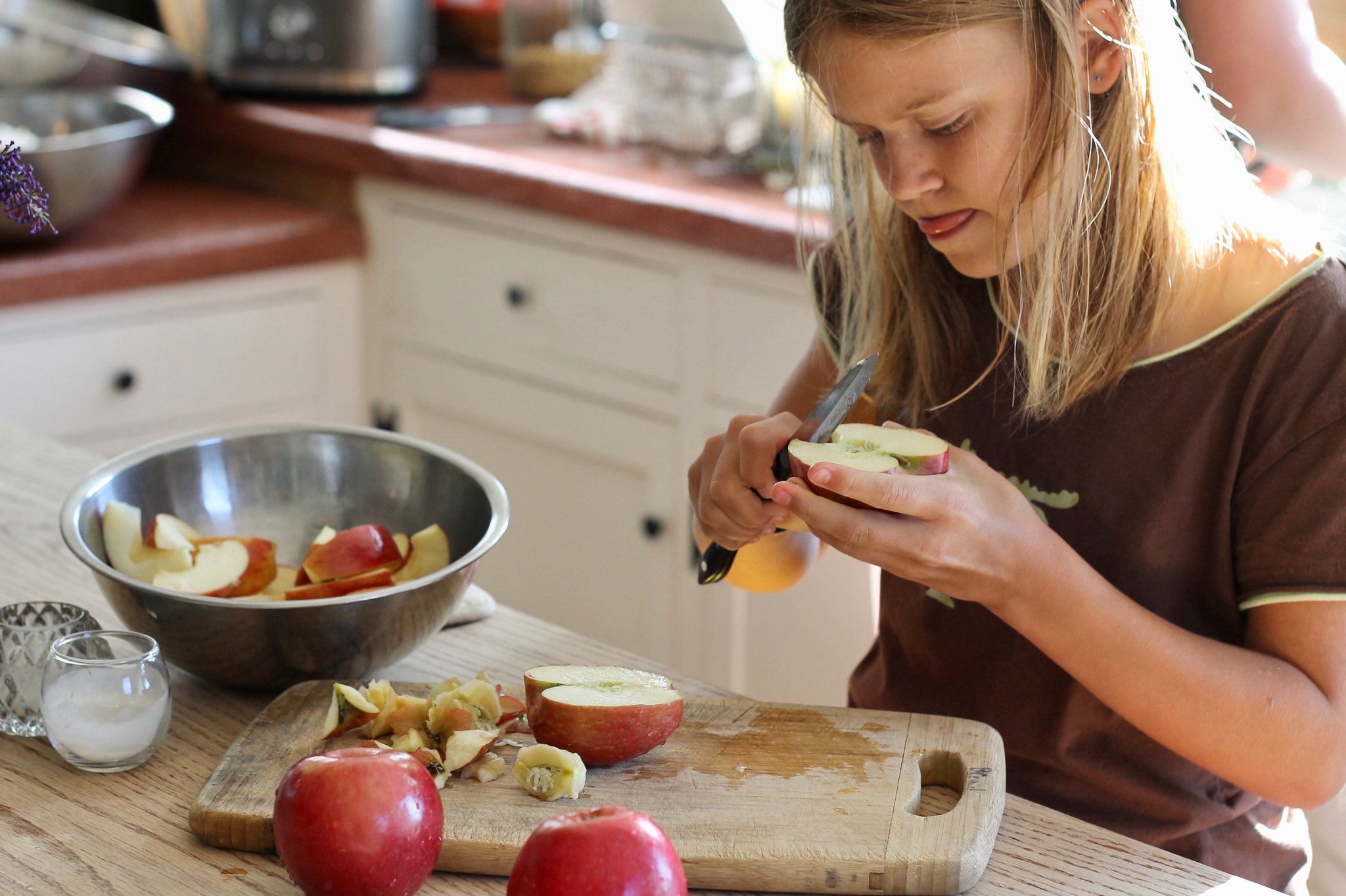 They went to my parents’ house for a day, and to my brother’s house for a morning. For our bedtime book, I read Harris and Me (minus the swear words); at the funny parts, they laughed so hard they almost fell off the sofa.

One night we had cereal for supper (since they only get cereal on Sundays at their house) and had a movie night — Sing — with popcorn and apples. 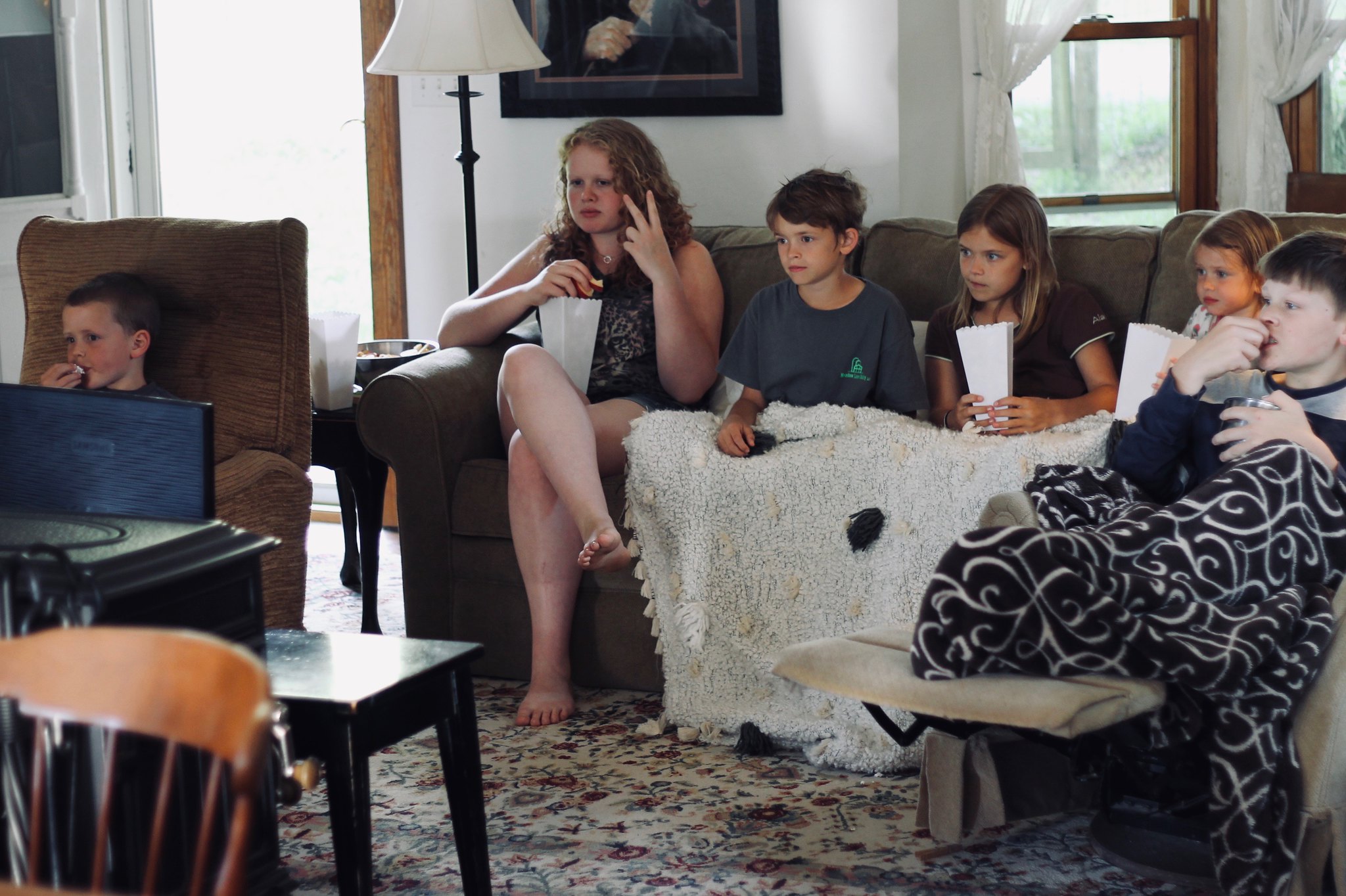 The kids went with me to vote, and the boys observed a kickboxing lesson. We went to my brother’s band concert. 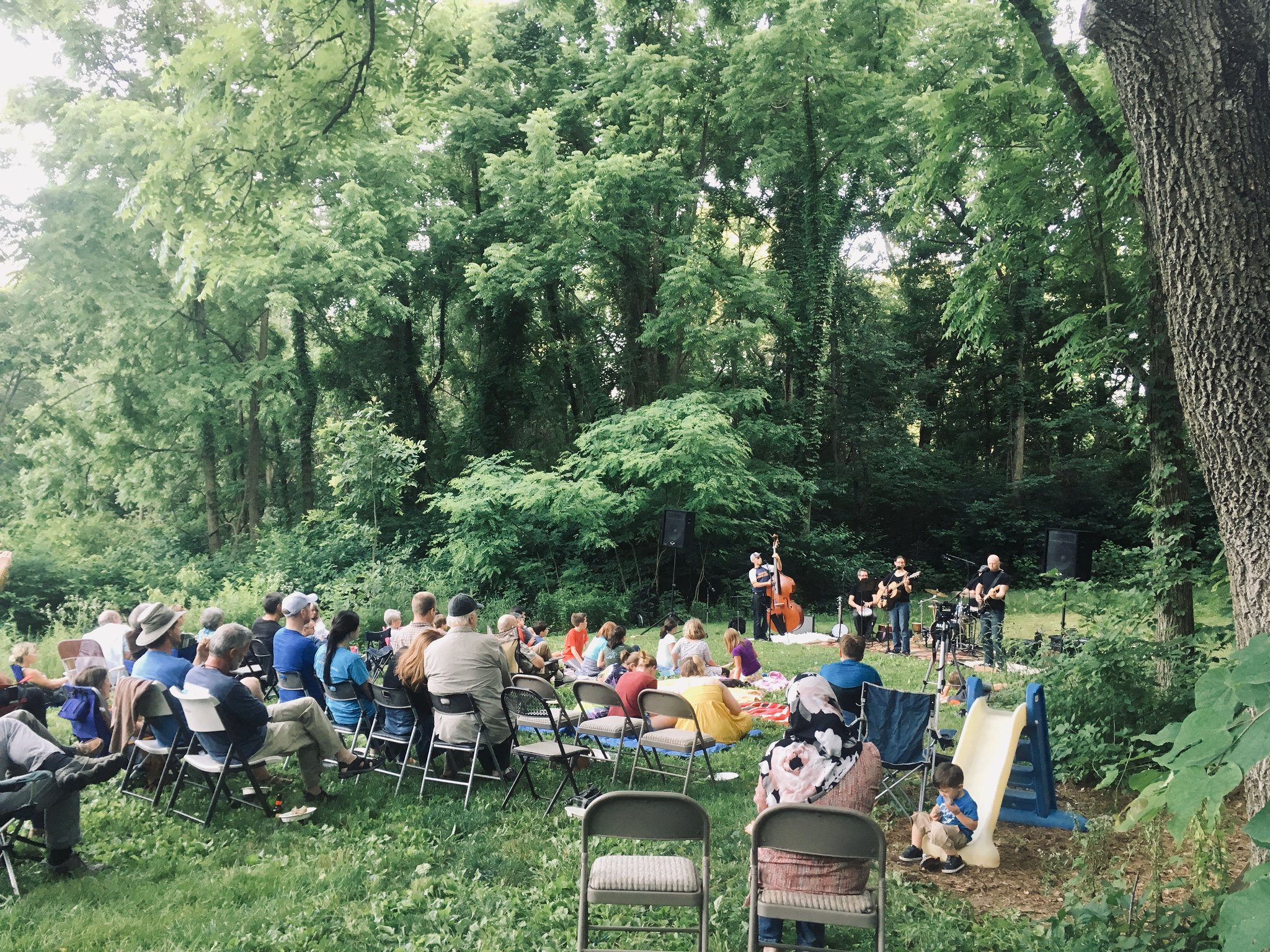 We skipped church on Sunday in favor of sleeping in, a tea party, finishing Harris and Me, and swimming in our neighbors’ pool. 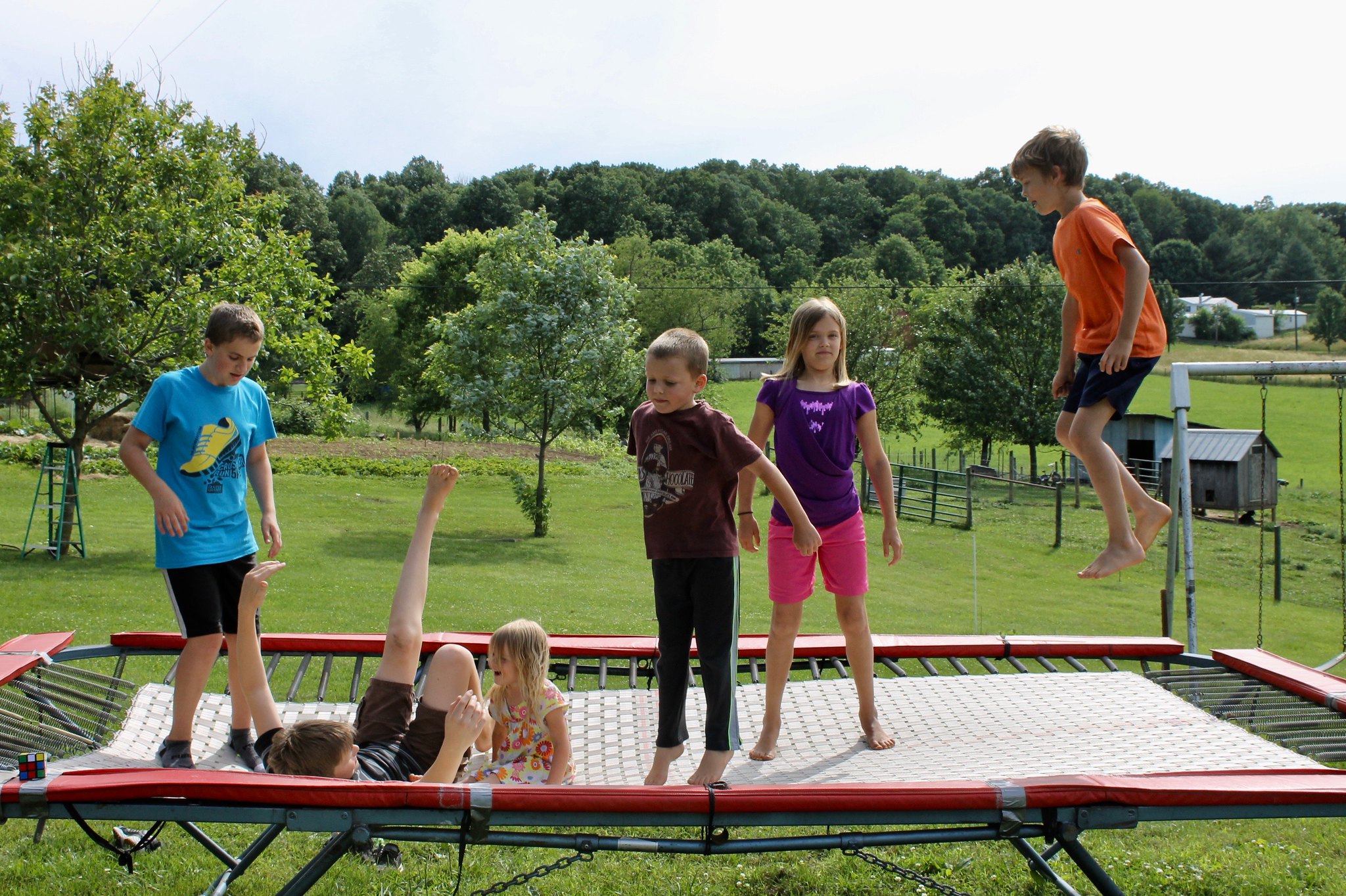 A number of times, our group swelled to ridiculous numbers: my brother’s kids, my younger daughter’s babysitting charges, my younger son’s friend, the neighbor kid, a friend and her children. The yard swarmed, kids on the (replacement!) trampoline, on the swings, in the tree. The neighbors probably thought we’d opened a daycare. 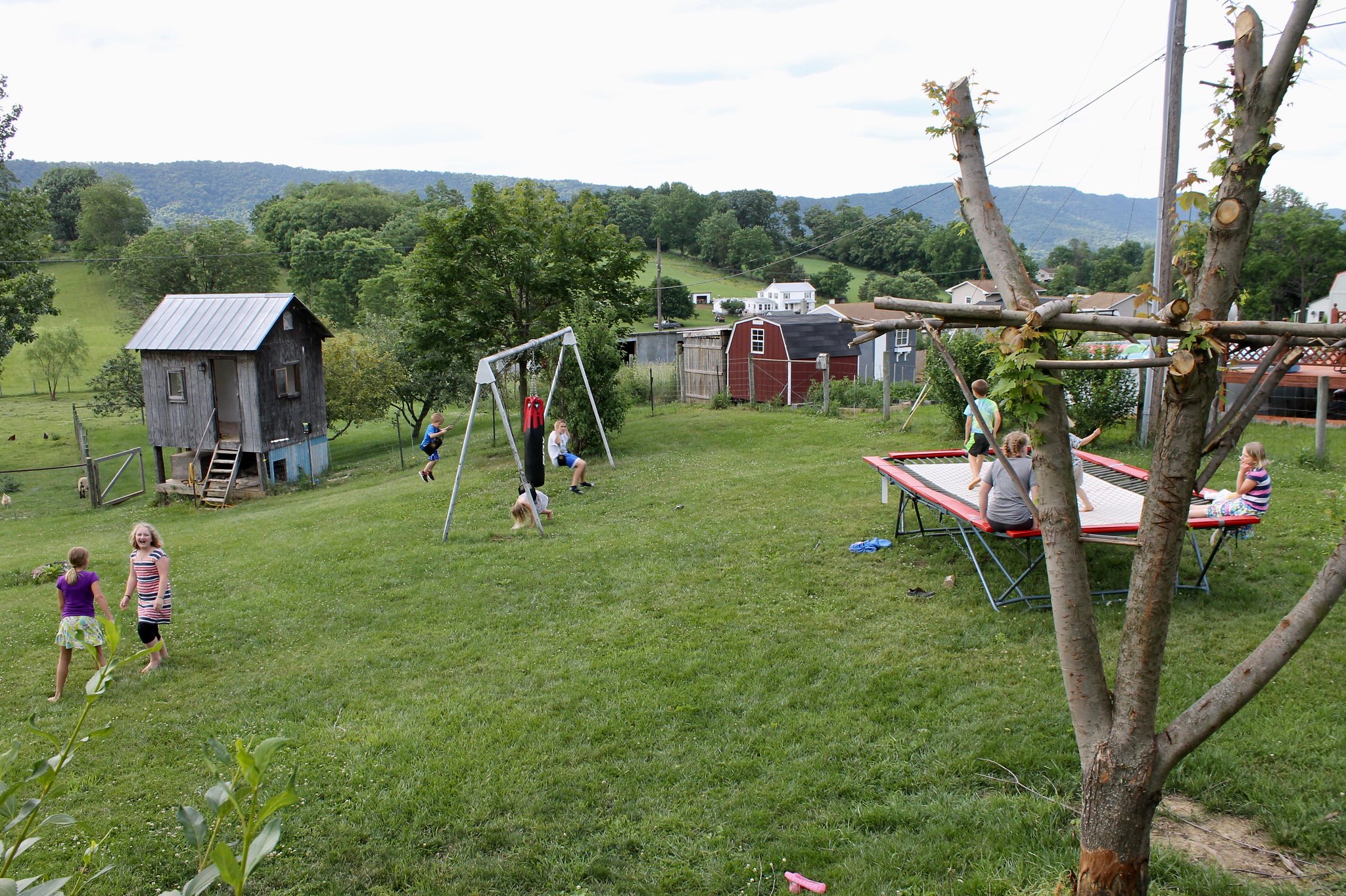 Mostly, though, I cooked. 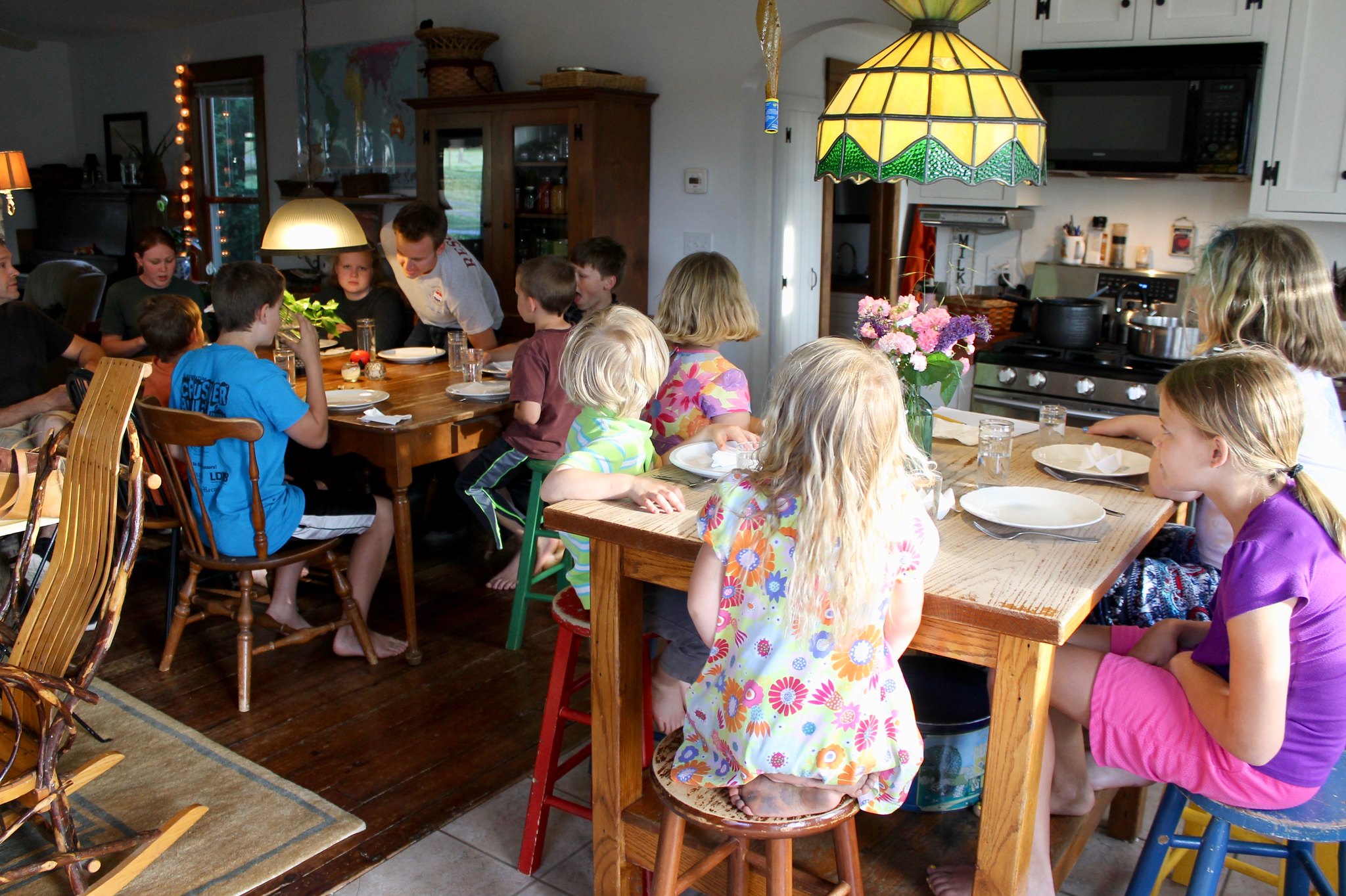 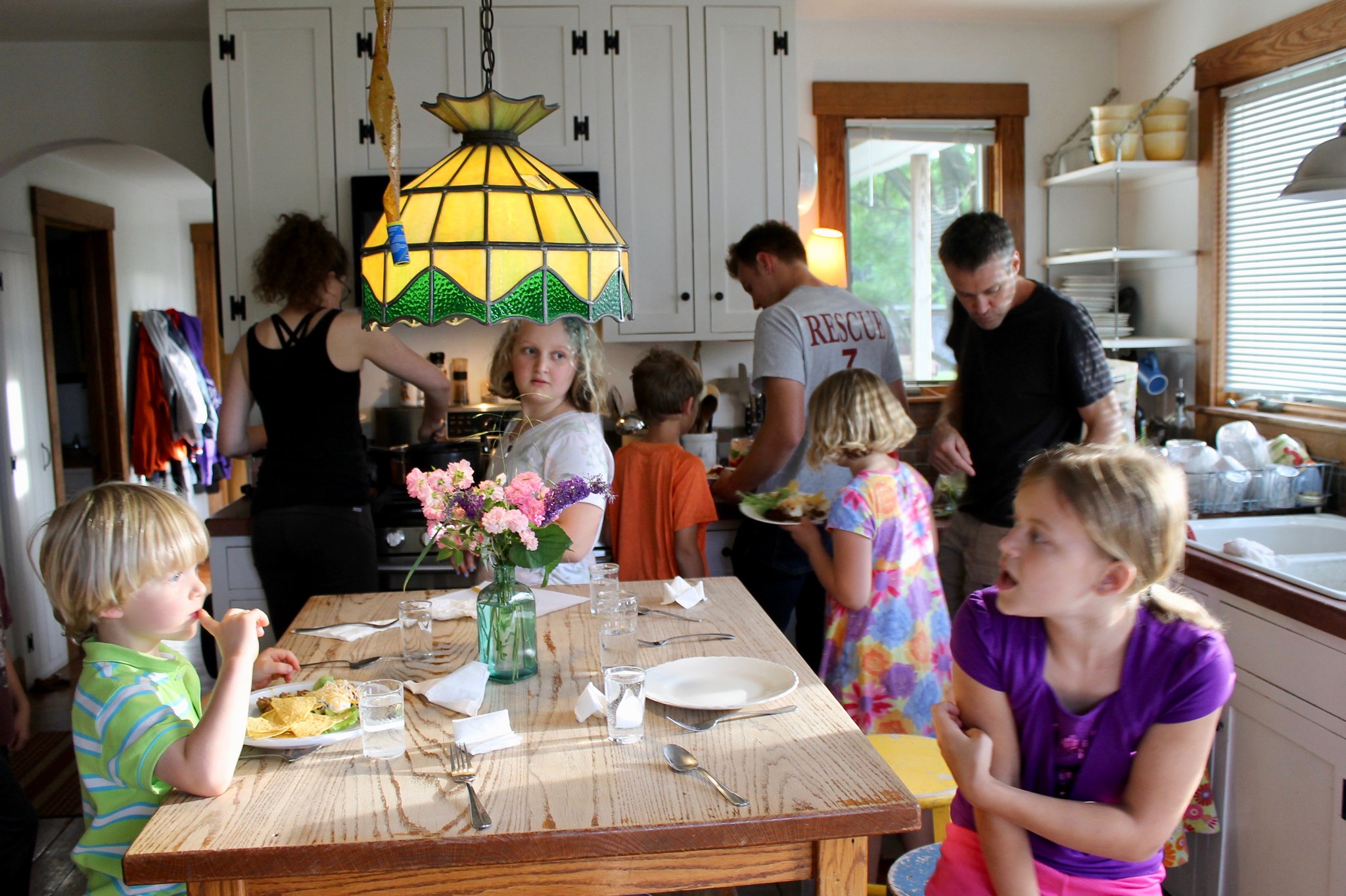 Part way through the week, I developed a sore throat that morphed into a cold. It wasn’t bad, but it was enough to make me semi-exhausted. 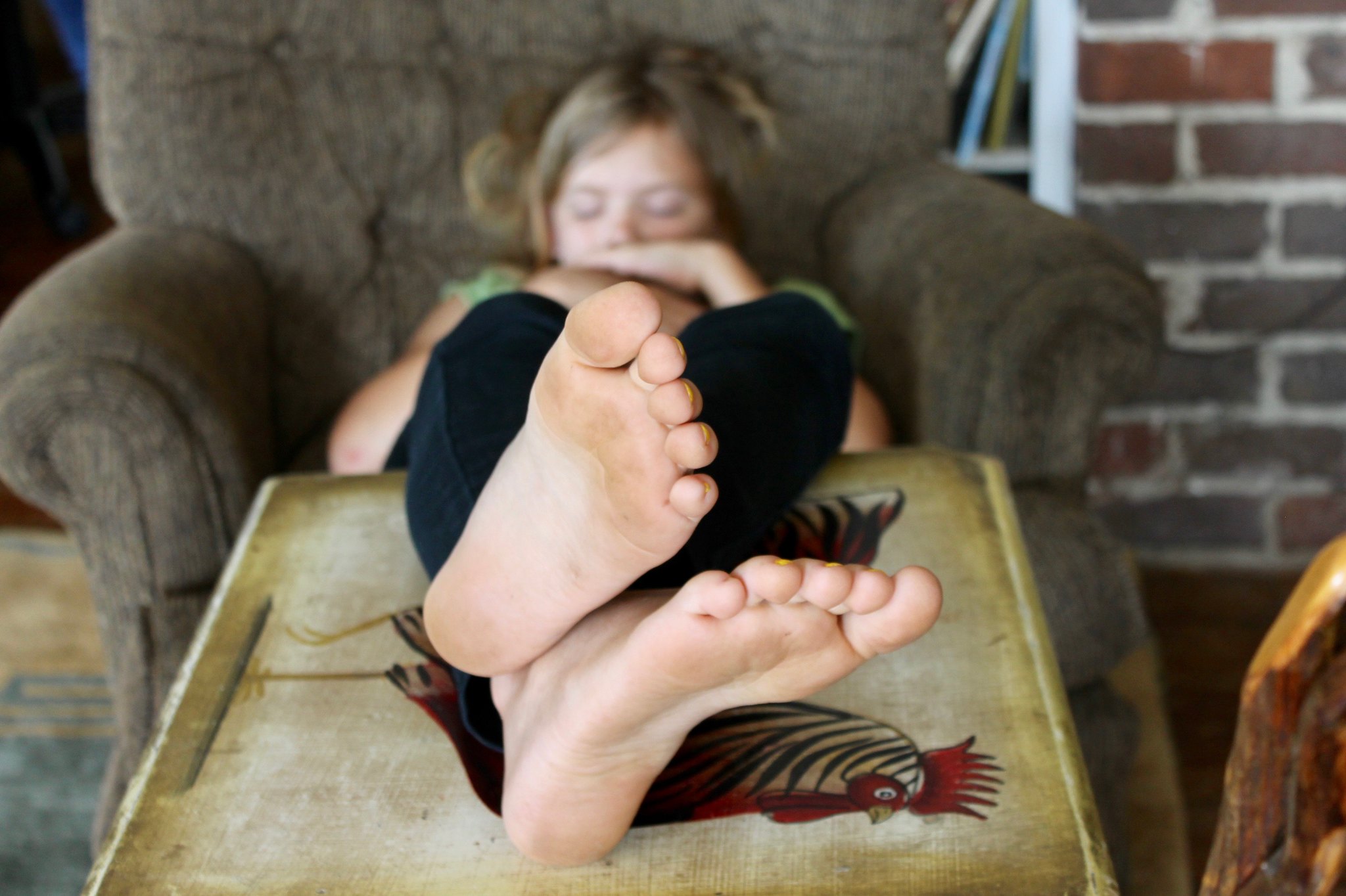 Or, oh hey here’s an idea: maybe I was tired, not from the cold, but from, oh, I don’t know, TAKING CARE OF A MILLION KIDS?

This same time, years previous: up, up, up to Utuado, taking flight, street food, this, too, shall pass, Kate’s enchiladas, cold-brewed iced coffee.