Last Wednesday, we had Francie, our family dog of nearly fourteen years, put to sleep.

She’d been going downhill for several years. First, she’d developed tumors, and then she went deaf. She had arthritis, too (or something similar), so for months now, we’ve been giving her a baby aspirin every morning along with her food. She’d always been a sweet and docile dog — and more obedient than my own children — but as she aged, she became even sweeter. (I’ll be lucky if I age even half as well.)

Then Monday, she stopped eating. On Tuesday, we brought her inside where she stretched out on the floor, sometimes barely breathing. We thought she might die at any minute, so my older son sat beside her, studying for his semester finals and keeping a close eye on her. 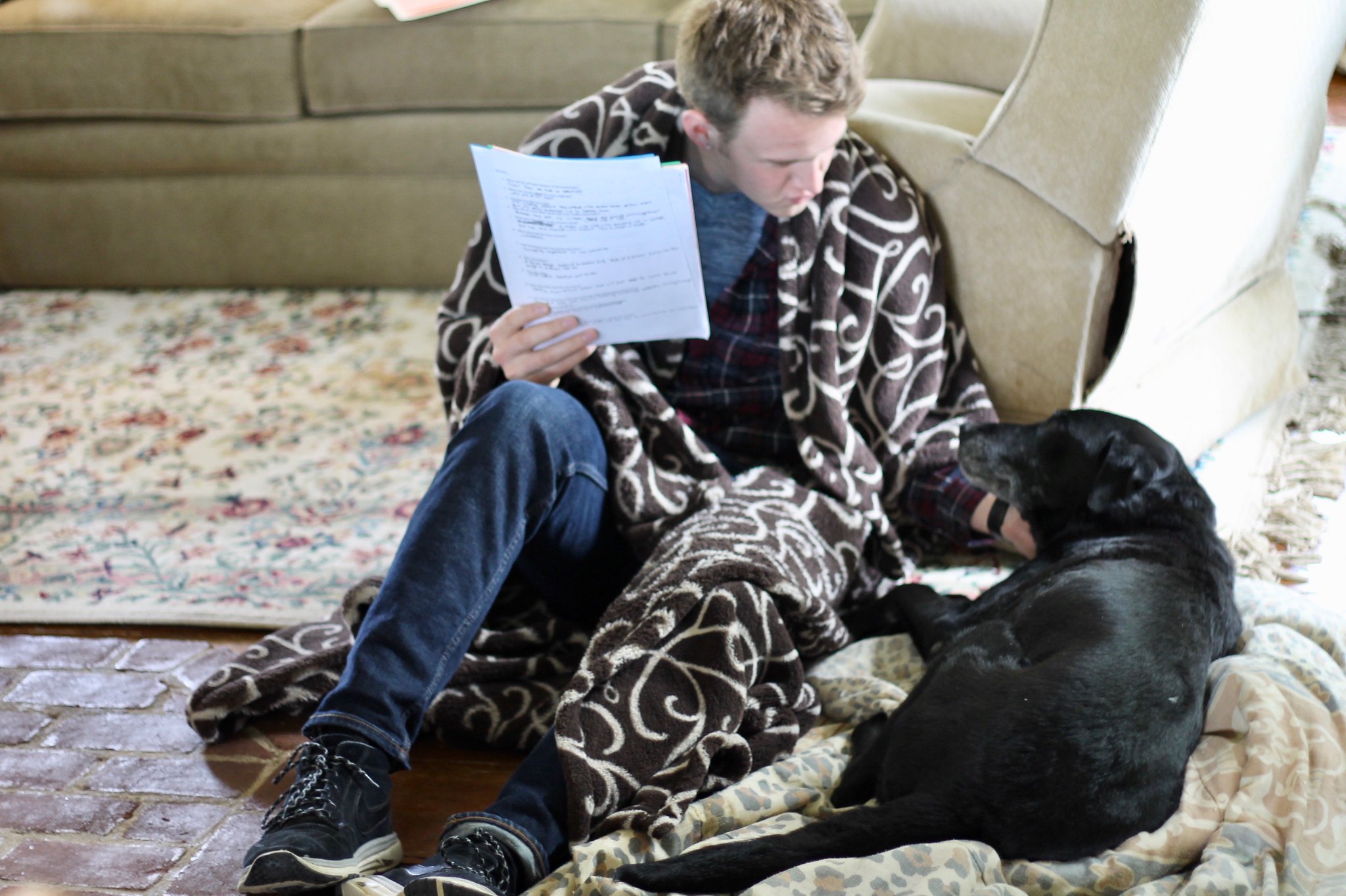 But then she stood up and walked outside.

That evening, she refused to lay back down. For hours, she sat there, trembling and panting, every now and then shifting her weight uncomfortably from one hip to the other.

Wednesday morning, my husband called the clinic and set the appointment for 3:30 that afternoon. The day dragged. In between grocery shopping and kickboxing, chores and finals, the kids took turns sitting beside her, stroking her head and crying. 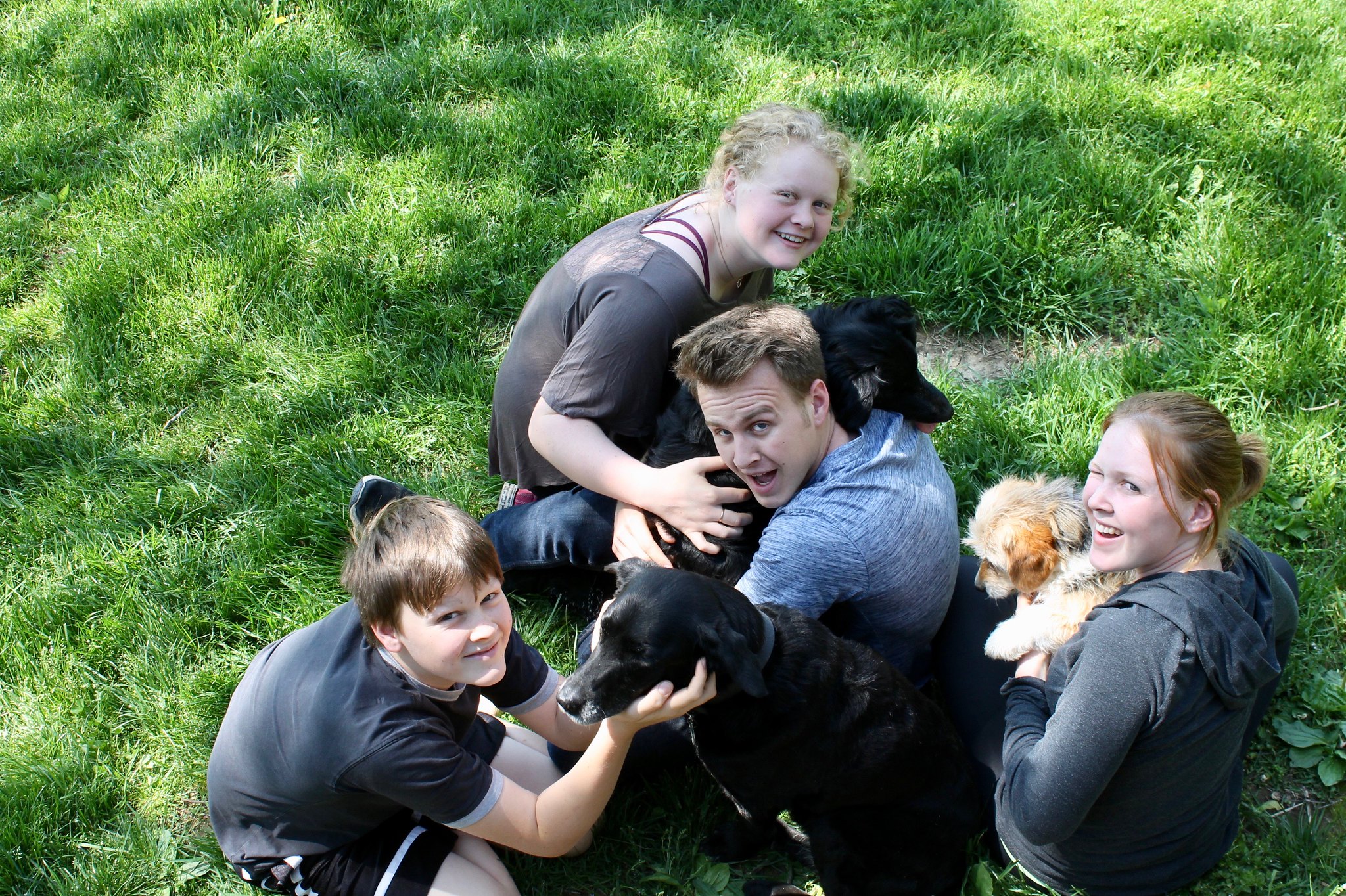 Seconds before they all dissolved into tears, yet again.

We discussed where to bury her, and who wanted to go along to the appointment. The boys all wanted to go — my younger son wanted me to go, too — and the girls decided to stay at home. But last minute, as we loaded Francie into the van, the girls, unable to leave Francie, climbed in, too. 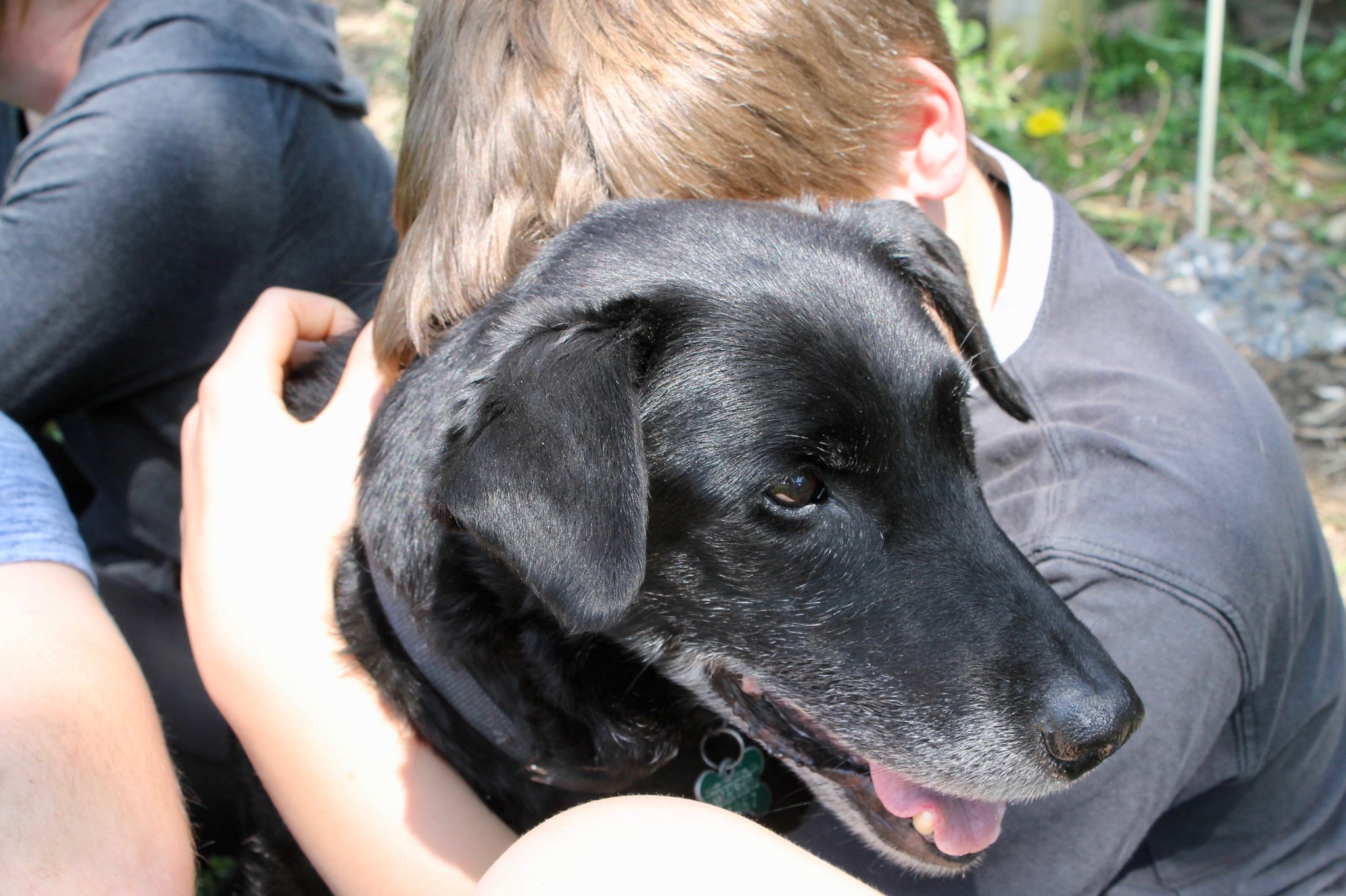 The ride to the clinic was silent but for children’s crying. In the clinic waiting room, we were a hot mess, all tears and snot. The staff didn’t waste much time trundling us back to the examining room. The vet, a quiet-spoken older gentleman I’d never met, gave her a sedation shot, and then left the room.

It took only a couple minutes for Francie’s panting to slow and for her to gradually relaxed onto the floor. When the vet returned, my older son lifted her to the table, and the girls left the room. The vet shaved a small spot on her leg and injected her with the medication. Within seconds, she was gone.

On the drive home, her sheet-wrapped body tucked in the trunk like the grandfather in Little Miss Sunshine, we remembered the first time, thirteen years before, that we’d brought her, whimpering in a crate in the back of the car, to our house — we’d named her Francie on that ride. As we got closer to home, our sadness slowly lifted. The hard, necessary task was finished.

At home, my older son dug the hole. He removed her collar, and lowered her in. 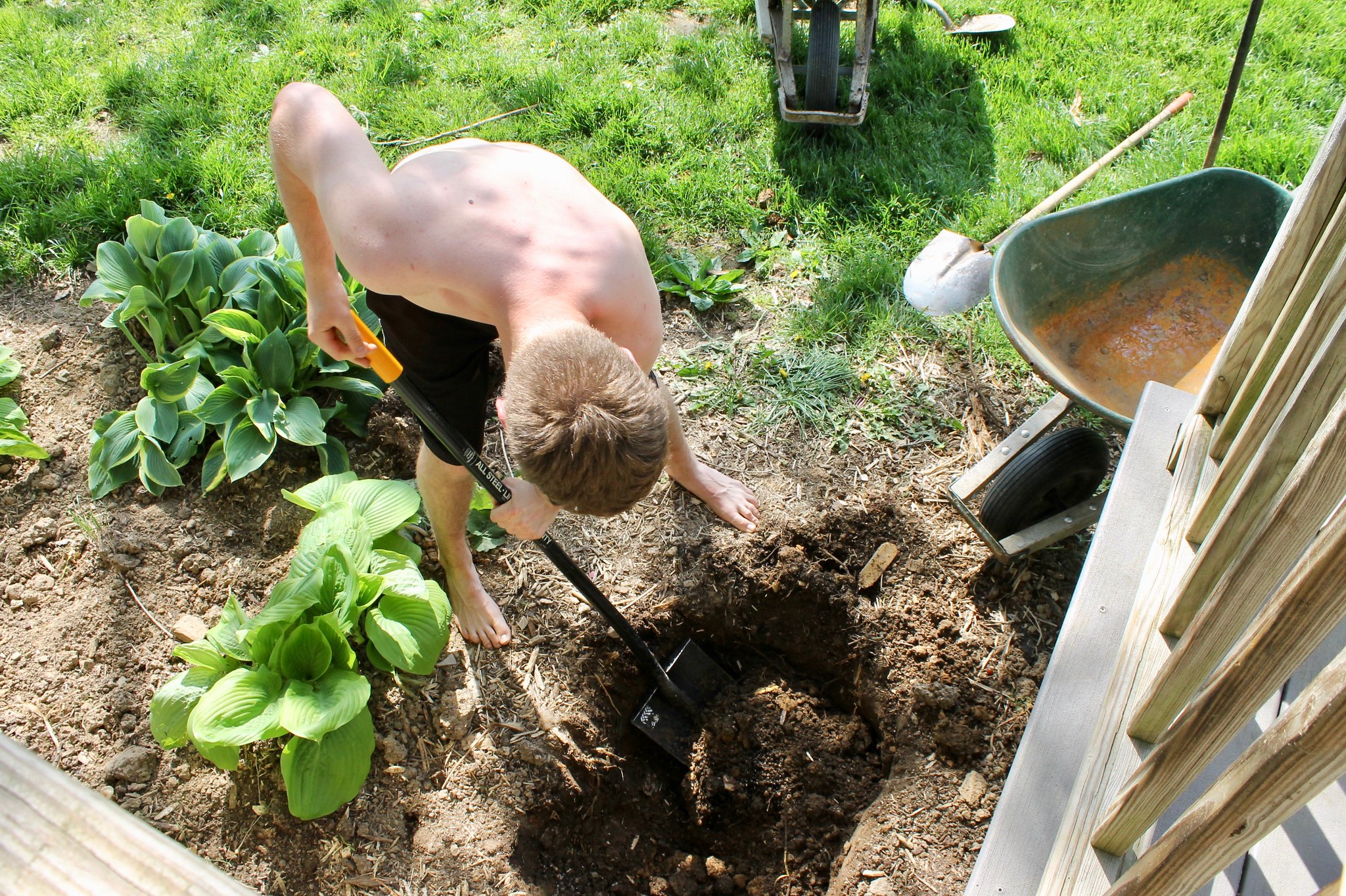 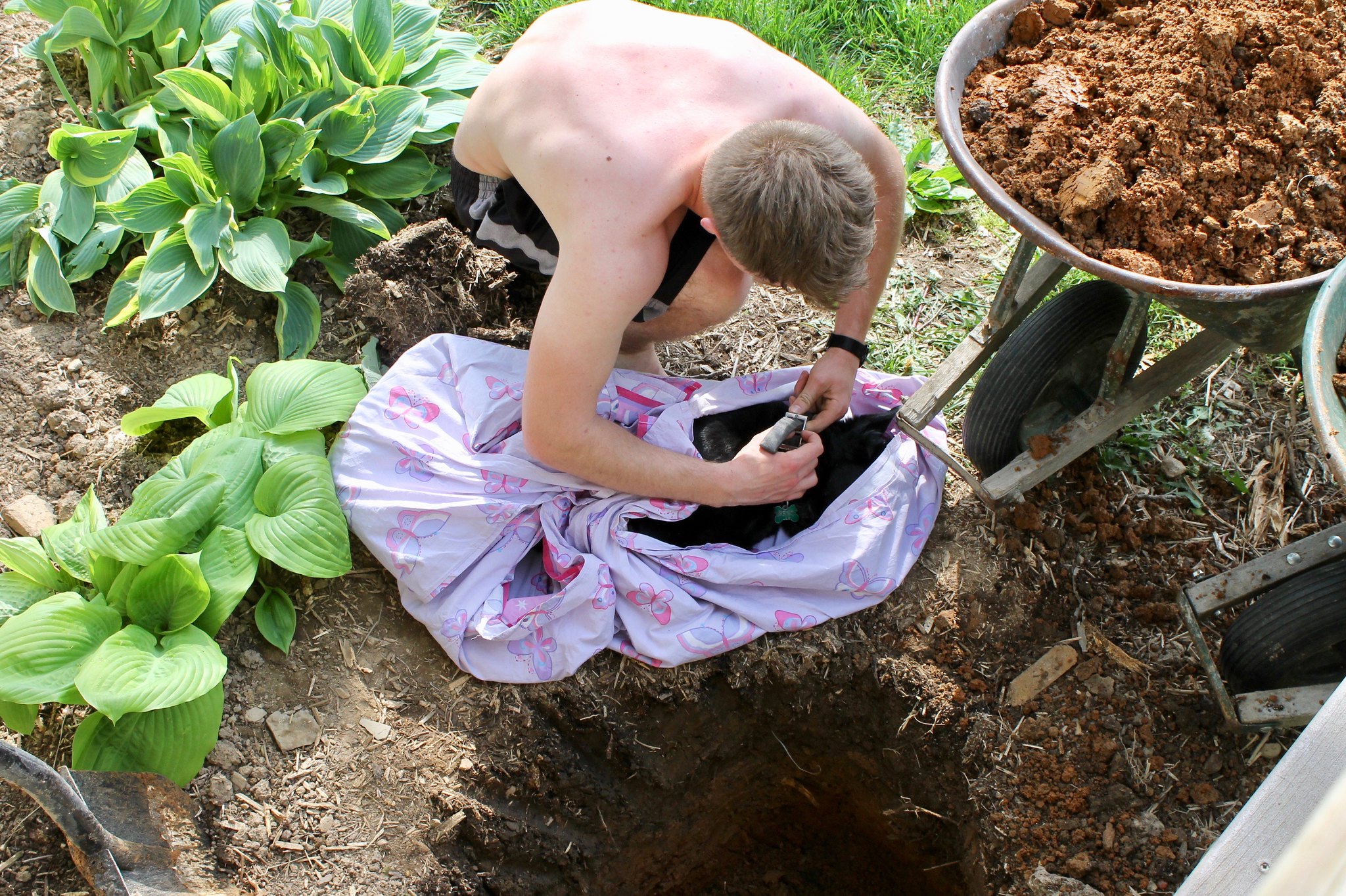 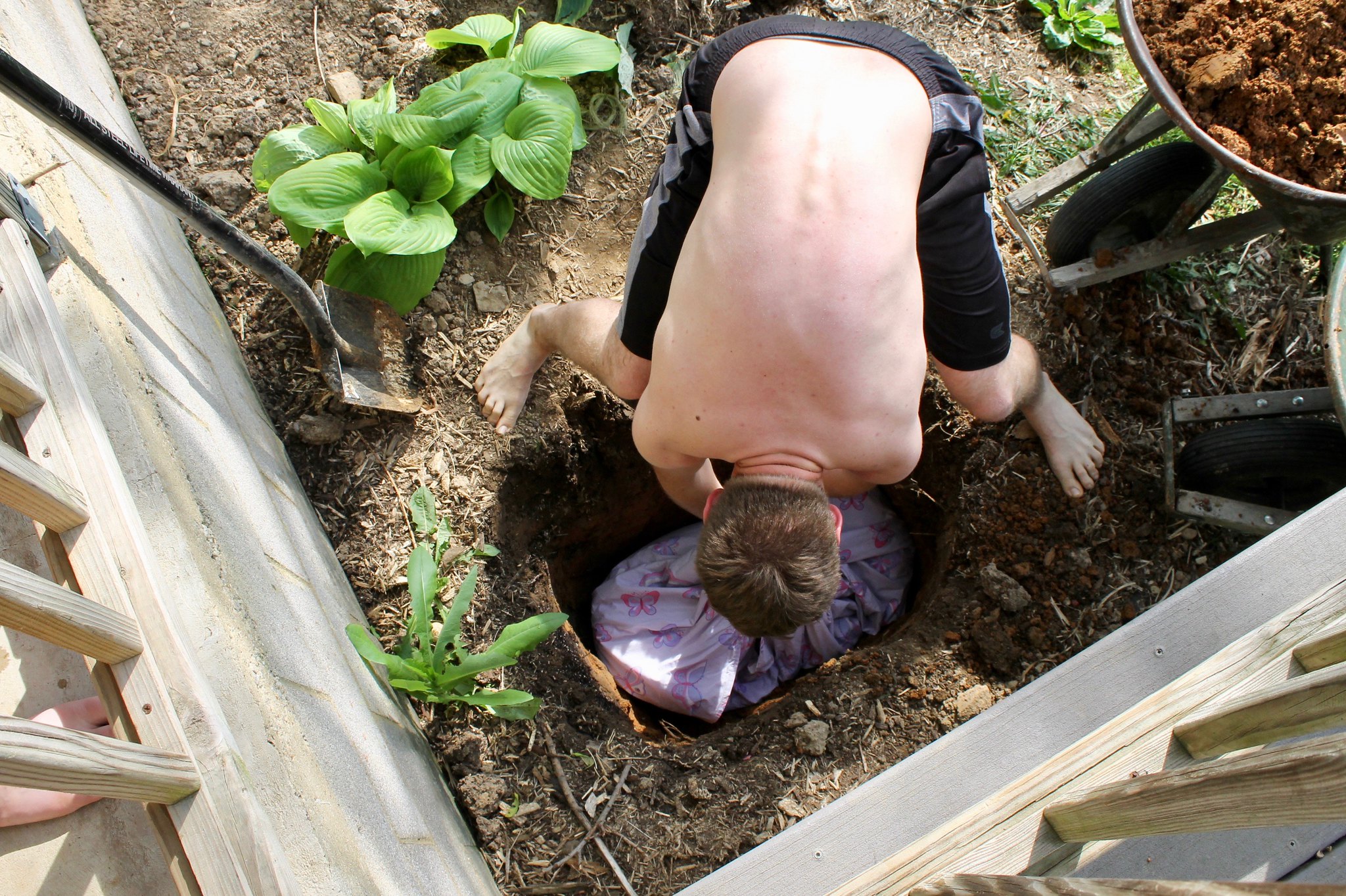 Francie’s death is, by far, the healthiest death I’ve ever experienced with a pet. It left us utterly drained, of course (that evening my older daughter came to watch our invited dress rehearsal, which was, perhaps, an unwise choice: she was so traumatized by seeing the play only a few hours after Francie’s death that she’s refused to come see an actual performance), but there’s not the lingering, piercing sadness we felt after Alice was killed. 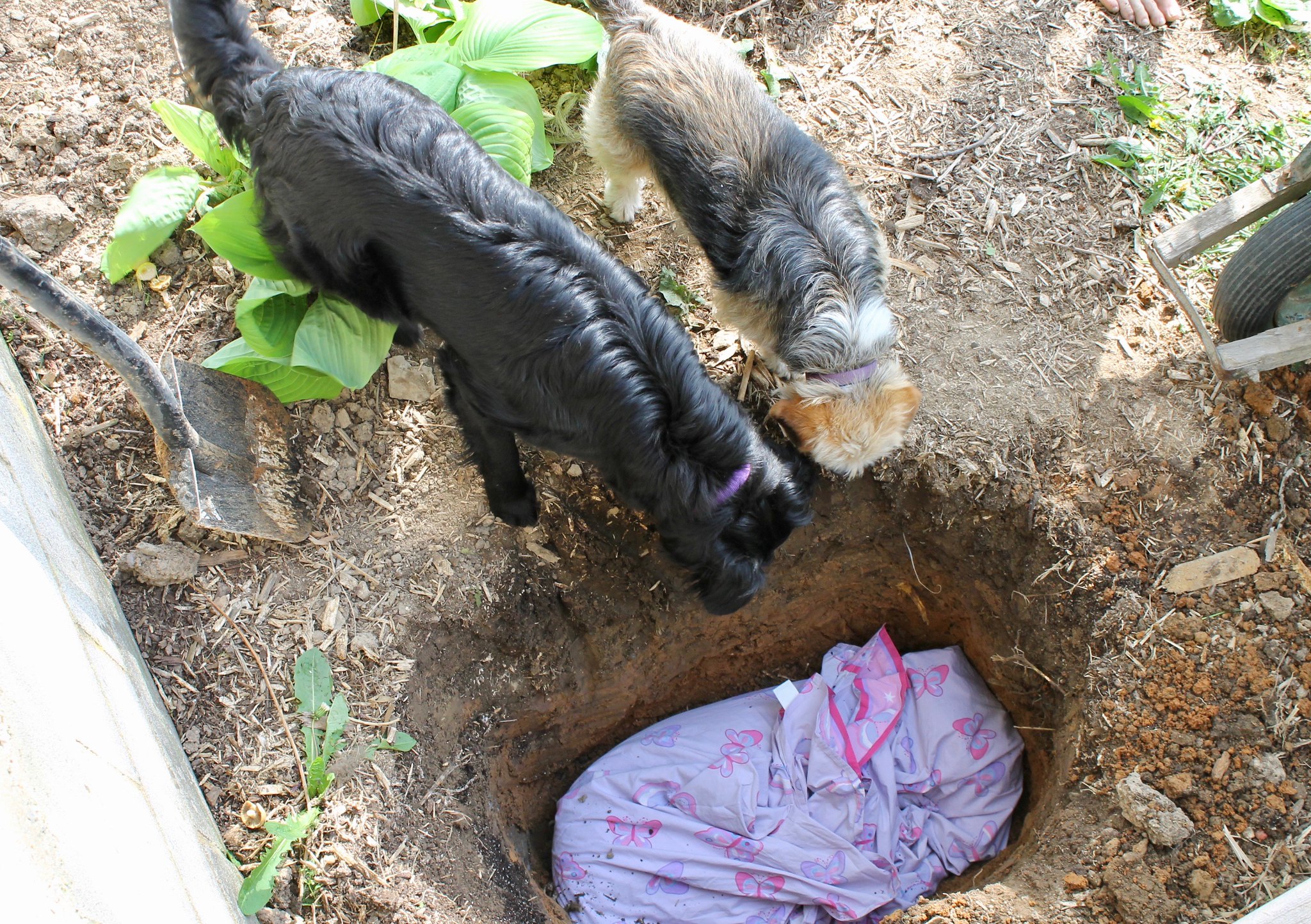 This time, there’s just relief that it’s over, and gratefulness for the many years we had with our sweet Francie.