The boys share a bedroom, and my younger son’s allotted space is the tiny nook back in the corner. It’s just enough space for a single bed and a teensy end table. We put shelves on the wall for his stuff and stuck his dresser at the end of the bed and that was it. 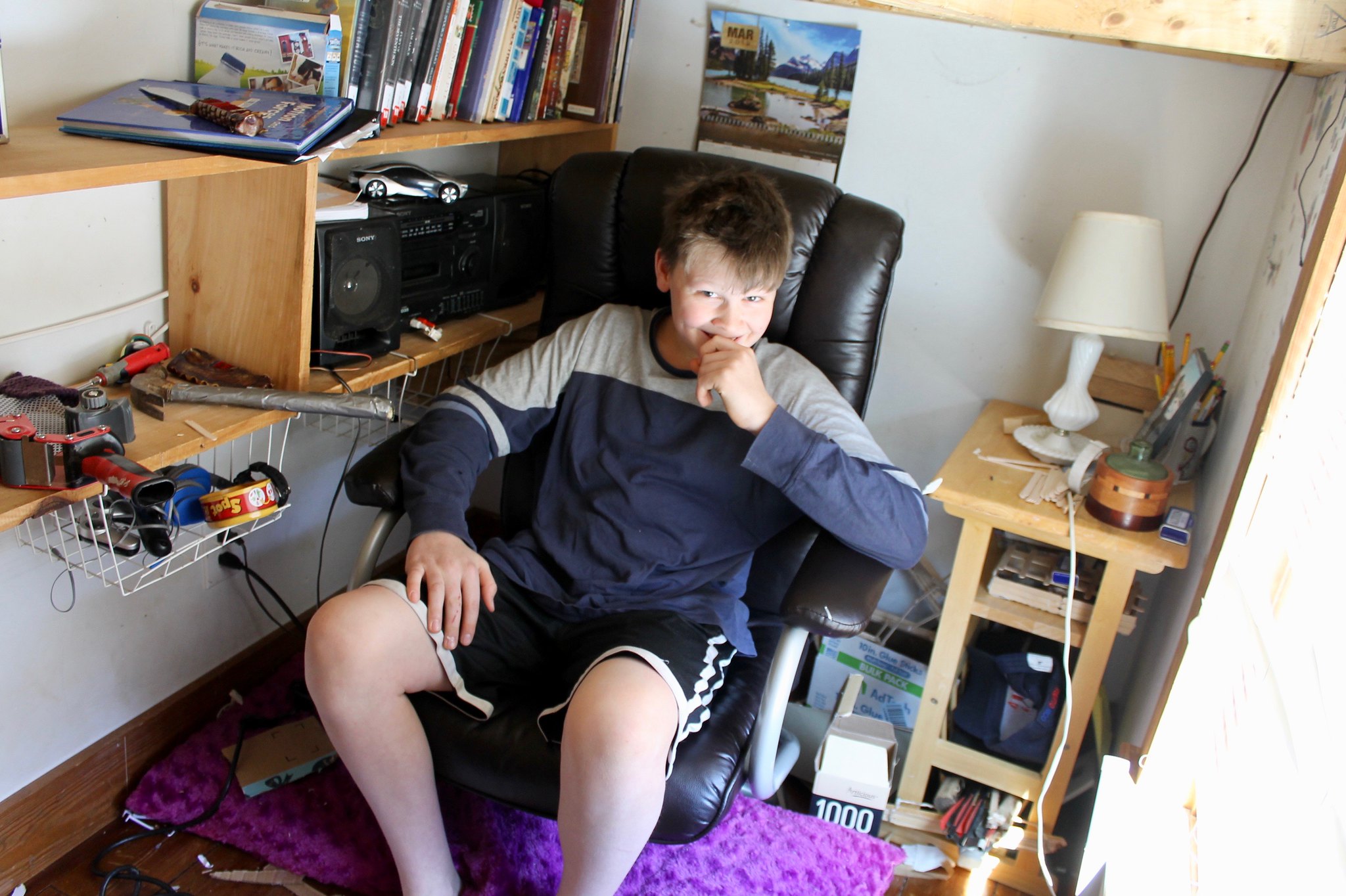 One day the boys slapped together a loft (without permission, naturally), so now he sleeps up top. Down below, he has just enough space for a chair, his shelves, and that teensy end table. He spends hours back there, hot-gluing things together or carving or reading, all the while listening to classical music. 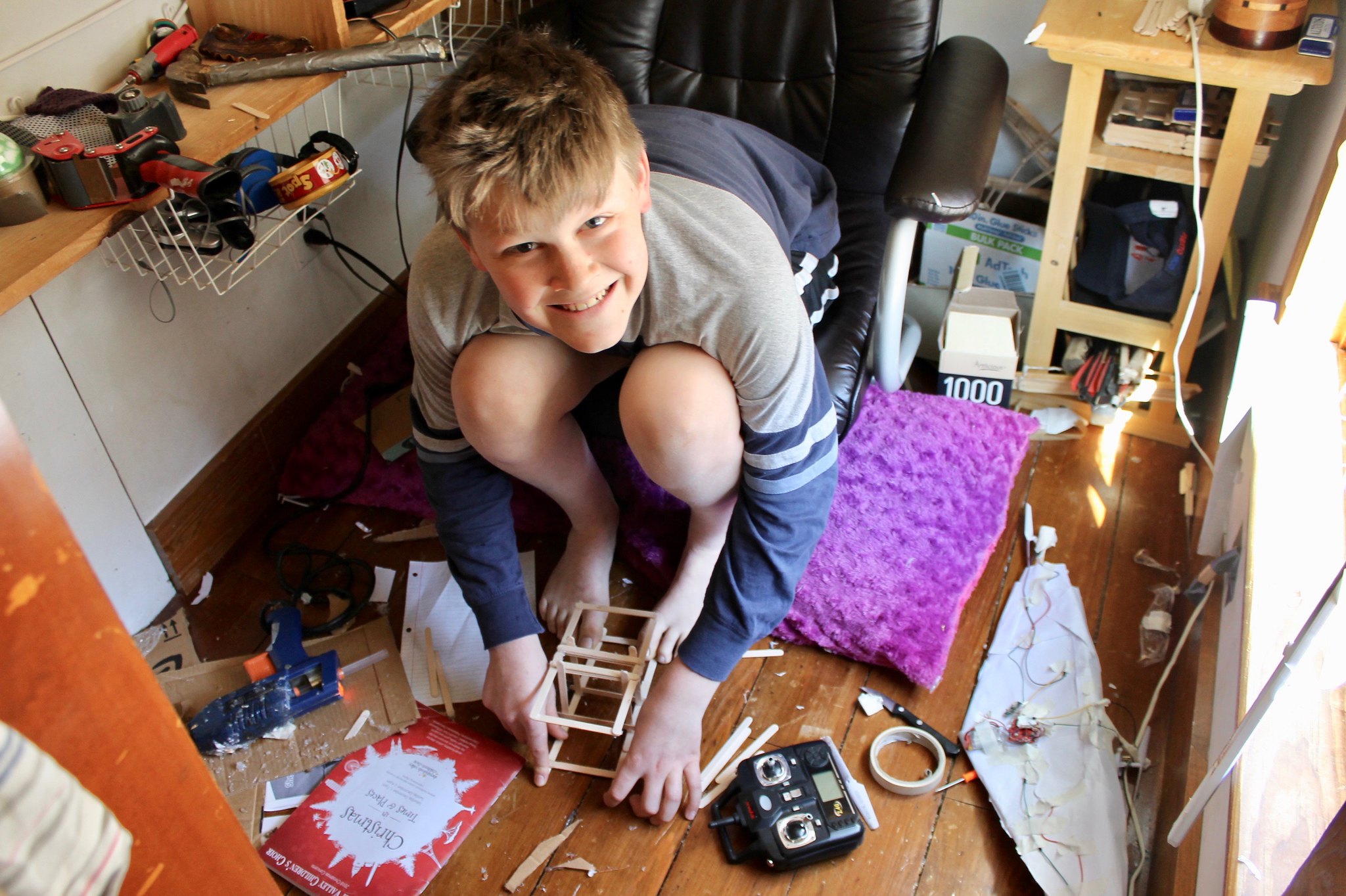 He took apart a drone and patched together some sort of remote control craft: propellers and popsicle sticks attached together with hot glue and masking tape, with matchbox cars strapped to the bottom for wheels. 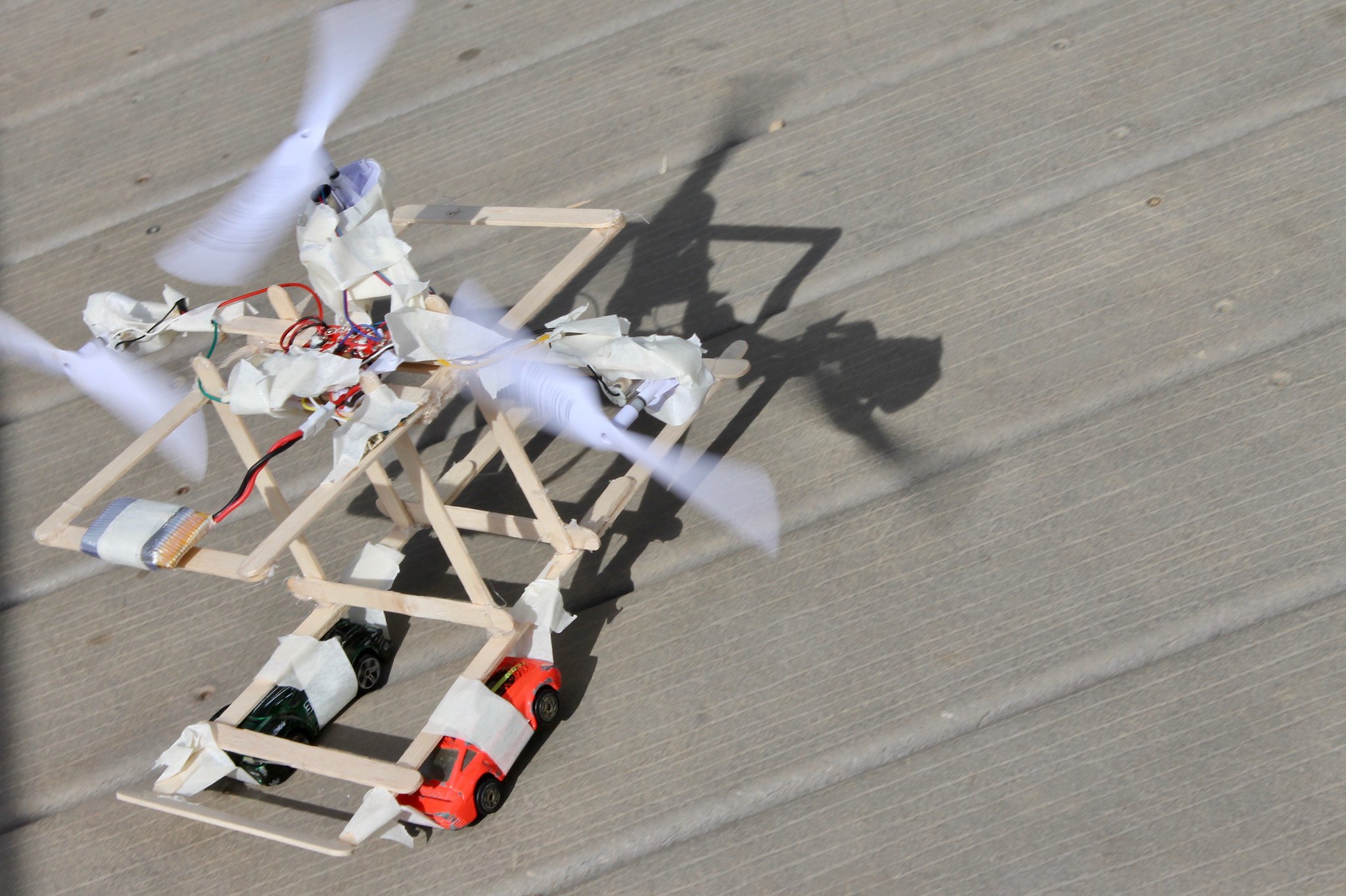 It drove just fine, but when he tried to fly it, it didn’t end so well.

He’s starting to feel crunched, asking when he’ll get to have more space, poor kid. But one of the benefits of a too-little room is that he has to leave it — i.e. go outside — if he wants to do anything besides read books and hot-glue popsicle sticks. 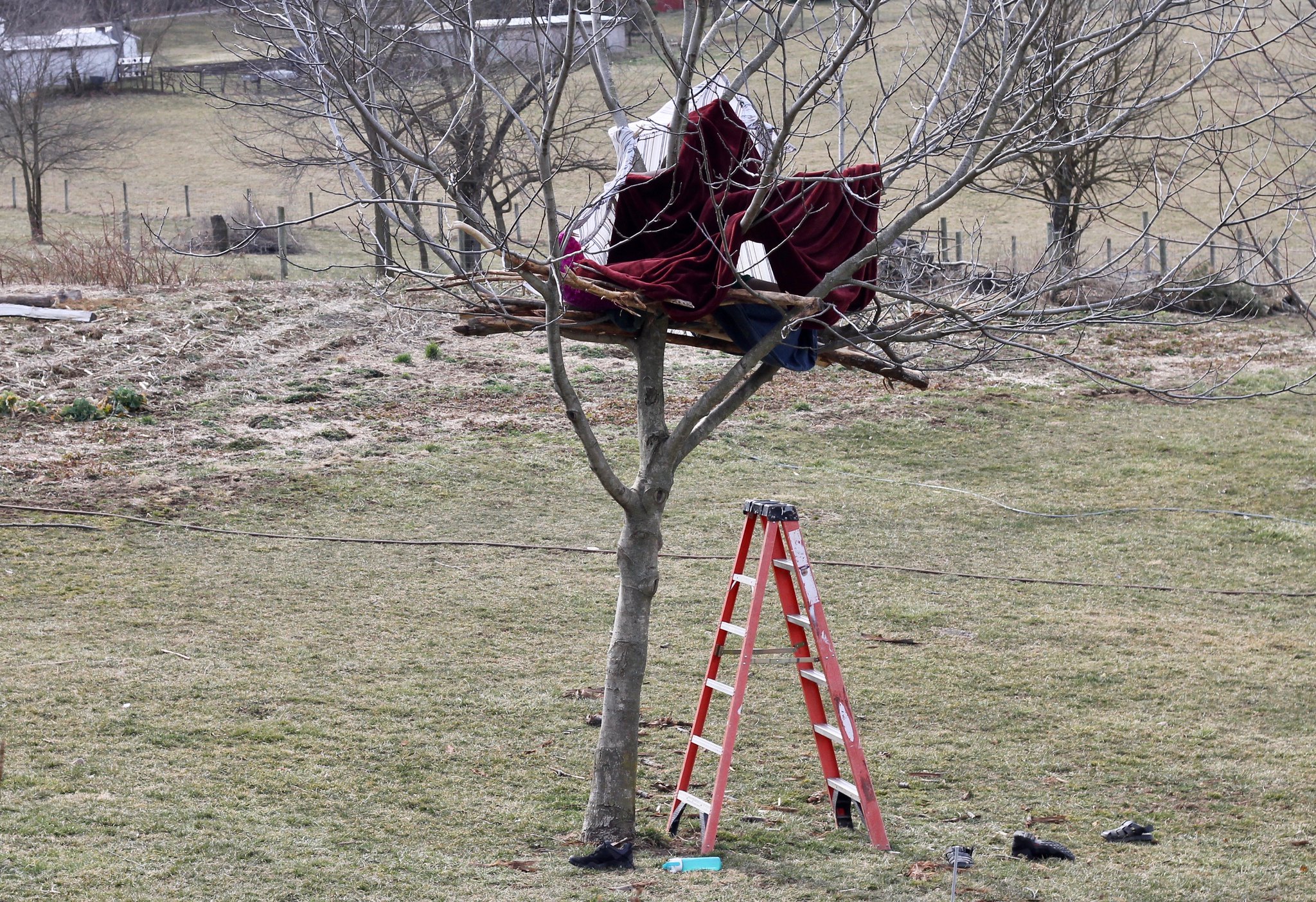 For awhile there, he was thick into fort building, relocating a pile of sticks around the yard, using them to fashion first a treehouse, then a teepee. 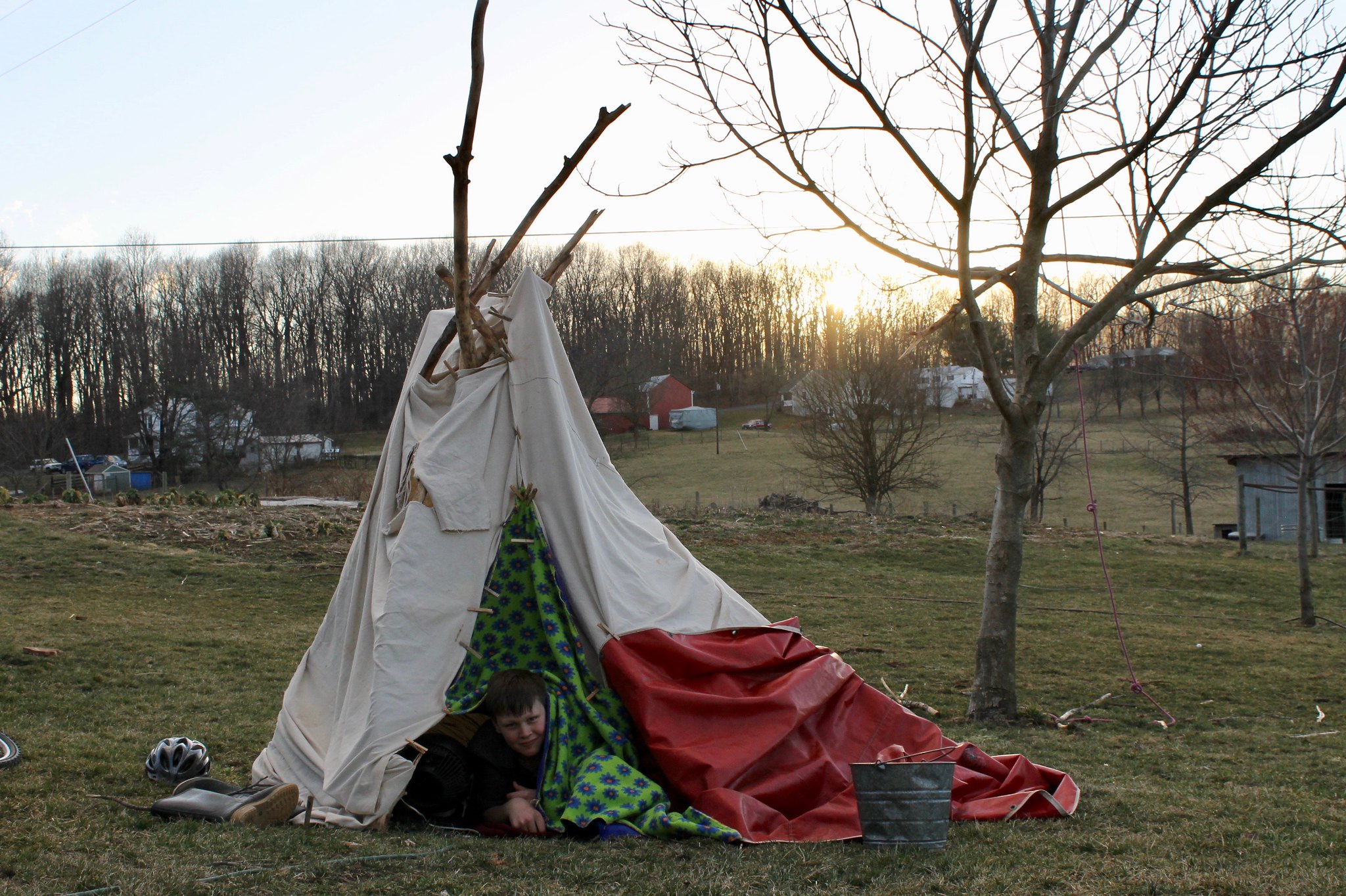 Most recently, the sticks have been used as an addition to the deck. He said he wanted to sleep in it, and he and his friend outfitted it with a million pillows and blankets, but we said no. 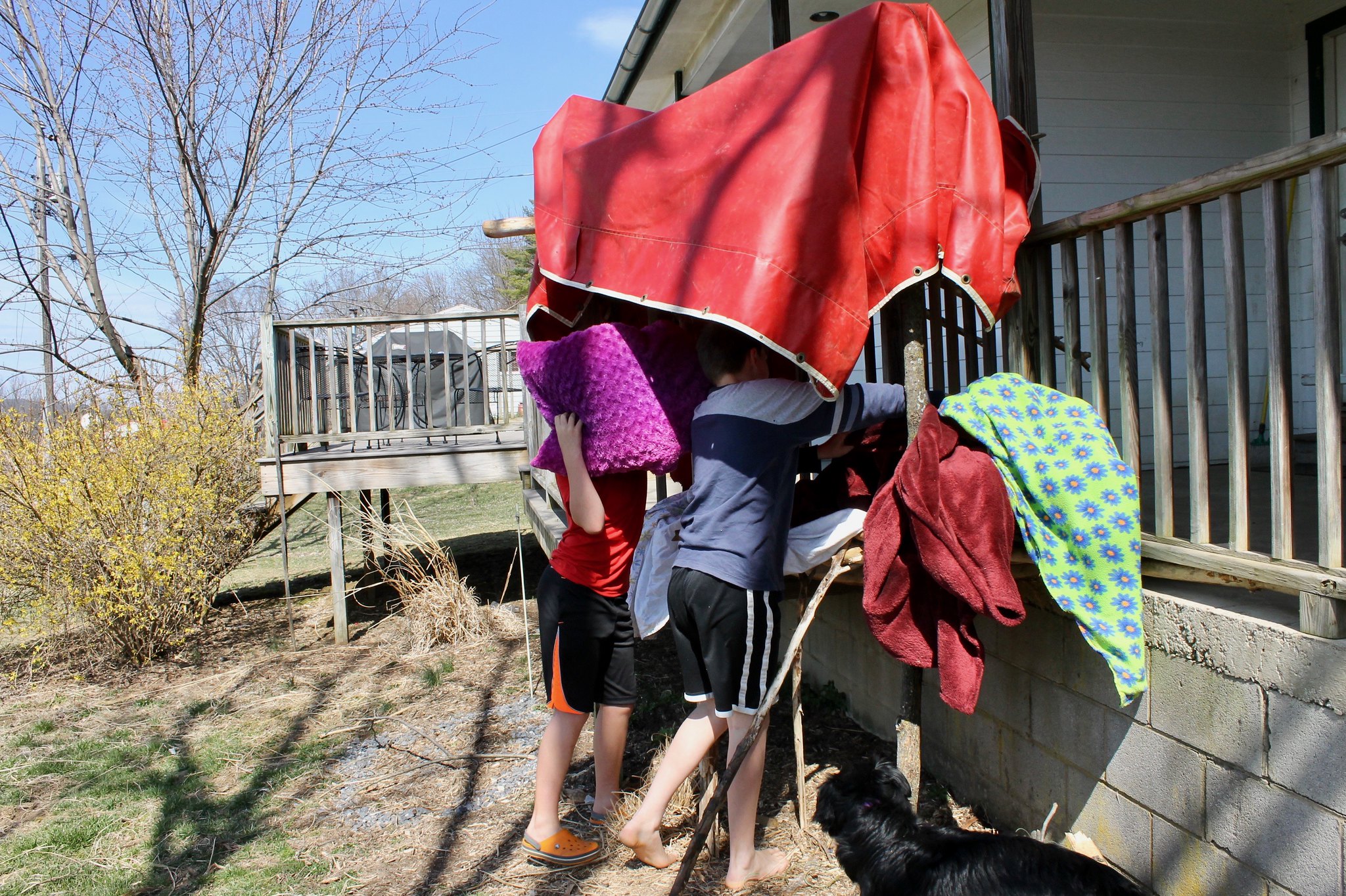 Now the red tarp is gone, but the structure still accosts me every time I step outside. 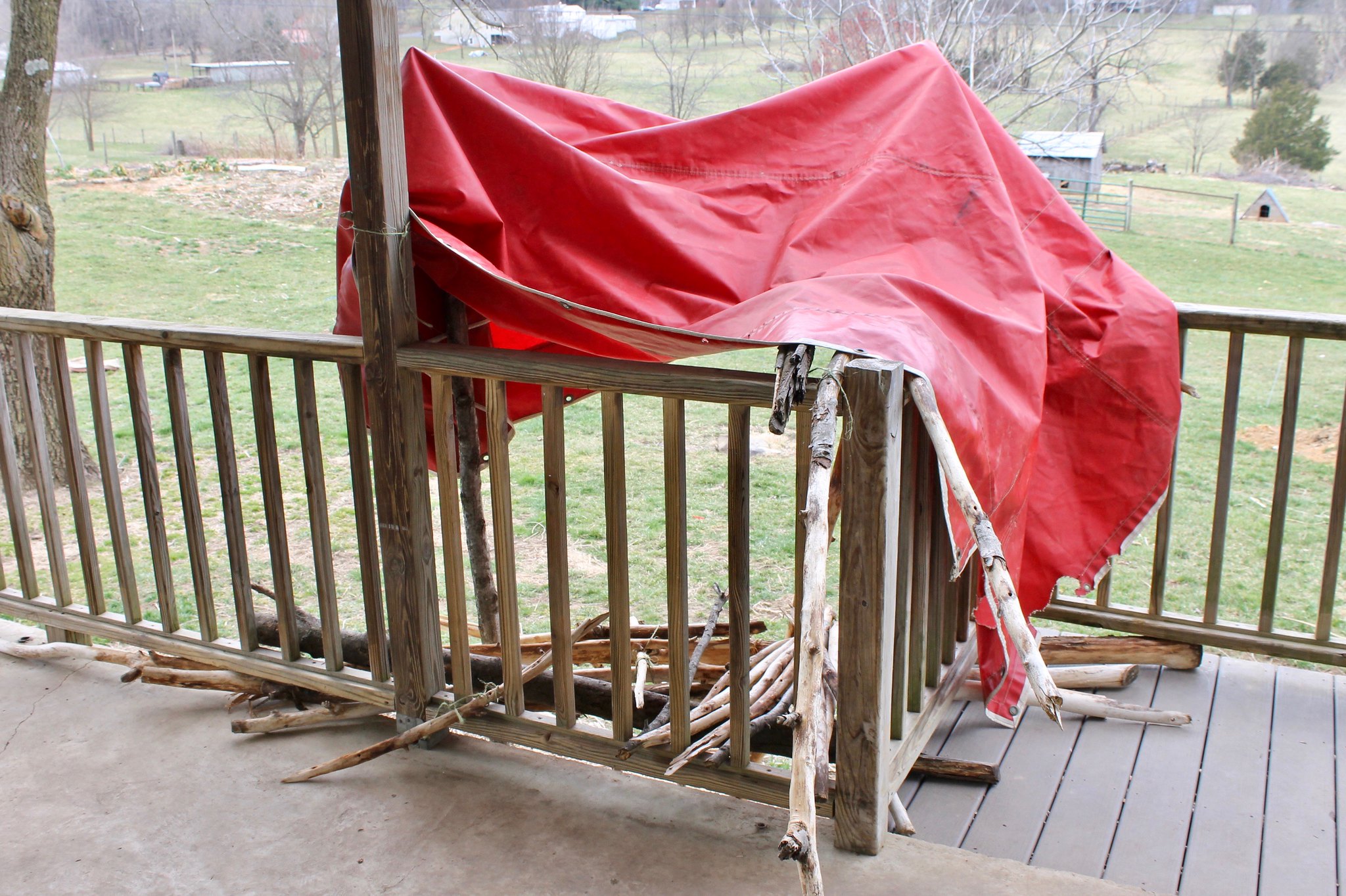