For quite awhile, I knew I wanted my girls to take some sort of self-defense class. Last fall, I called a couple martial arts studios, but they only had regular, longer-term martial arts classes. I wanted something quick — just several sessions covering the basic skills. Then this past winter, when I learned that the county parks and rec program hosted a women’s self-defense class — three evening sessions (Tuesday, Wednesday, Thursday, done) for free — I signed them right up. 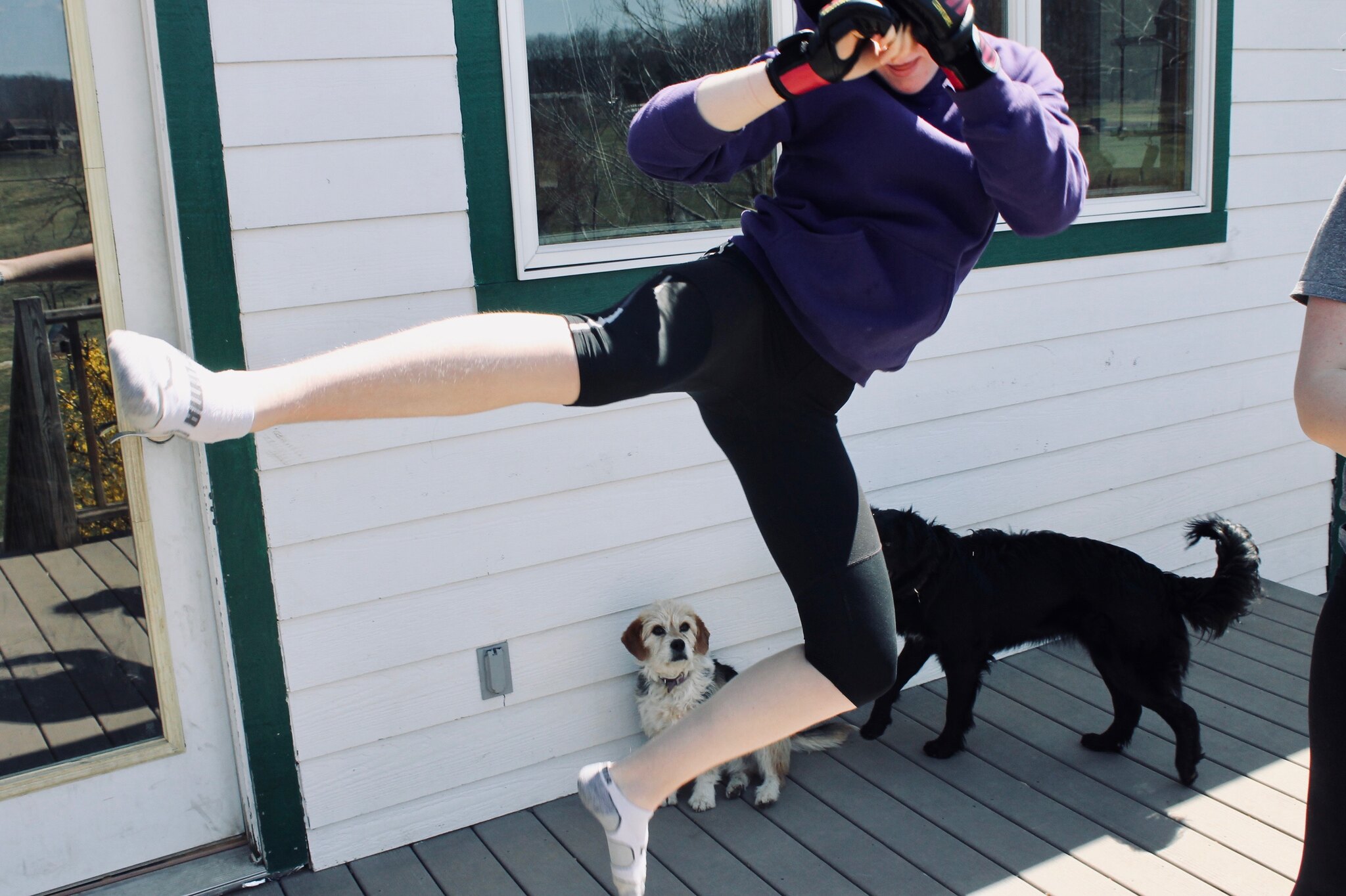 The girls loved it. After each class, they’d push back the furniture and demonstrate how to knock a gun out of someone’s hand, or where certain pressure points are located (sending their father crumpling to the floor, much to their delight). The last class, they got to practice all their moves on a cop (who was fully swaddled in protective gear). I saw the videos of them lighting into him, screaming DON’T TOUCH ME. It was slightly unsettling — we are from a peace church tradition, after all — but it also felt deeply right. Girls need to know their power and strength, and that there are times when it’s absolutely okay not to be polite. 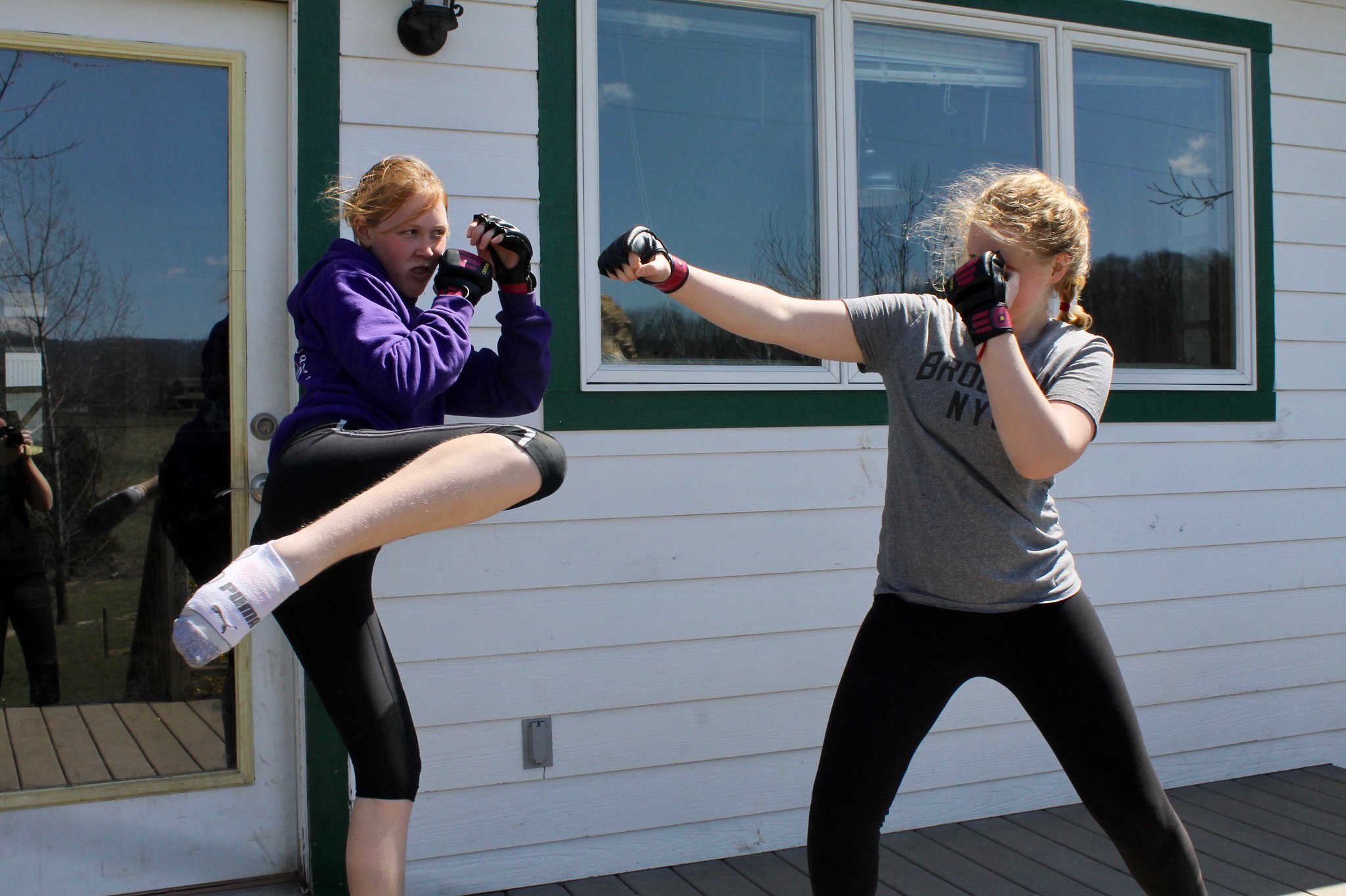 Ever since then, they’ve been begging for more classes, so I dug around some more and learned about a six-week kickboxing class at a studio on our end of town. For 120 dollars, a person can take up to five classes a week, and they get a pair of gloves thrown in, too. I agreed to pay fifty dollars for each, and the rest was up to them to cover. 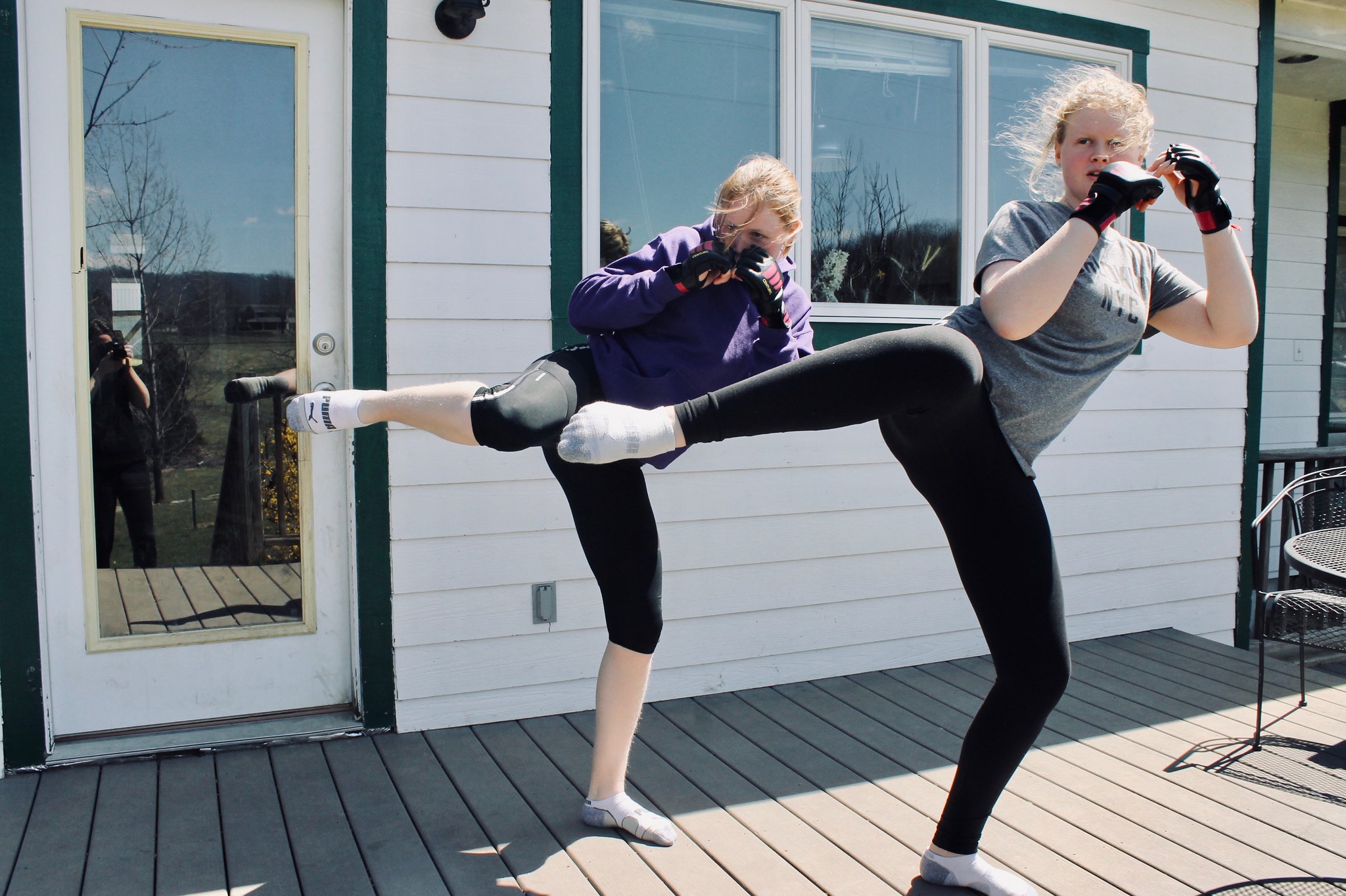 The first class was a trial one, just to see if they liked it. My older son went, too, even though his schedule doesn’t allow him to sign up right now. They all loved everything about it — the intense workout, the coaching, the music. 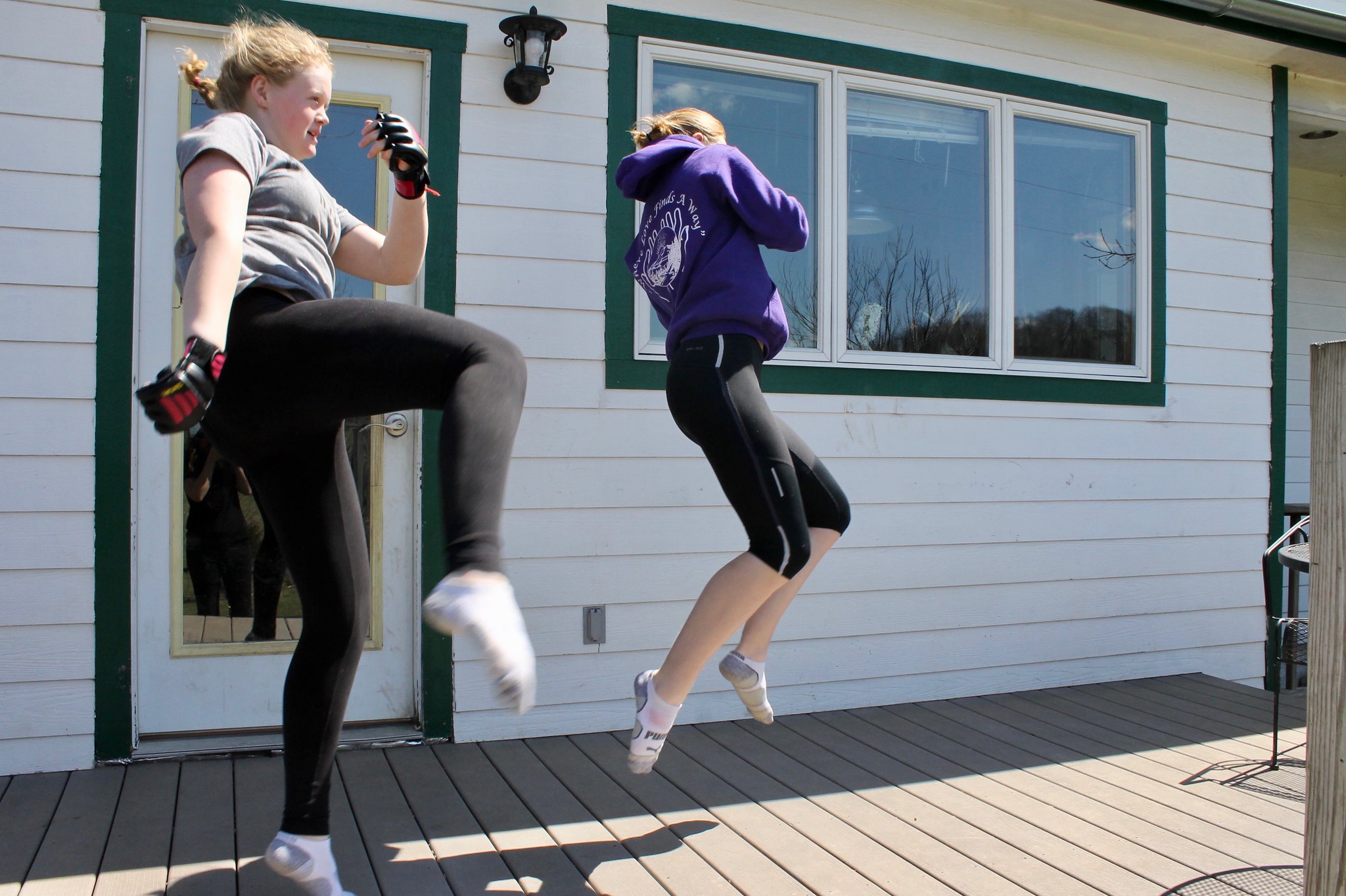 After her second class, my older daughter came bounding in, her eyes sparkling. “My feet are bleeding!” she announced. “And I felt like I was going to throw up!” 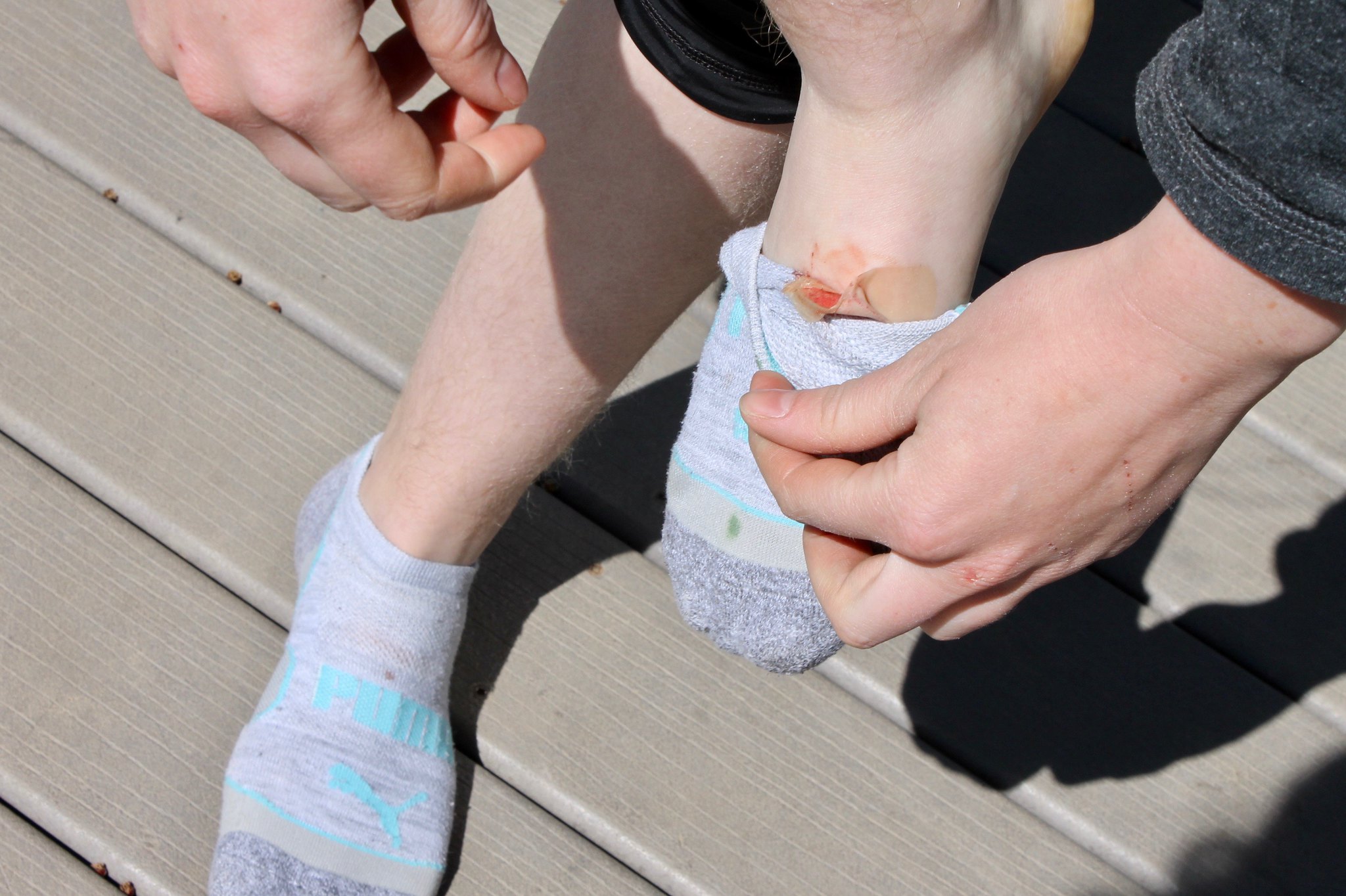 Sure enough, blood was soaking through her socks, and her hands were all battered.

Since then, she’s taken to wrapping her feet prior to lessons (and bandaiding her hands). 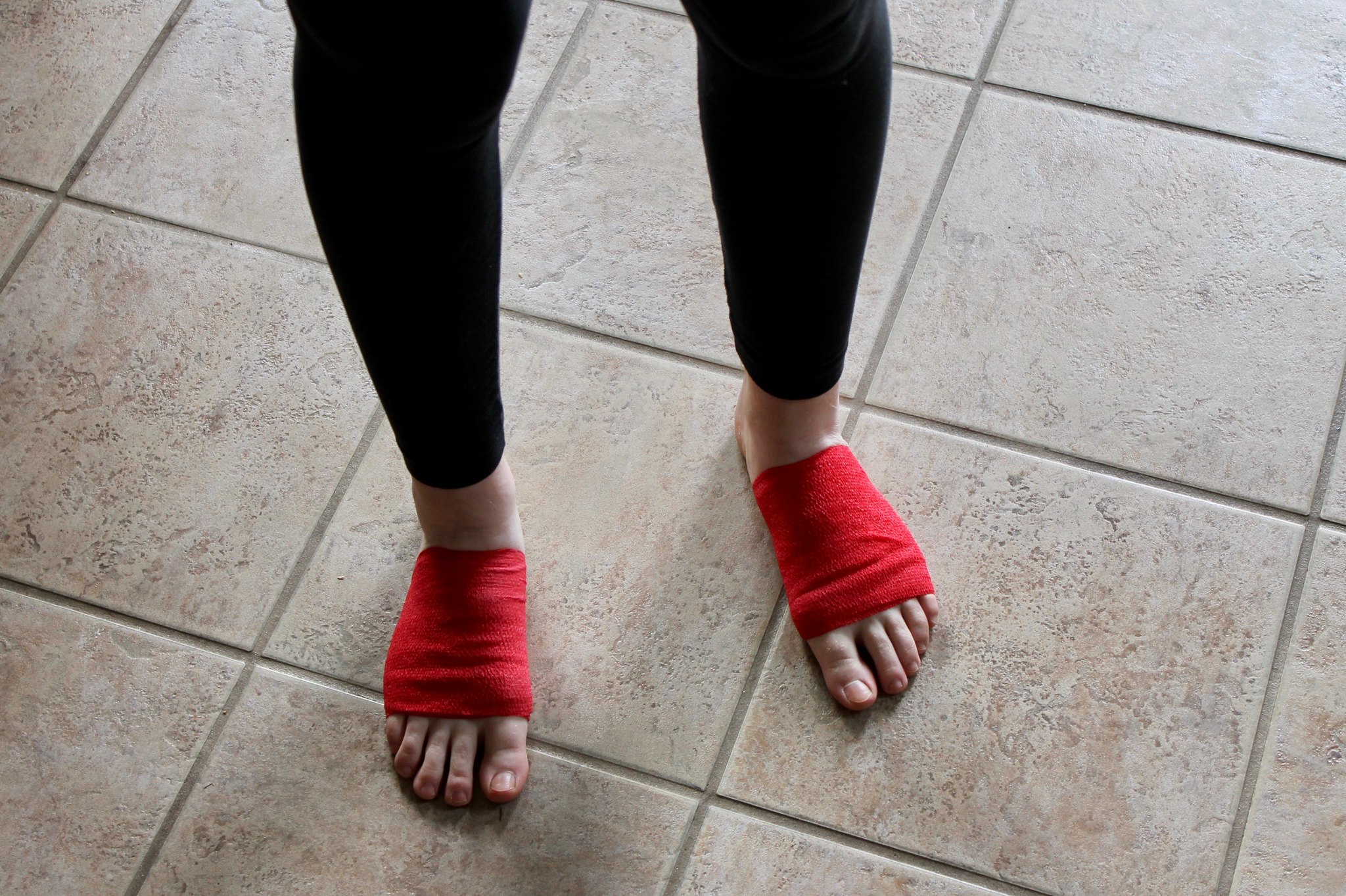 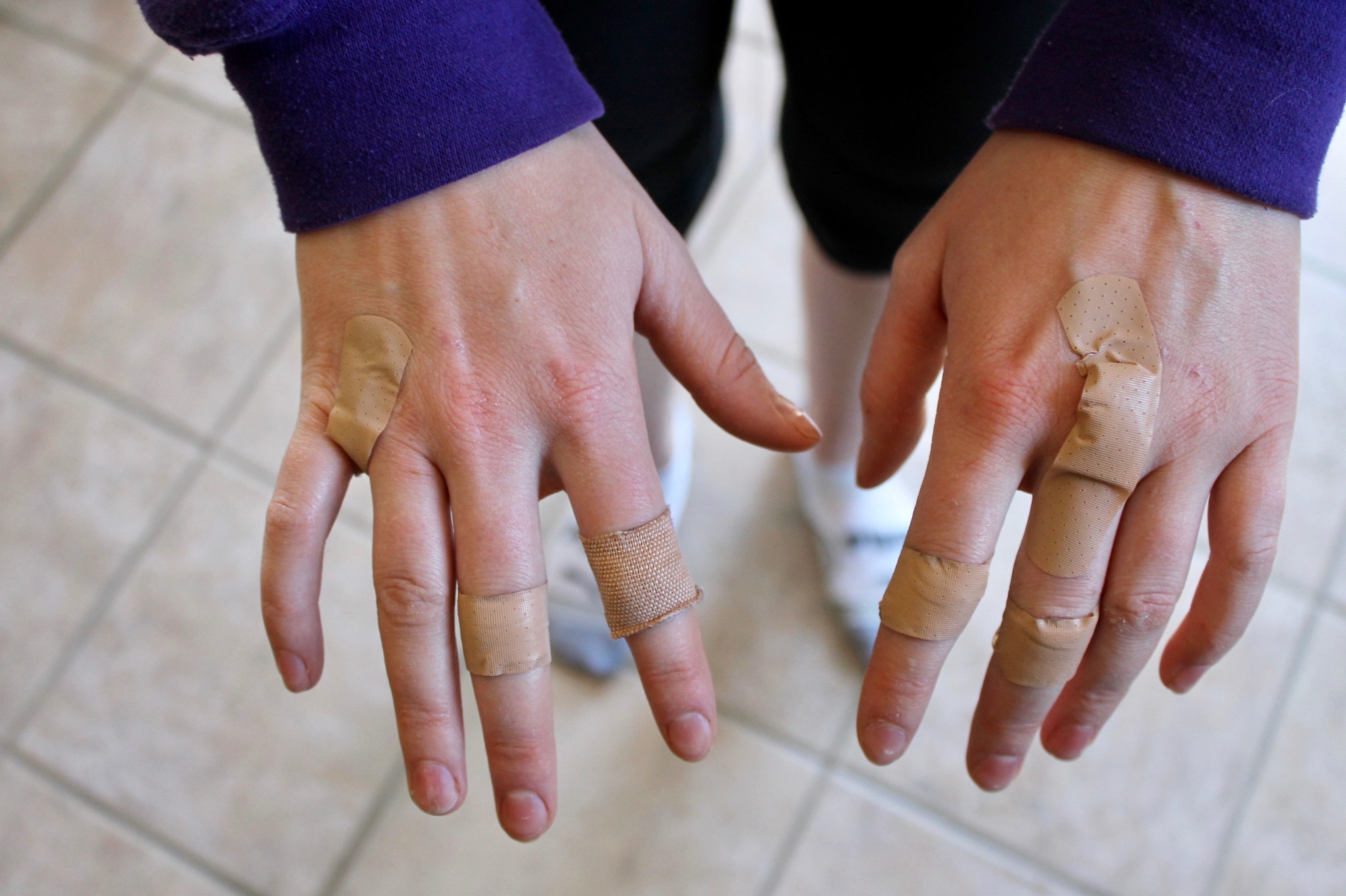 So, no more bloody socks.

To wring as much value as possible from their investment, both girls are trying to catch as many classes as they can. They come home exhausted, sore from their push-ups, two-minute planks, squats, and punching bag and paddle work, and absolutely glowing. 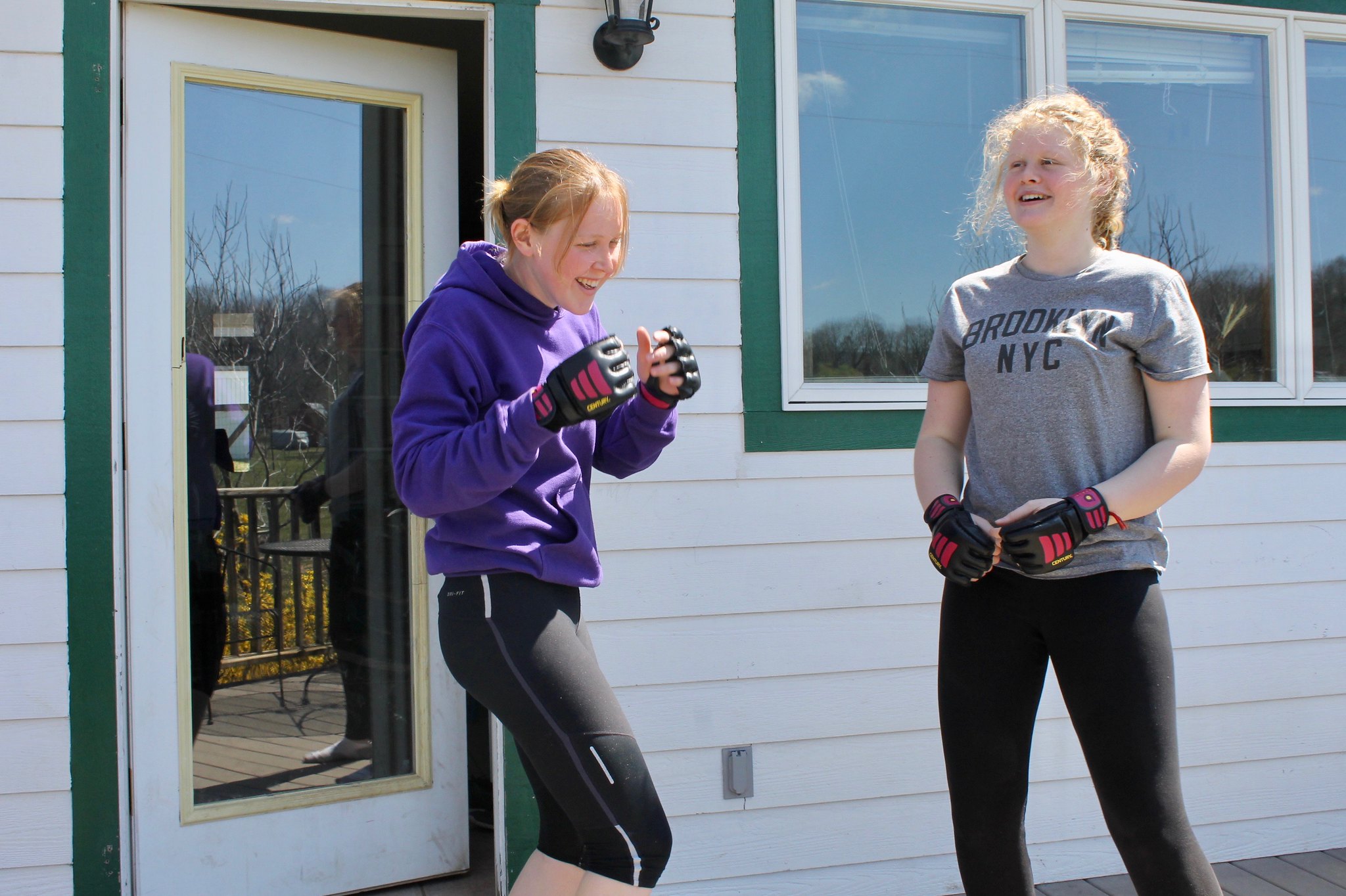 Who knew getting your butt whupped would be so much fun?