Popping in to tell you about a slaw! It has fish sauce in it, so I call it “Asian Slaw.” Blogger Luisa just calls it “Perfect Slaw.” You can call it whatever you like. 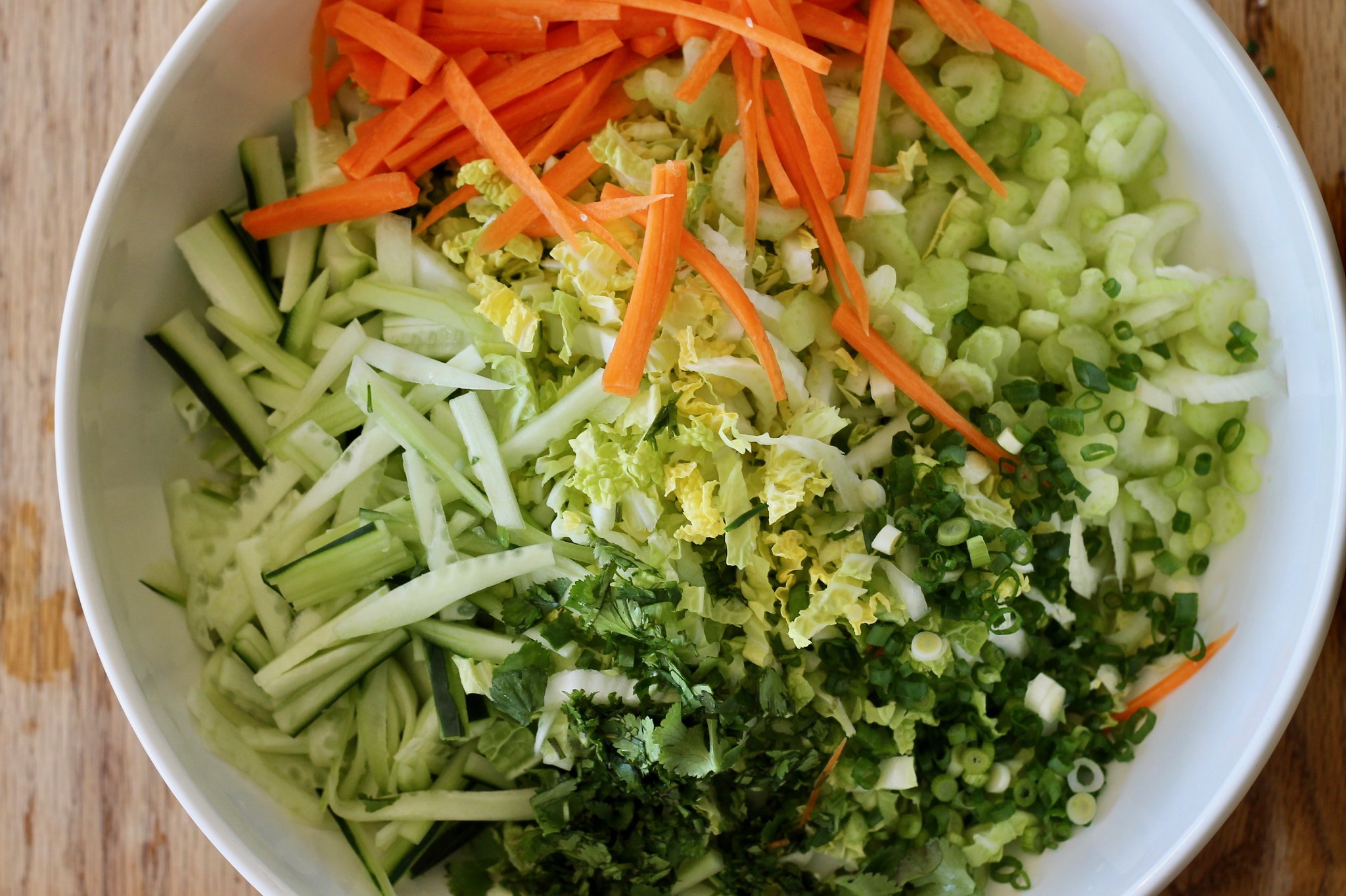 The important thing to know is that it’s light and bright with a delightfully rich tang and a fabulous crunch. I’ve thrown it together twice now. It’s therapeutic to make — there’s something energizing about chopping great mountains of green vegetables — and utterly satisfying to eat. It was a revelation served alongside Korean beef, but I also liked it all on its own — just me and a fork and heaping platefuls of slaw. 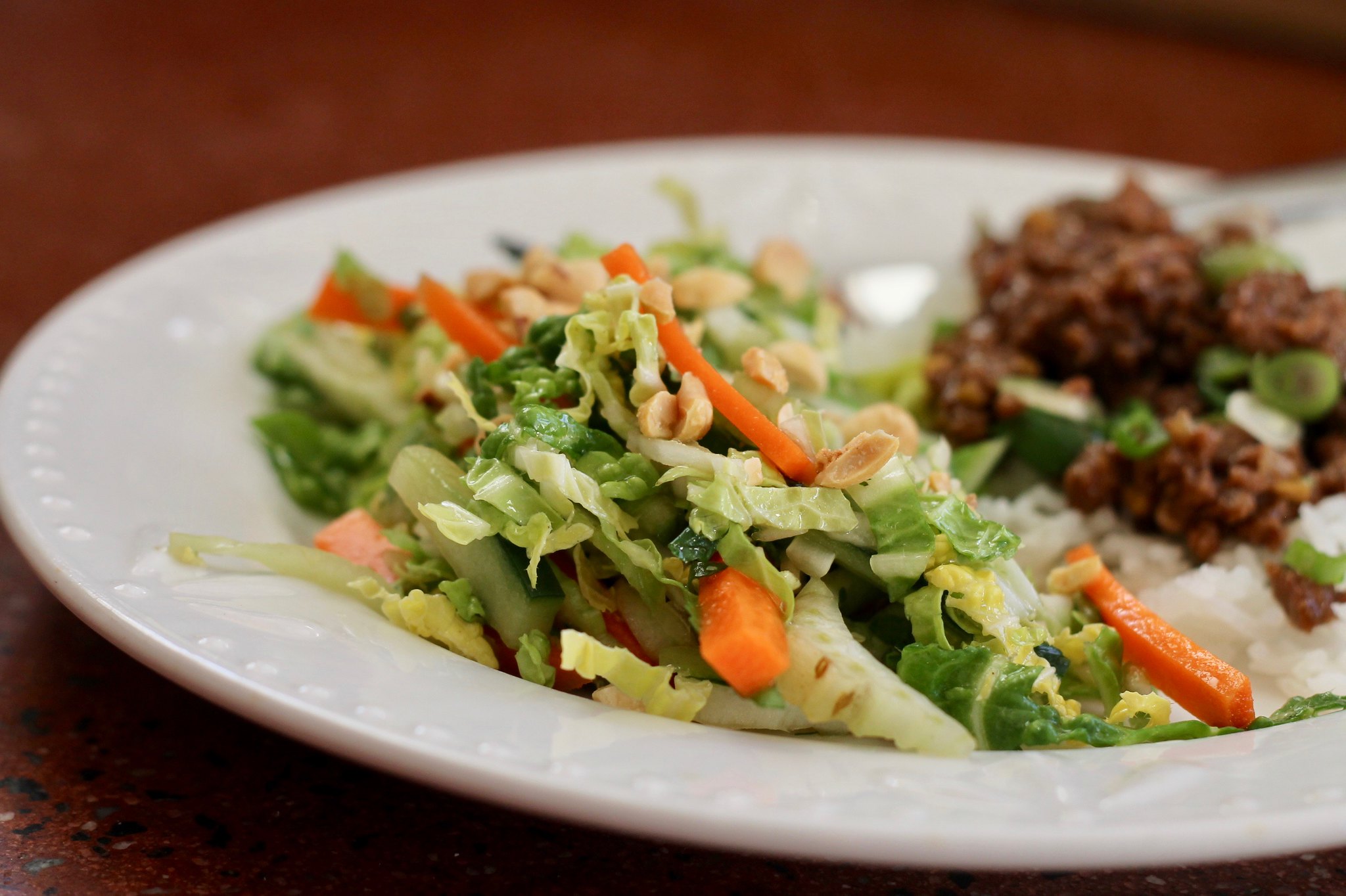 Asian Slaw
Adapted from Luisa of The Wednesday Chef.

The second time I made this slaw, I discovered I didn’t have any rice wine vinegar so I used apple cider vinegar instead. It was fine, but I prefered the slaw made with the rice wine vinegar.

Combine all the vegetables (but not the peanuts) in a large bowl. In a small bowl, whisk together the dressing ingredients, pour over the slaw, and toss lightly to combine. Sprinkle the peanuts on top. Devour.