I rallied in time for our trip to Pennsylvania for our Annual Baer Family Reunion. Our family went up a day early — we wanted to visit my grandparents before heading to our host home — so I was relieved to be feeling so much better. I sure didn’t want to be guilty of contaminating the elderly.

But then on the trip up, my older daughter came down with a fever.

So much for good intentions. 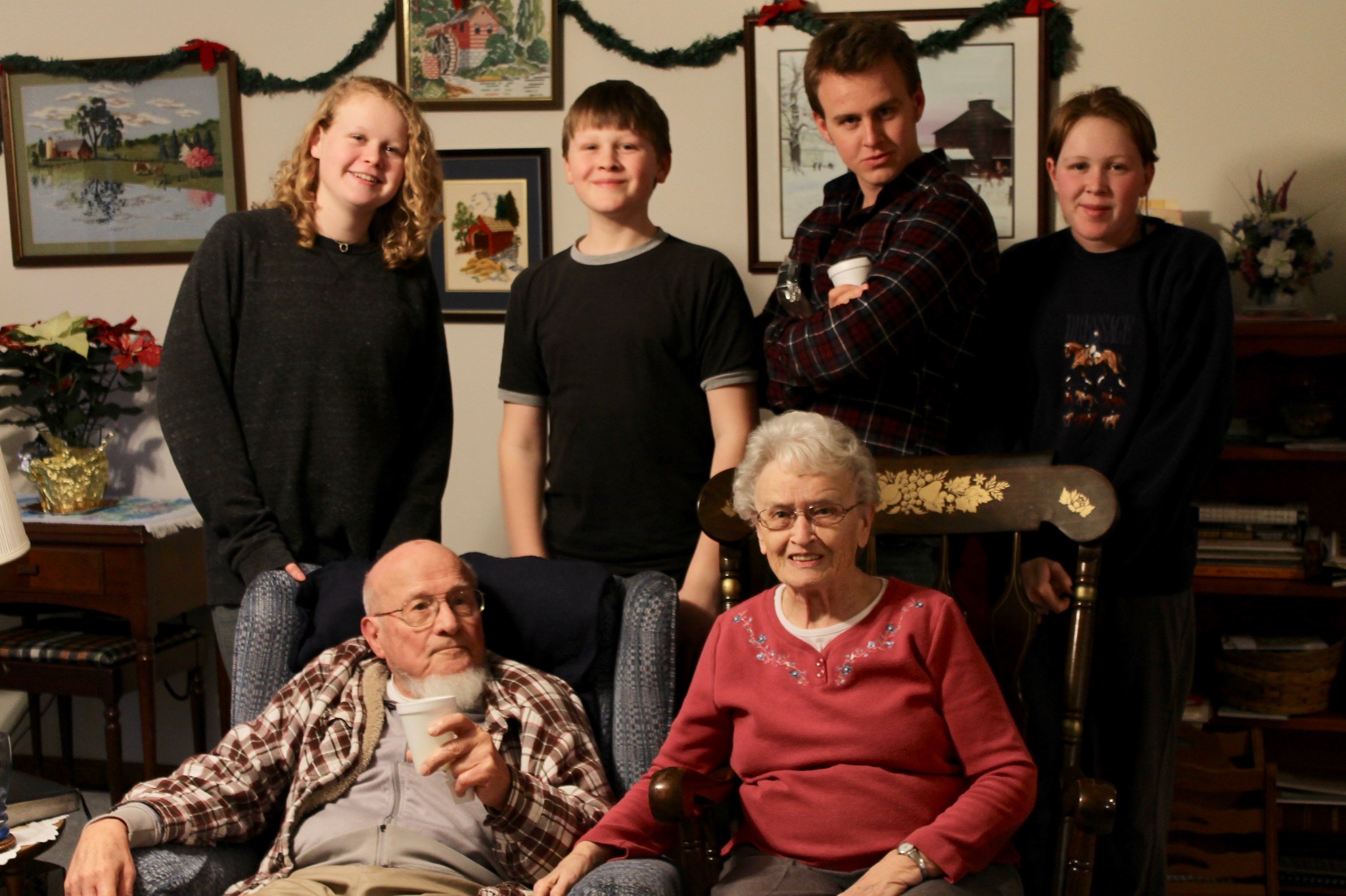 See? Too sick to even smile straight.

Then that night, just when I thought I was home free, I developed a cough. Between my coughing and my husband’s hacking (he’d already been smitten), sleep was nearly impossible. 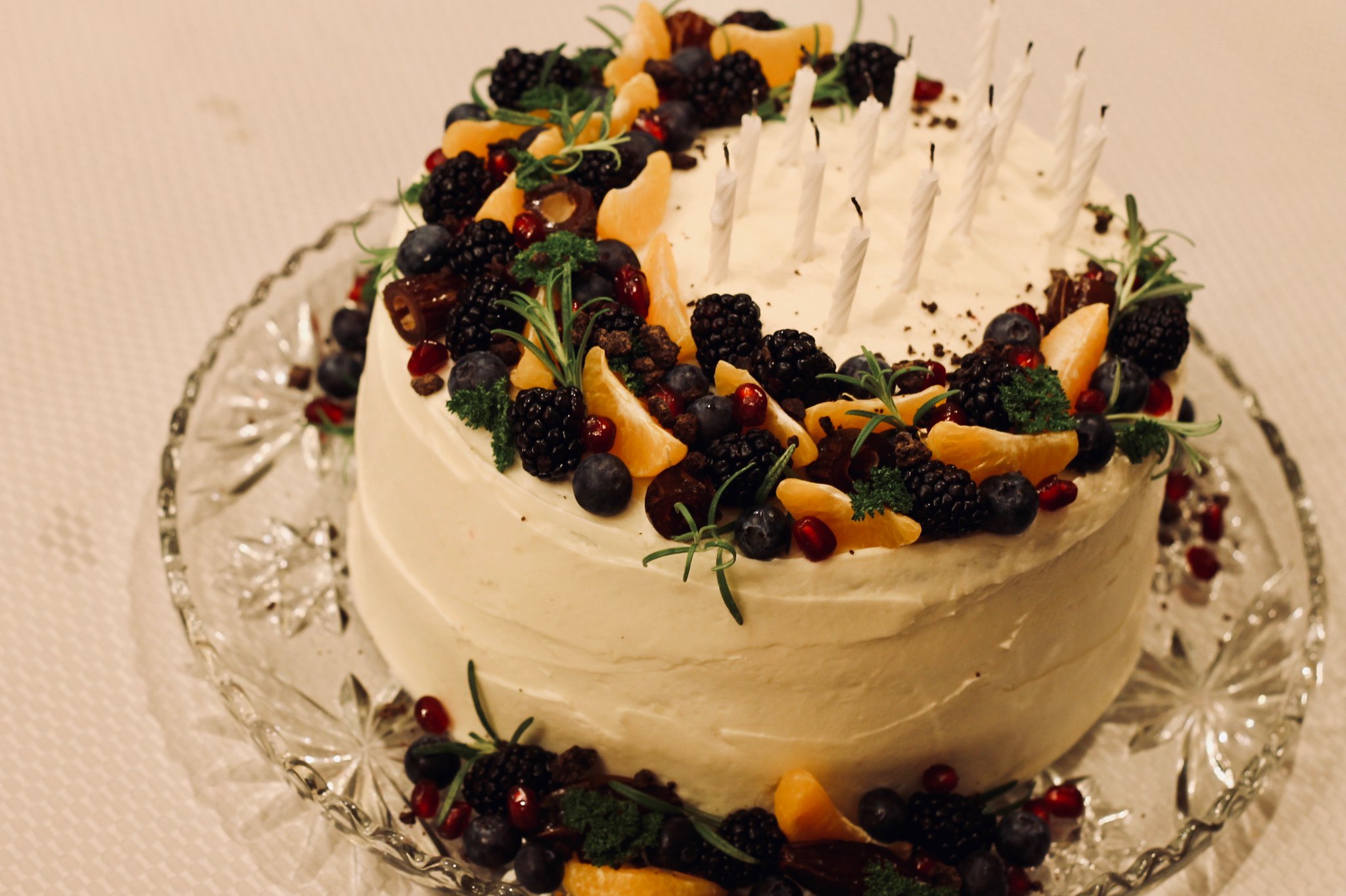 At our host home — my cousin-slash-girlfriend’s enormous old farmhouse that all my children
are deeply enchanted with — celebrating her oldest child’s thirteenth birthday.

Answer me this: Why is it that it’s exactly when one is ill, when the body most needs to sleep, that it can’t? It makes no sense!

Then halfway through the next day, smack-dab in the middle of our noonday reunion feast, I lost my voice. 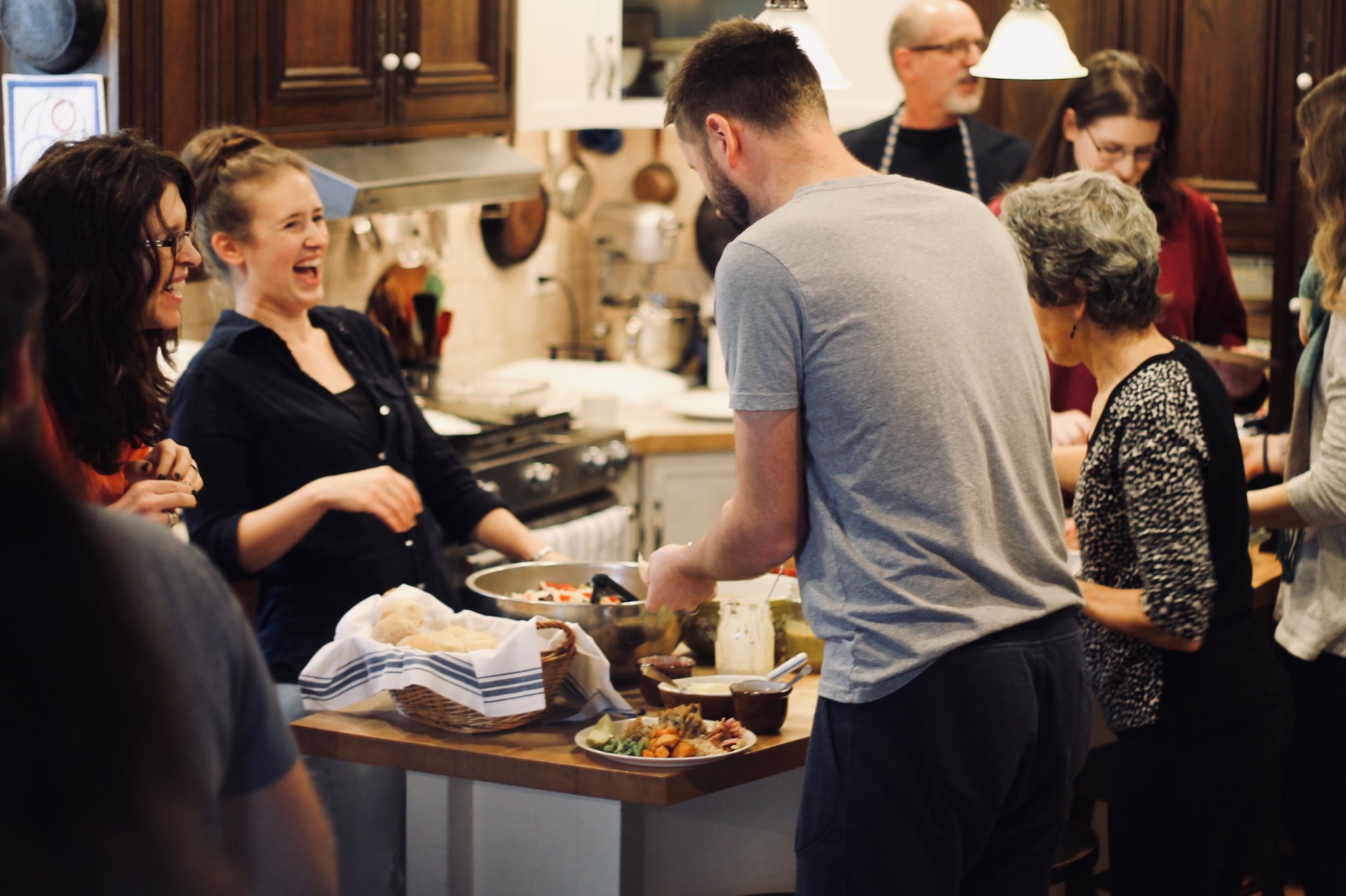 I felt fine, but there I was, stuck in a crowd of people unable to ask questions and respond — an extrovert’s version of hell. Whenever I did try to speak, it was like I’d created a black hole: everyone stopped talking while straining to catch my whispered wisps of words. The first person to understand would triumphantly repeat what I’d said, and once again the room would be bubbling with chatter and noise.

Even with my ailments, the weekend was loads of fun.

There was the Baer Foot Race complete with lots of slipping, thanks to the buckets of rain they’d been having. 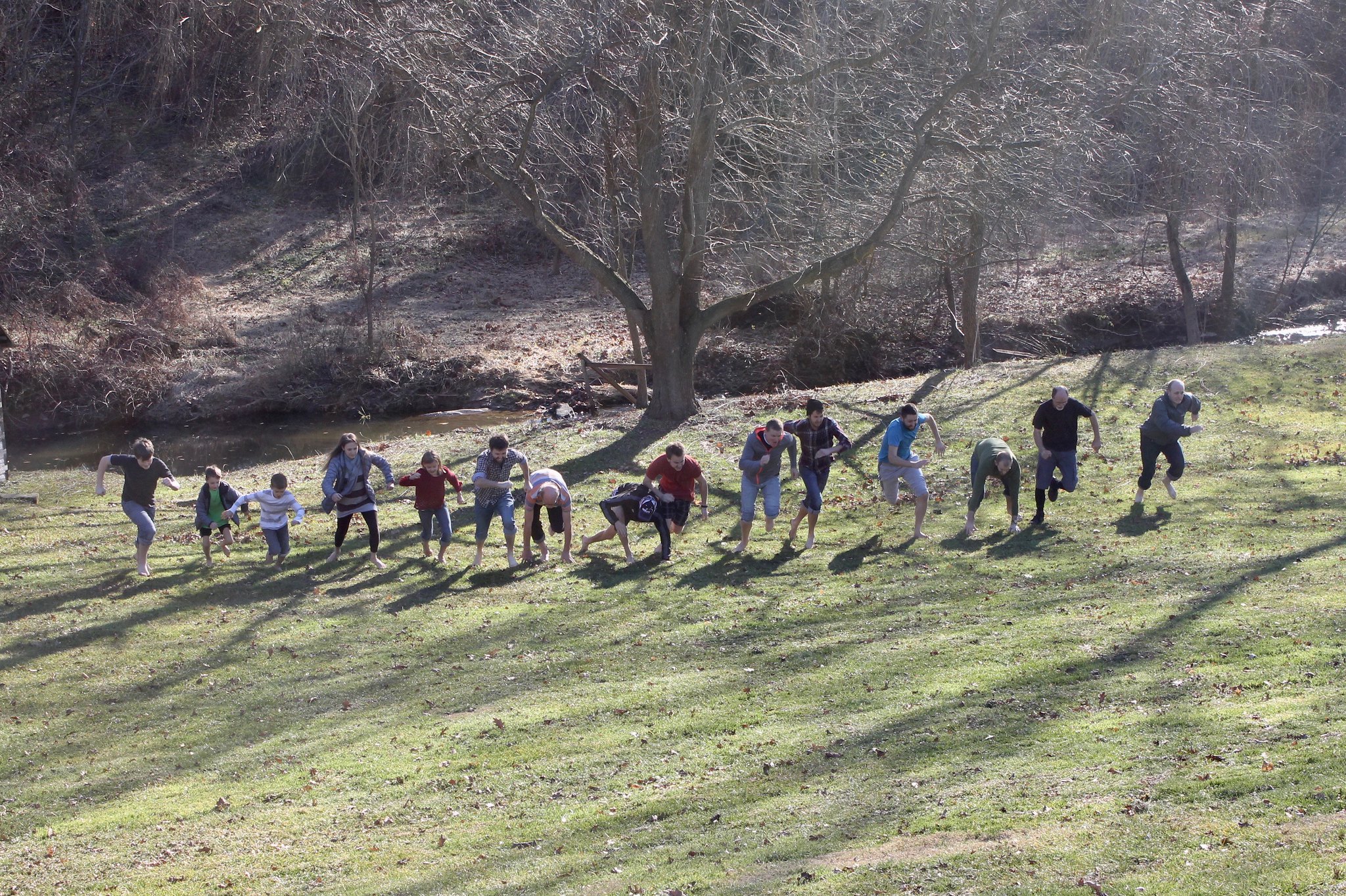 My odd child jumped in the creek again. 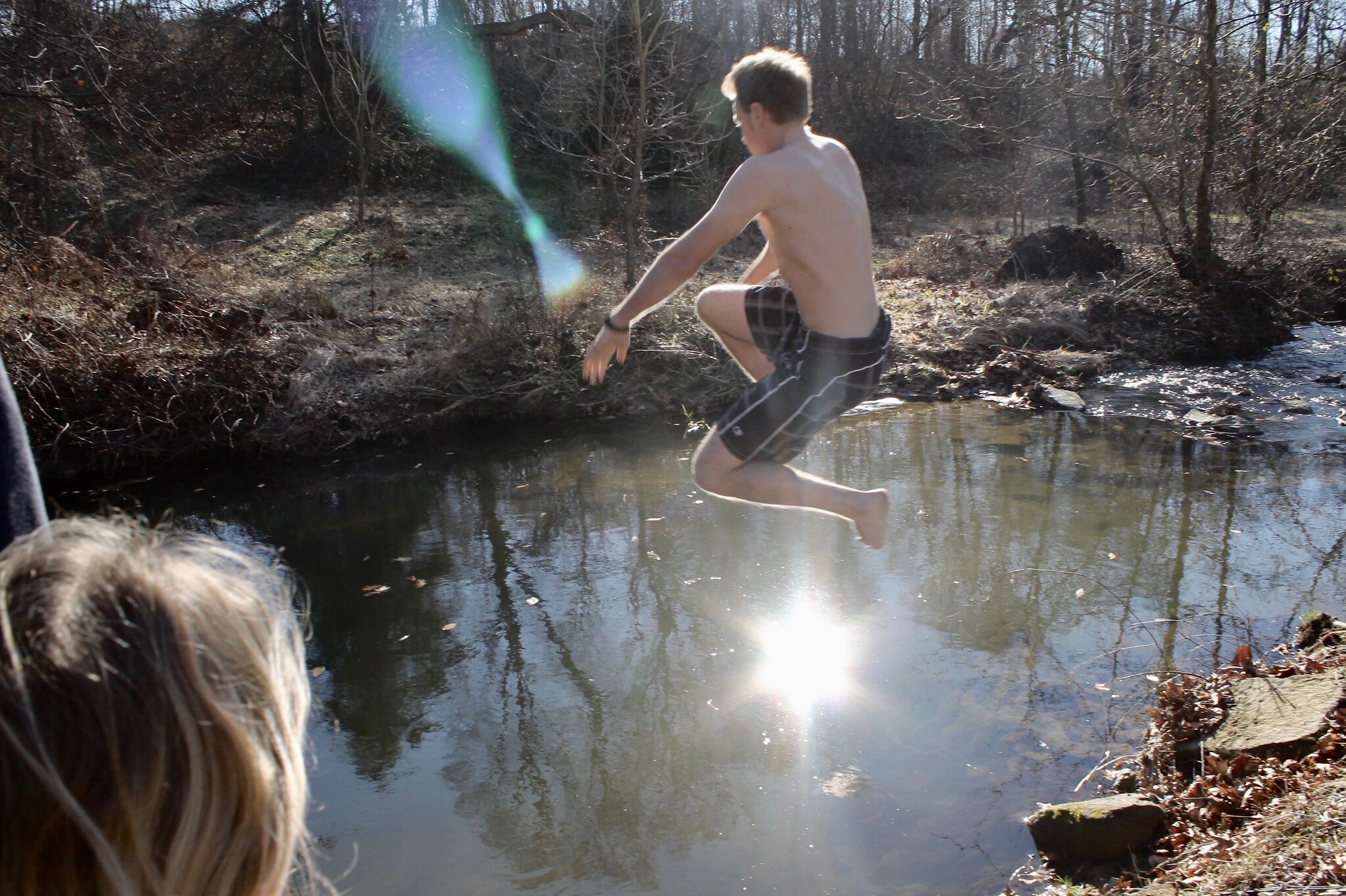 Without a thick layer of ice, it wasn’t nearly as dramatic, but he claims the water felt even colder than last year since the outside temps were warmer.

The food was tremendous, as usual: incredible sourdough bread (that I am trying to replicate), ham, cheeses and meats, pies, jams from Mavis, and so on. 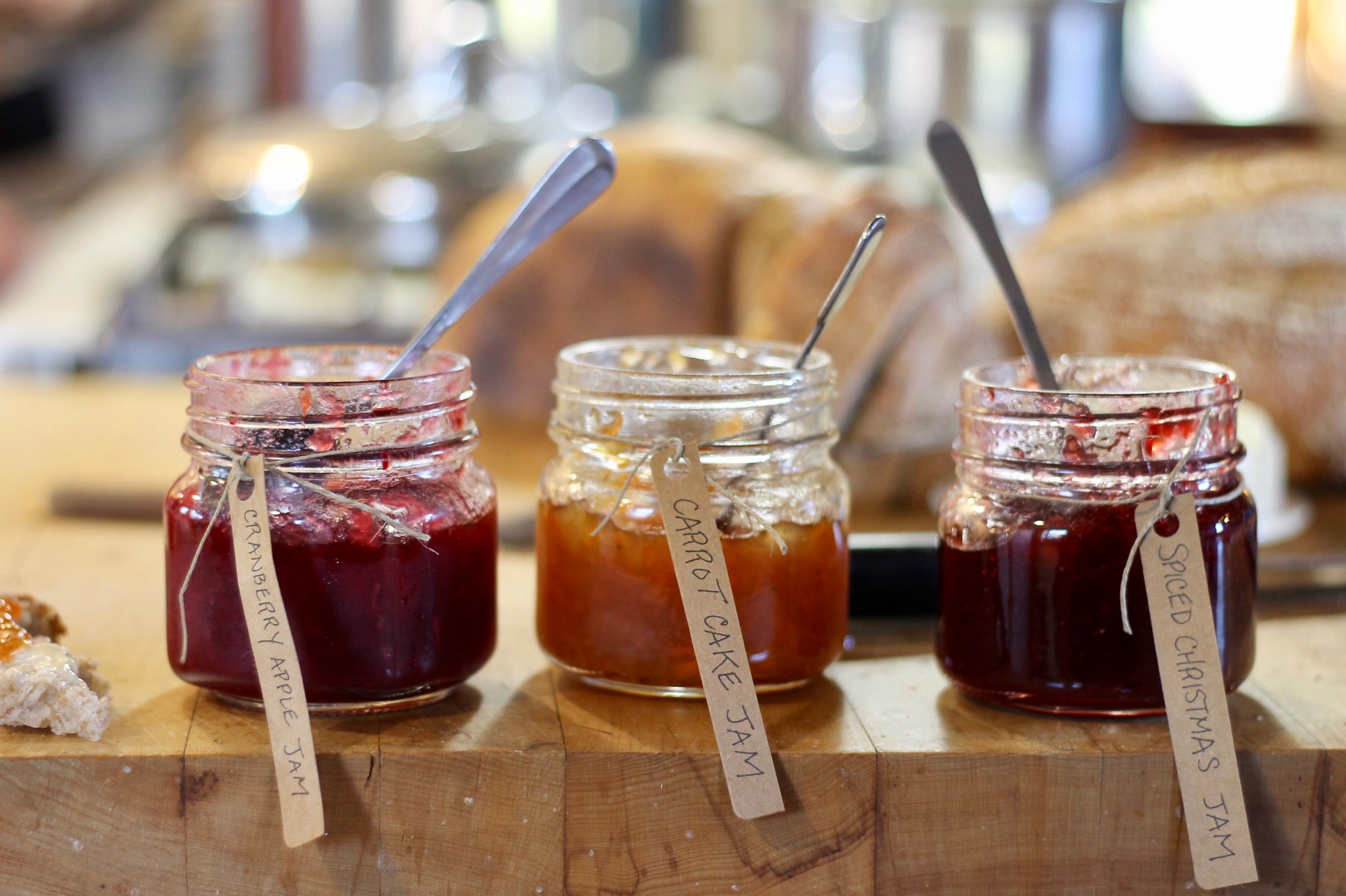 There were babies to hold… 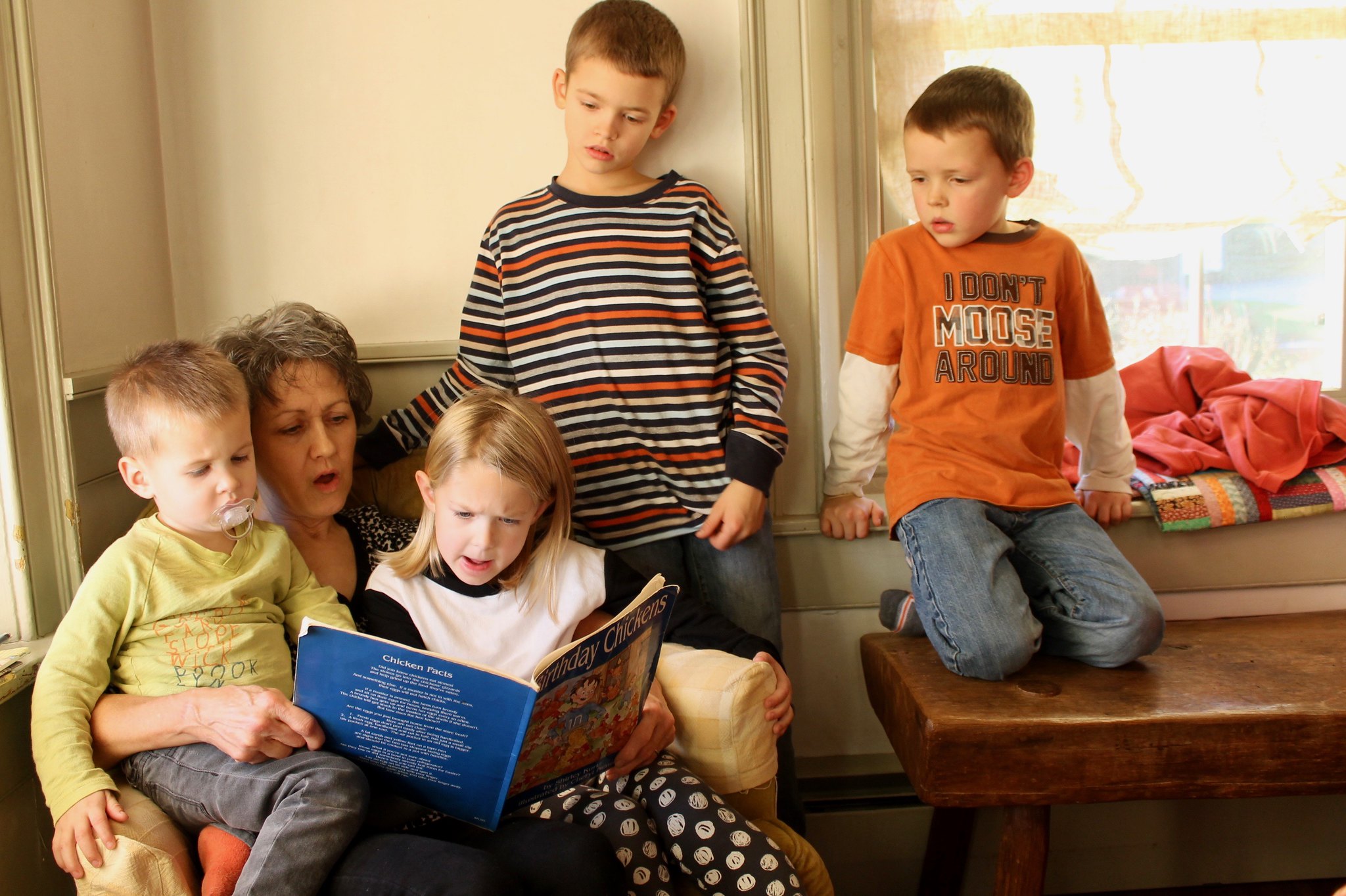 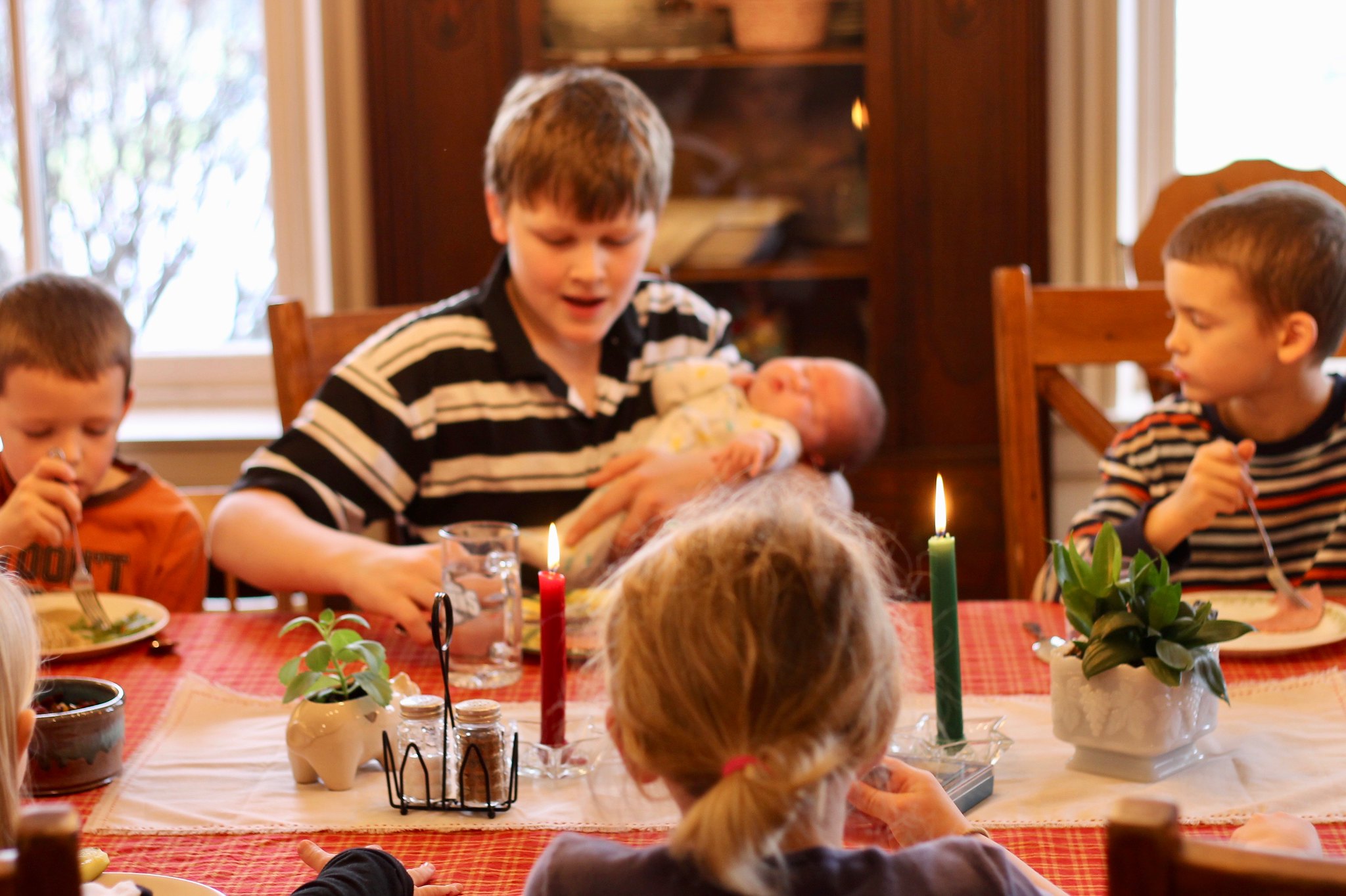 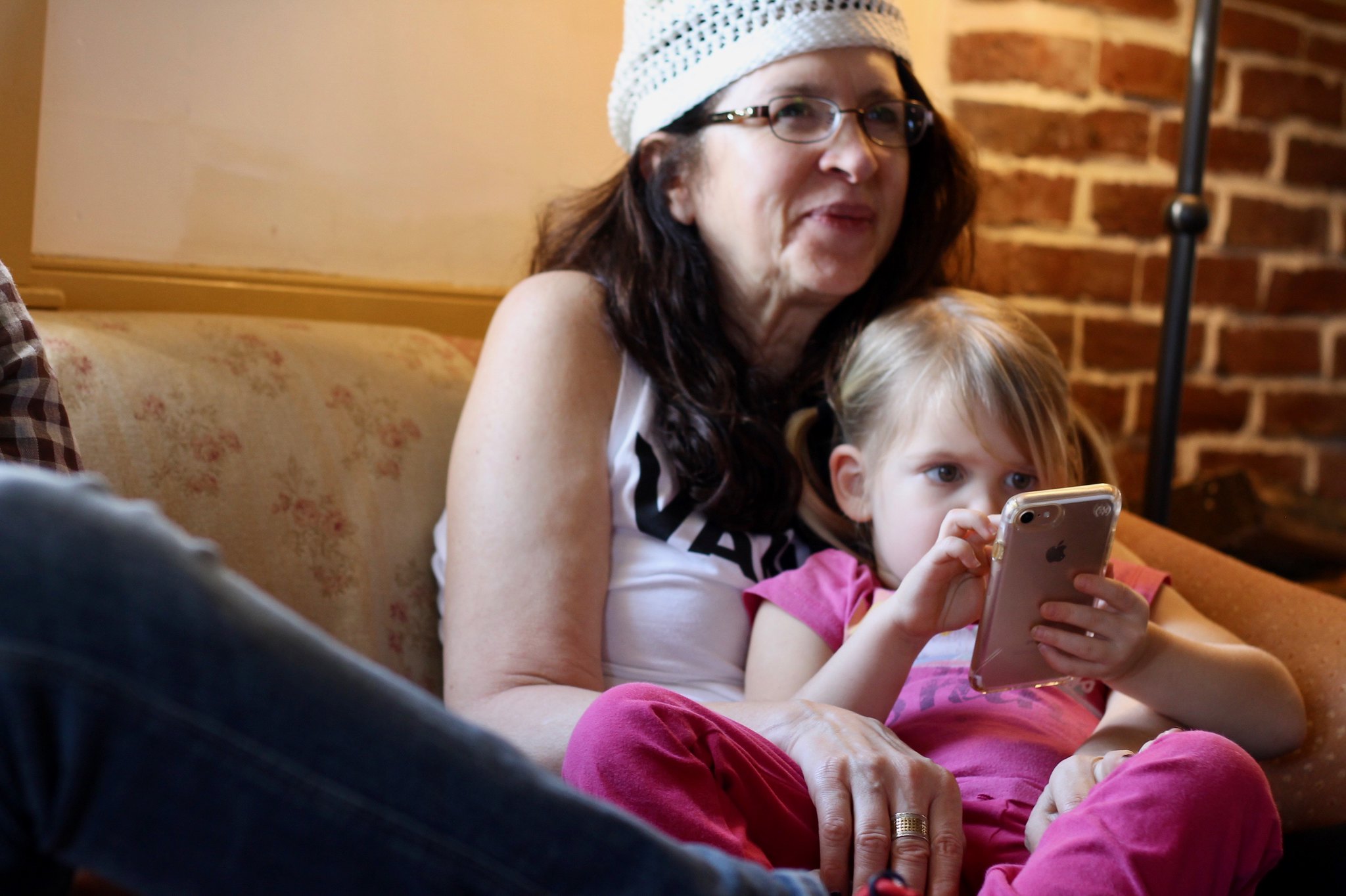 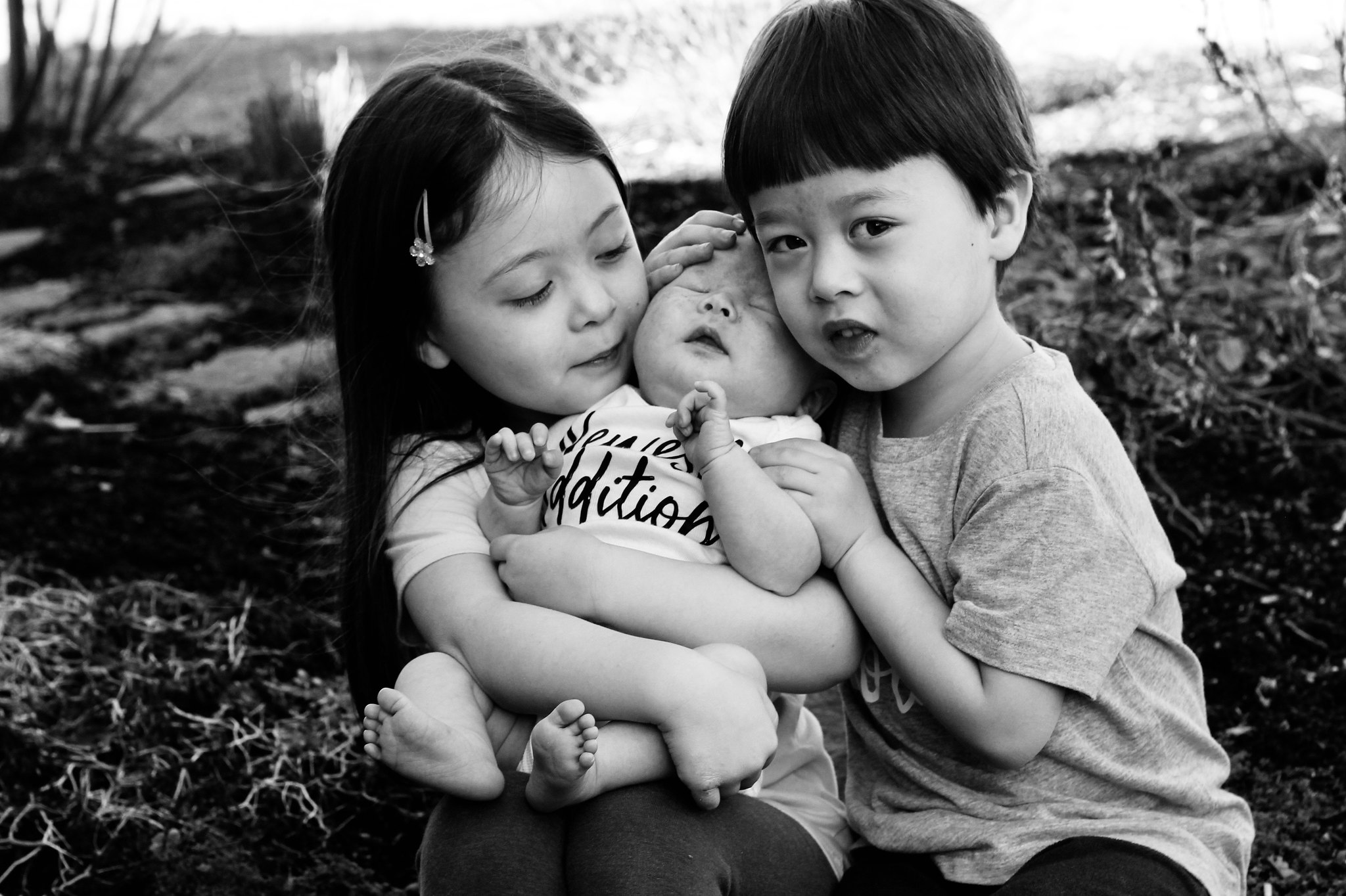 …and games to play… 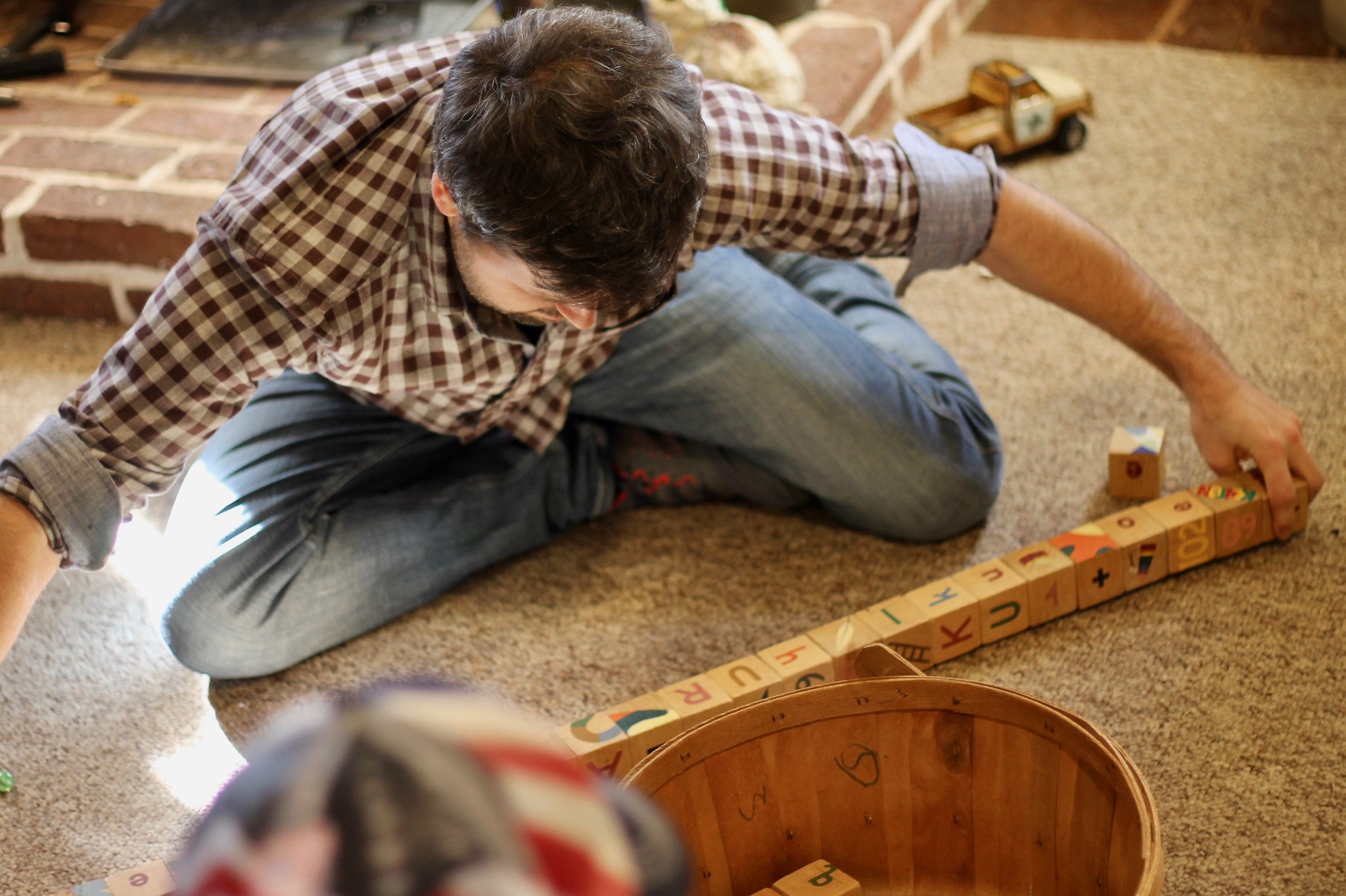 challenge: to see who can pick up the longest line of blocks 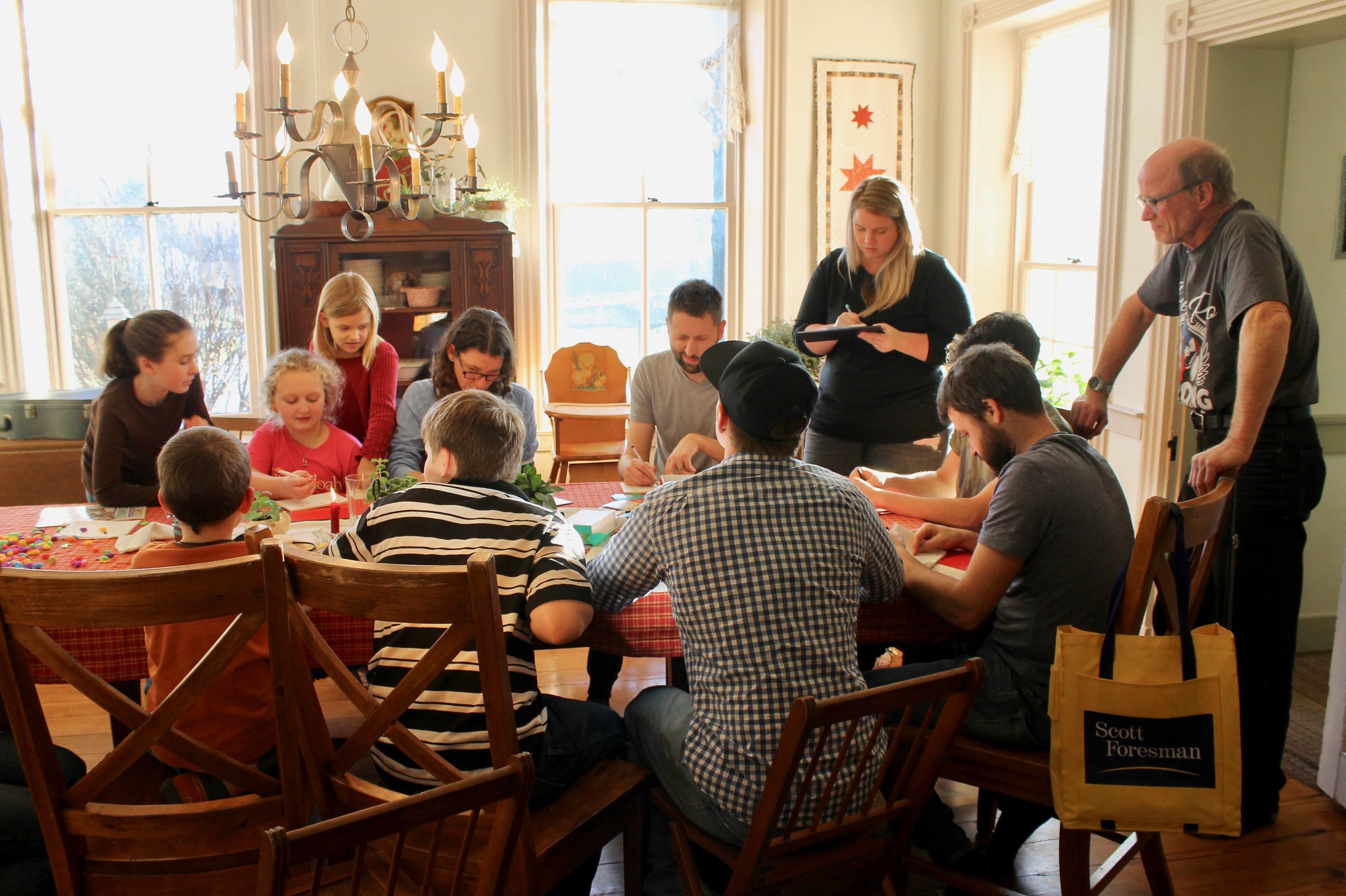 …and heights to measure… 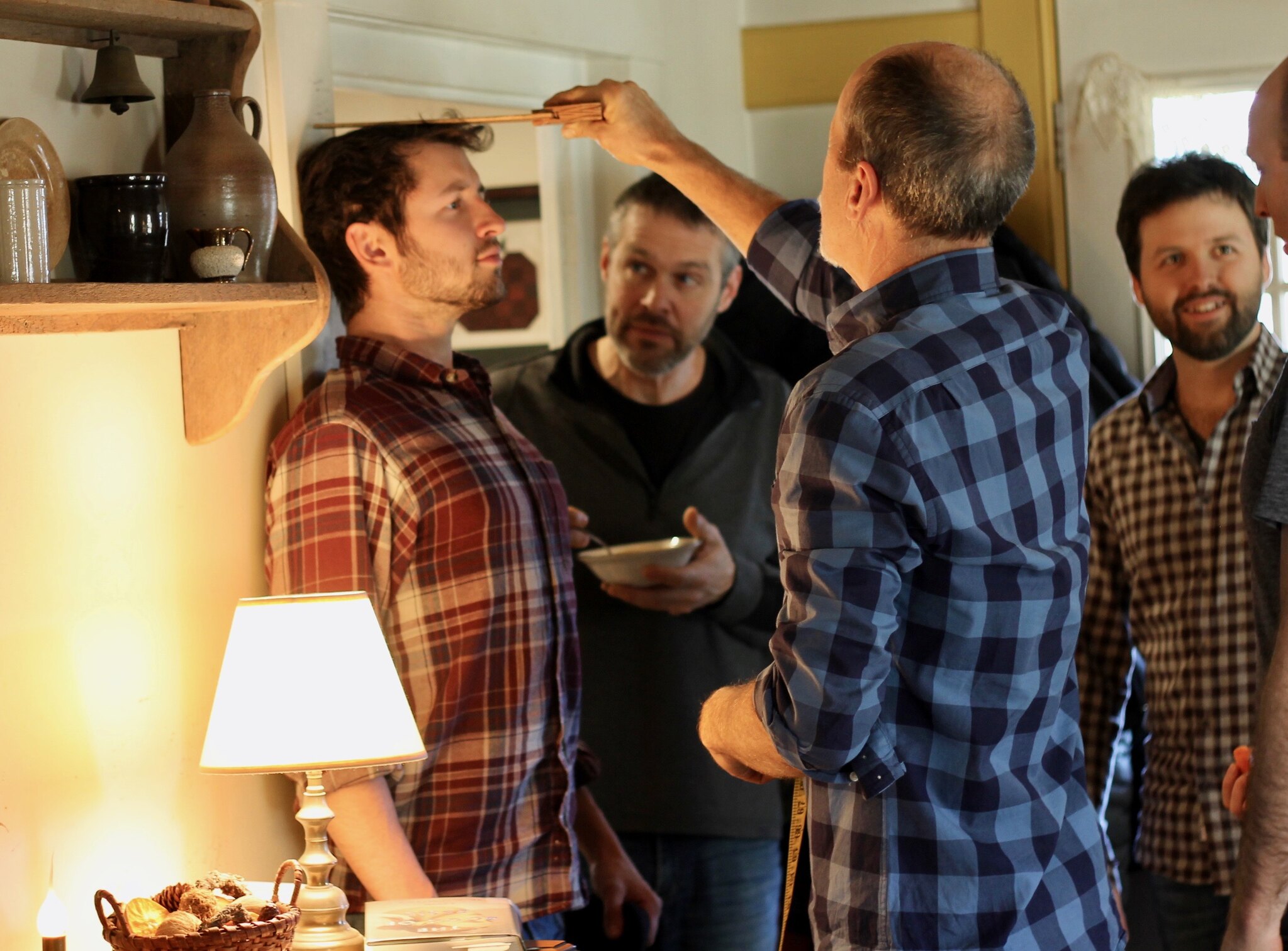 … and conversations to just listen to, gah.

And then we drove home, arriving just in time to unpack and get showers before our Puerto Rican friends arrived, kicking off a nine-day vacay. 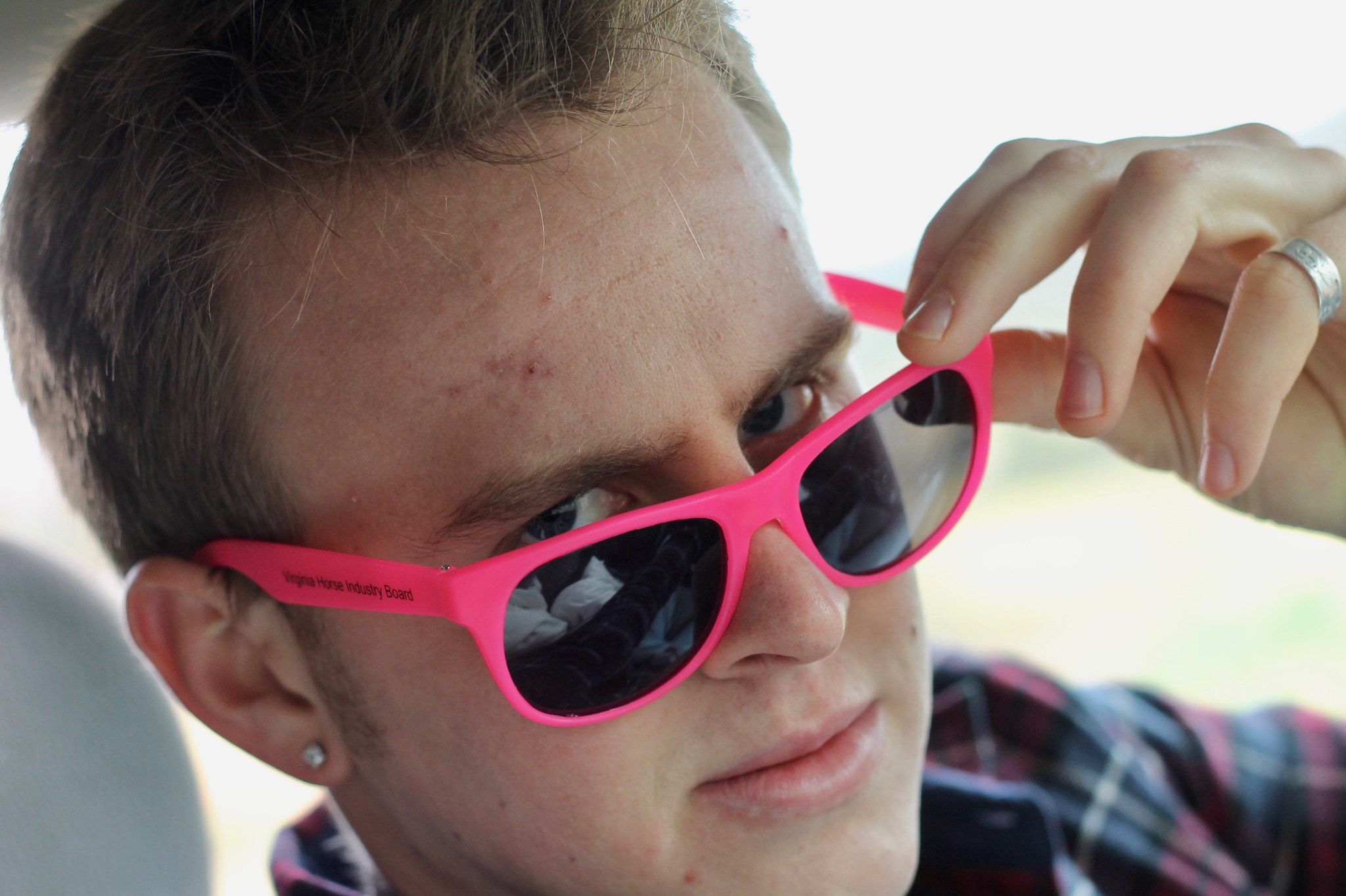 Our chauffeur for the entire weekend.
Now that he has contacts, he’s super excited to once again wear sunglasses.