I have a weakness for coffee cake. (I also have a weakness for fresh sourdough bread, pricey cheeses, and Swedish fish, but let’s stick with coffee cake for right now, okay?) I think it has something to do with the name: coffee cake. Coffee and cake, two of my favorite things in one title, win and win. Or maybe it’s the idea of a cake made specifically to eat with coffee? I don’t know, but whenever I spy a recipe for coffee cake, I have to read it. It’s a compulsion.

However, in spite of my abiding love and affection, coffee cakes are often (usually? always?) either a little too dry or a little too fluffy. Coffee cakes, according to moi, ought to be dense, heavy almost, and very, very moist. And even though coffee cakes are fashioned from a string of ordinary ingredients — butter, vanilla, cream — those ingredients are (verily, I say unto you!) some of the best things in the world, and their flavors ought to sing through loud and clear.

So anyway, the other week when cool weather struck, I got hit with the need for coffee cake. Or wait — maybe I got the idea for coffee cake when I deep-cleaned my pots-and-pans cupboard and discovered a handsome tube pan hanging out in the back corner? Ah well. Either way, a coffee cake craving was sparked.

Reading through recipes, I discovered an as-yet-untried coffee cake recipe in my hefty Cook’s Illustrated Cookbook. True to (their) form, the method seemed unnecessary complicated, but then I read this: 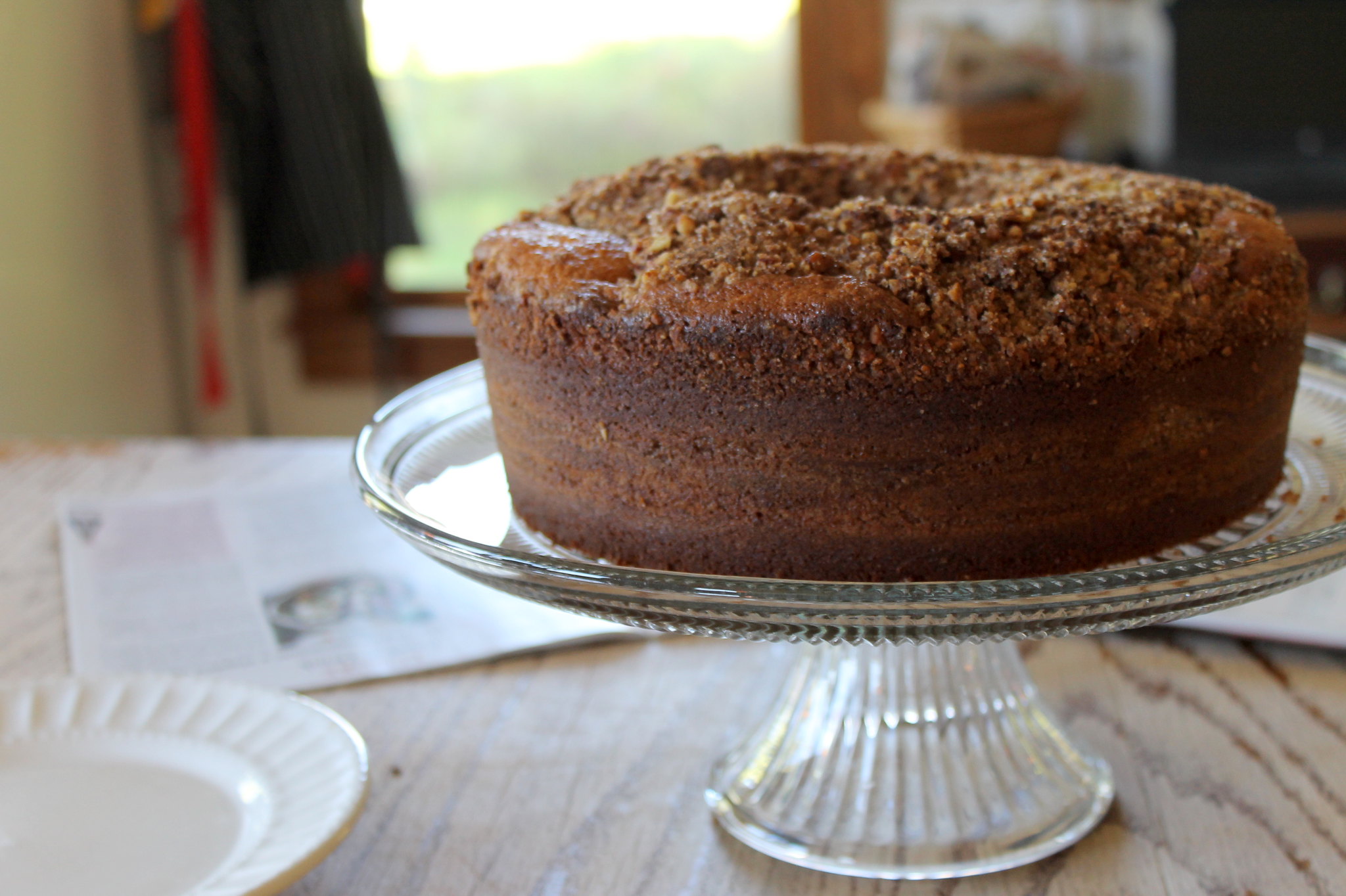 The cake was what I was after. Like, exactly. So dense, so rich, so flavorful! The only problems were 1) I trashed the kitchen in the process, and 2) the cinnamon sugar mixture partially sunk so the swirly effect got lost. 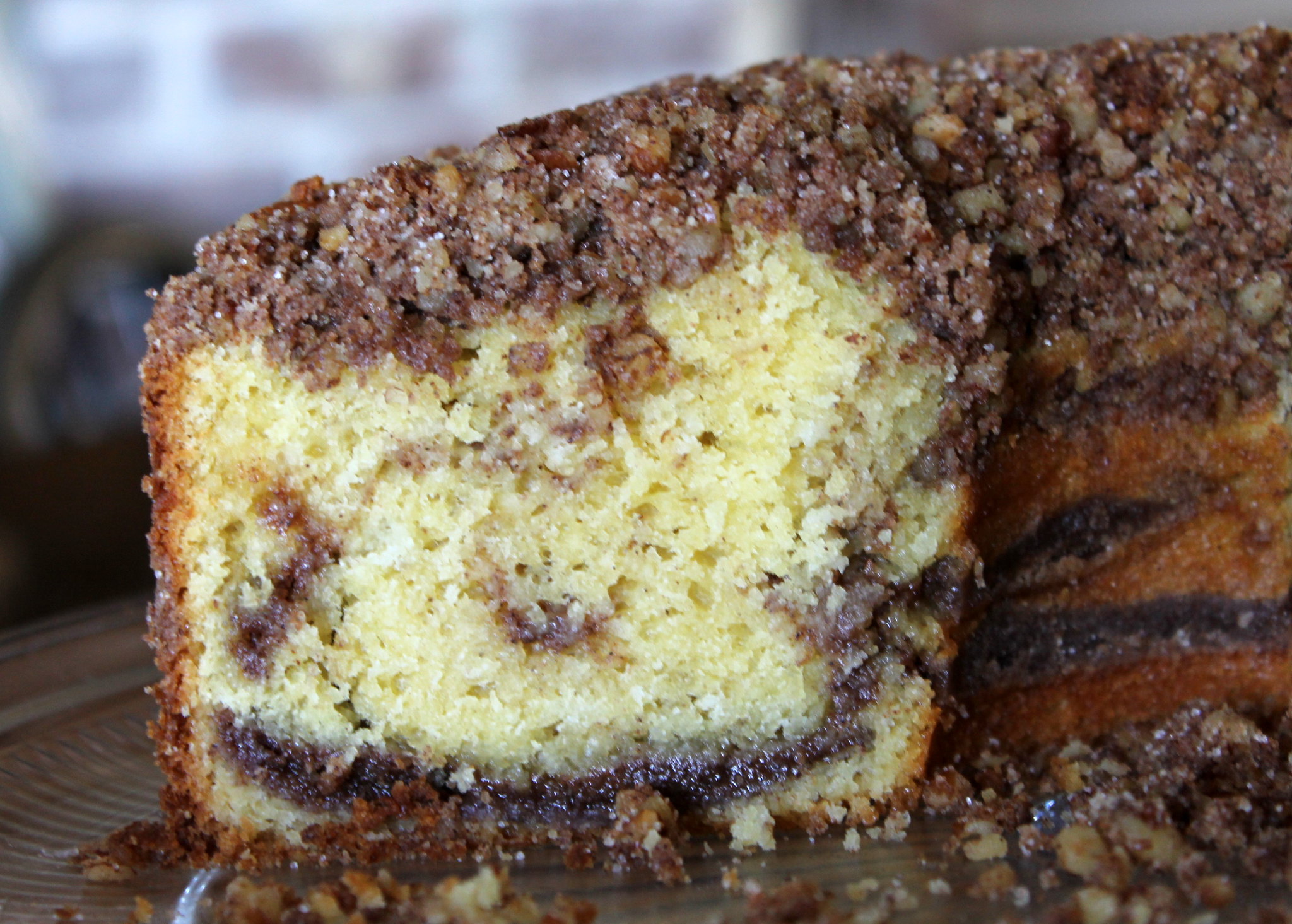 In an attempt to solve the sinking sugar issue, I made the cake again. (I also made the book’s cream cheese coffee cake which I did not like at all.) The second time around, the problem was even worse. Almost all the cinnamon sugar sunk to the bottom, creating a bottom layer of chewy caramel. Which isn’t necessarily a tragedy. In fact, some might even consider cake bottom caramelization an asset. 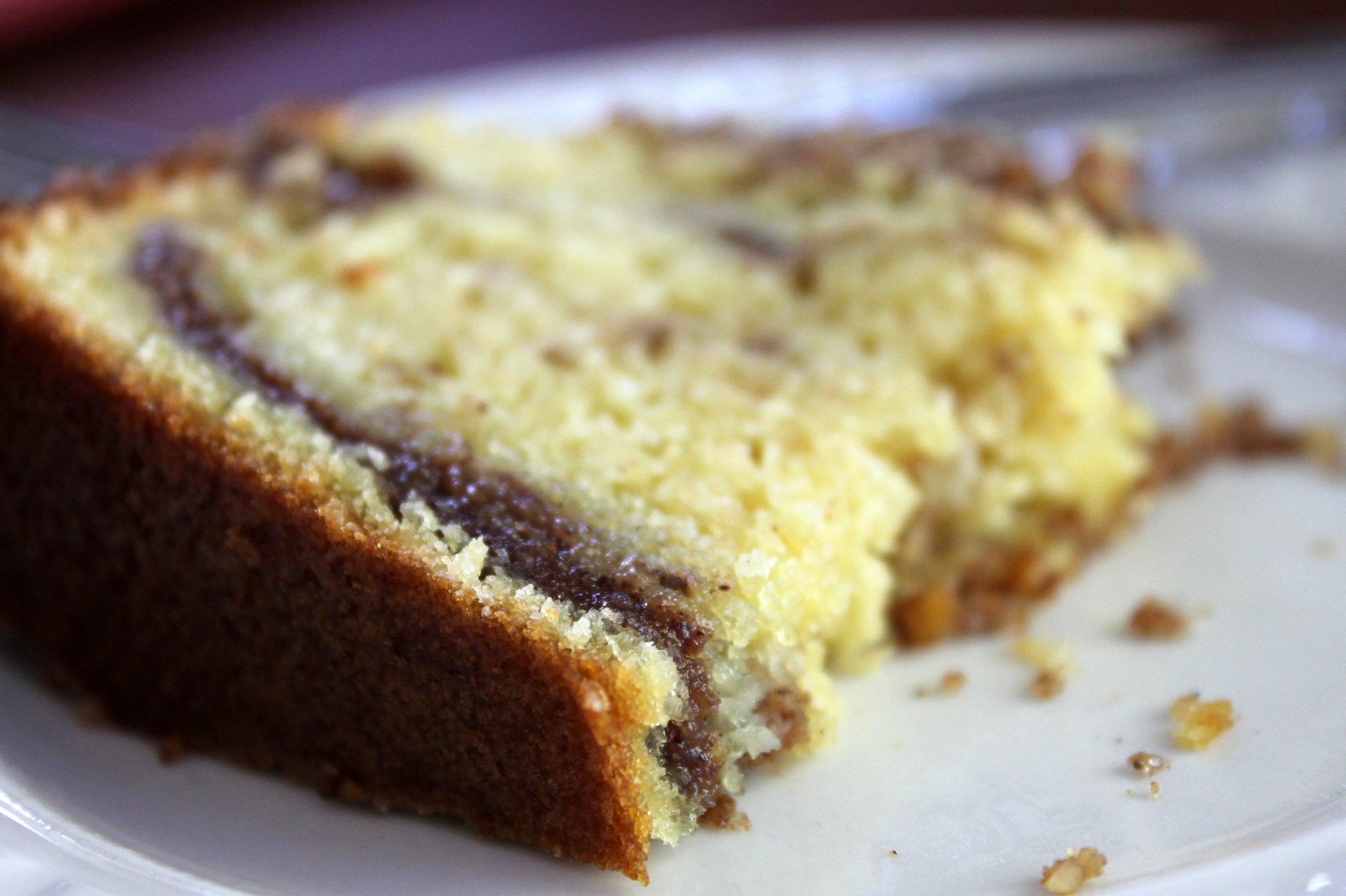 I still haven’t solved the problem — am I beating the batter too long? should I reduce the amount of cinnamon sugar? increase/decrease the oven temp? — but I’m gearing up to make it again. If I learn anything new, I’ll update. 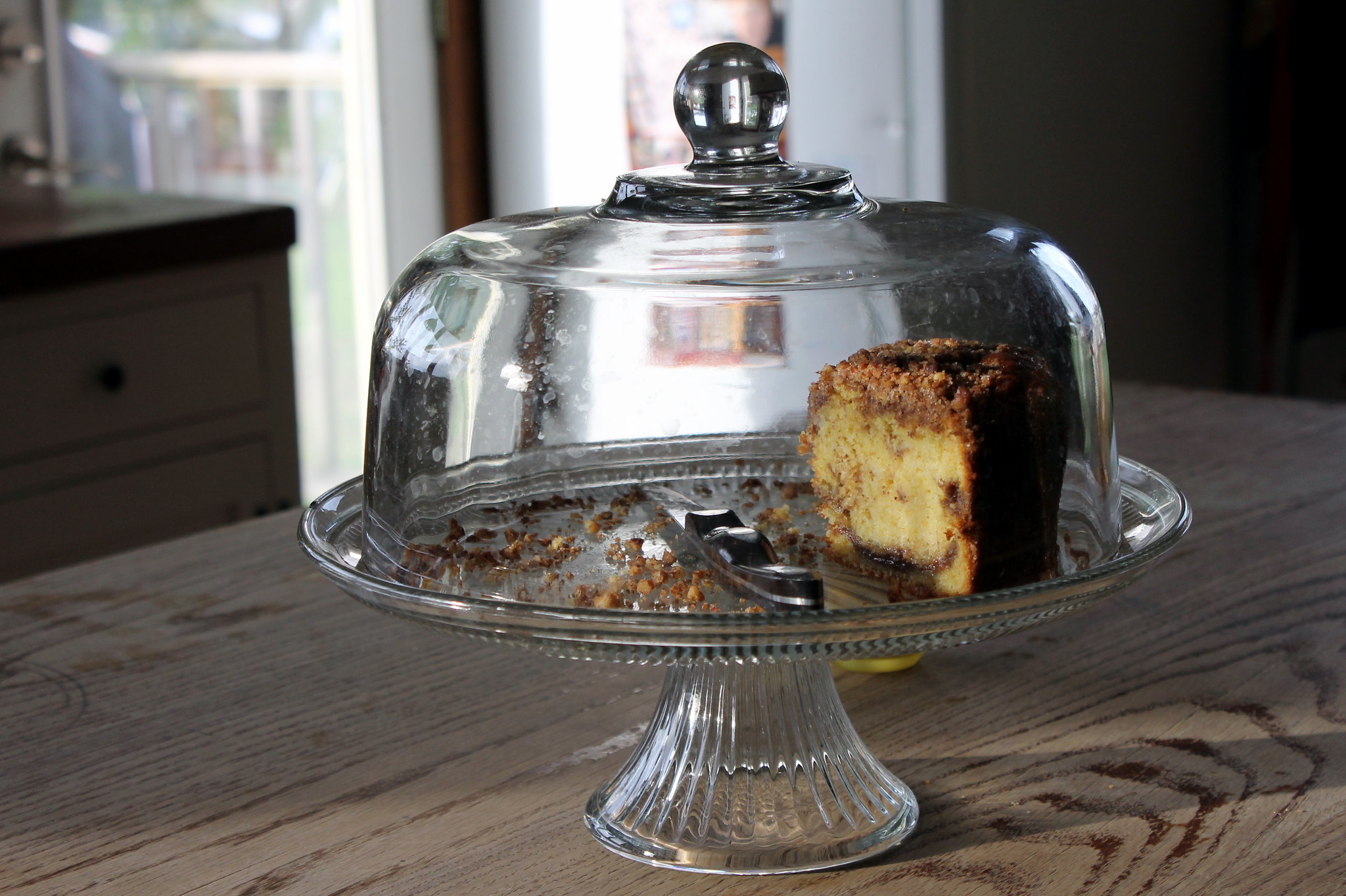 Put the flour, sugar, cinnamon, and ¼ cup of the brown sugar in a food processor. Whirl to combine.

Remove 1¼ cups of the flour-sugar mixture, and transfer it to a small bowl and add the remaining ¼ cup of brown sugar — this is your streusel filling.

Add the butter and the pecans to the mixture that’s still in the processor and pulse until pebbly — this is your streusel topping.

Stir together the flour, sugar, baking powder, baking soda, and salt. Add the butter and ½ cup of the sour cream and beat gently until the mixture comes together. Add the remaining sour cream, eggs, and vanilla and mix just until combined. (If you beat it longer, the cake will be lighter — not what we want here.)

Bake the cake at 350 degrees for 50-60 minutes. Let the cake cool in the pan at room temp for 30 minutes before cutting around the sides with a table knife and gently inverting the cake onto a plate, streusel side down. Remove the tube pan, set a cooling rack on top of the cake and flip again. Allow the cake to cool completely before transfering to a serving dish.