Yesterday morning, I walked downstairs in the dark, barefoot. Crossing the living room, I stepped on something weirdly soft and squishy. I switched on the light and —

HOLY HECK THERE’S A DEAD MOUSE ON THE FLOOR.

I whisper-shrieked, cursed (my older son witnessed the whole sordid debacle and later soberly announced to my older daughter, “I will forever remember November 6, 2018 as the day I first heard my mother say the F-word”), and then hop-ran to the bathroom to scrub my contaminated toes.

(We still have no idea how a dead mouse materialized on our floor. Best we can figure, it sprung one of our traps — occasionally we find them sprung…and empty — got injured, and then finally, days later, gave up the ghost.)

Now I’m scared to walk around the house in the dark.

This morning I fell while running. I was chugging up the gravel road when I heard a large dump-truck approaching the upcoming intersection. My younger son was riding his bike up ahead, so I had looked up to keep an eye on things. Suddenly, my foot nicked a rock and I hit the dirt, skinning my knee and tearing a hole in my leggings in the process. It’s only a small hole — a pinprick really — but still, it’s POP: Proof of Pain.

My computer is dying. When we were in Puerto Rico, some of the keys stopped working so I bought a wireless keyboard. But now the wireless keyboard keys are beginning to stick. The backspace key, especially, is cantankerous. I have to pound on it with all my strength (think manual typewriter-type pounding) which makes the already painful process of backspacing just that much more demoralizing.

Just so you know, this is what my face looks like when I’m type-pounding: 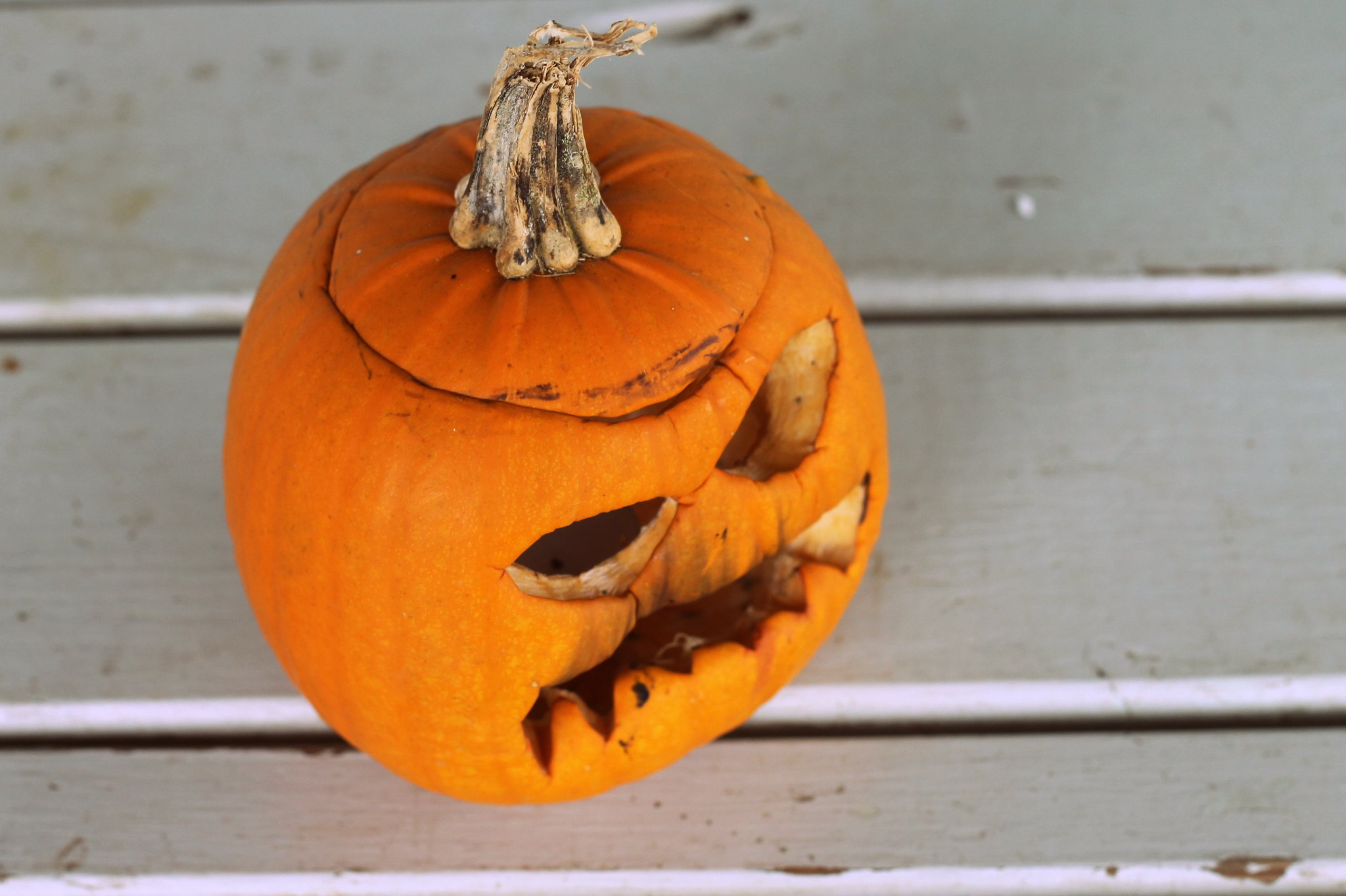 Have you seen Five Foot Two, the Netflix documentary about Lady Gaga? I’d barely known who she was — just some singer sporting outrageously ridiculous clothes — but then I (and my husband, too!) watched the video and now I can’t stop thinking about it.

*In the midst of such pressure and chaos, how does she tap into her center and find space to create?

*How can a person live in multiple houses and ever feel at home?
*How can she continuously put herself out there and still have a sense of self?
*She’s a singer. She smokes. WHY.
*How can a person dance all over a huge stage, and up and down stairs, in sky-high stillettos and not break her ankles?
*Doesn’t she ever get cold waltzing around in her tiny t-shirts and super short shorts?
*And about those short short shorts: are they even comfortable?

That night after watching the movie I was so plagued with questions that I had trouble sleeping, no joke.

Earlier this week we hosted a Salvadoran man for a couple nights. He was part of an advocacy group that’s traveling across the country in a bus, educating people about the plight of immigrants with Temporary Protective Status. Our town was the last stop before the group’s final destination, Washington DC.

I didn’t get to visit with our guest very much — both nights he arrived at our house shortly before bedtime, and in the mornings I left for work before people got up (and after crunching on dead mice) — but my husband did. Later, over supper, he filled us in on our guest’s history of attempted forced military recruitment, asylum seeking, police brutality, prison sentences, etc. — so many experiences that I can’t even begin to comprehend.

The kids reported that he made himself right at home, digging through the fridge for the butter, heating up the pot of beans I’d left on the stove. The first morning, he made them eggs for breakfast and then washed up the dishes afterwards. The second morning when I got back from work, our guest was already gone. Looking around, I noticed he’d emptied the trashes, scrubbed the bathroom sink, made his bed, and, once again, washed all the breakfast dishes.

As I fixed lunch for the kids and me, the lingering scent of our guest’s cologne stinging my nostrils, I found myself wondering: Who was this man who’d been thrown in prison multiple times, twice fled his beloved country, chattered to us in Spanish without pausing to draw breath, and made my children breakfast?

Suddenly, the quote that hangs on my wall by the dining room table, the one linking hospitality and strangers with the entertainment of angels, popped into my head, and I chuckled to myself. Oh yes, I thought, but of course. 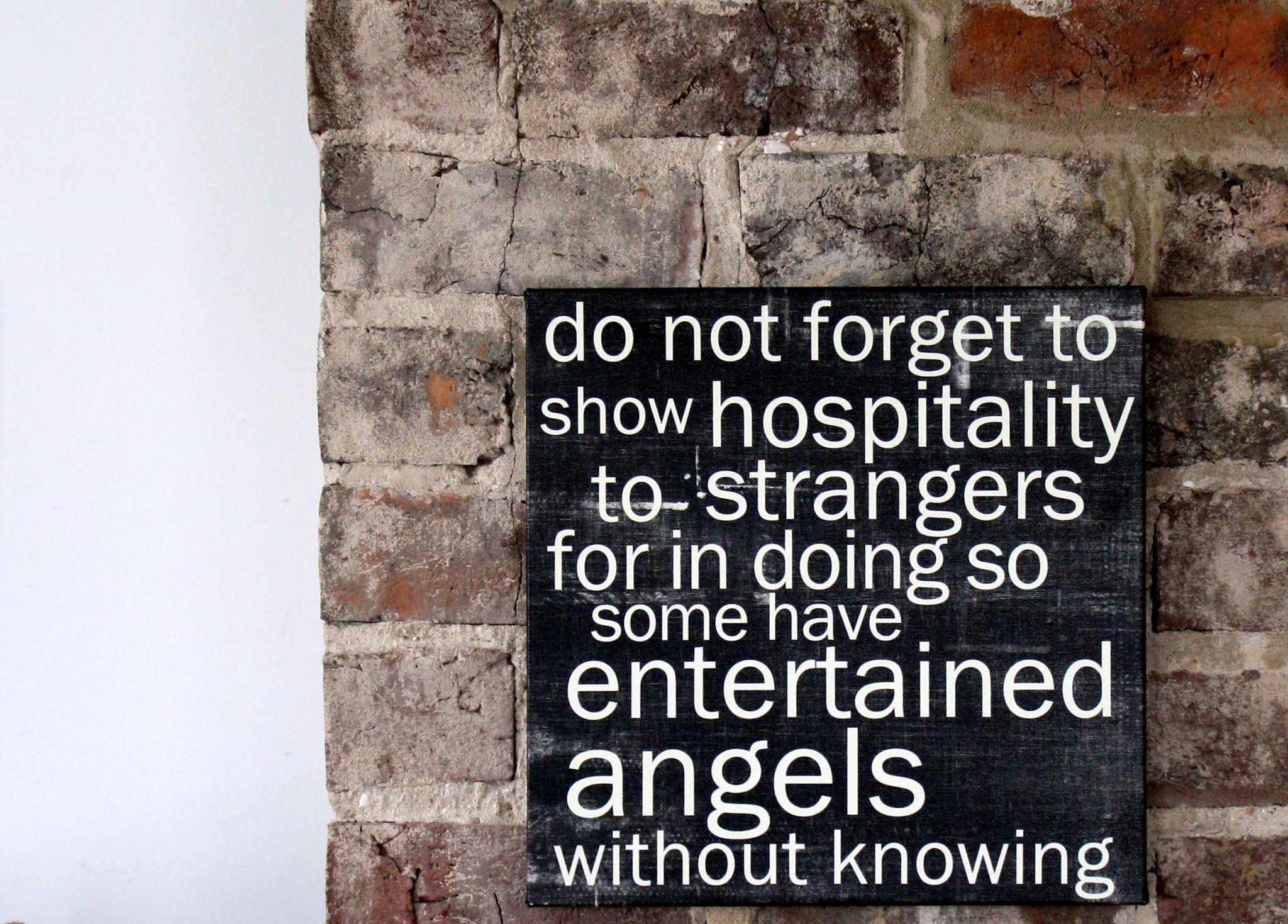