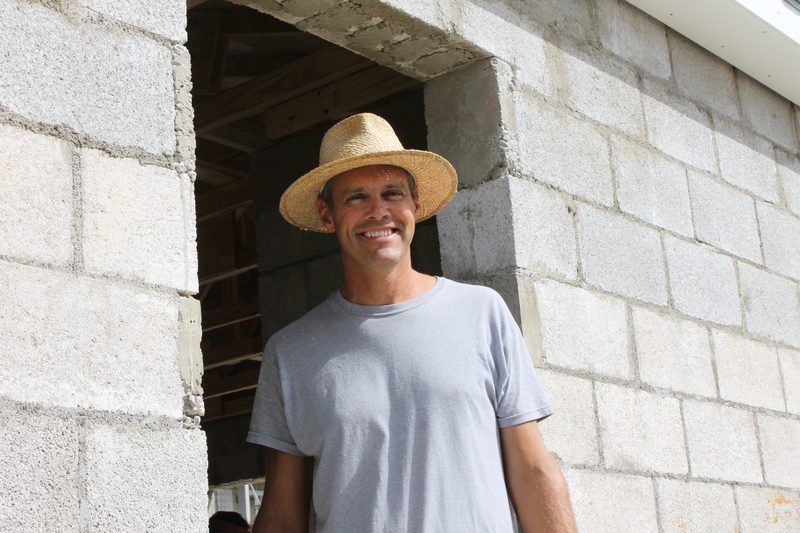 For my husband, Mondays are stressful.

It’s no one’s fault, of course. This is just the nature of the job. With new workers, there is always a period of adjustment as the volunteers learn how the agency (and us, as project leaders) functions, what the house plans are, and where the tools are kept and how they work. They’re adjusting to the heat, to new sleeping arrangements, and a new diet. They’re familiarizing themselves with the streets and the stores. They’re meeting the homeowner and any local people who show up at the jobsite (and puzzling through the Spanish), and getting to know the other volunteers. So naturally, it takes time — time to figure out the job and time to learn how to work together as a team.

On the outside, my husband appears jovial and patient (I think he does, anyway, though maybe some of the volunteers would say otherwise?), but on the inside he’s stressed and worried, frazzled to his core. I don’t know how this will go, he tells me privately, ominously.

It used to be, I’d get all sorts of fretful, listening to him stew. Oh dear, I’d think. The week is already ruined and it’s hardly even started, oh dear, oh dear, oh DEAR. But now, three solid months into this gig, I know better. Now when my husband sings the blues, I just smile and remind him, It’s Monday. Tomorrow will be better. And usually, it is.

Monday morning this week, I drove over to the jobsite to check in on everyone, show my brother-in-law where to go (he’d just arrived, two days late, thanks to a canceled flight), take a few photos, and touch base with my husband.

That last goal — to touch base with my husband — was laughably futile. No sooner did he manage to extricate himself from the goings-on and come over to talk to me then someone would approach him with a question and off he’d go. 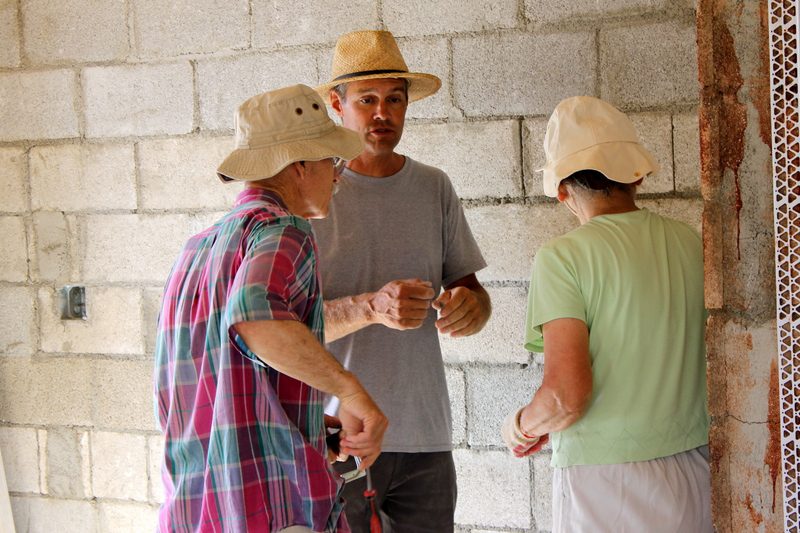 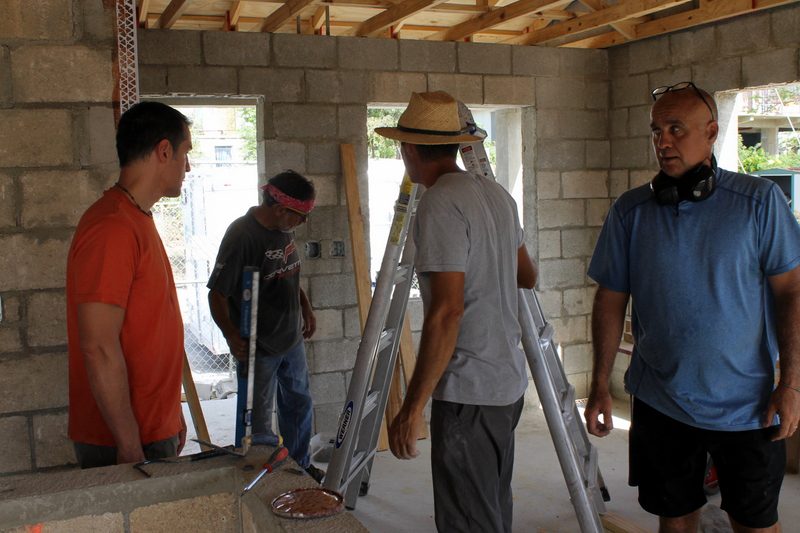 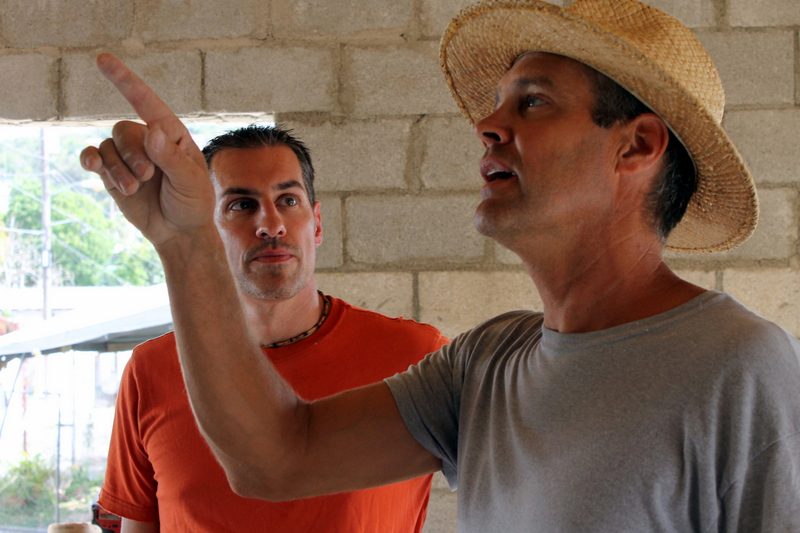 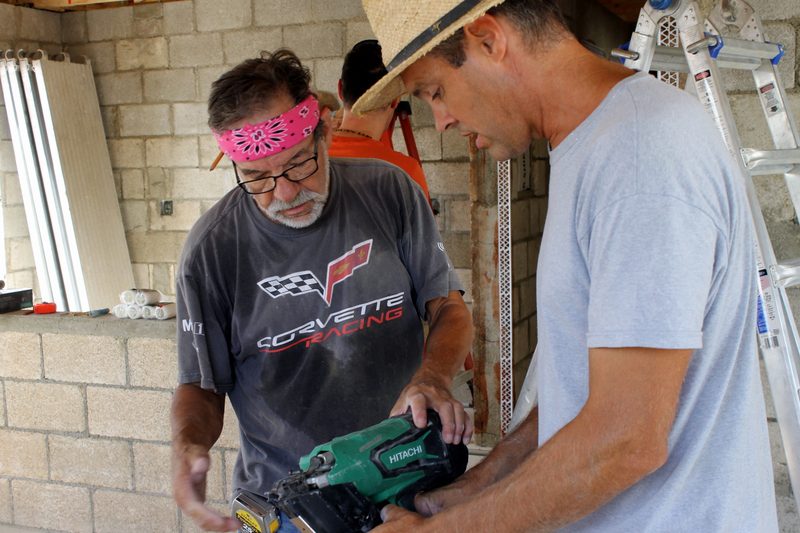 I watched from afar as he managed, directed and explained…

“Yeah, the nail gun shuts off after awhile…”
To his brother, “I know you didn’t get to see the safety video yet, but make sure you wear glasses when making cuts, okay?”
To someone else, “Hey! Where’s your glasses!”
“Here, hand that to me through the window.”
“That tool is in the trailer — go look in there until you find it. I could have someone show you where it is, but it’s better if you have to search for it. That way you’ll learn where everything is kept.”

…and then, the situation resolved, he’d stand there, looking around, observing, assessing, calculating, planning. 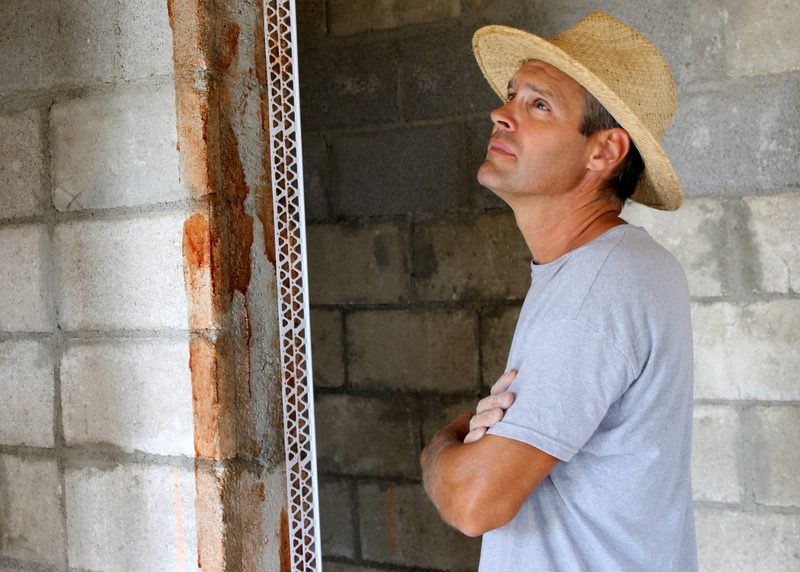 And then I’d do a little reminder wave — yoohoo, over here, hon — and he’d snap to and scurry over, all apologies. But wouldn’t you know, I’d only just start talking before he’d spy yet another situation and rocket off, to wrestle with a tool, perhaps, or poke his finger in an electrical box, or help move a ladder. It was like trying to have a conversation with a ping-pong ball. Eventually I gave up and just settled for photographing the guy. 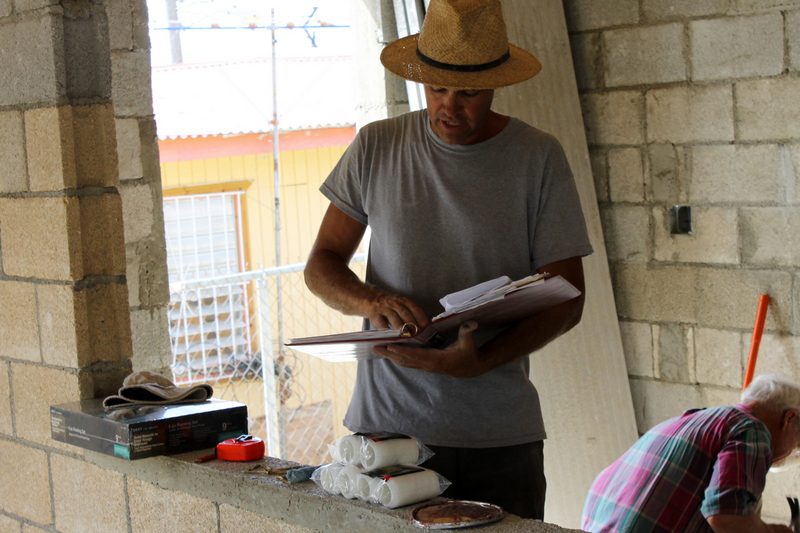 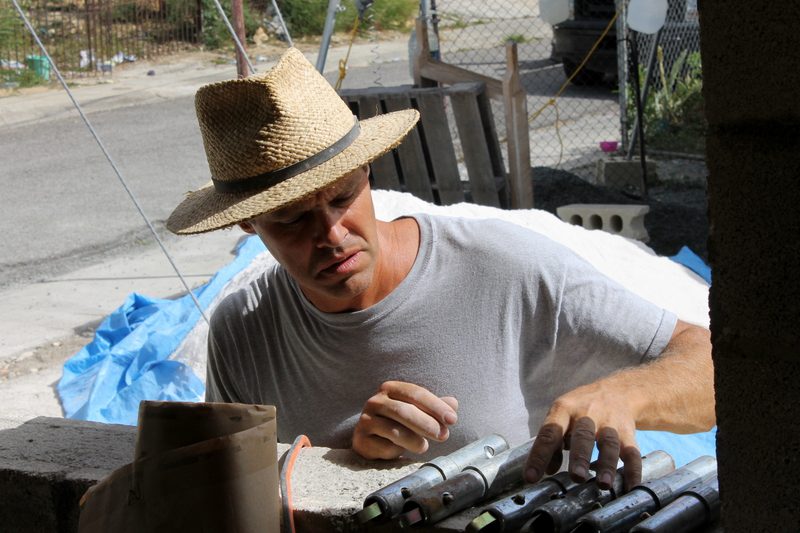 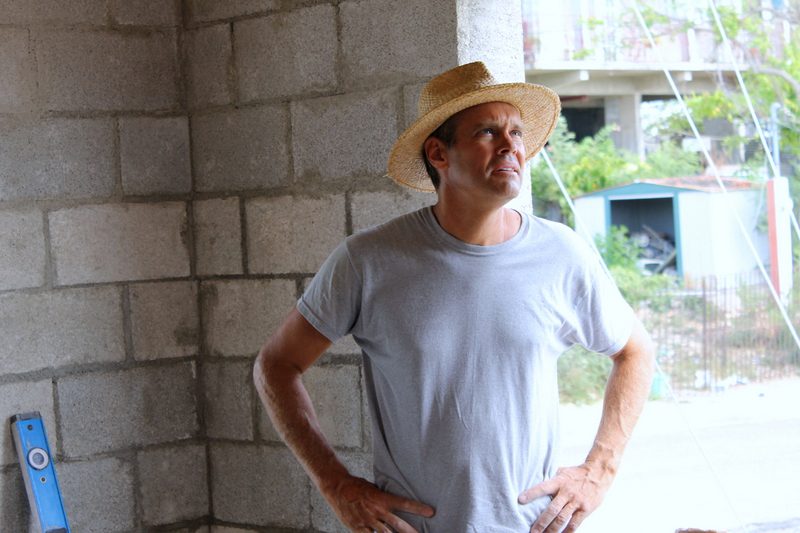 Right before I left, I managed to catch him alone outside the house.

“It looks really good,” I said.

“It — this. It looks good.” I gestured expansively. “Everyone’s working. They’re doing stuff. This is great.”

“Yeah, but I’m not getting anything done.”

I threw back my head and hooted. “Oh, honey! How many times do we have to go over this? This is your job. Making other people work is exactly what you’re supposed to do.”

So every Monday, this is the routine: my husband despairs, I lecture him, he still feels rotten, and then the rest of the week happens and on Friday he comes home with a slightly startled, dazed look on his face and says, slowly, carefully, as though he hardly dares to believe it might be true, “You know, I think we actually accomplished some stuff this week.”