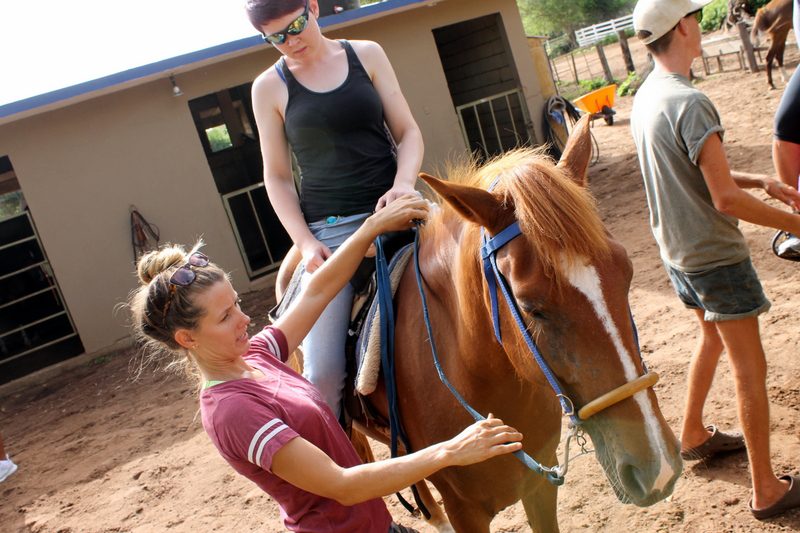 For our daughter’s birthday, my husband and I gave her a horseback trail ride. It’d been months since she’d been on a horse and the poor thing was hankering after a ride something fierce, so we made a reservation for a private ride on a farm up in the northwest corner of the island. It’d be a daytrip for the whole family, we decided. Yay.

But some of the other kids pitched a minor fit — It’s a Saturday! We never get to sleep in! Why do we have to goooooo! — and I had to put my foot down.


We might never be in Puerto Rico as a family again.
Free Saturdays are in short supply.
Seize the day.
It will be fun!
NOW STOP FUSSING.

There was minimal fighting on the trip (thank you, James Herriot), and we arrived at the farm right on time. My husband observed the other riders’ almost-not-there swimsuit clad bodies (not shown) versus our daughter’s jeans and sneakers and noted dryly, “The owners can probably learn everything they need to know about a person’s riding level just by looking at what they’re wearing.” 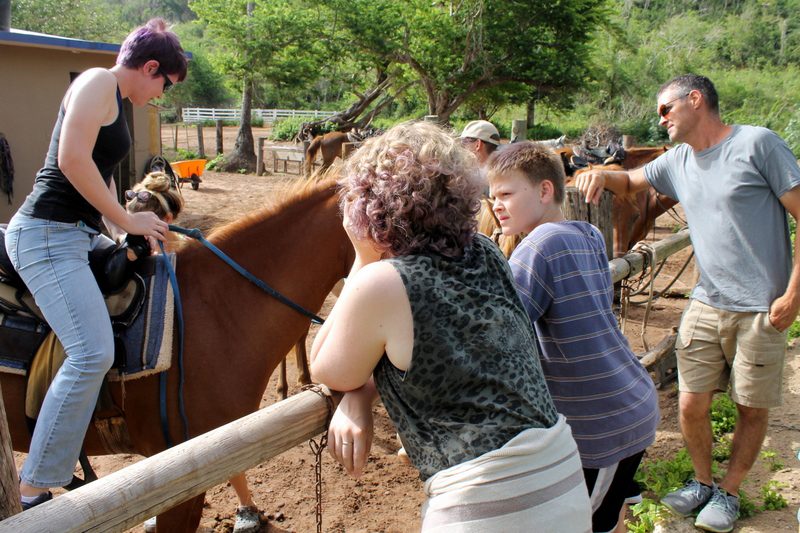 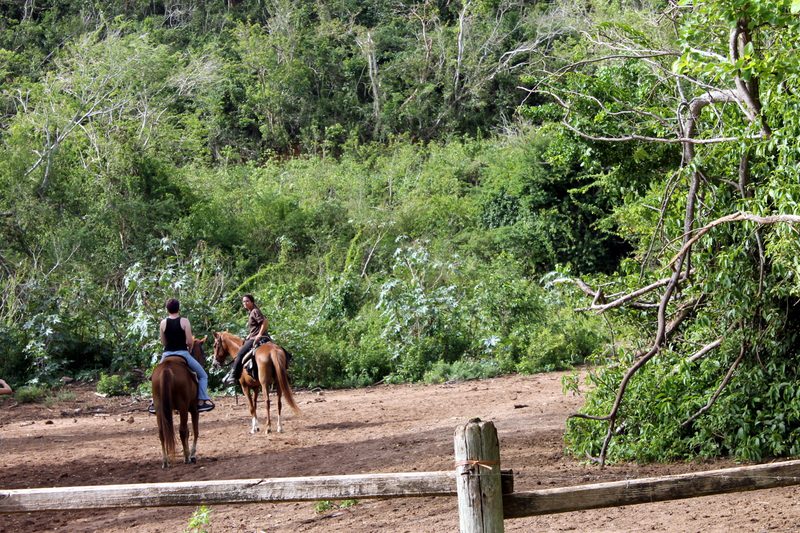 We waved our daughter off (until that dye washes out, I’m calling her Raspberry, fyi), watching until she and her guide disappeared out of sight before rushing for the bathrooms to change into swimsuits. We had a beach — this time on the Atlantic Ocean — to explore!

And what an amazing beach it was! 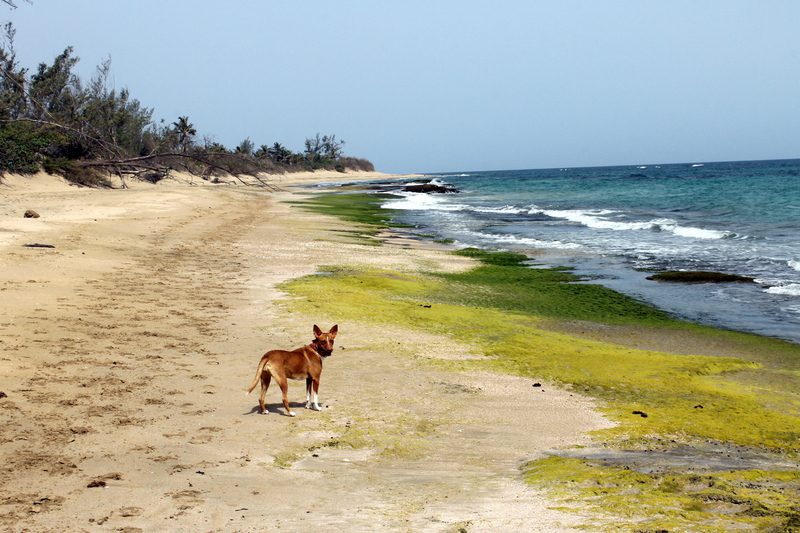 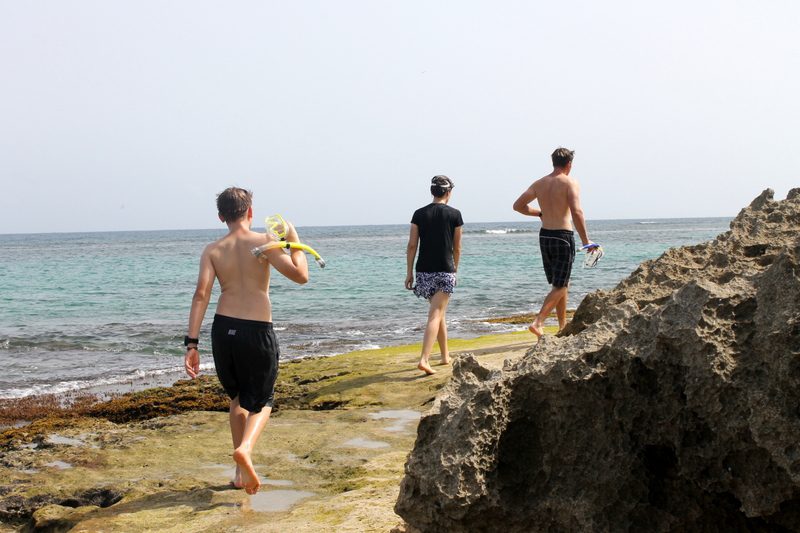 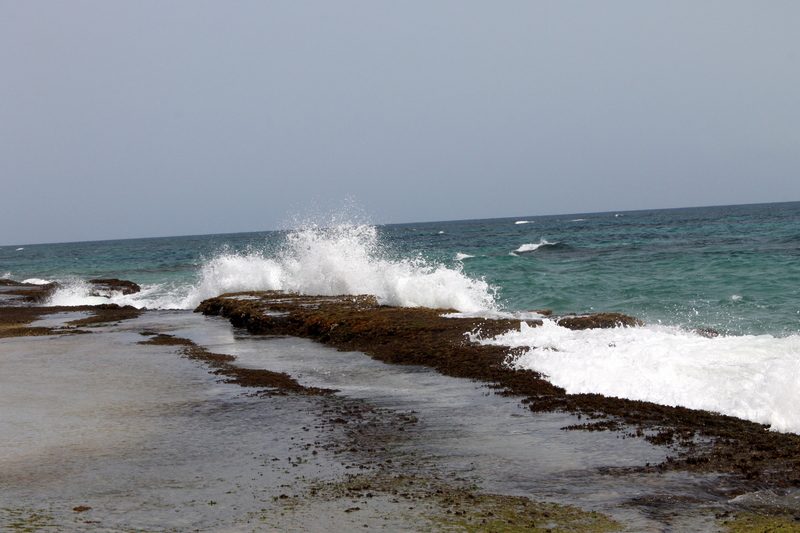 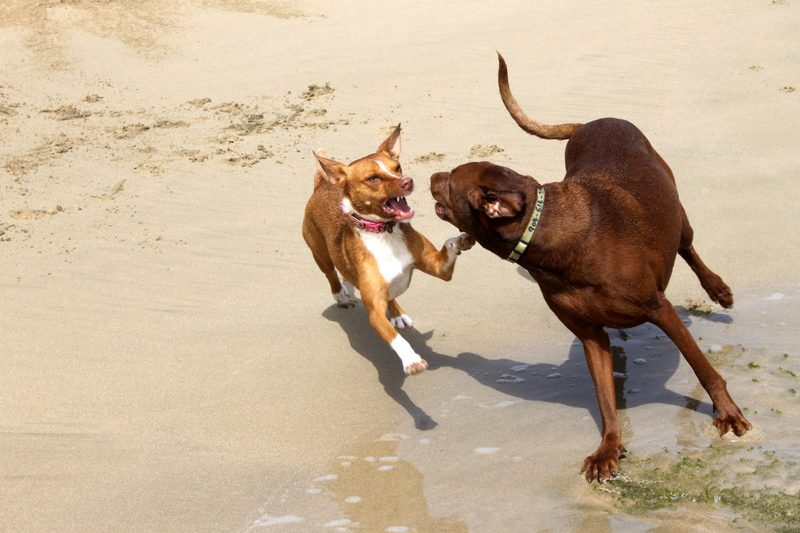 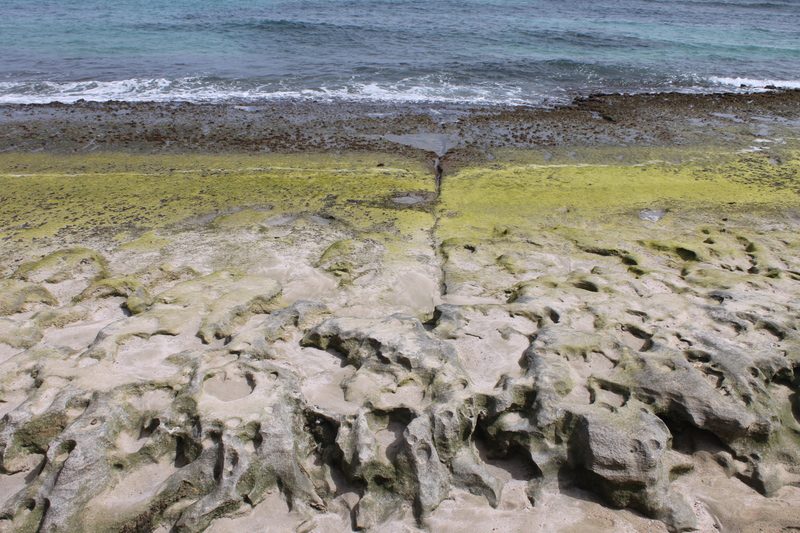 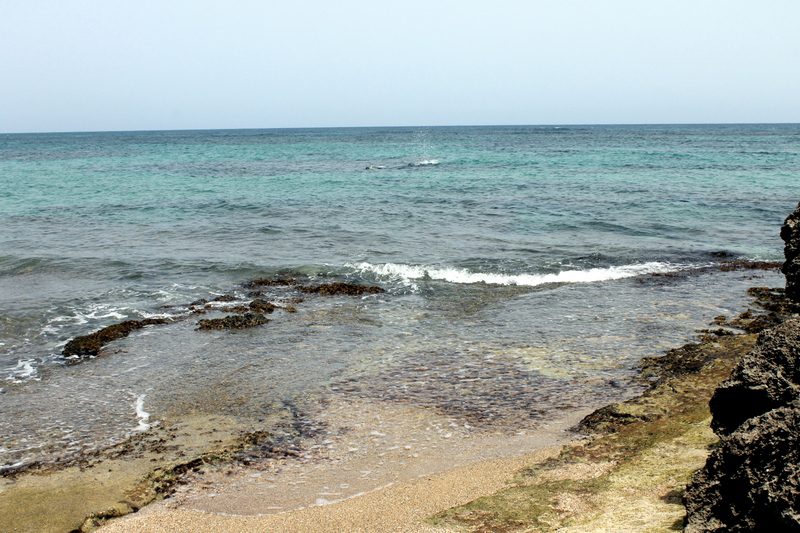 The water was crystal clear, nearly cold (cold!), and a variety of shades of brilliant blue. The long beach was a mix of smooth flat stone and sand. My husband and I walked a big section by ourselves, pausing frequently to examine the unique rock formations. The place felt exotic; even though it was edged by fancy houses and hotels, it still somehow managed to feel both private and slightly wild. Of all the beaches we’ve been to in the last several months, this one is decidedly my favorite. (My husband’s, too. Already we’re scheming ways to get back there.)

(Note: I’m not sure what beach we were actually at. Isabela has a whole mess of beaches, and they all sort of look alike. Here’s a rundown of all the options, if you want more information.)

The kids swam out to the coral reefs (coral!) and after my daughter was done with her ride, she and our older son swam way out (we couldn’t even see them) and actually saw a small shark, so yeah, lots of thrills. 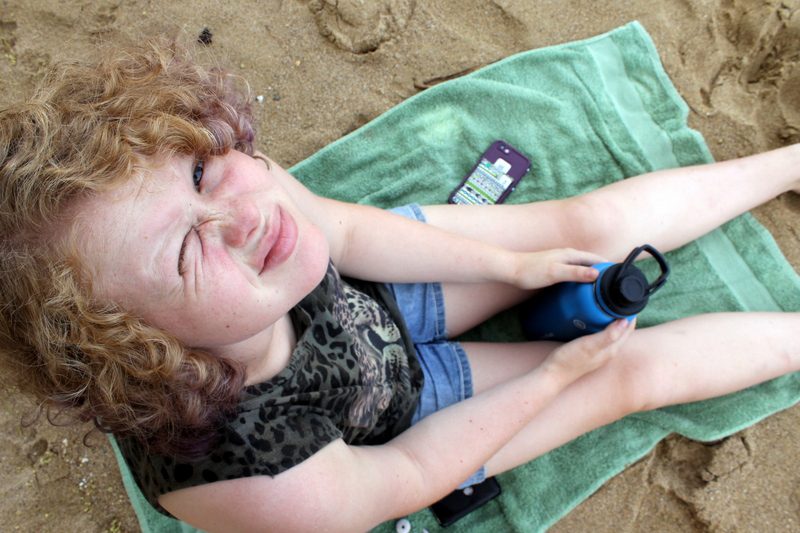 Finally, after we’d eaten all the apples and chips and beef jerky and drunk all the water, we were forced to call it quits. The kids begged to stop at a Subway or something equally boring, but I (again) put my foot down. We’d eat some place interesting and unique because this was an excursion and trying new things is what makes memories and (remember) we were having fun, dammit.

We pulled over at one roadside stand, but the chicken and plantains they were selling didn’t appeal to anyone. We passed a coffee shop and I made my husband turn around so I could get an iced coffee (98 percent milk but soooo good). Miles later and still no food, everyone was getting seriously crotchety.


Food trucks, kids, I chirped, buzzed on caffeine. Look for the food trucks.

In Aguadilla, we stopped at a panaderia — slim, stale pickings, nope — and then, cruising along the ocean’s edge, I spied a kiosk. I shouted and my husband begrudgingly pulled over so I could check the menu. Gyros! Great chunks of meat dangling from the ceiling from which generous portions were sliced and then fried up on the griddle. Feta! Fresh parsley! Tzatziki sauce! 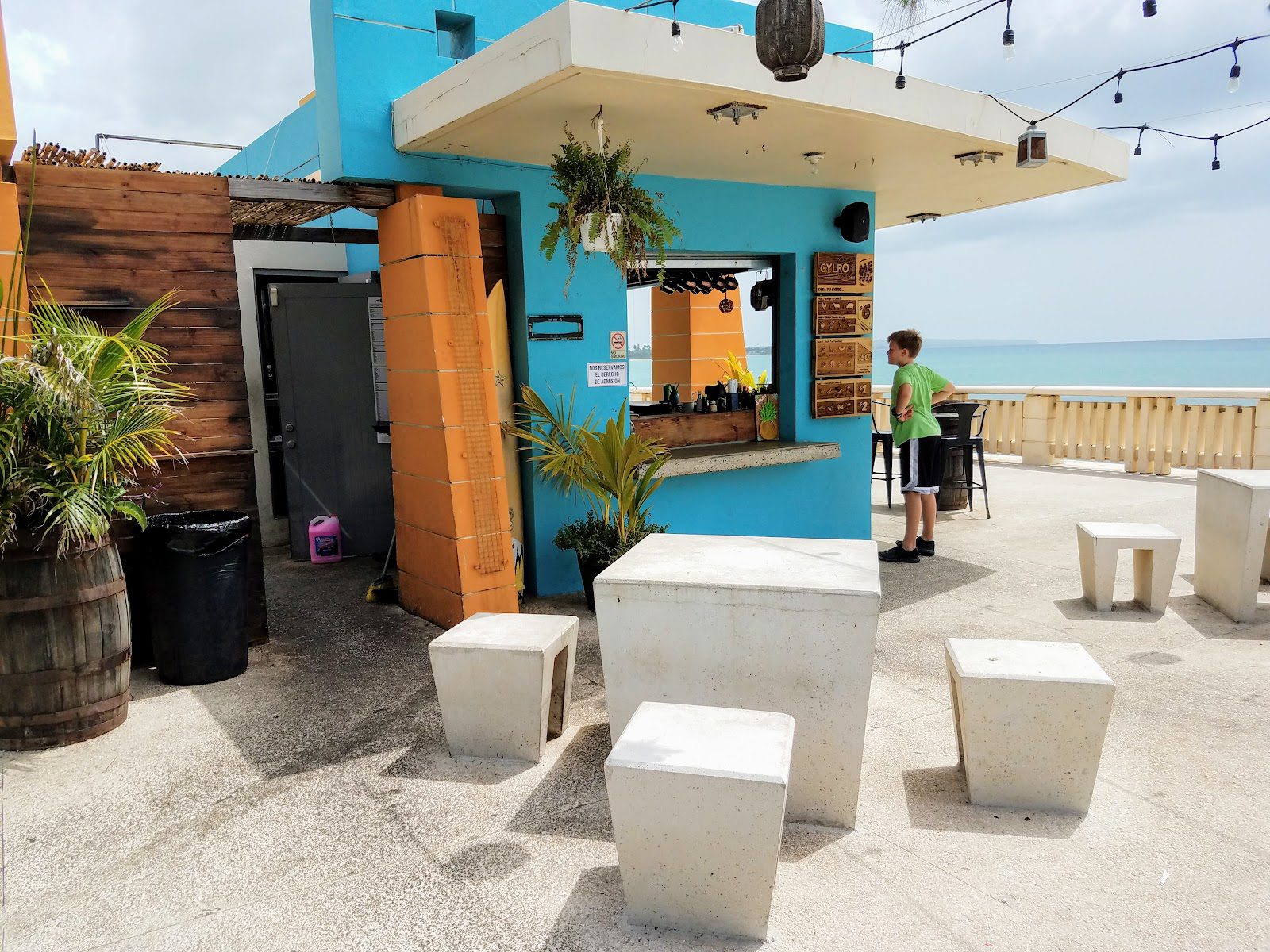 The rest of the family shuffled over. While they prepared our food, we sat in the 96 degree heat, pretty much mostly dead. 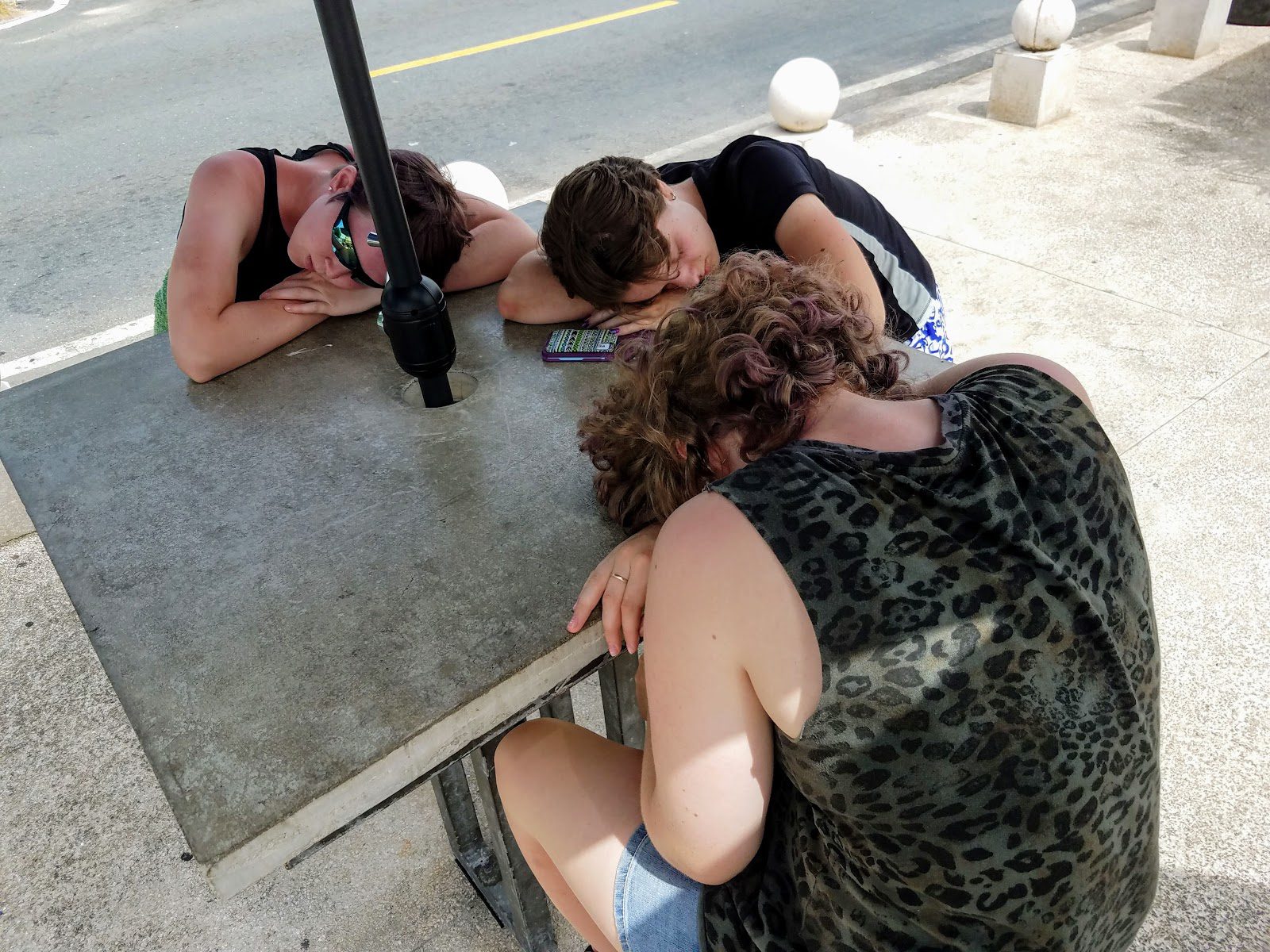 It was worth it, though, everyone agreed. The gyros were fantastic — the lamb was insane — and the fries were the best we’d had in months. 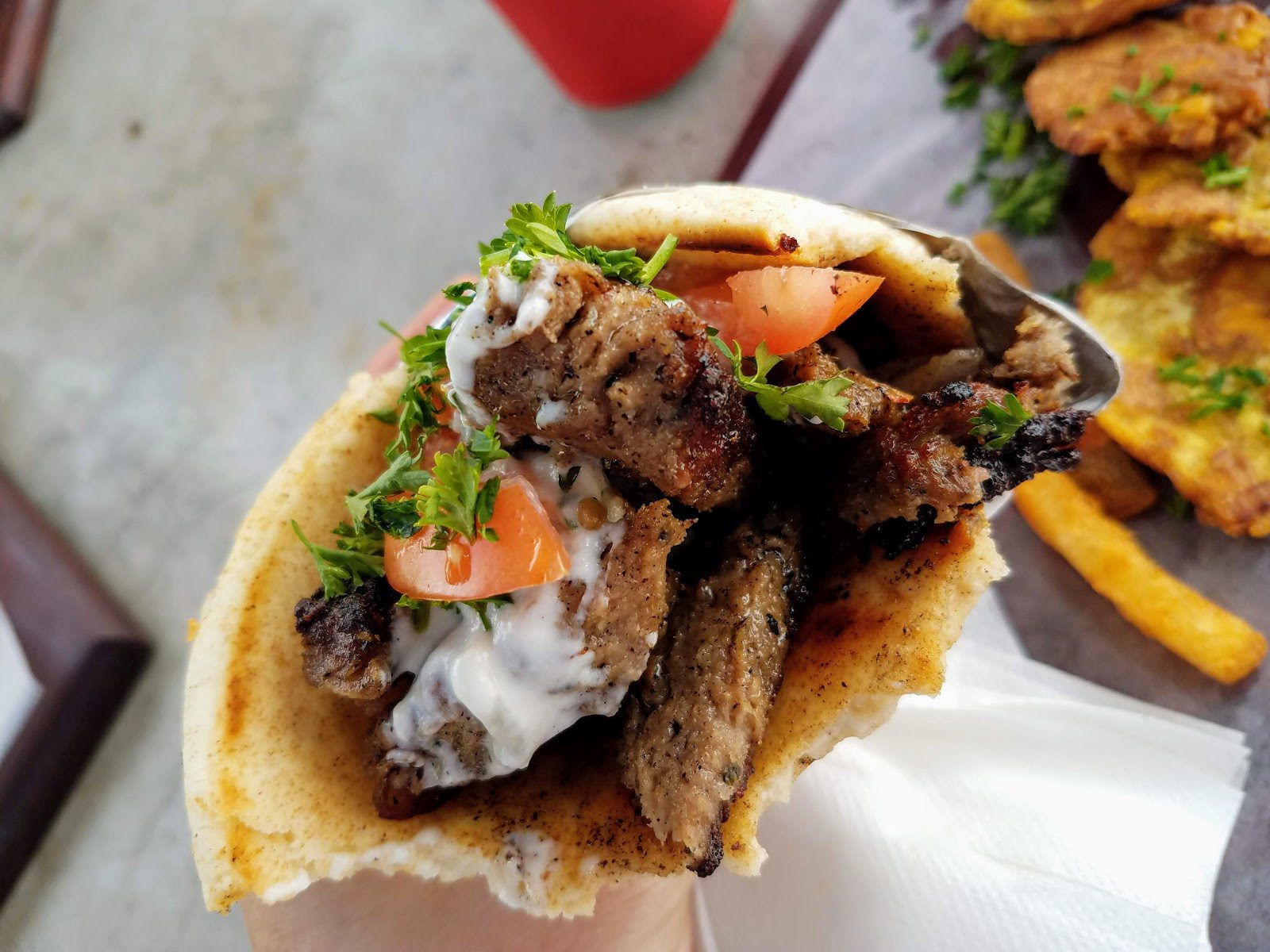 And then we went home, the end. 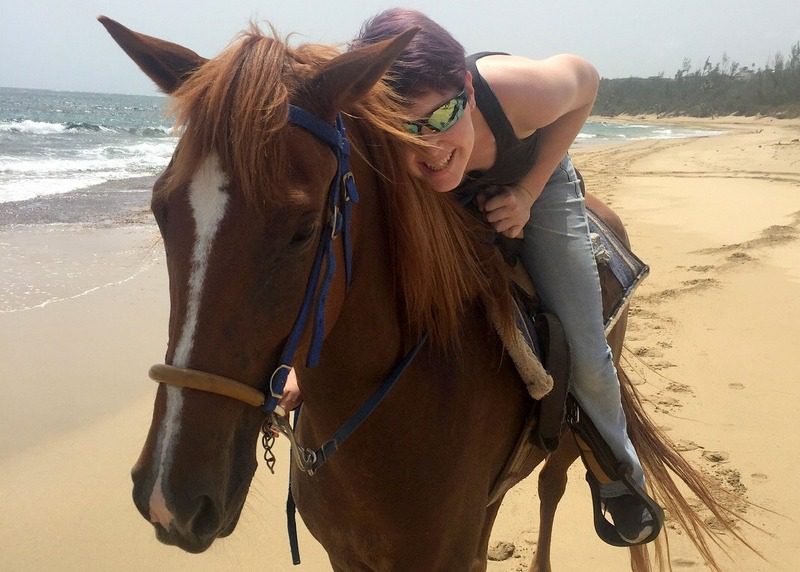