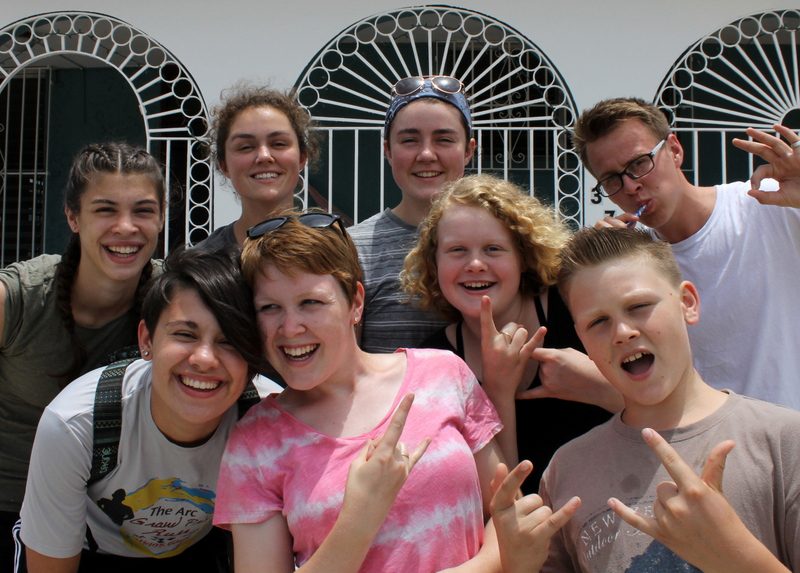 My husband’s nieces arrived on Saturday. Within a day, one of the girls had slapped a sign on the kitchen cupboard: 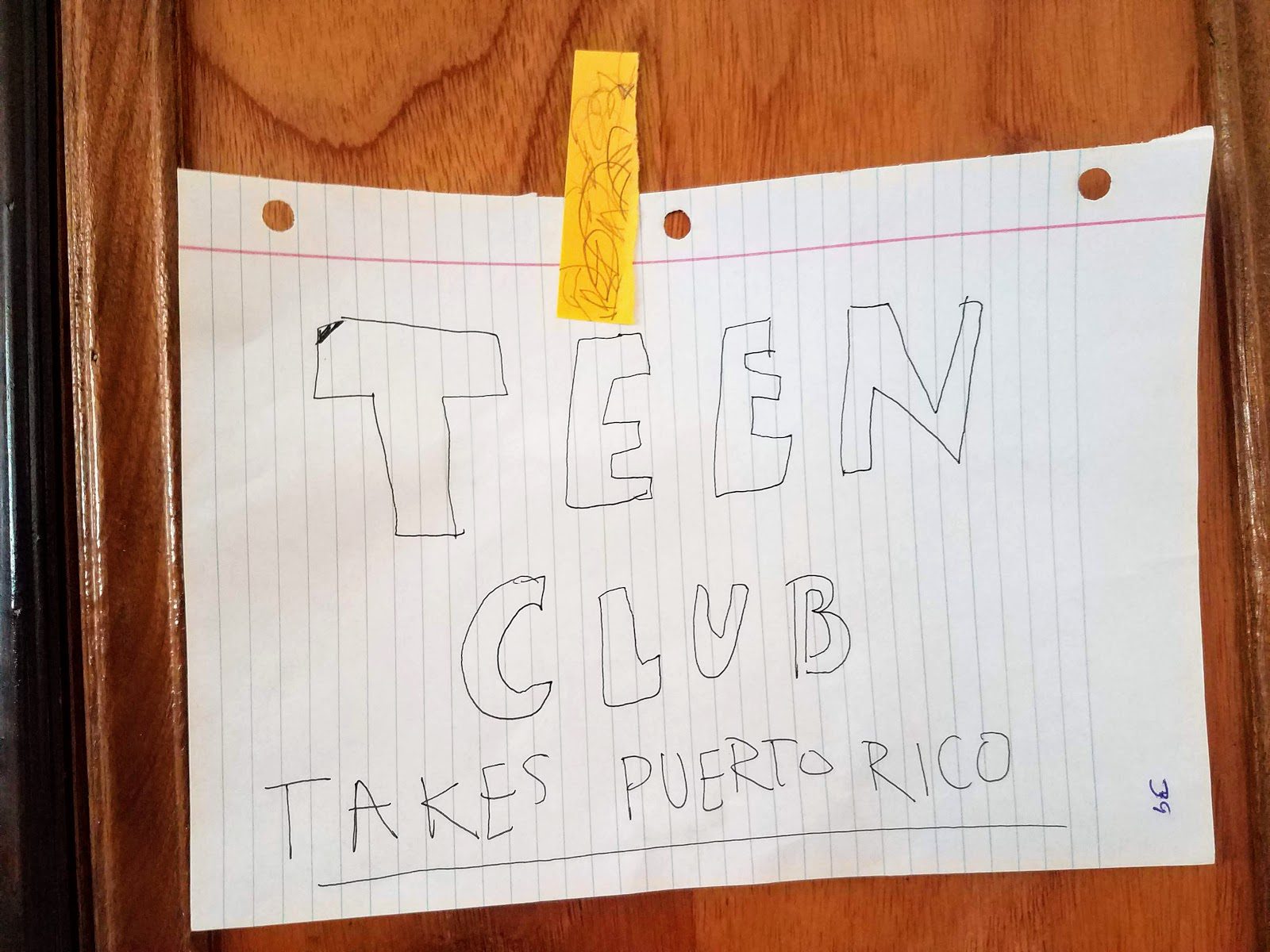 The next day, after pouring the concrete floor, this photo popped up in my phone: 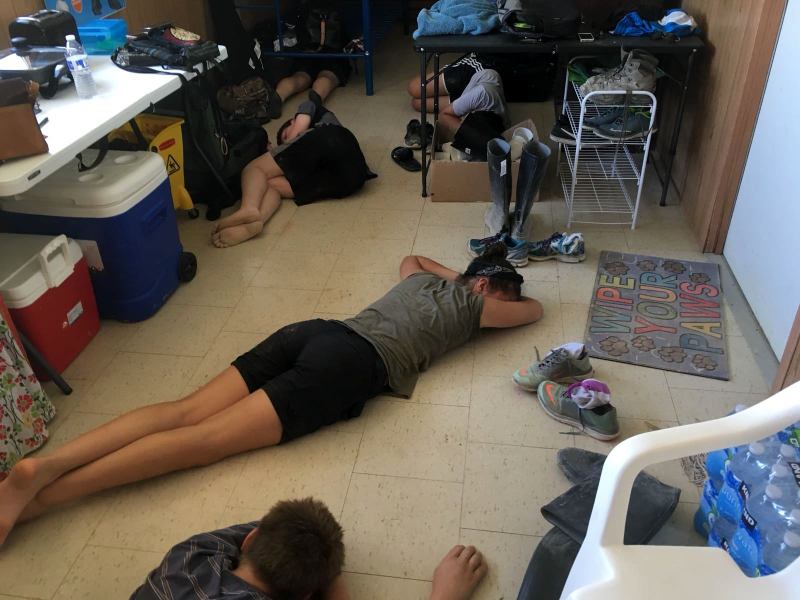 For three of the four girls, this was their first time off the mainland, but they were so mellow and laid back, you’d never know it. From trying (and failing) to watch a movie two nights in a row to running out of toilet paper (my bad) to getting eaten alive by mosquitos, they took everything in stride, never even batting an eye. Quick to help out, appreciative, and open to new experiences, they were excellent houseguests. 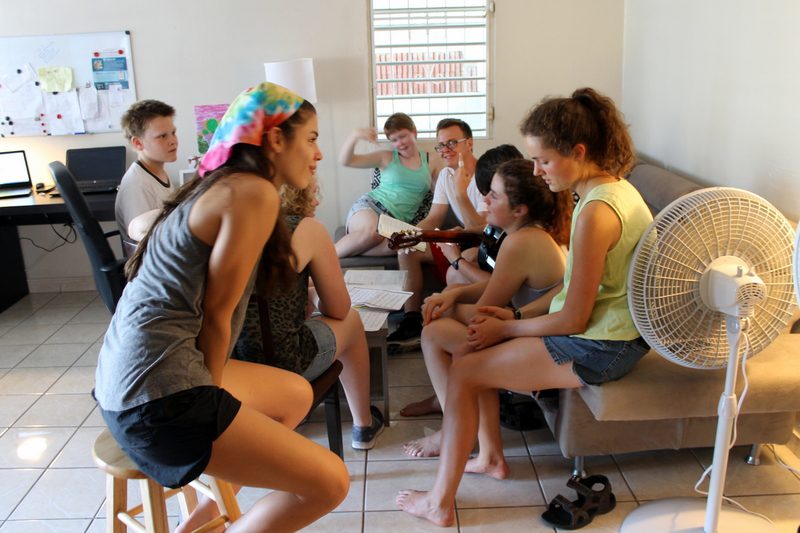 Even though they weren’t here with MDS, they worked at the jobsite whenever their help was needed which, unfortunately, wasn’t as much as we’d hoped: the process of laying block isn’t very conducive to unskilled labor, plus, they were such quick workers that my husband kept running out of things for them to do! Even so, they managed to work enough — shoveling gravel, hauling cement blocks, cleaning up — to still get sore. 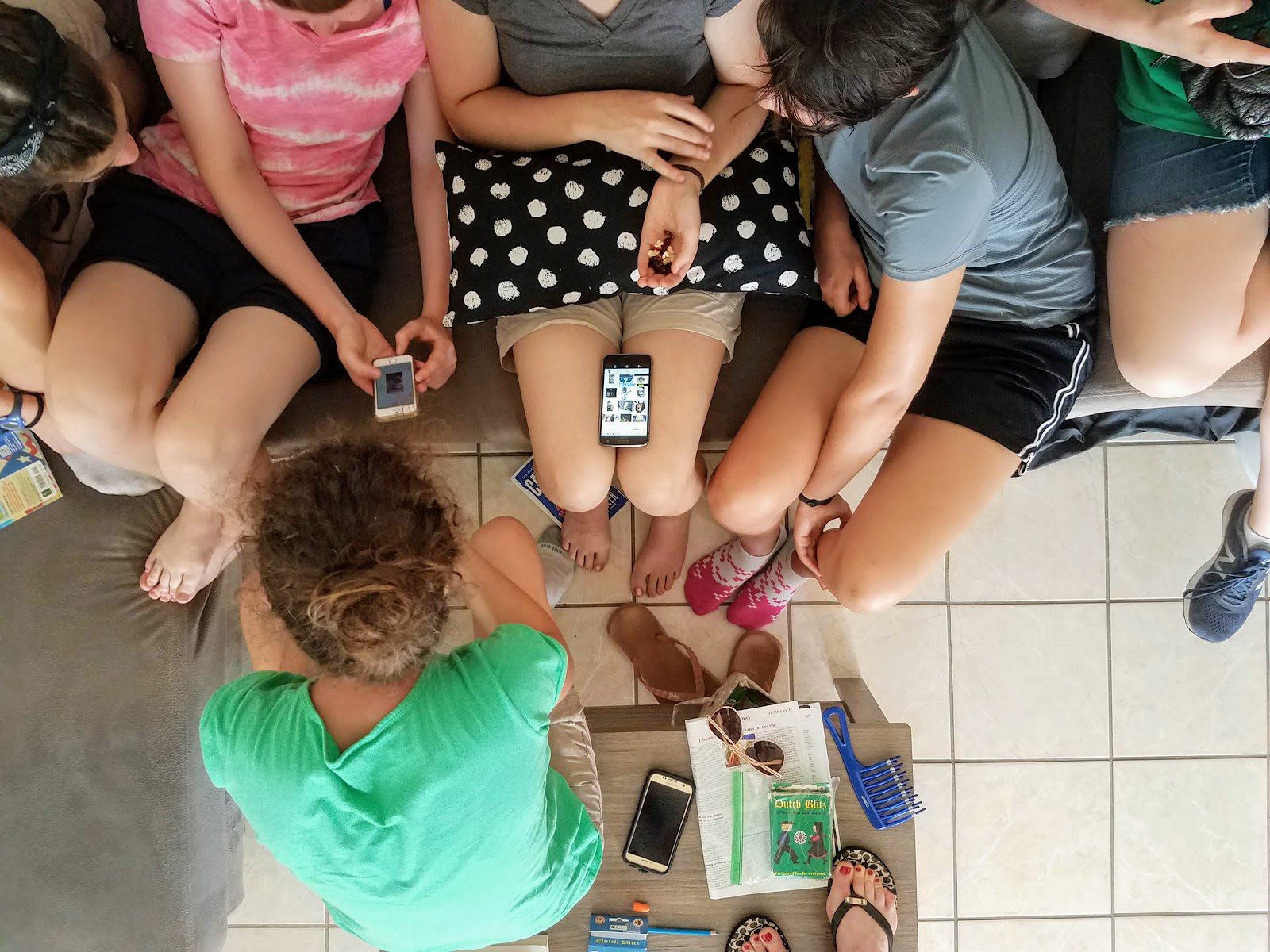 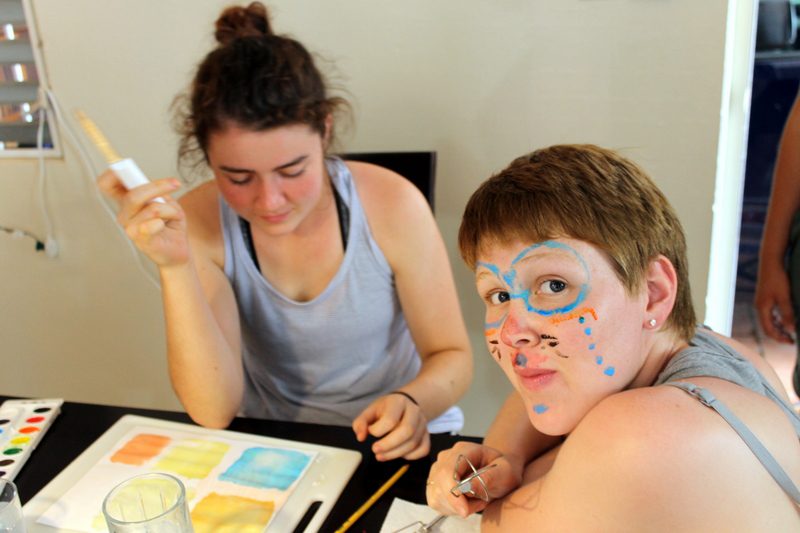 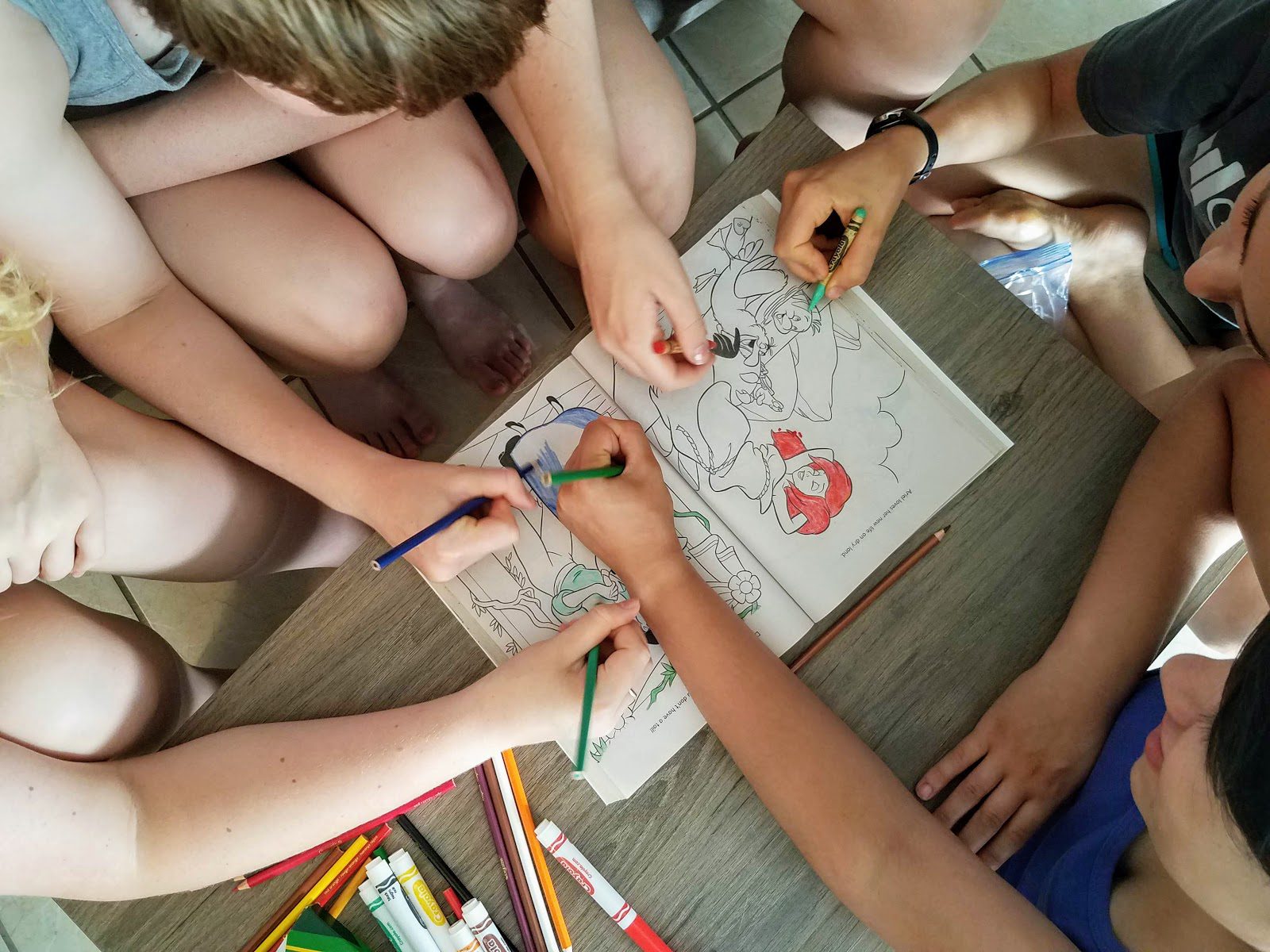 While it sometimes bothered me that I wasn’t doing more Puerto Rican-y stuff with them (with all our guests/volunteers, I’m torn between my all-consuming work and exhaustion on the one hand, and my desire to host and facilitate a meaningful cross-cultural experience on the other), the girls seemed perfectly content to read books, play games, and talk. Whenever opportunities arose, they were quick to create their own adventure. 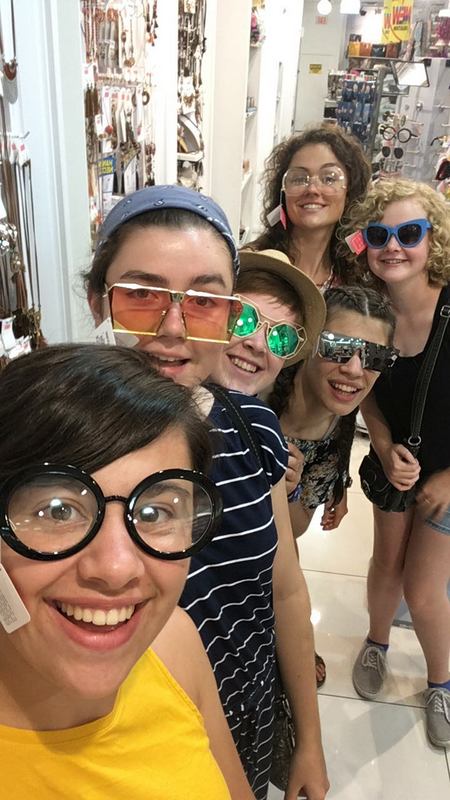 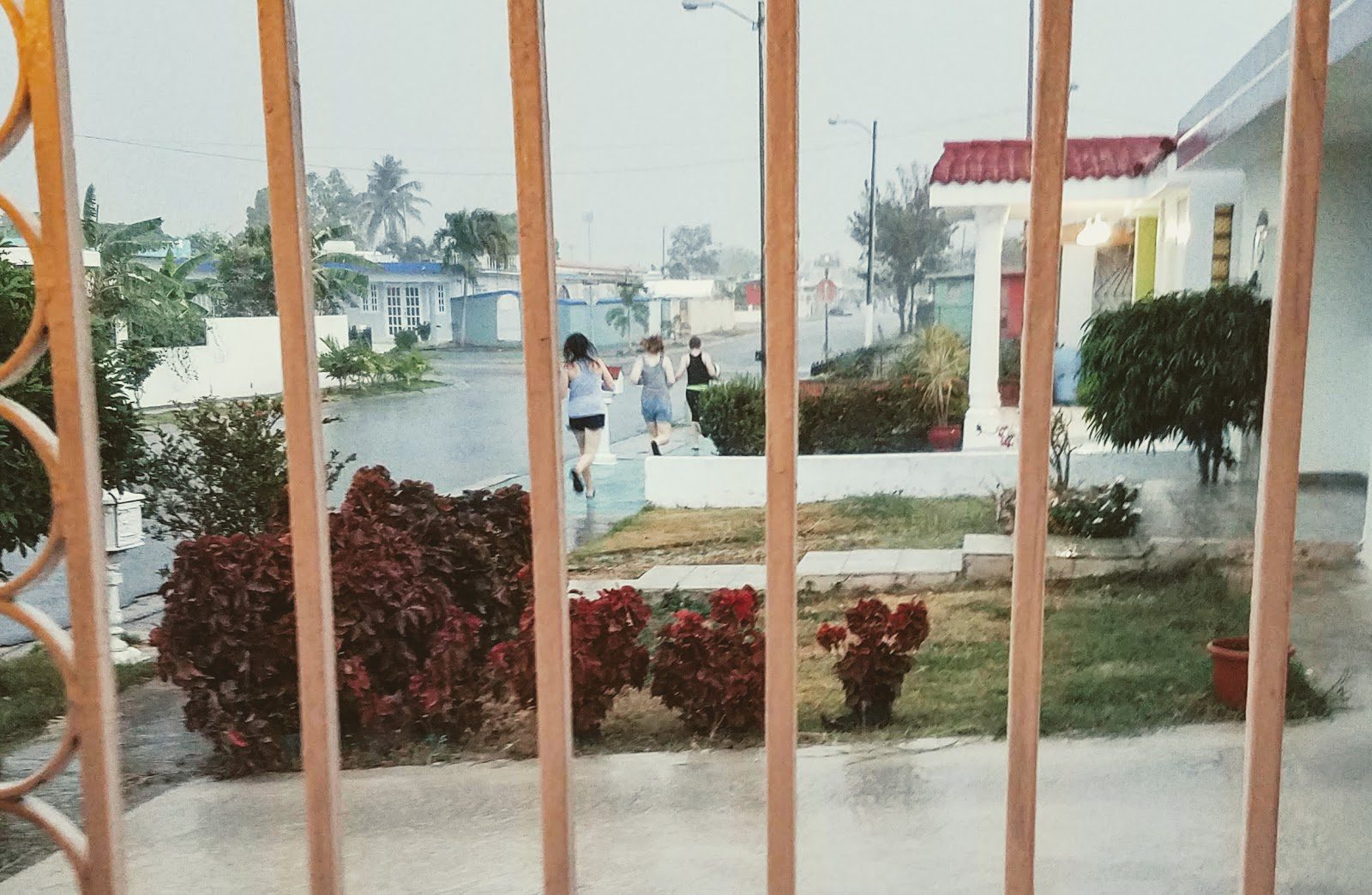 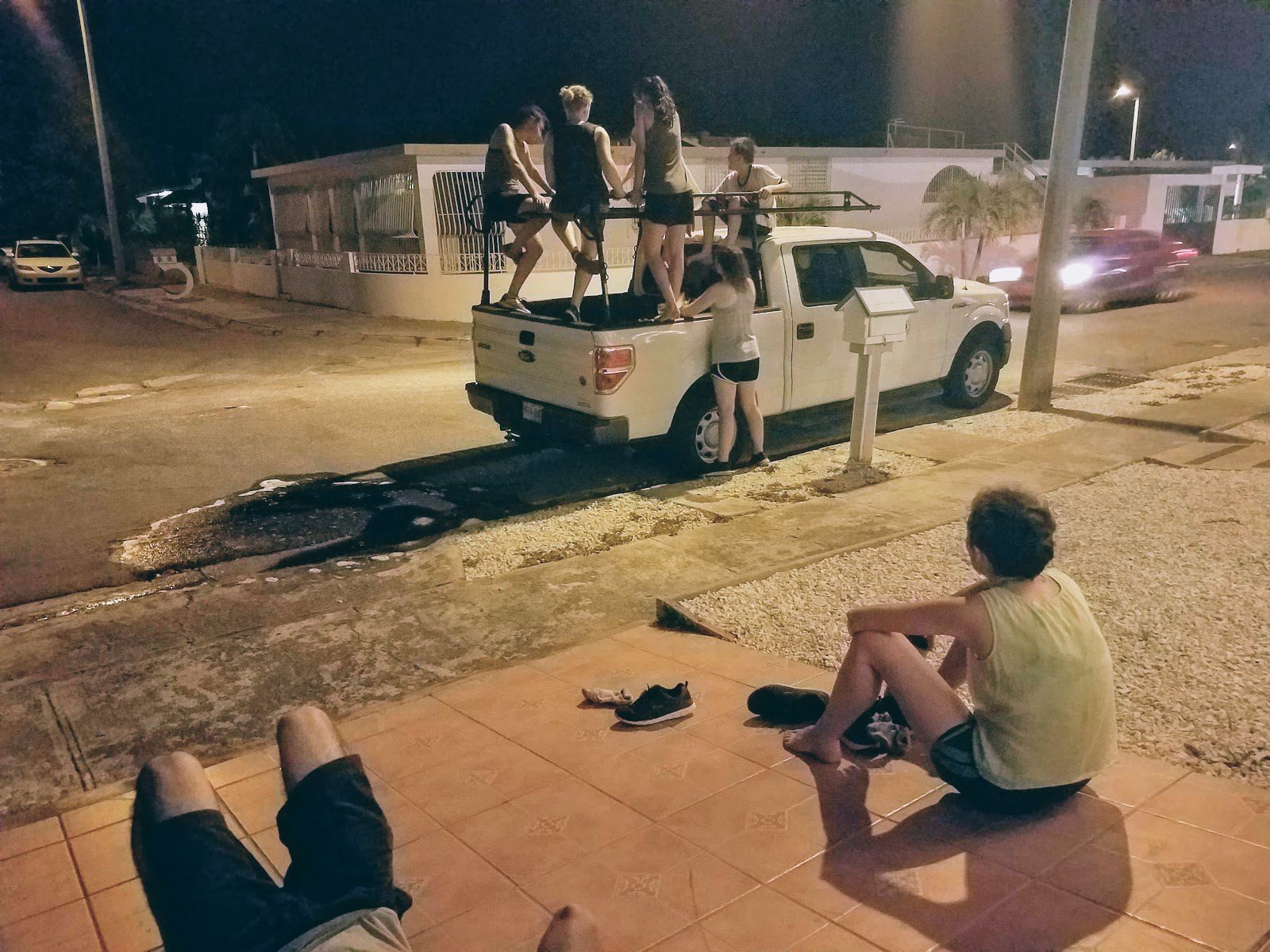 For example:
*At a street food place close to the jobsite, they bought a sample of everything they were selling.
*When a huge rainstorm hit (the first big one since we’ve arrived), they all took off to go play basketball, never mind the fact that they’d just showered and gotten ready for bed.
*They escorted my younger son the four blocks to the barber shop for a much-needed haircut.
*They spent an afternoon at the fancy local mall trying on clothes just for the heck of it.
*They worked for a good three hours — all of their own volition, too — to clean up the basketball court next to our house. 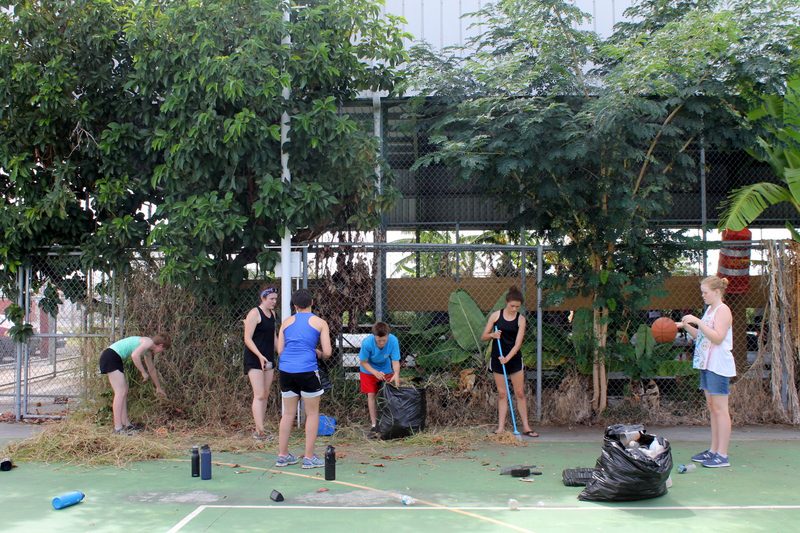 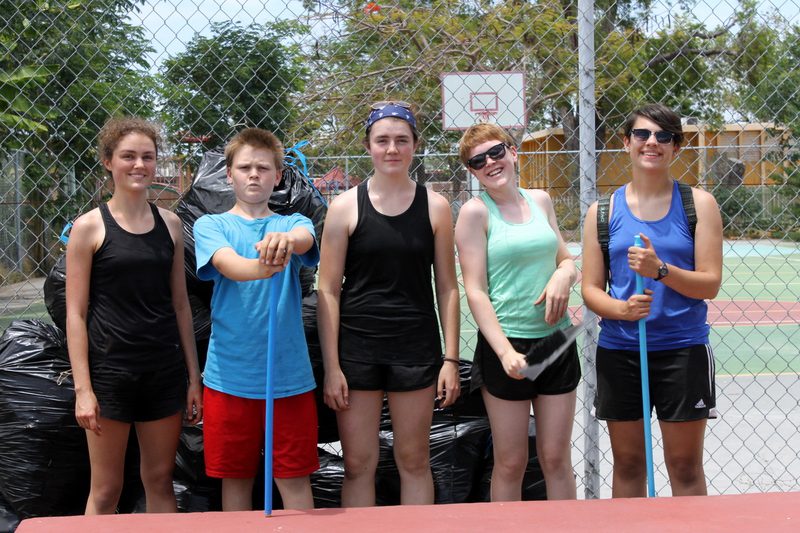 Three of my kids left on Thursday to go to a youth retreat up in the mountains so then we were down to just five girls in the house. Friday afternoon, after a morning of work at the jobsite and a special lunch — Nilda’s visiting relatives prepared sancocho, a Puerto Rican stew of meat and root vegetables — we headed to the beach for a little downtime. 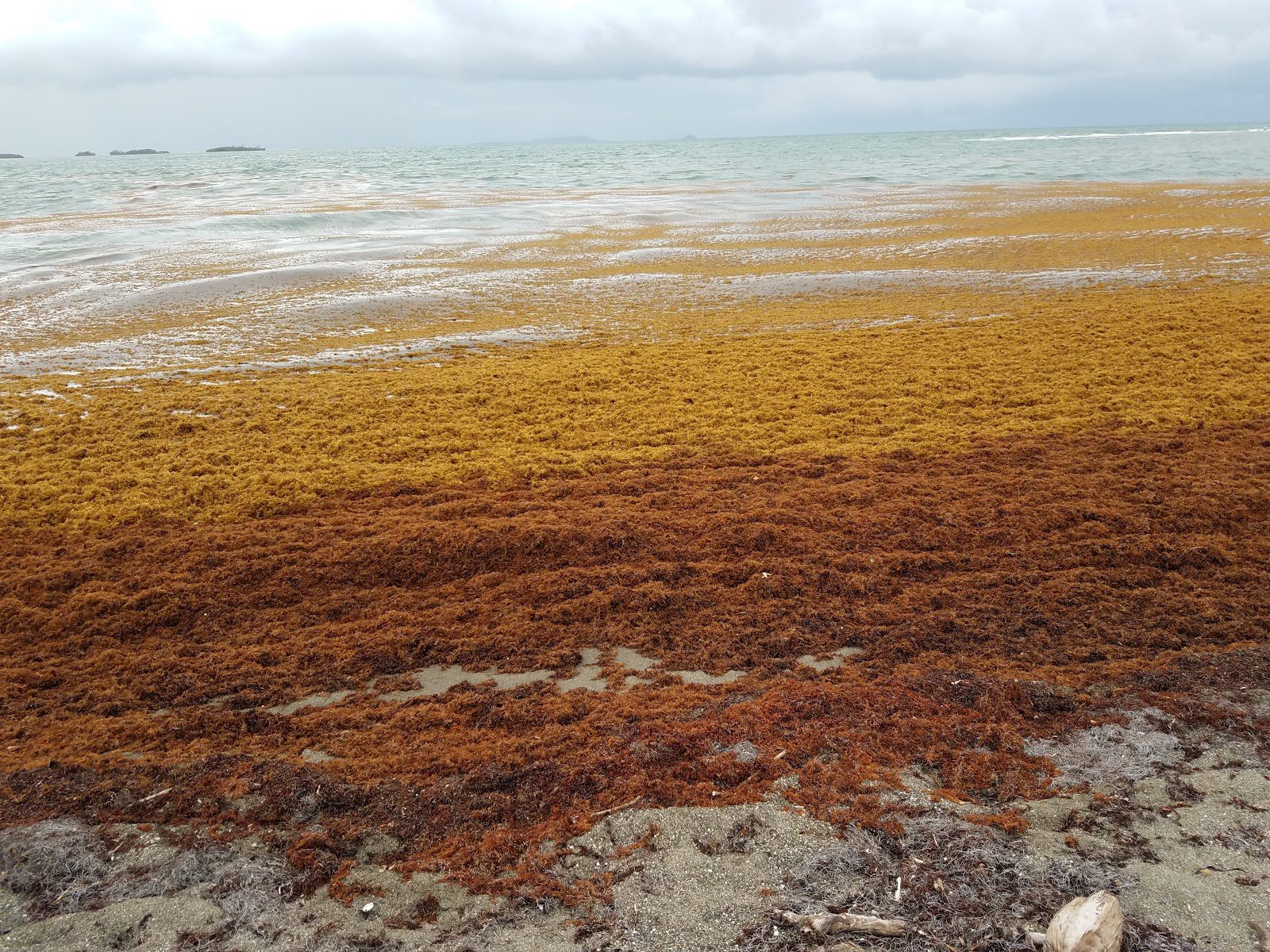 Nilda’s daughter warned us that the seaweed rises to the surface when it’s cloudy, and she wasn’t joking! 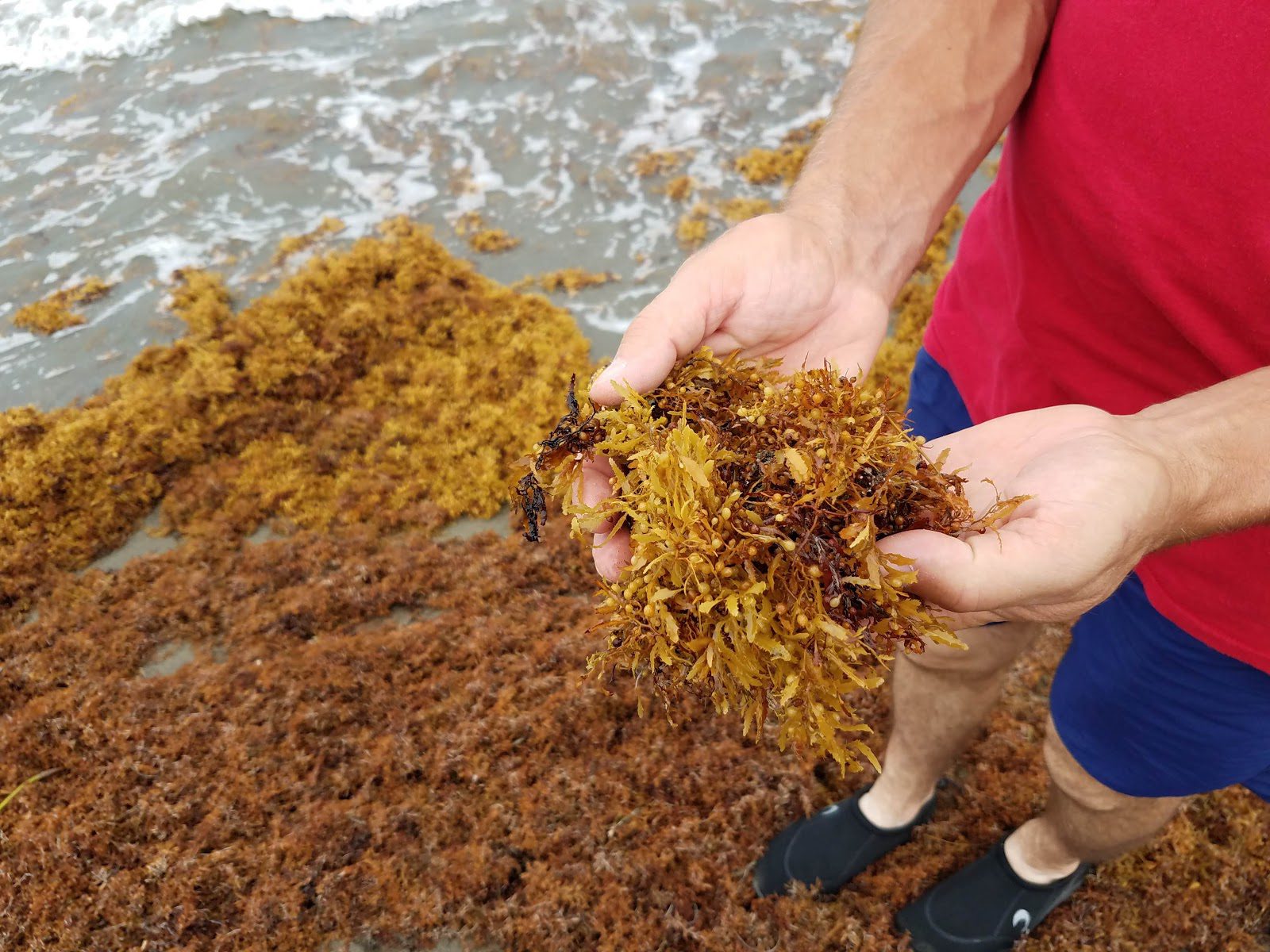 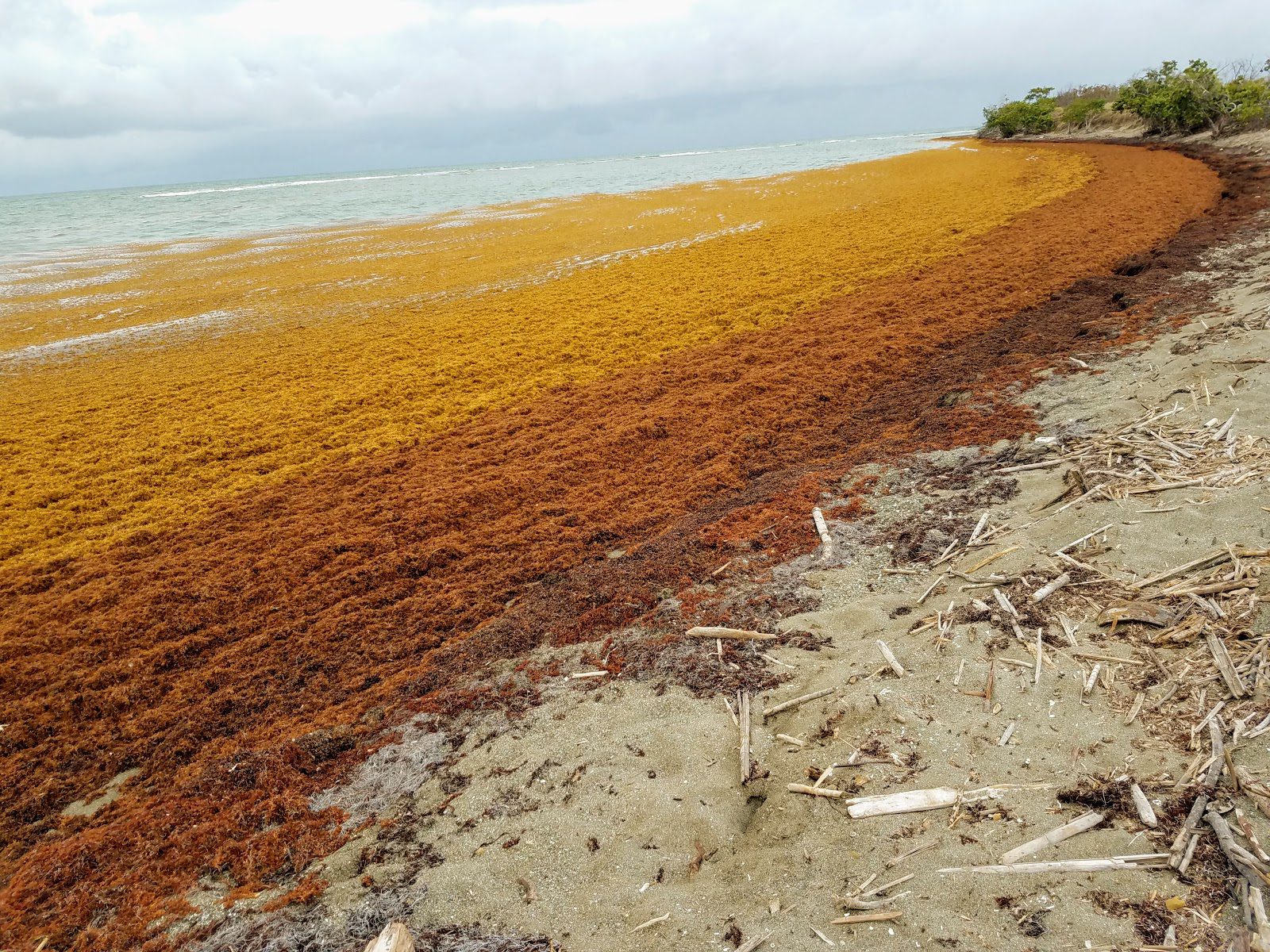 There aren’t many good swimming beaches around Ponce. The main beach in Ponce is kind of ruggedly wild, and people don’t seem to swim there much, but we’ve discovered a nice little spot about a 20 minute walk from the parking area. The water is not super deep, but it’s private (and with shade!) and the waves are big enough to toss you around a bit. It’s fast becoming our favorite hang-out spot. 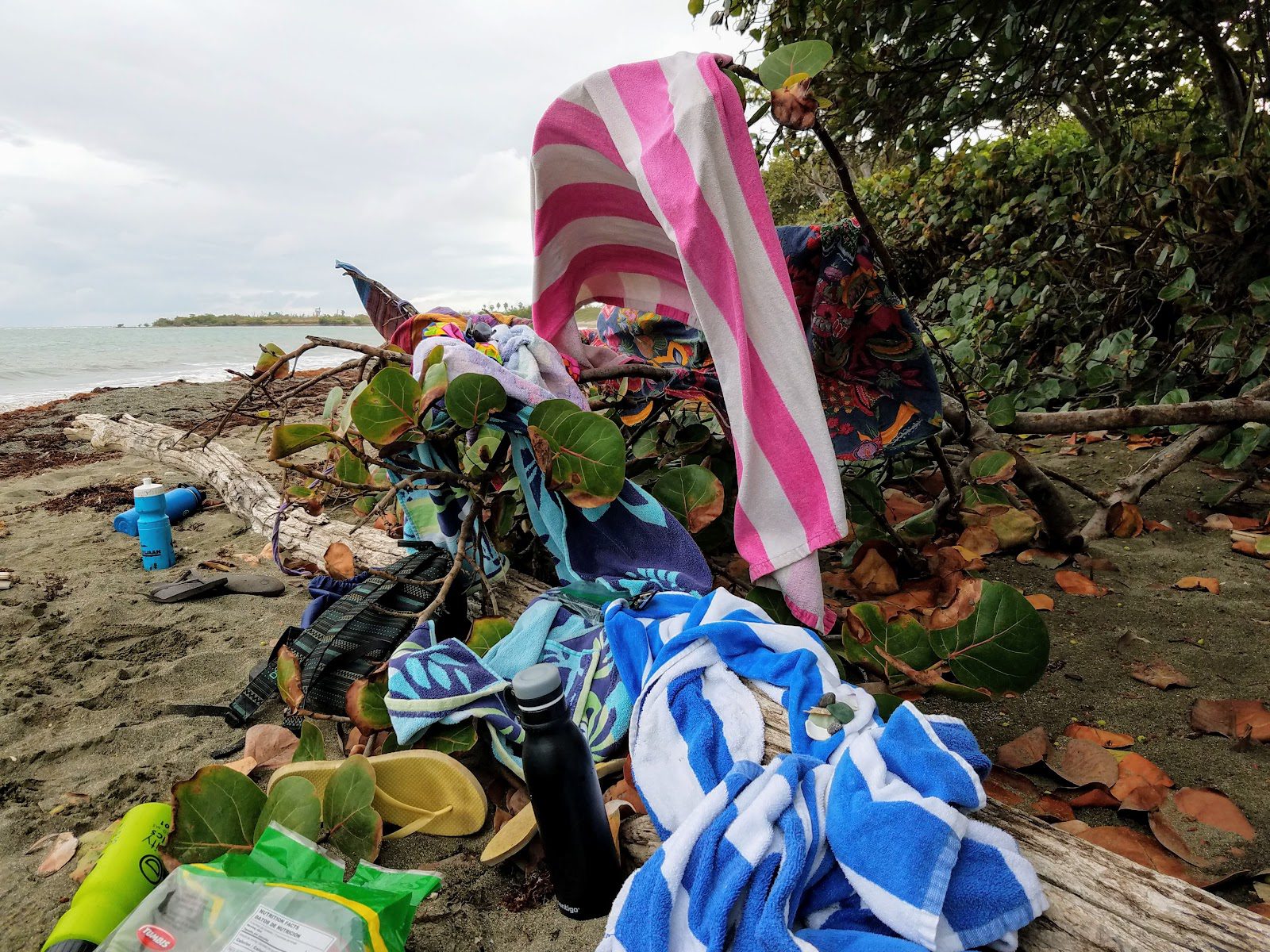 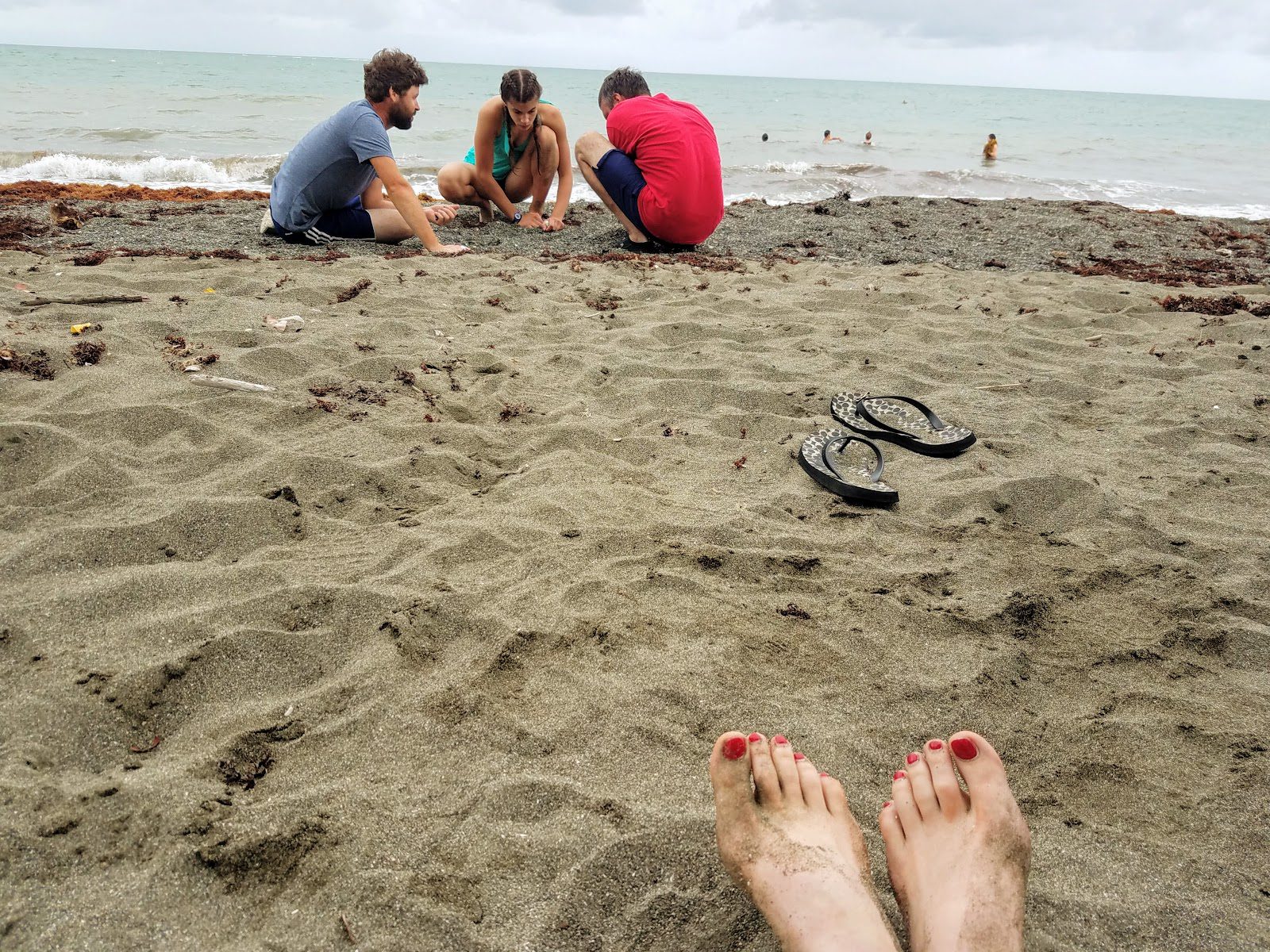 All of us went swimming, and the girls spent hours playing in the water, hurling fistfulls of seaweed at each other (the Caribbean version of a snowball fight?) and trying to ride the waves. On shore, there was some ballet dancing, seaglass gathering, and a bit of sword (plant) fighting. 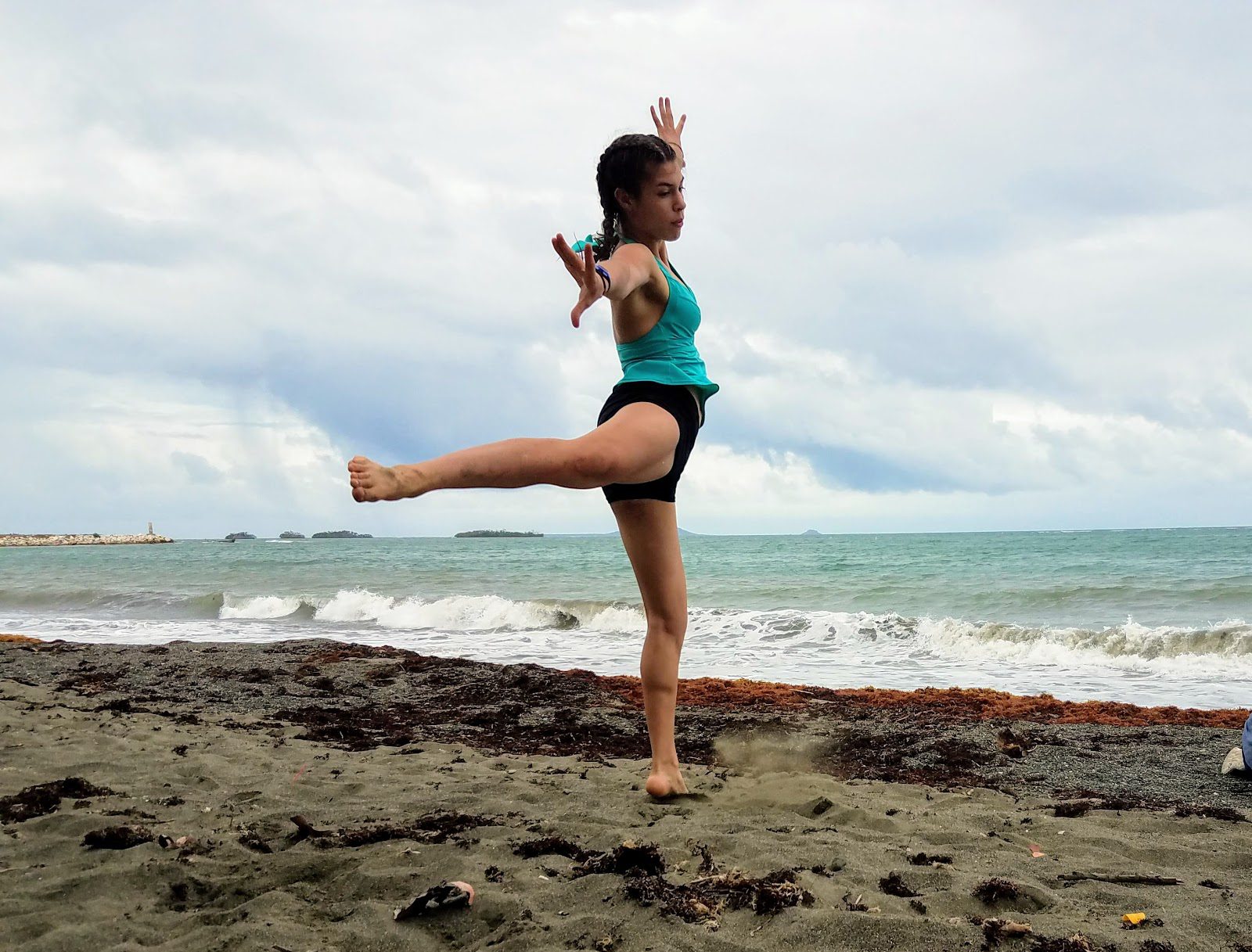 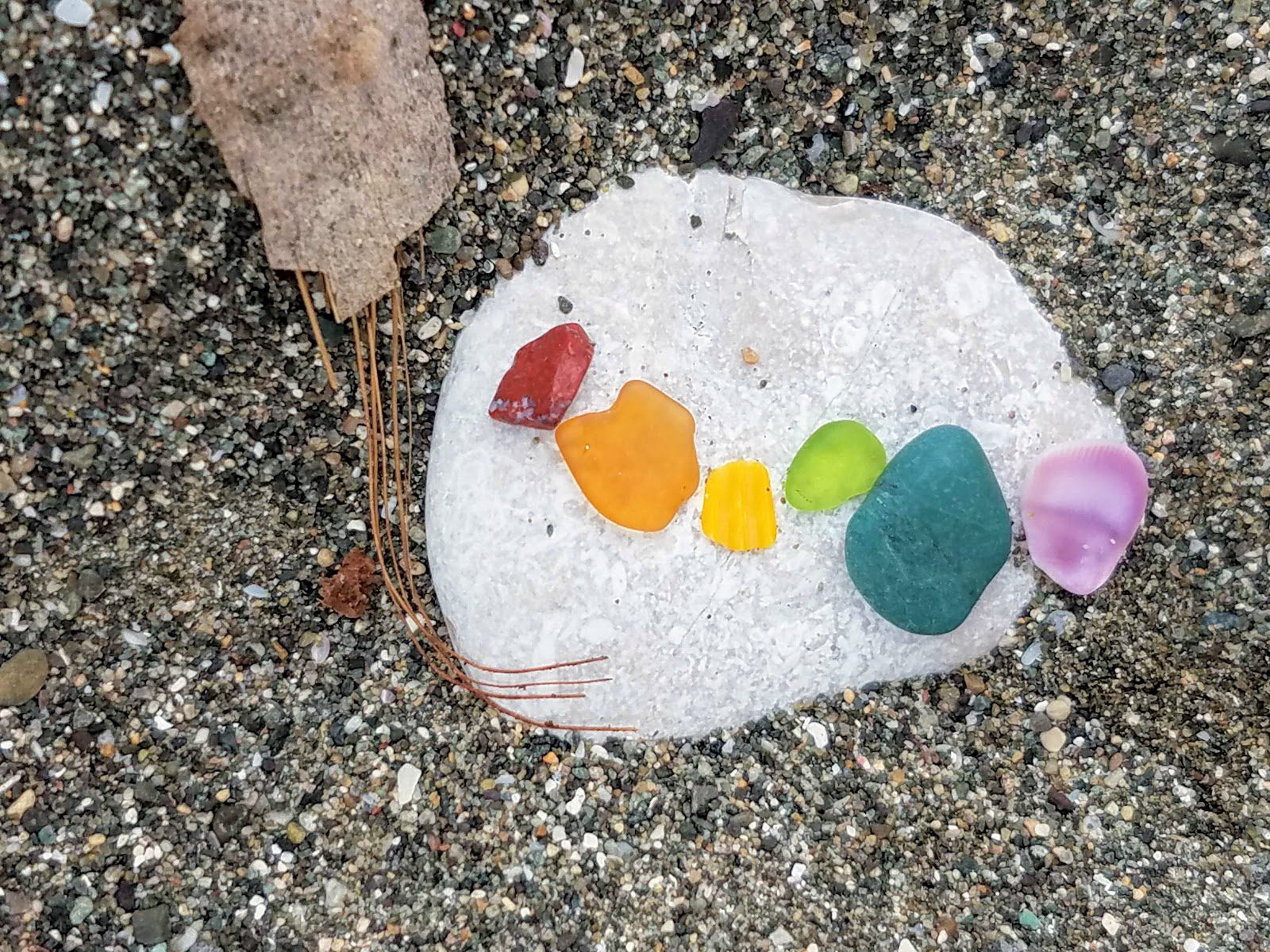 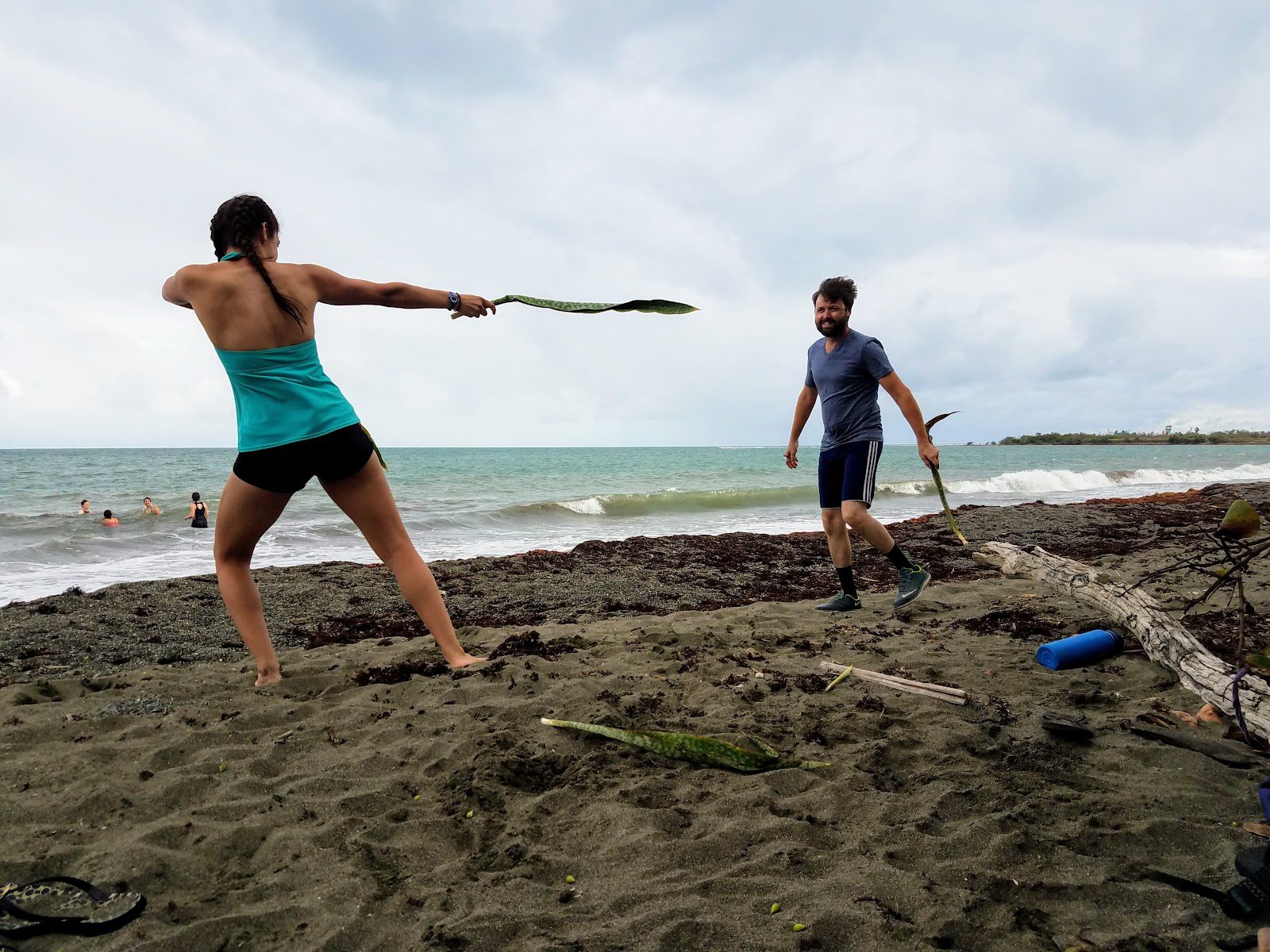 Back home we scurried around getting showers and heating up leftovers before zipping downtown for a bedtime snack of pinchos (Puerto Rico’s famed chicken/beef-on-a-stick) and ice cream. 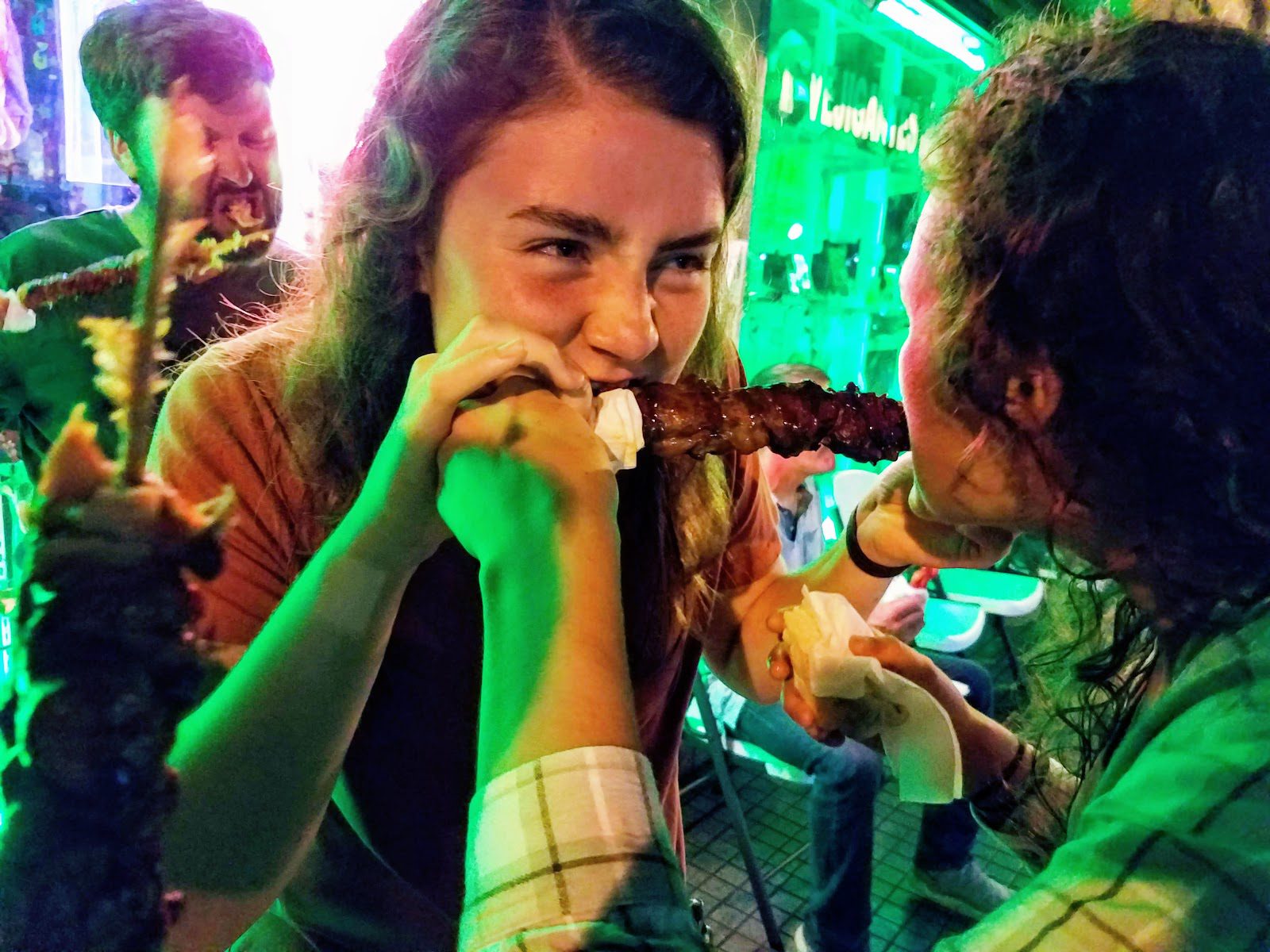 What a treat it was, having those girls here!