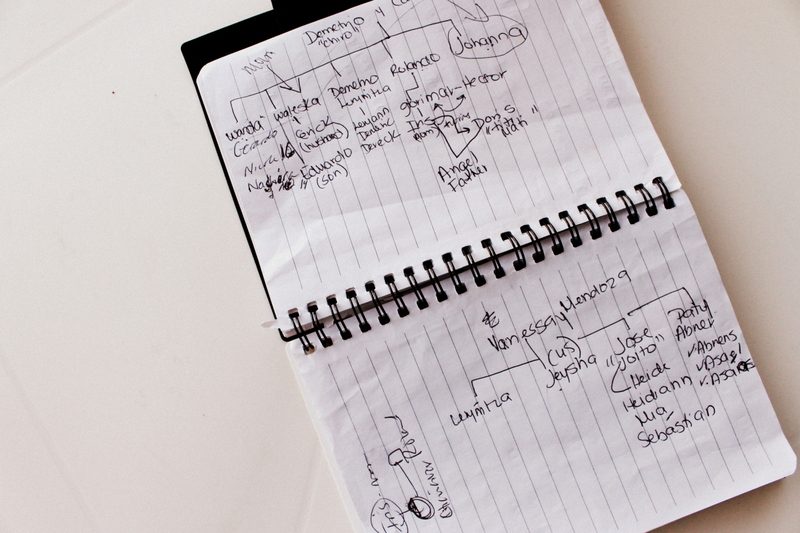 On Sunday after church, we went to Chiro and Lery’s for a Mother’s Day celebration. Both sides of their family were expected for the festivities, so I got Leryann, Chiro and Lery’s young adult daughter, to helped me craft a family tree so I could keep everyone straight.

The day before Chiro had assembled a turkey, stuffed with plantains and ground sausage and lathered with all sorts of spices — cilantro, achiote, oil, sofrito — and it turned out fall-apart lucious. (He also made the ham steaks for the celebratory luncheon at the church that day: out-of-this-world good, they were. Clearly, the man knows how to cook meat.) 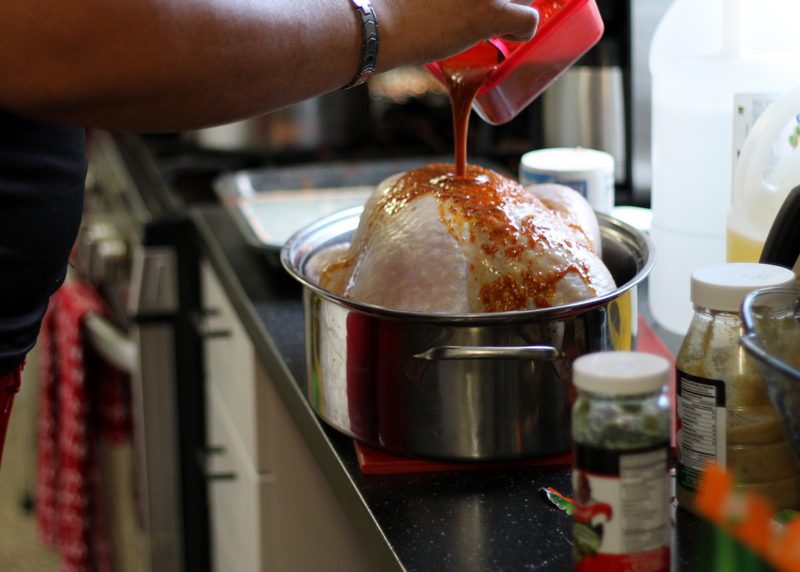 Mid-afternoon, Lery and Chiro’s place started filling up. We heaped our paper plates with turkey and potato salad, rice and coleslaw. Someone brought a huge take-out container of fried goodness — chicken, plantains, etc — and there was never-ending punch bowl, sodas, and bags of chocolate. Oh, and my two cakes (chocolate and carrot) and nutella flan and coffee. And chips and dip and and and … burp. 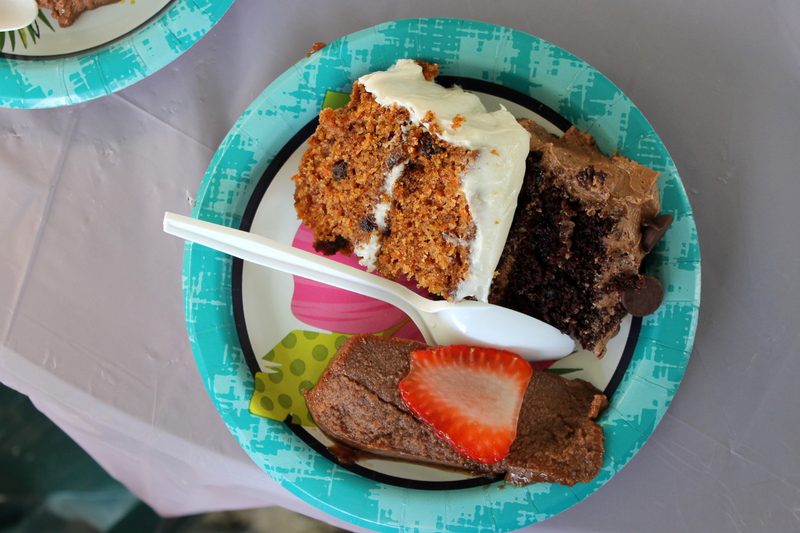 And then people started hauling instruments out to the terrace — a keyboard, guitars, a drum box, bongos, tambourines. Oh good, I thought. Music! Both Lery and Chiro, gifted musicians and singers, lead the worship at their church, and all three of their children are musical — one of their sons (who we have yet to meet) majored in music in college. 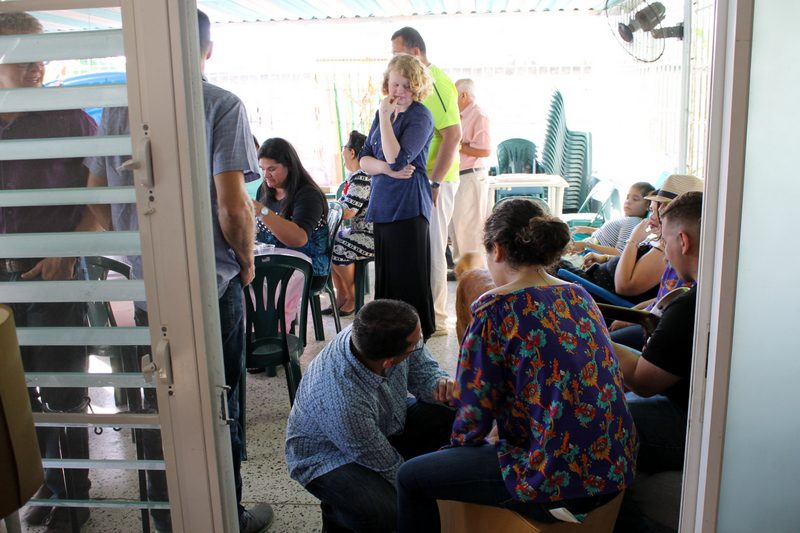 And then the singing started: one large, raucous jam session, really. Someone would start a song and then the rest would join in, clapping, giving the thumbs-up when people landed on the right harmonies, eyes sparkling. I recognized a few songs from the church service, but most were ones I’d never heard before.

But then they launched into “How Great Thou Art” and suddenly I was sobbing. At our family gatherings back home, we often sing together, and here we were, far from home and with people we barely knew, celebrating family in the same unique, intimate way. The song, simultaneously familiar and foreign, pierced me to my core.

Thankfully, I got a hold of myself in time to catch the last bit of the song. Just listen to that ending!

Everyone took turns leading songs. Children played piano pieces and sang solos. Lery, her sibs, and their mother sang an old classic that is often sung at weddings. Even my boys got in on the fun, belting out a couple camp songs. 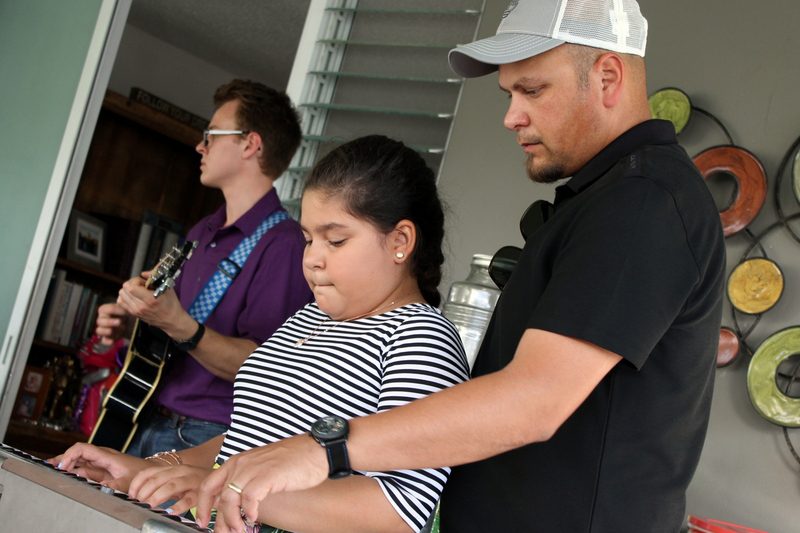 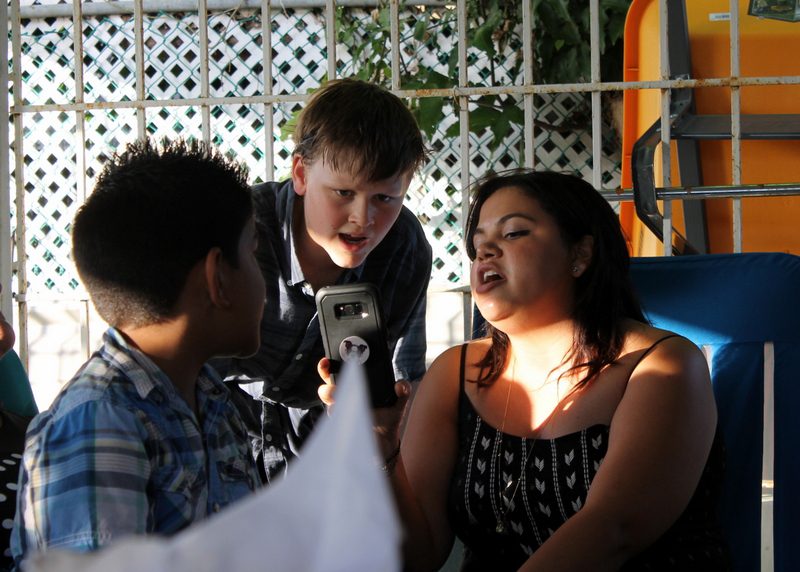 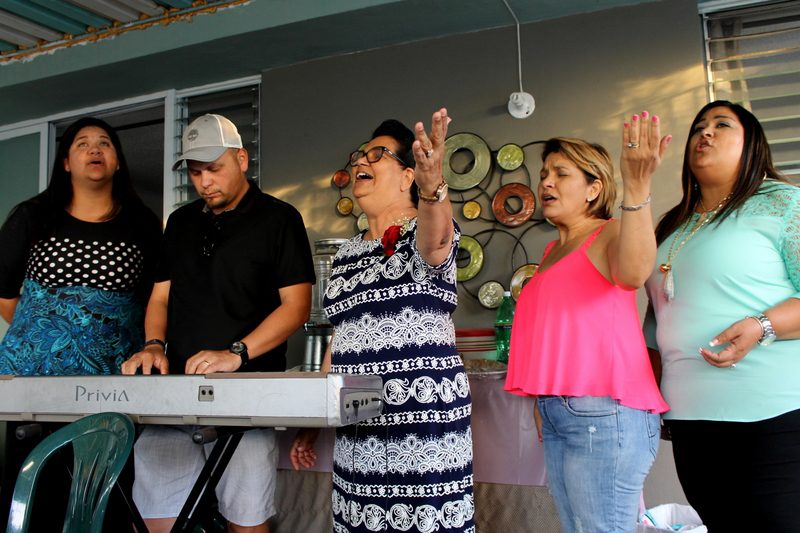 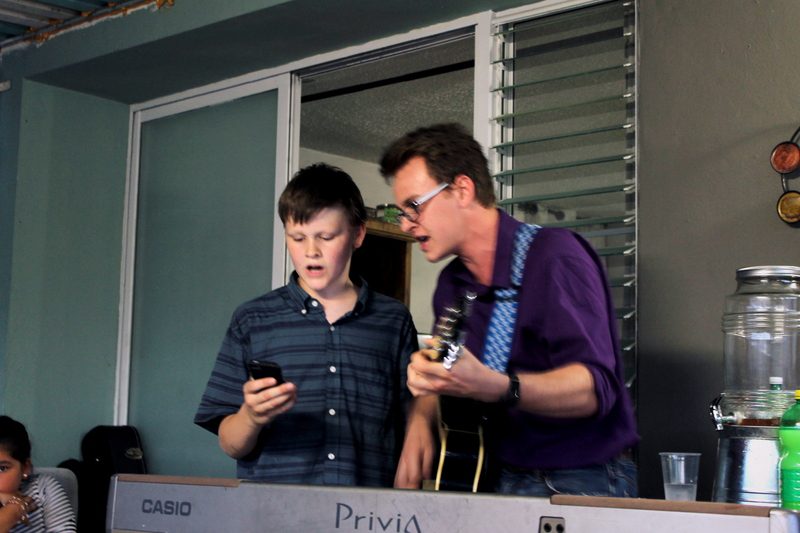 Every single contribution was met with enthusiastic shouts, earth-shaking applause, and much laughter, and four hours — FOUR HOURS!!! — later they were still going strong.

Eventually, some people decided enough was enough but others wanted to keep going. And for even that there was a song, but of course:

note our younger son dancing in the background

Clearly, we have landed in a musical family. It is glorious.