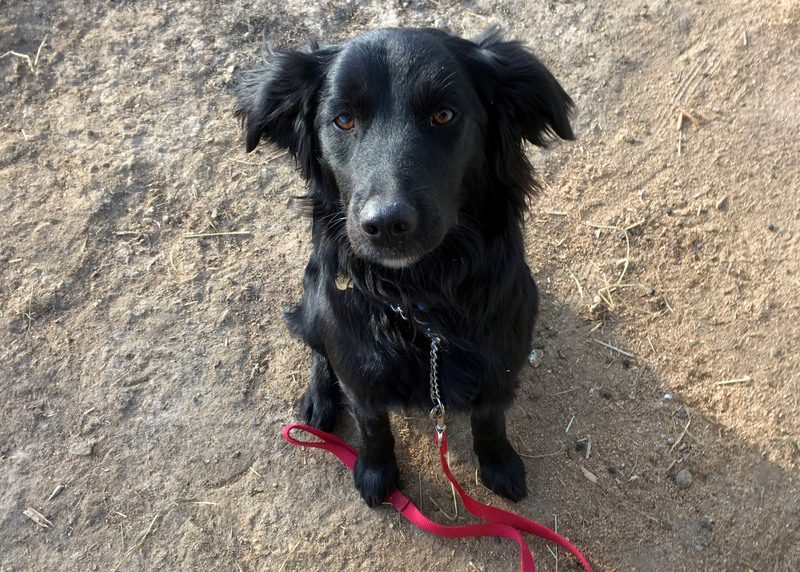 The man who called to alert us said he found her body in the road about a mile from our house. He pulled her to the side of the road. She was still warm, he said.

The children had just gone to bed. We told them the news. My husband and older son retrieved the body. Alice looked just like herself, her body unmarred. Ruffled by the blustery night air, her soft fur smelled fresh and clean.

My husband and son dug a deep hole by the back deck. My daughter removed her collar and dog tag. We wrapped her in an old pink blanket. The girls shoveled in the dirt.

“We can plant a special bush,” I said.

“Or a red fern,” my older daughter said.

On my younger daughter’s birthday, less than two months ago, she wanted to recreate the last year’s birthday, the moment when we’d surprised her with Alice. She changed into the same skirt she’d been wearing that day, and my husband delivered Alice — this time big and squirmy — into her lap while I took pictures. 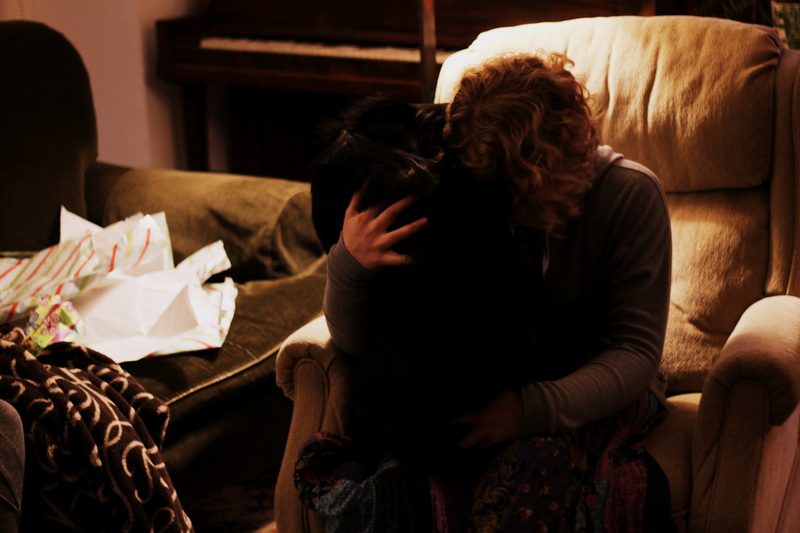 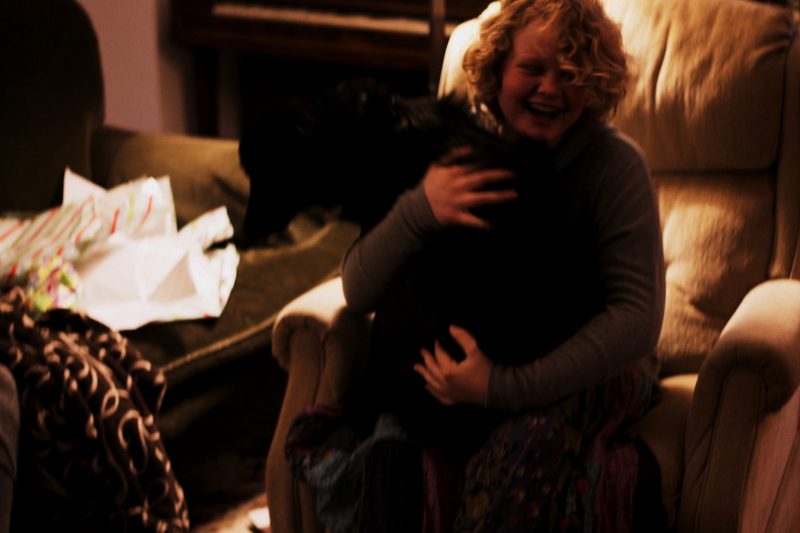 They turned out just as blurry as the first time.

My husband often teased me about my affection for Alice — You’ve totally fallen for that dog, Jennifer — and I’d roll my eyes, but it was true. I’ve always liked our animals — been fond of them even — but I’ve never liked any of them as much as Alice. She was so alert, so curious and playful. She was expressive, and smart. And she loved to run.

All our dogs have roamed on occasion — slipping through a left-open gate or a hole in the fence — so it took as a little while to catch on that this was different. Alice wasn’t just sniffing around the neighboring fields, she was running, perhaps for miles. Charlotte would run with her, but being so little, she struggled to keep up and came back footsore.

So we buckled down. We borrowed an electric shock collar. We kept the dogs in the kennel, or tied. When they were loose in the yard, we’d watch them. But even so, they still managed to get away every now and then.

That’s what happened last week. She made off when no one was looking.

None of us slept well that night. The next day I canceled everything and stayed home with the children. I gave the girls regular chores. I made granola bars. My daughter put daffodils on the grave. We cried a lot. 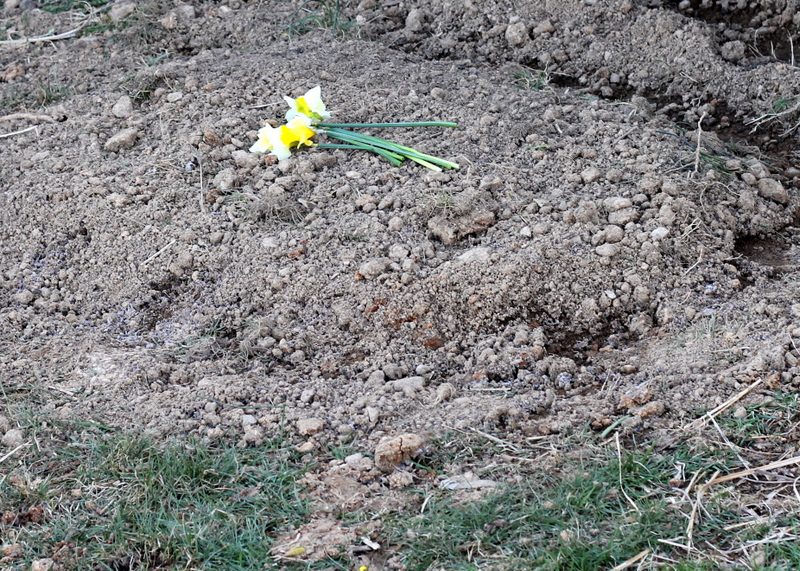 I suggested to the girls that we go run some errands, to get out of the house. My older daughter didn’t have the energy to join us, so just my younger daughter and I went. We stopped at Target to return a shirt we’d gotten her for her birthday and to pick out something else, but she only tried on one shirt before quitting. Her heart wasn’t in it.

That evening my father stopped by with a bouquet of flowers for my daughter. 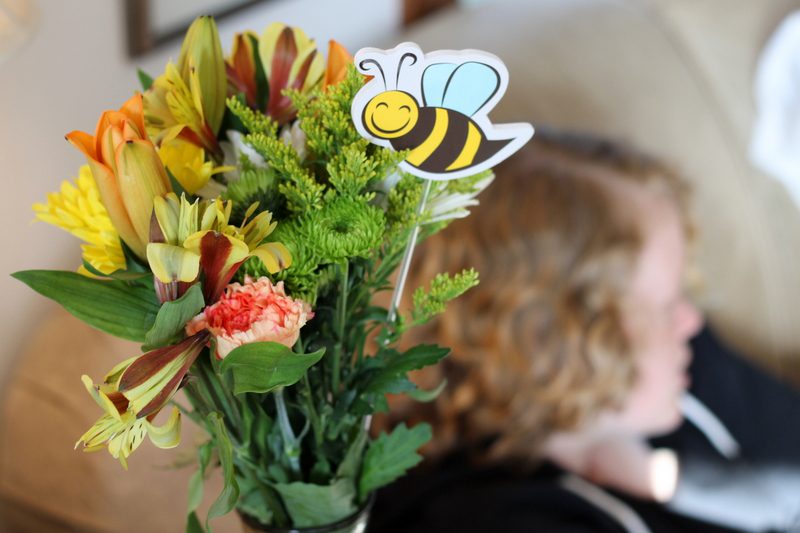 My sister-in-law texted that they’d be bringing us dessert that evening, and after supper my brother stopped in with a pie — strawberry rhubarb, made by my ten-year-old niece — along with a bouquet of wildflowers and a packet of homemade cards from the cousins. 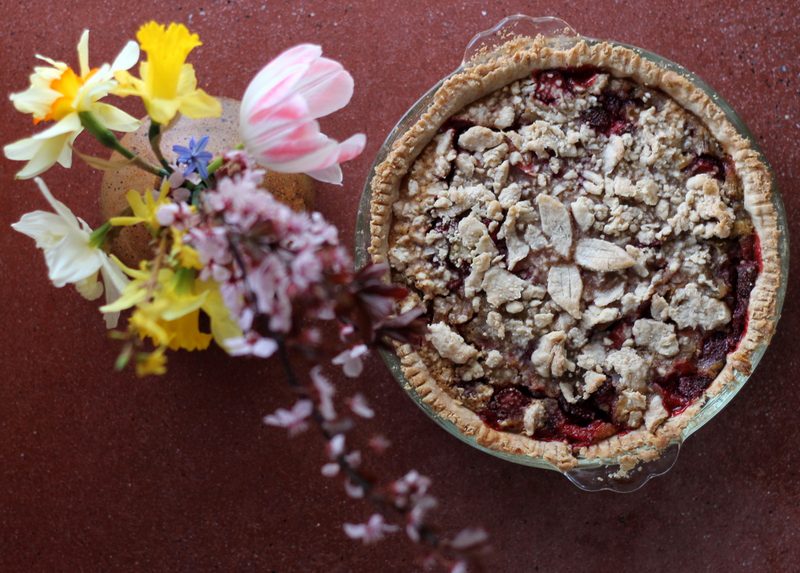 The shock is wearing off now, but the grief still comes, unbidden, in waves. Even though we joke and laugh and fight, there’s an undercurrent of sadness. Eventually it won’t hurt so much, I tell the kids. It’s okay to cry. And so we do.