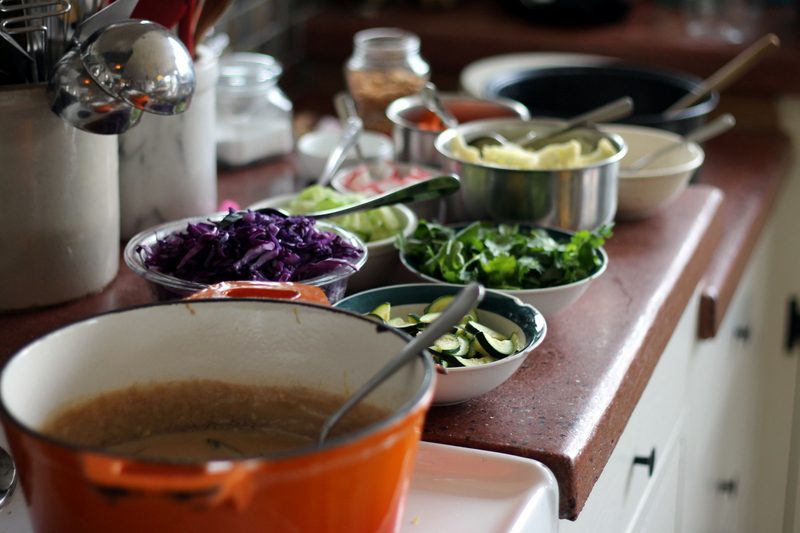 Last week, Amanda posted a photo of their supper spread — gado gado it was called: a variety of steamed vegetables over rice and topped with a peanut sauce — and it looked so utterly fantastic that that very afternoon I swung by the grocery store for the sole purpose of acquiring the proper ingredients: purple cabbage, cucumbers, cauliflower, and cilantro.

The meal was simple to make — pop rice in the cooker, make a sauce, and prep and steam the veggies — our supper plates that night were spectacularly colorful, the meal so wonderfully light. After all the winter fare, it was just the thing. 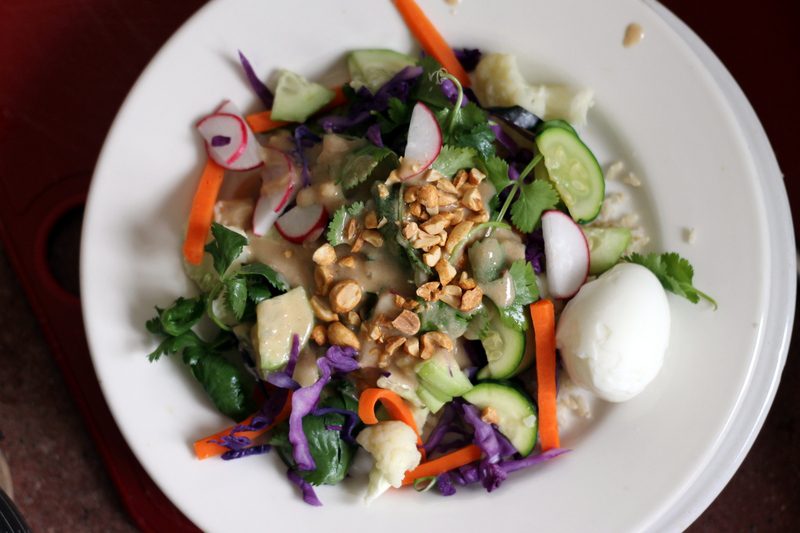 And the rest of the family liked it well enough, but…

“It’d be better with chicken,” my older son said.

So when we ate it again for lunch the next day, this time it came with a piece of grilled chicken on top. 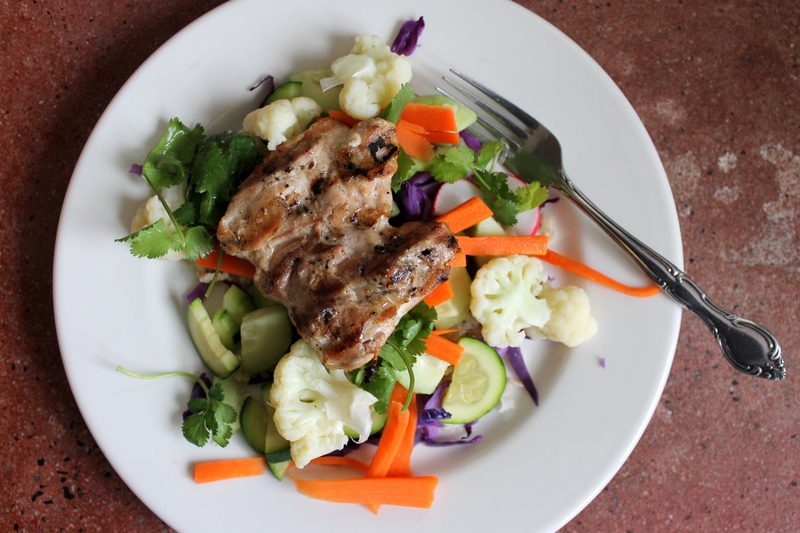 And they were right — it was better.

Gado gado is basically just a salad, but with the veggies steamed instead of raw. I prepped all the vegetables at once and then steamed them, one vegetable after the other, only taking about two minutes for each batch — when done, they should be still a bit crunchy. Once steamed, the veggies can sit at room temp for a couple hours, or store in the fridge until ready to use.

I though the peanut sauce a little flat, flavor-wise, and have since done a little research and determined that one tablespoon of fish sauce may do the the trick.

Saute the onion and garlic in the peanut oil until tender and translucent. Add the fresh ginger and cook for another minute. Add the remaining ingredients and simmer for 15 minutes.

To serve:
Put rice on the place and then pile on the vegetables. Add the boiled egg and chicken, top with lots of peanut sauce (treat it like a gravy), and sprinkle with nuts.