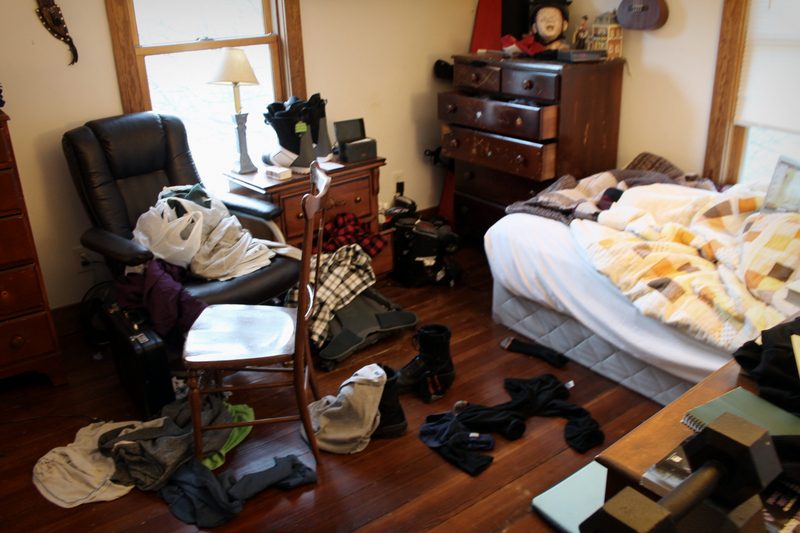 Shortly before eight o’clock this morning, before leaving to take my daughter to a (routine) doctor’s appointment, I ran up to the boys’ room to give them a few instructions. I sailed into the middle of the room — earlier, trotting up and down the hall, I’d noticed the lamp light shining out from under the door so I knew they were awake — surveyed the chaos and both boys, cozy in their beds, and said, “Don’t move. I’m getting my camera.”

Their room makes me want to pull my hair out. With the hardwood floors and three big windows, it has so much potential, but the boys could care less. Just a few weeks ago, my older son removed the area carpet — I forget why — so now there isn’t even a rug to soften the space. I’ve mostly given up on getting them to keep it tidy, though every couple days, like today, I’ll lay down the law: NO LUNCH UNTIL YOU PUT YOUR CLOTHES AWAY. And then they do, but it hardly makes a dent. Clearly, this room won’t be appearing on a Pinterest board any time soon. 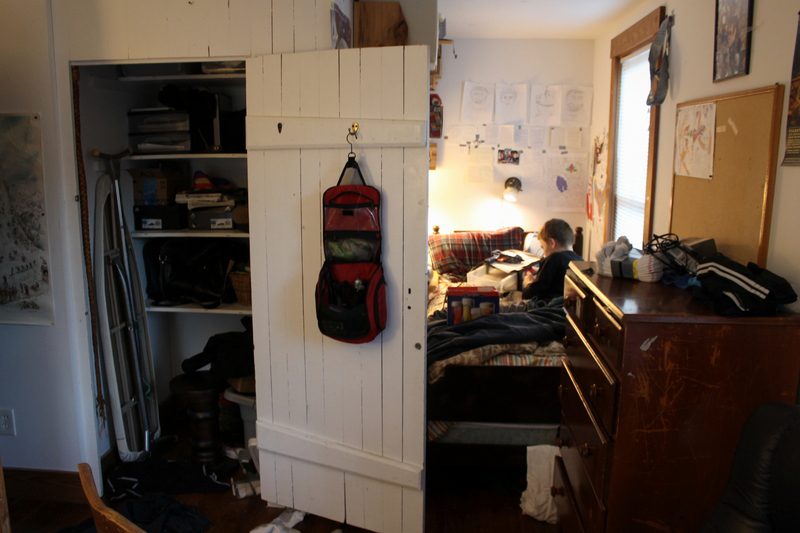 Oh, well. At least the space is getting used. And if the boys don’t mind the mess — on the contrary, they practically revel in it — then why get my panties in (too much of) a twist? 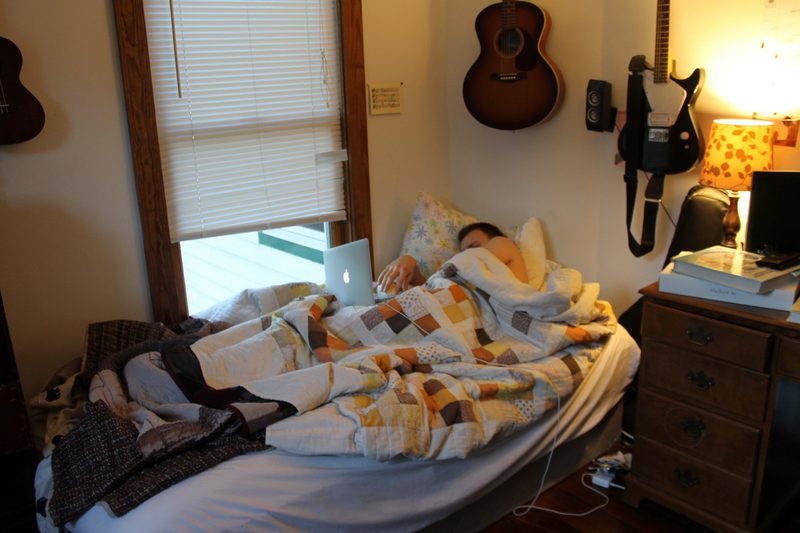 This morning when I stormed in, my older son was watching a lecture in preparation for his Anatomy and Physiology class that started today. (He called me afterward to tell me he loved the professor. She’s so enthusiastic, he said, that at one point she jumped up on a lab table while lecturing.) 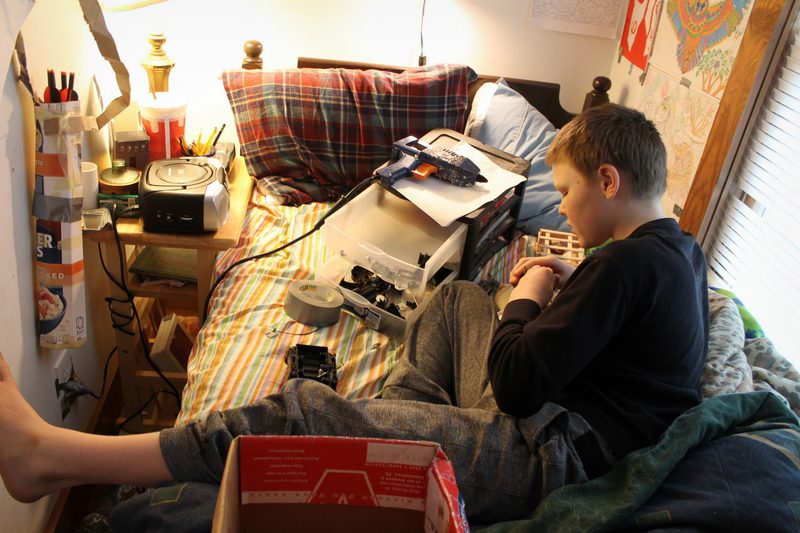 My younger son was working on the control panel from his remote control car. He’s dismantled it to see how it works. Last night he showed me the three motors, one for the steering, one to spin the back wheels and one to spin the front wheels — I appreciated his excitement, but the subject matter made my eyes glaze over — and later this morning I found him at my computer watching a how-to video on installing solar panels. (And yes, that is a glue gun in his bed. Why do you ask?)

This same time, years previous: our little dustbunnies, one year and one day, the quotidian (1.9.12), earthquake cake.