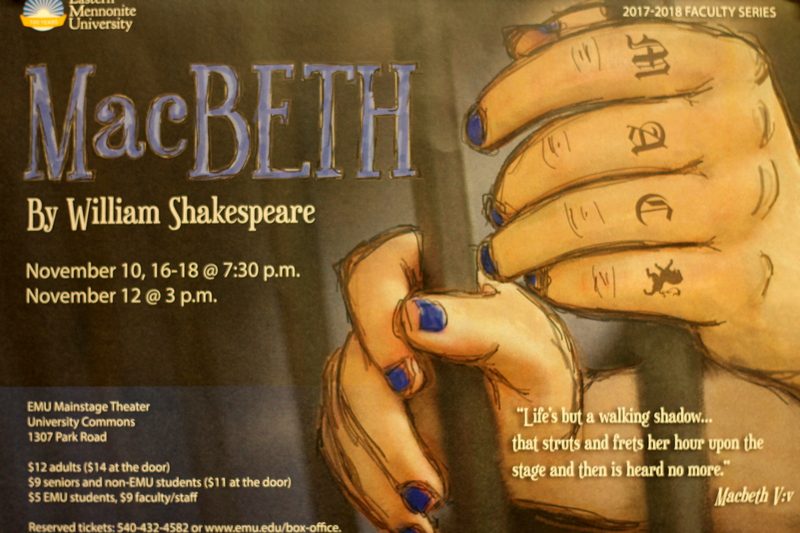 I’ve always had a sneaking suspicion that my younger daughter, if she’d just break free of her inhibitions, would enjoy acting (says her mother, the woman who wasn’t brave enough to act until she was thirty-five). So a couple months ago when I learned that my friend, the head of the theater department at Eastern Mennonite University, would be reworking MacBeth for a female cast (because she has mostly female students and wanted them to get a chance to dig into some of the more meaty Shakespeare roles), I asked my daughter if she’d like to audition.

She hesitated. “I don’t want a speaking role. And I’d rather work backstage.”

“Well, how about you audition anyway, just to do it. On the audition form, you can say what you’re willing to do.”

“Listen,” I wheedled. “If you get a role you don’t want, you can always say no, right?”

And so my daughter did her first audition. A friend of ours, an EMU student, went to the audition with her to provide moral support and help her prepare (shout-out to Clara!). And my daughter got just what she wanted, a non-speaking role as an inmate (because this version of the Scottish play is set in a women’s penitentiary, how cool is that?) 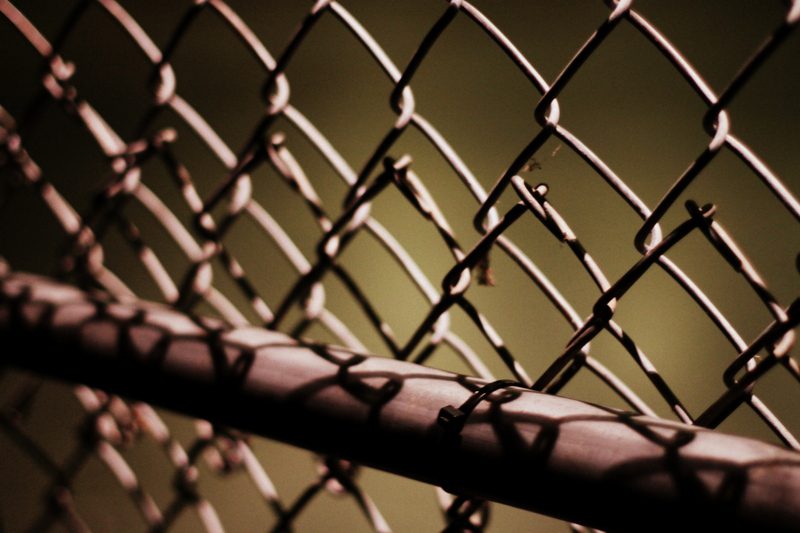 For the most part, my daughter’s been mum about what goes on in rehearsal. I did hear about the fight director who came on Wednesdays to teach combat, and once when I arrived to pick her up, I walked in to see my child holding another actor in a stranglehold while stabbing her in the back and bellowing with rage. 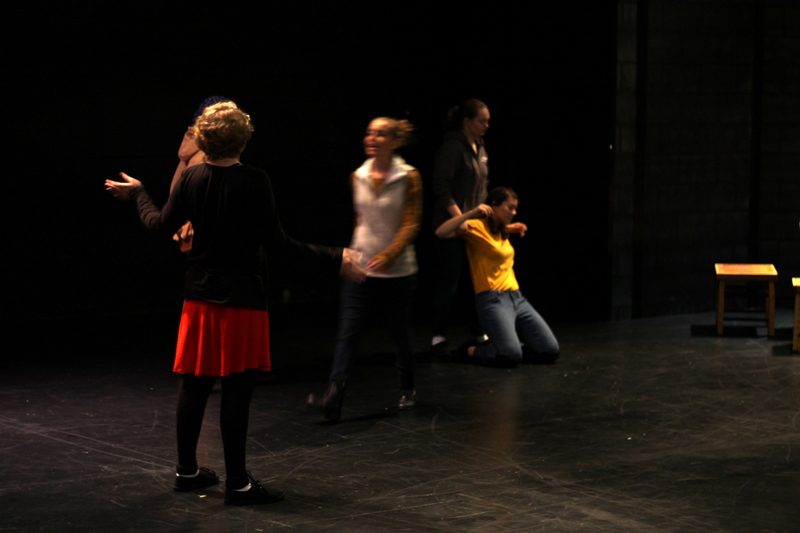 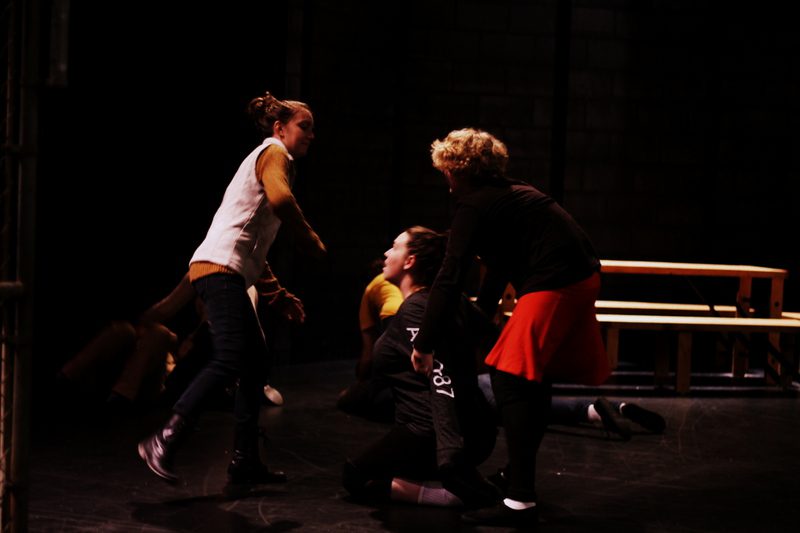 She told me she got to eat and drink on stage, too — she was quite excited about that. And then dress rehearsals started and she began waltzing into the house late at night sporting black eye makeup and neck tattoos, oh boy. 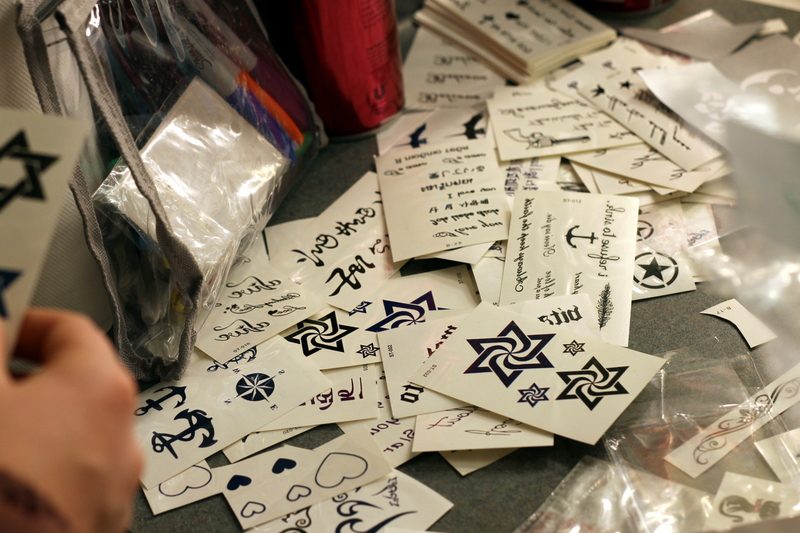 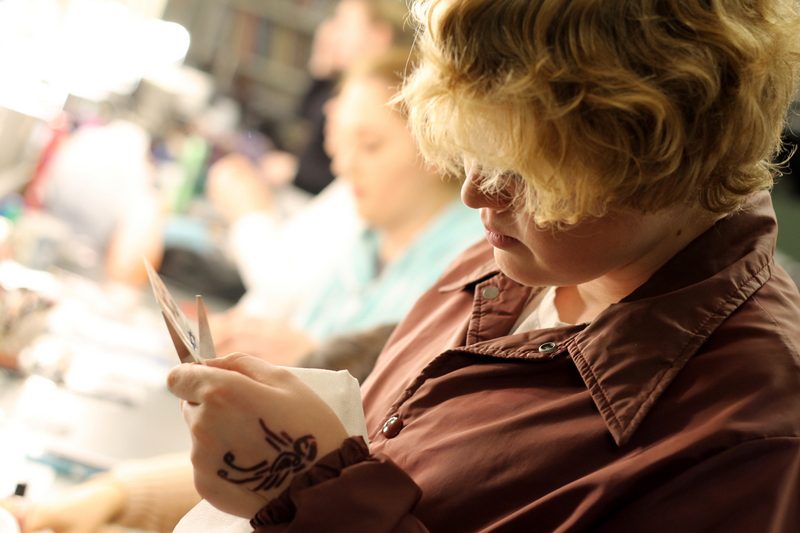 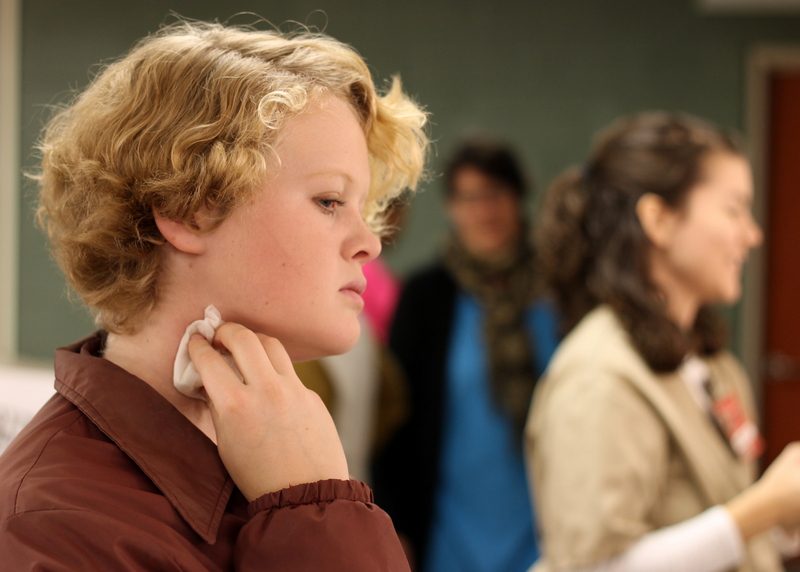 The show opened last week. I have yet to see it (can’t wait!), but a couple of the other kids saw it already and thoroughly enjoyed themselves. (My brother and sister-in-law saw it, too — my sister-in-law said it was so full and rich that as soon as it was over she wished she could see it again.) 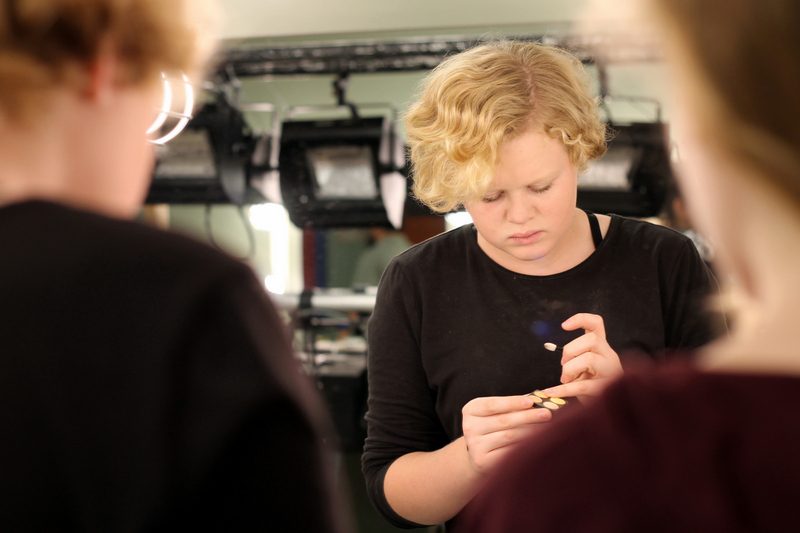 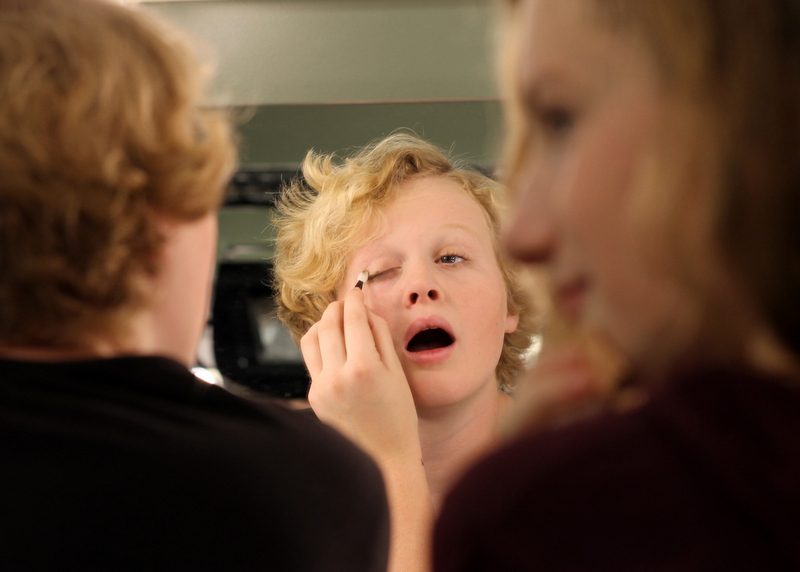 Sunday afternoon (when I went to hang around the green room, observe the fight warm-ups, and watch my daughter get ready) was the first time I had seen the set — seen anything, really — and it kind of pulled me up short. The tall chainlink fences, the industrial lighting, and the concrete walls bring the harsh reality of prison to life. It’s disconcerting. 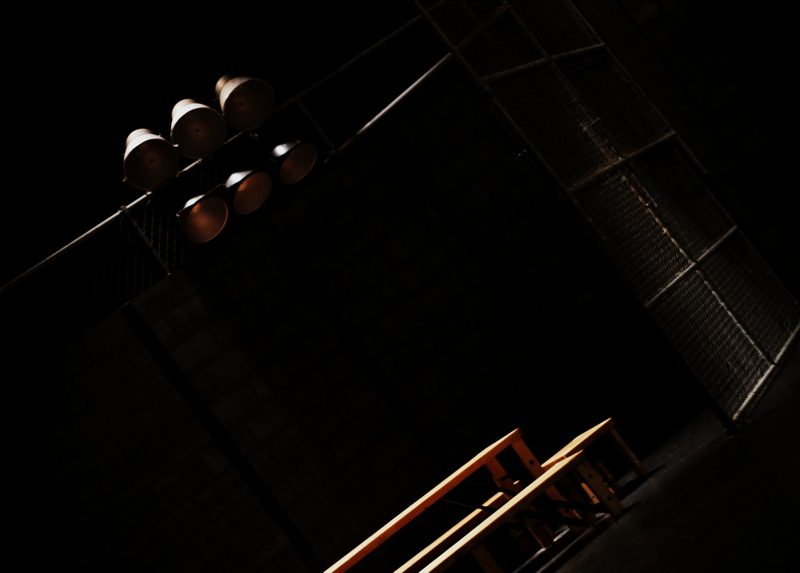 I’ve heard reports that my daughter, who also gets to play janitor and mop up all the blood (and on opening night actual vomit!), plays a delightfully sullen inmate. When I heard that, I busted out laughing. I could just see her angrily pushing a mop bucket around and ramming into anyone who gets in her way. I live with the child, after all. She’s been rehearsing for this role for years. 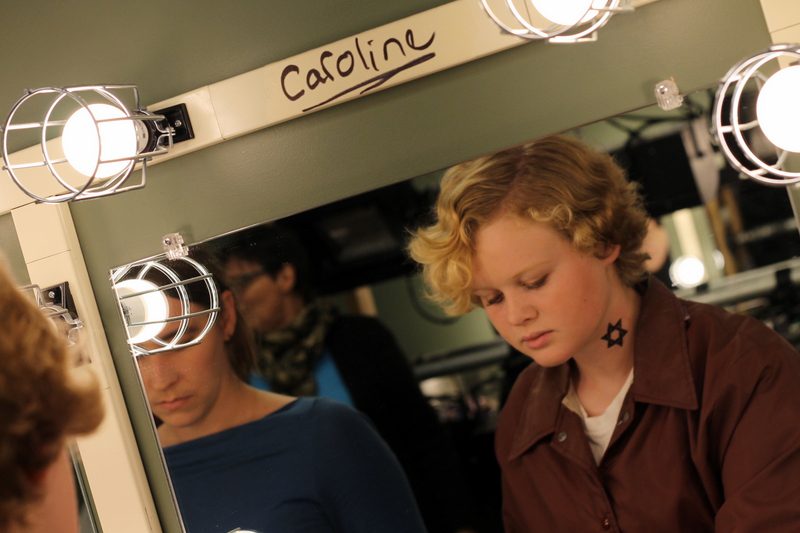 The other day I asked her if she’d be interested in auditioning for another play. “Yeah, maybe…” she said with her typical reserve, but her body told a different story. It had snapped to attention — she was suddenly sitting on the edge of her seat — and her eyes were sparking. 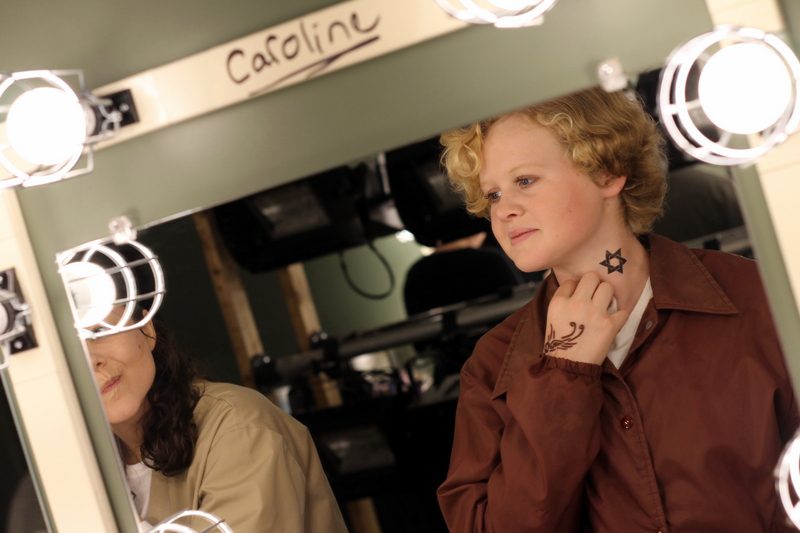