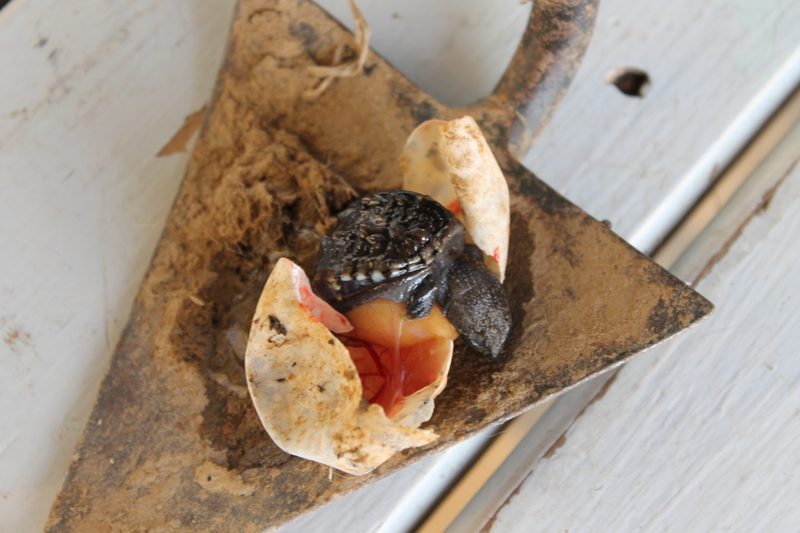 A few months back, my husband uncovered a nest of turtle eggs at the job site. “What’s with all the ping-pong balls?” he asked. My older son identified them as turtle eggs and brought them home where the younger kids filled a bucket with dirt, put the eggs in and then covered them with more dirt. They parked the bucket in a sunny spot in my flower bed, but after a couple months of nothing happening, I ordered the bucket gone, so they moved it over by the tool shed.

Last week, my younger son checked on the eggs. “They’re probably all rotten,” my husband said, so my son tore one of the eggs open. And inside was a baby turtle…ALIVE. It was all slimy and still attached to a large yolk sac. 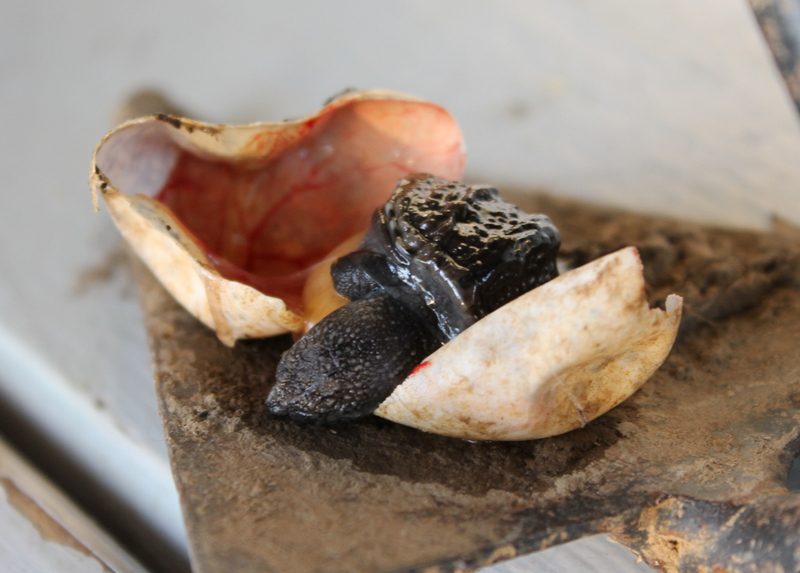 My son placed it on a damp paper towel in a box, positioned a lamp above, and ever since then he’s been obsessed. 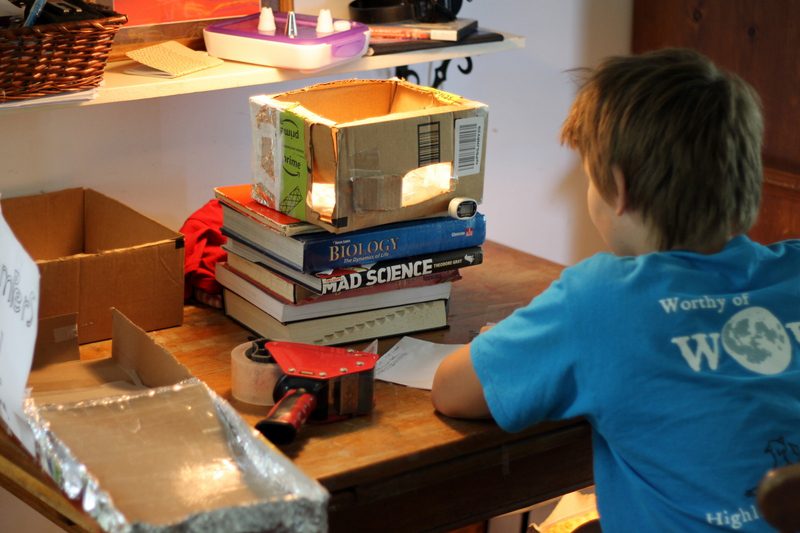 He wakes early to observe his premature pet, and he spends hours each day researching all things turtle. He’s identified it as a snapping turtle (oh joy) and spews all sorts of turtle-y facts to anyone who will listen. He’s relocated the rest of the eggs to a box of sand and set it under a heat lamp to speed the process (again, oh joy). 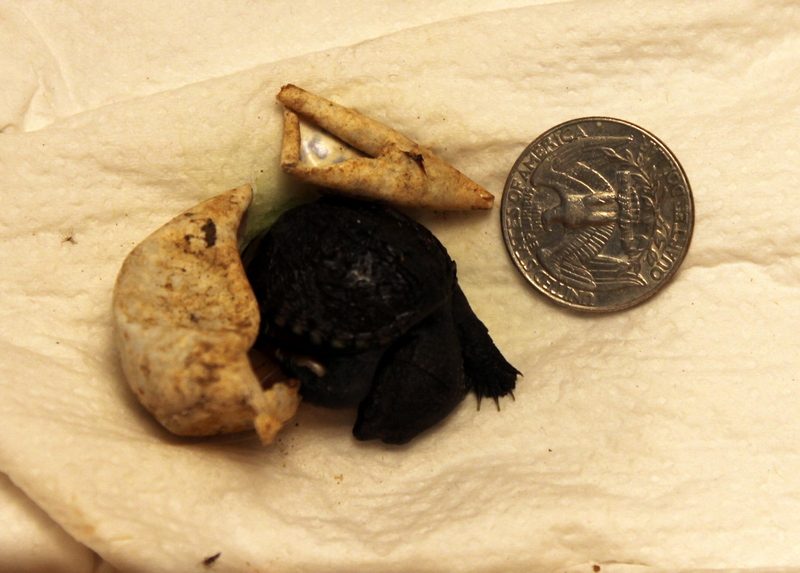 for size comparison, a quarter

We keep warning him that Chomper (ha) might not make it, but that hasn’t stopped him from building a very large (oh, so hopeful, that child!) home from cardboard, tinfoil, and tape for when Chomper is grown. 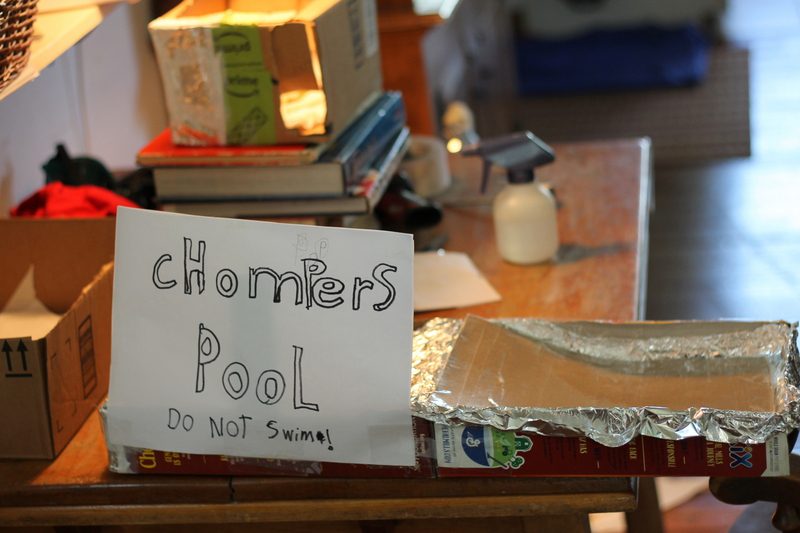 And he’s made a survival chart. He proudly checks off each day the turtle stays alive. 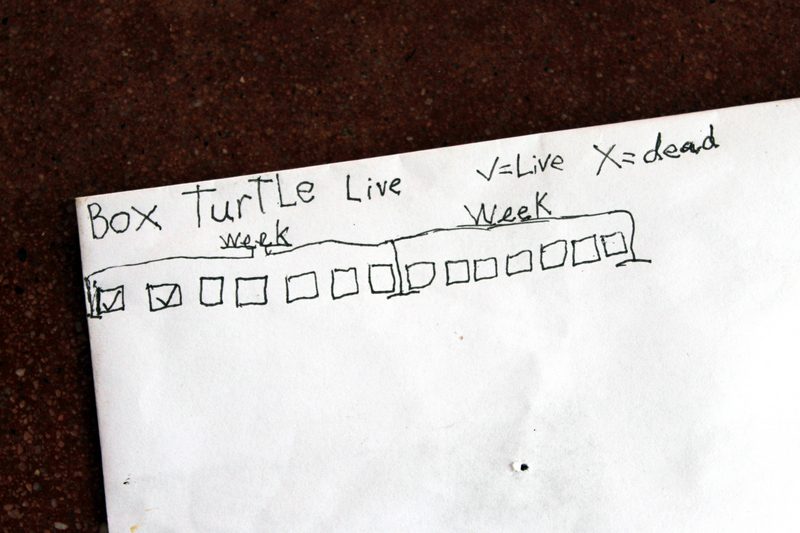 And rather miraculously enough, it’s still alive! The yolk sac—its only food source for now—is shrinking daily, so I guess it’s getting the nourishment it needs. 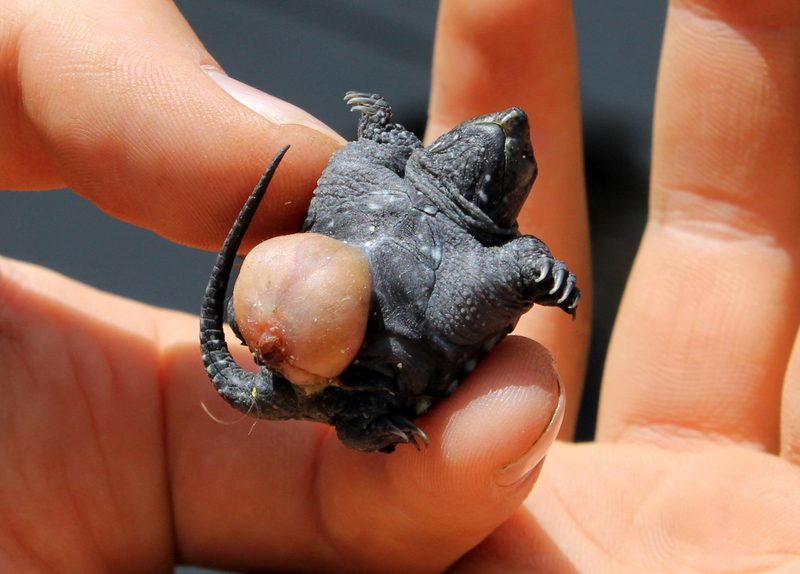 In the beginning, the turtle looked, and acted, mostly dead (every 15-30 seconds it’d take a giant breath and we’d all exhale, too), but now the turtle blinks, wiggles its very long tail, sticks out its head, and creeps about. 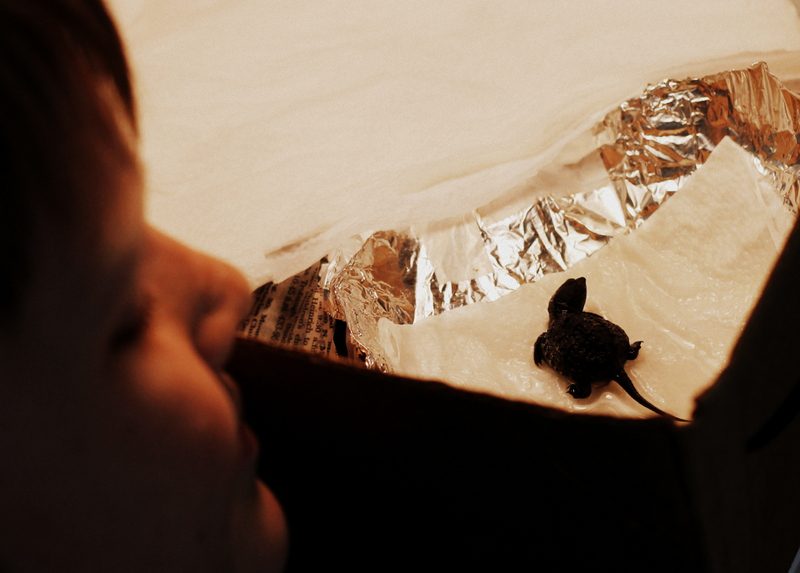 This same time, years previous: the quotidian (8.29.16), peach crisp, it all adds up, they’re getting it!, grape parfaits, 2011 stats and notes, roasted tomato sauce, pasta with sauteed peppers and onions.