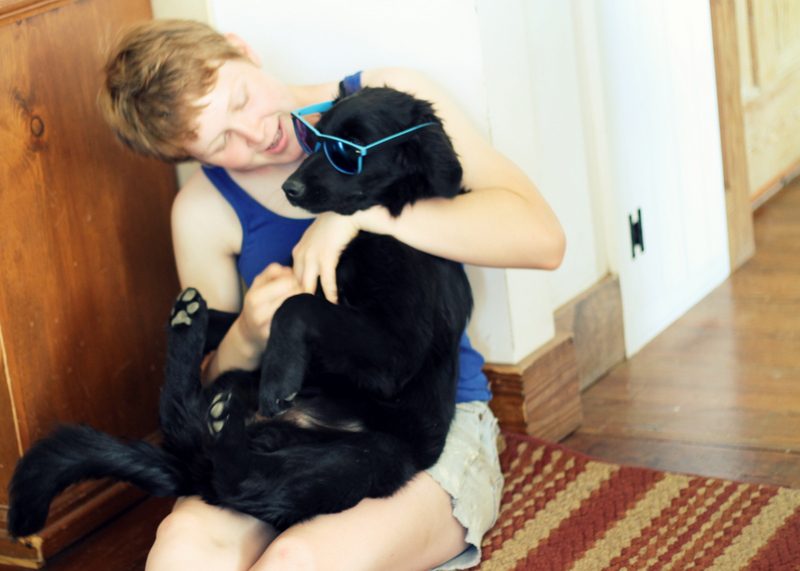 It’s been nearly six months since Alice joined the family.

I’m not much of a dog person, but Alice is a charmer. I get a kick out of watching her (and then my husband gets a kick out of watching me get a kick out of her). She’s easy to anthropomorphize. Like, when I’m stretching after a run, she’ll stretch alongside me, almost like she’s mirroring me, which she’s not, of course, but it seems that way. And then she’ll flop down on the ground, her nose one millimeter from my sneaker, her bright eyes rolling around in her head, watching my every move. 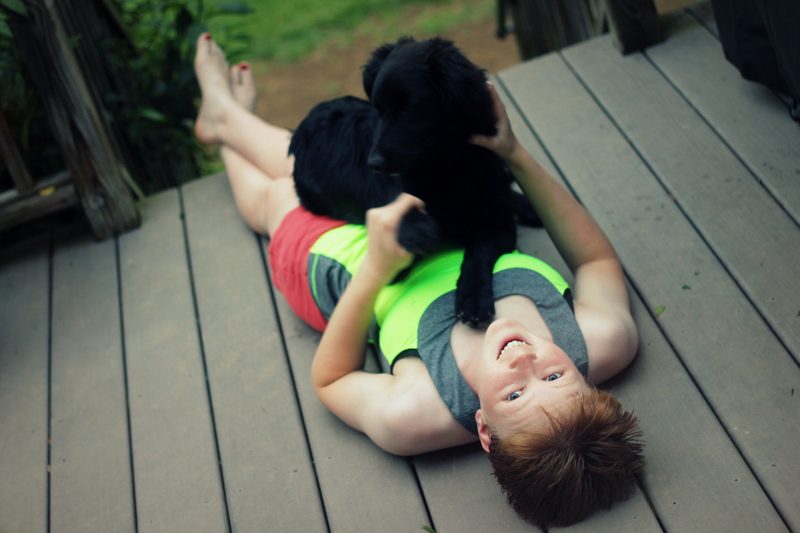 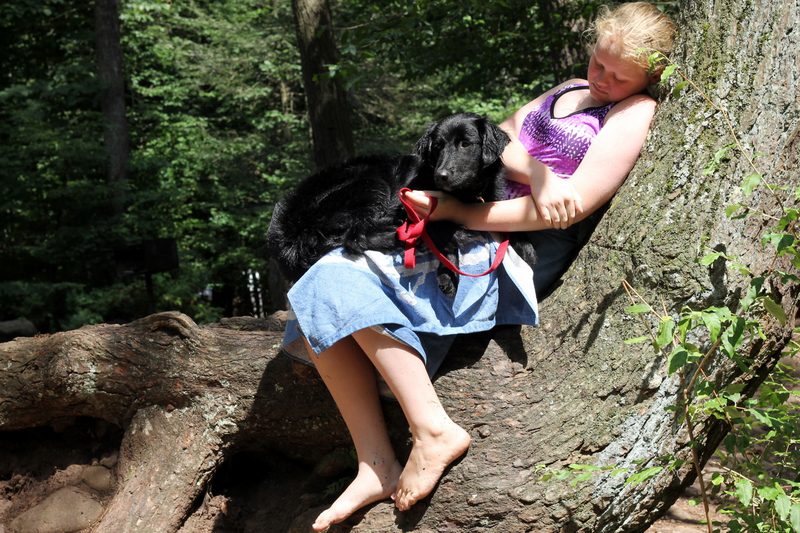 She’s cuddly, too. Even though she’s nearly as big (bigger, maybe?) than Francie, she’s not as heavy. She loves curling up in laps like a big baby. 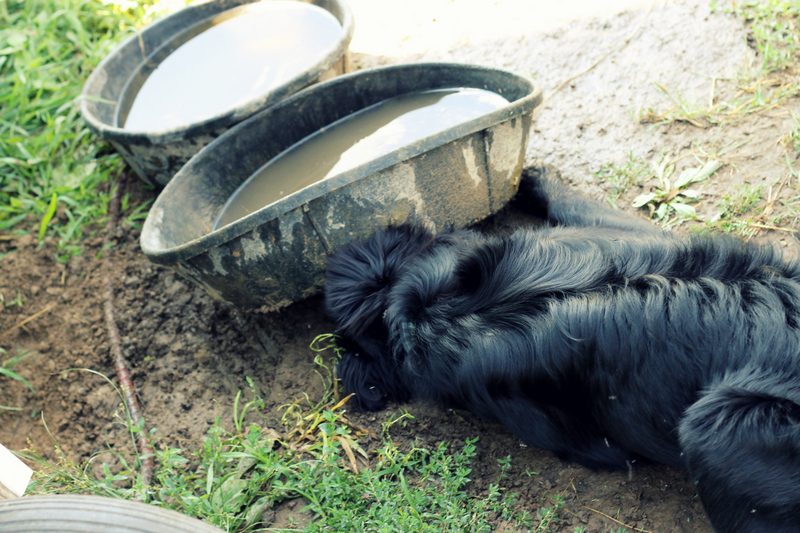 She adores water, and she’s passionate about finding cool places. Case in point, the above photo: splashing water everywhere and then lifting the water dish, sticking her head in the mud under the dish, and then lingering in that bizarre position. On hot days, I often find her dozing at the bottom of the cellar stairs, getting as close to the cool basement as possible. 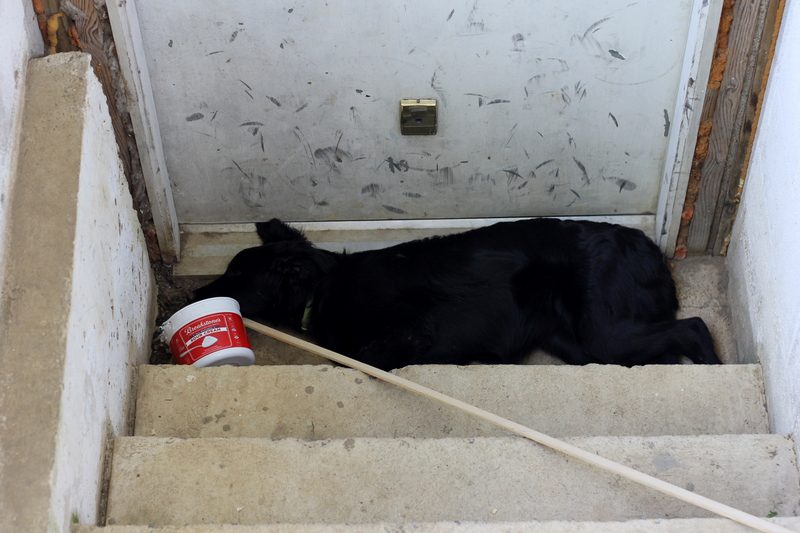 Also, she naps hard, and in any position. 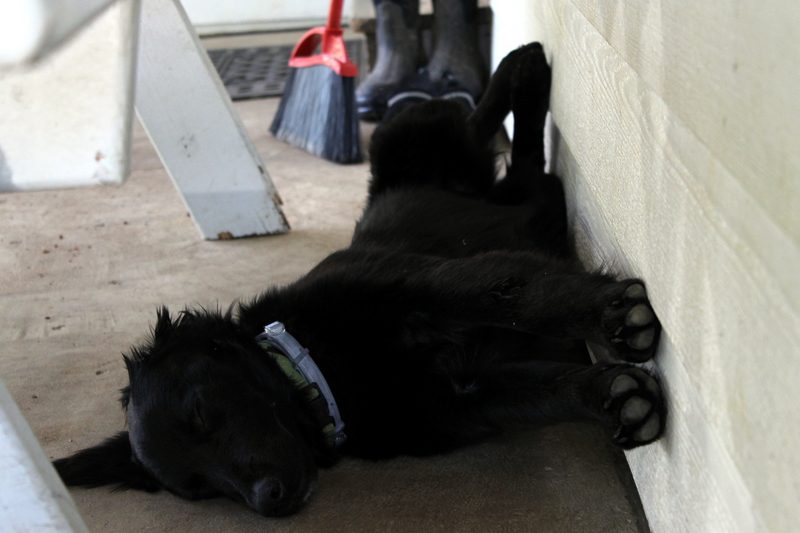 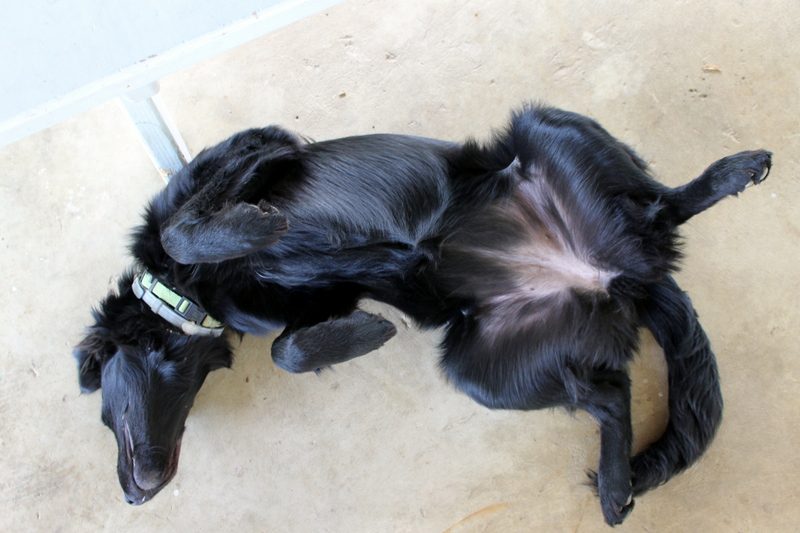 She has her flaws, of course. She likes to roll in horse/steer poo, so my younger daughter is forever having to bathe her. And even though she doesn’t jump up on people, she touches everything with her wet nose. I hate walking outside and getting a (probably poopy, ew) sloppy nose kiss on the leg. 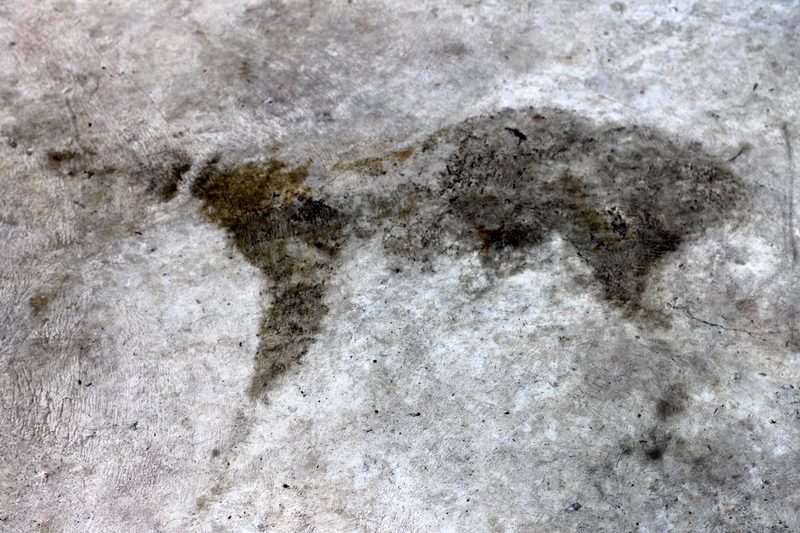 Ghost of a freshly bathed dog.

Also, she camps out in my flowerbeds next to the gate, waiting for us to get back from wherever it was we went. (Which is kinda sweet, really.) 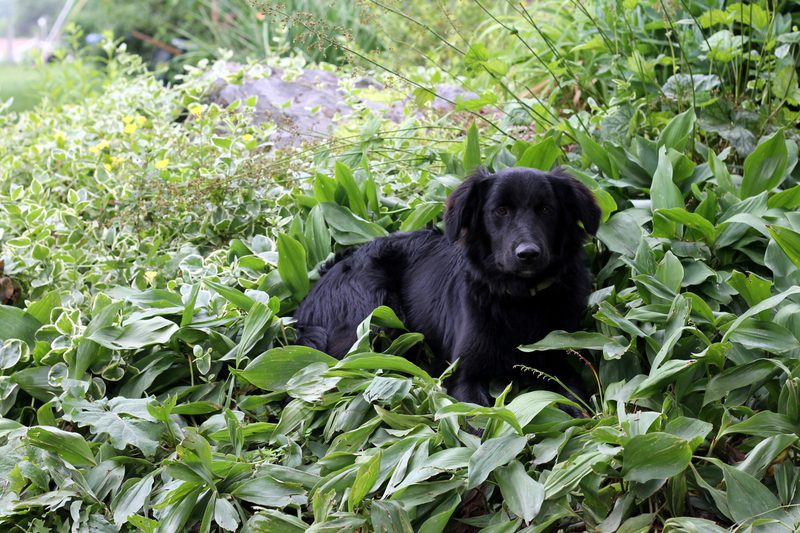 My older daughter is begging to get another dog, but we’ve put our collective foot down. Three dogs is enough, we say (even though a small part of me would enjoy another one, shhh).