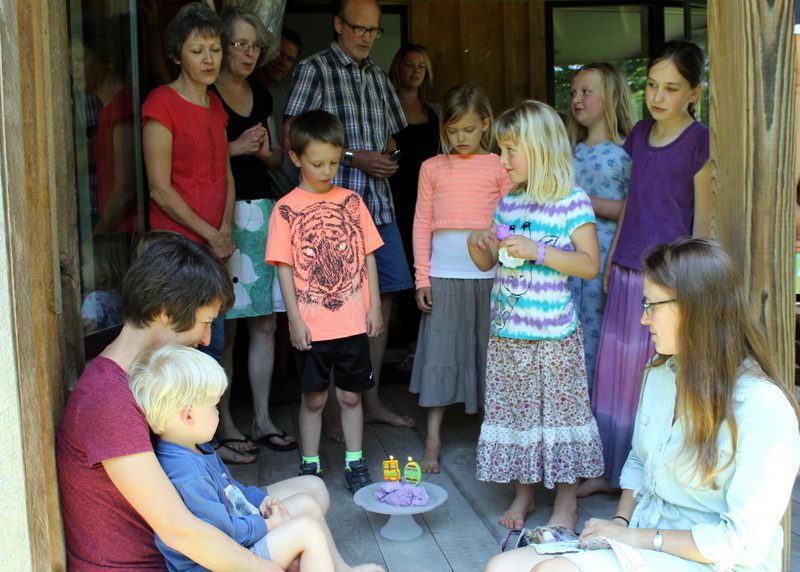 For our family gathering this past weekend, we had stunningly gorgeous weather. It’s not like we had any control over it, and it’s silly to act like it’s such a big deal because weather is just weather, but the blue skies, moderate temps, and cool nights were absolutely splendid. So there was that. 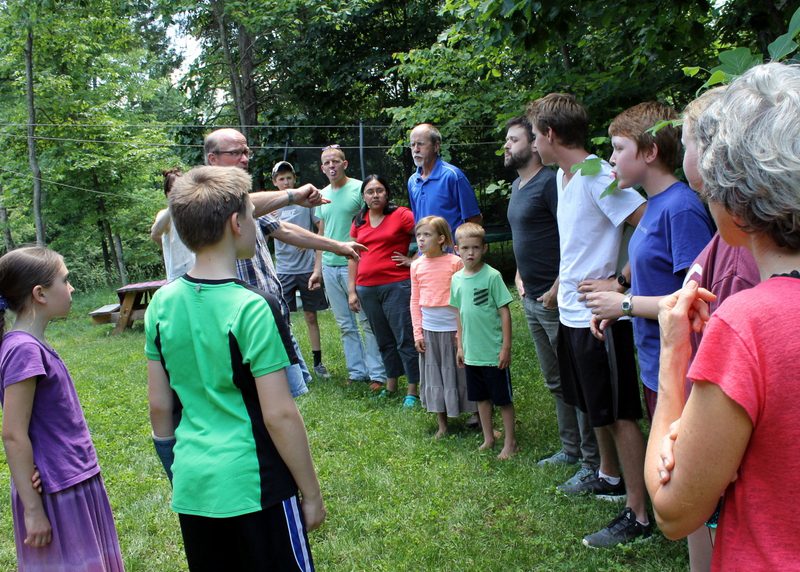 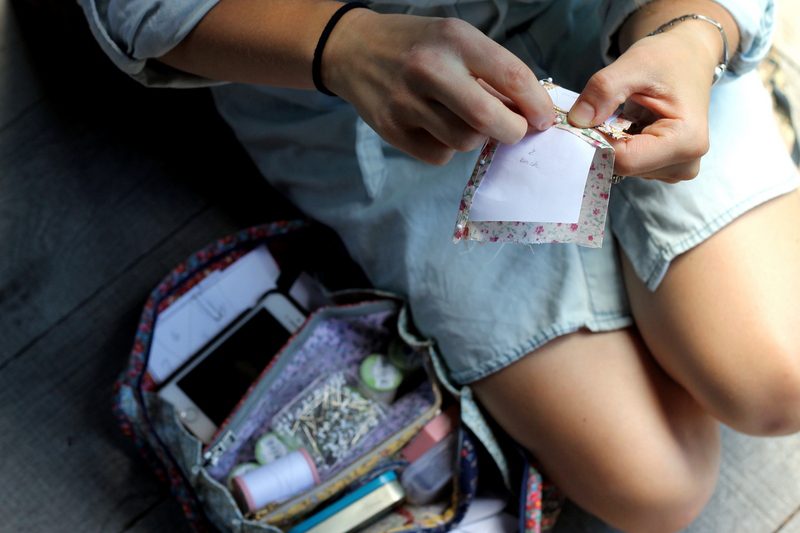 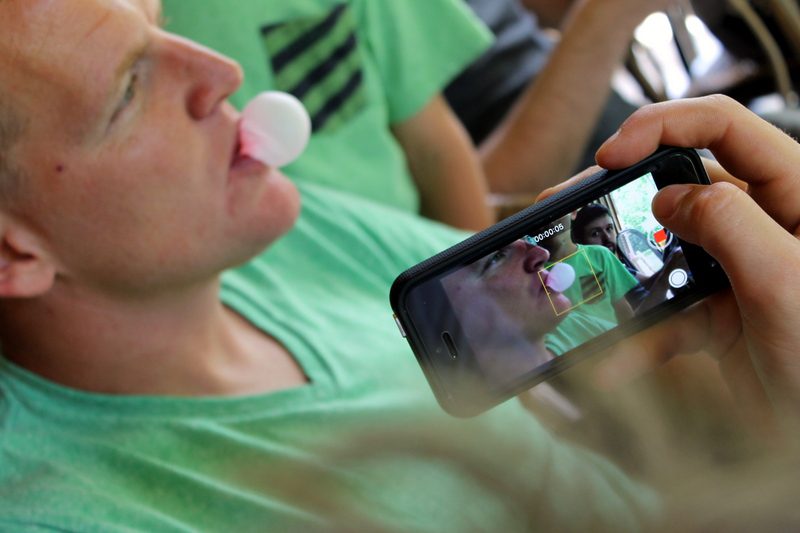 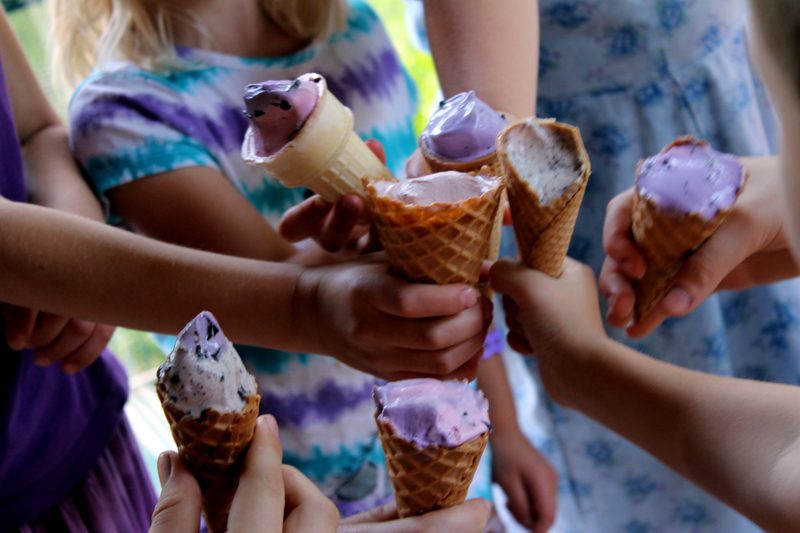 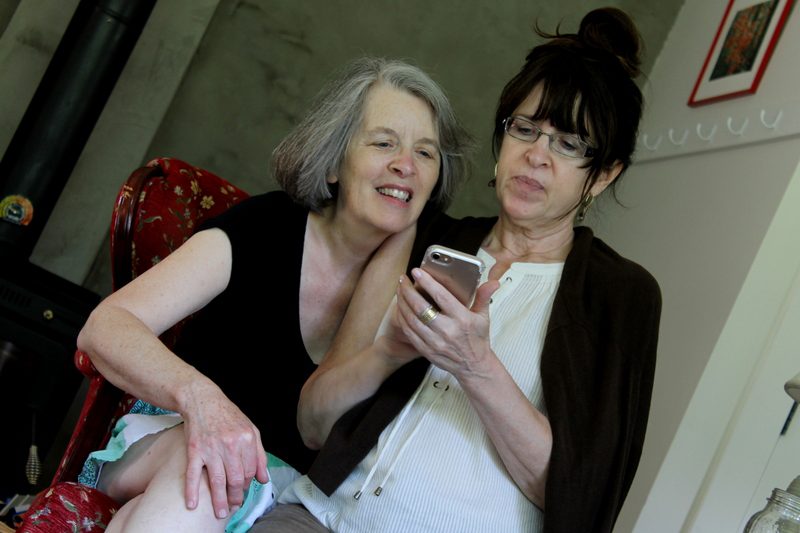 During the weekend, it occurred to me that this particular family gathering is a little unique, structurally. It’s my mother and (some of) her siblings and then their children and grandchildren. It’s a messy jumble, in a way, what with all the second cousins and great nieces and nephews and so forth, but I like it. It means the little kids are getting to know their great aunts and uncles, something I never got to do as a child. 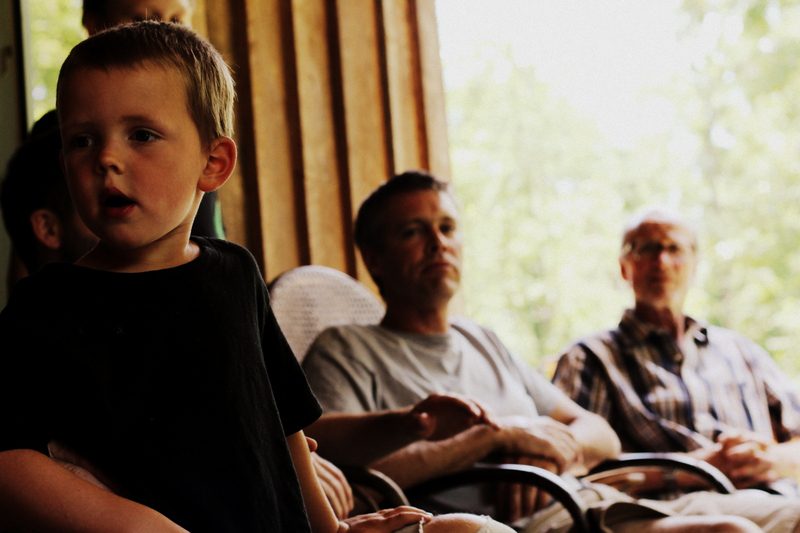 We followed our (mostly) traditional routine: Saturday lunch at Mom and Dad’s, Saturday supper (hot dogs on the hill) at my brother’s, Sunday breakfast in everyone’s respective host homes, and then to our house on Sunday noon for chef salads and homemade donuts. 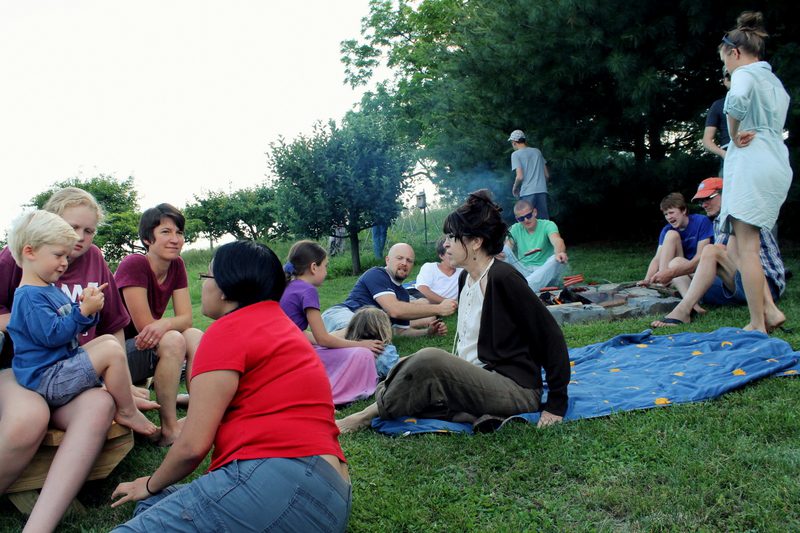 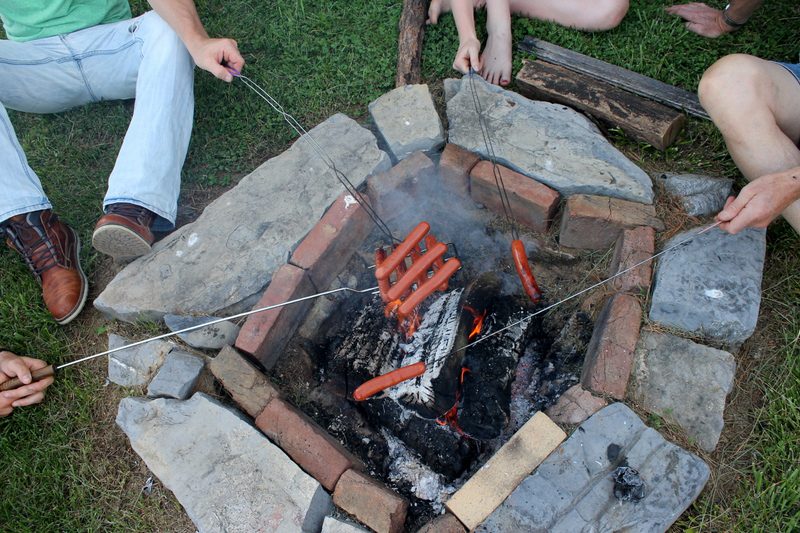 The donuts almost didn’t get made. I mean, they got made, no problem—by mid-morning, two whole batches were rising in the sun by the front windows—but then there was a time crunch, thanks to my poor planning. I was really looking forward to playing Trickball that morning, a new-to-me game that my husband learned about from a friend, but just as everyone was heading down to the field to play, I learned that some people were leaving earlier than usual and it dawned on me that there was no way I could play the game and make donuts and serve lunch to thirty all in the next two hours—I had neither the work space or the wherewithal to pull off such a stunt. I’d have to stay up at the house and make donuts while everyone played without me, sob.

So I called my husband up to the house so he could help me set up the fry station. But when he saw me stomping about the house, stressed and fuming, he said, “Just leave the donuts. Who care about them anyway.”

“But we made all that dough,” I wailed. “I don’t want to spend my whole afternoon frying donuts for no one!”

“It’s butter and milk and sugar, too. And we made all that icing!” But even as I was speaking, a vision of me hurling mounds of puffy dough into the cow pasture flitted into my mind. The image was so satisfying, so freeing, that I knew he was right.

Who cared about donuts anyway? (Never mind that people had been asking about them all morning. Never mind that there were expectations.) This was a Mary-Martha Moment if ever there was one, and I’d not be stuck playing the Martha, no siree. This was a reunion and I wanted to play! I’d make the donuts right after lunch, if there was time, and next year I’d plan better.

So resolved, I tied on my sneakers and hiked down through the field where I got my hand smacked and fell down and scored a goal and laughed and hollered and strained all the muscles in my butt and lower back. 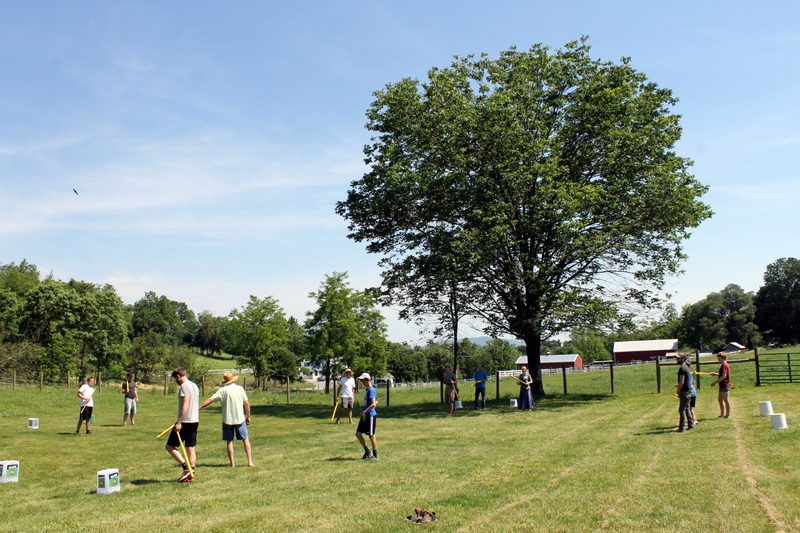 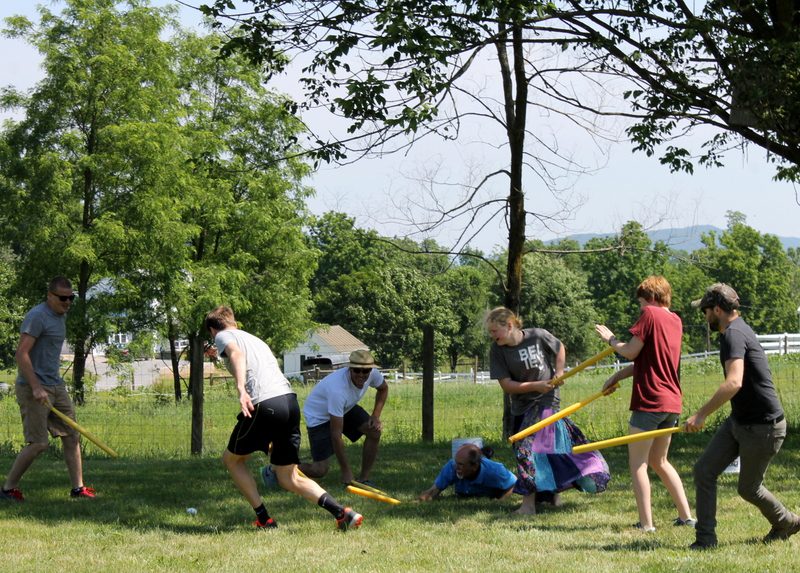 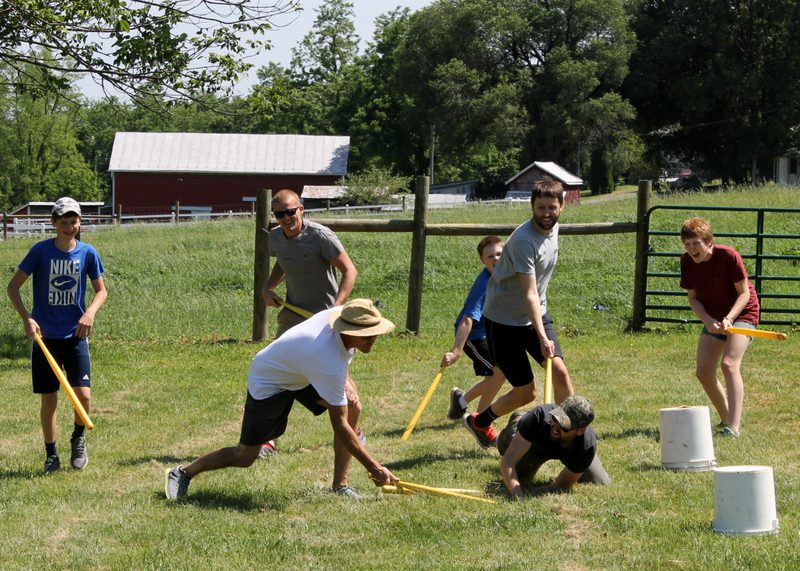 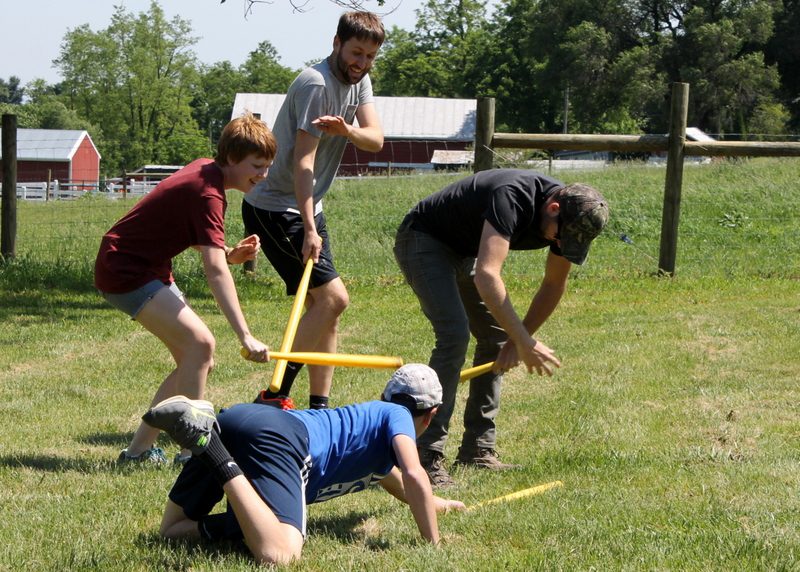 It was totally worth it.

And you know what? The donuts still happened! 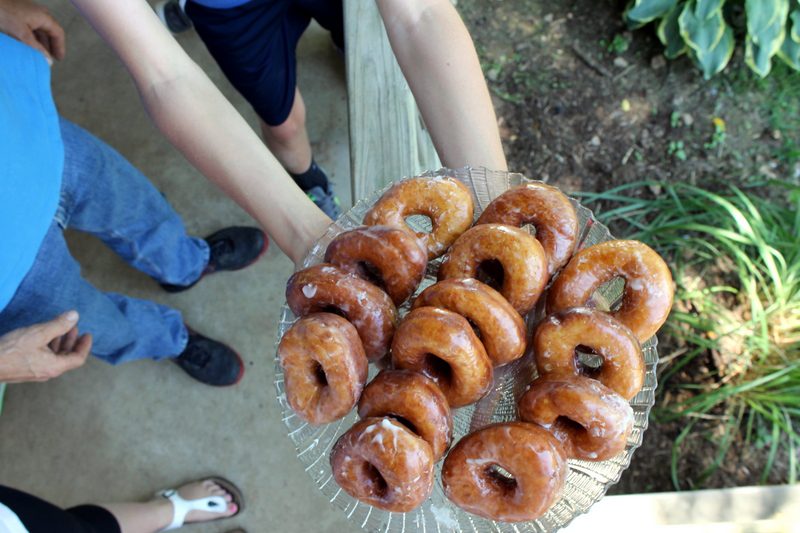 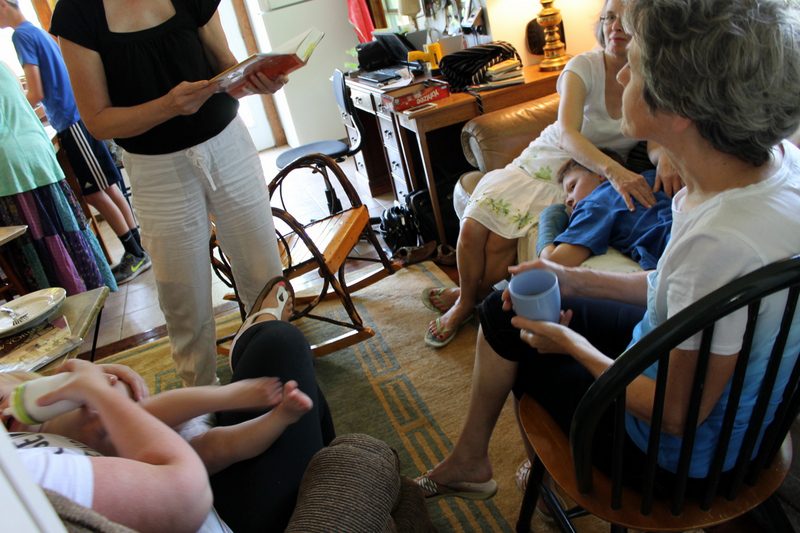 People stayed until the end—even the ones who said they needed to leave—and we all ate ourselves silly.

Afterwards, the hosting crew, plus an aunt, remained. I fixed myself a cup of coffee, selected a pretty donut, and then—oh, joy!—sat down. 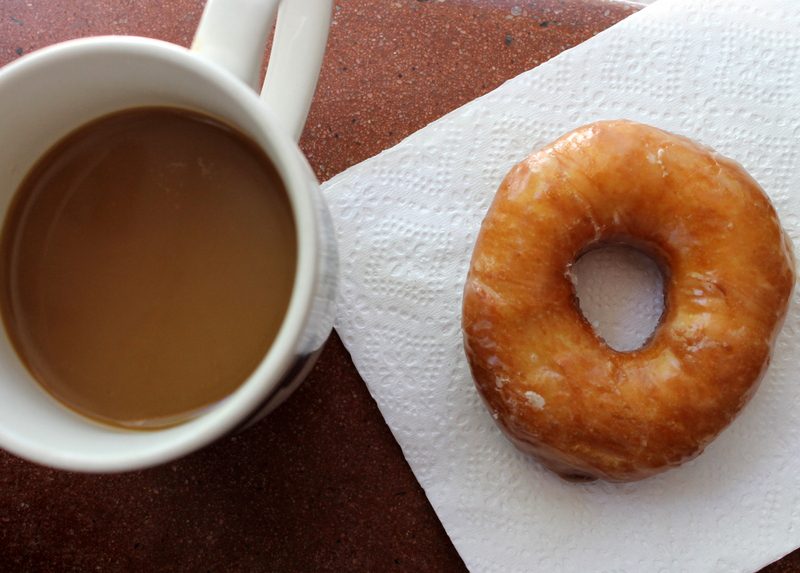 We visited out on the porch for a bit, and then sleepiness hit. Some people wandered into the house to nap while others washed dishes and ran hither and yon putting things away. 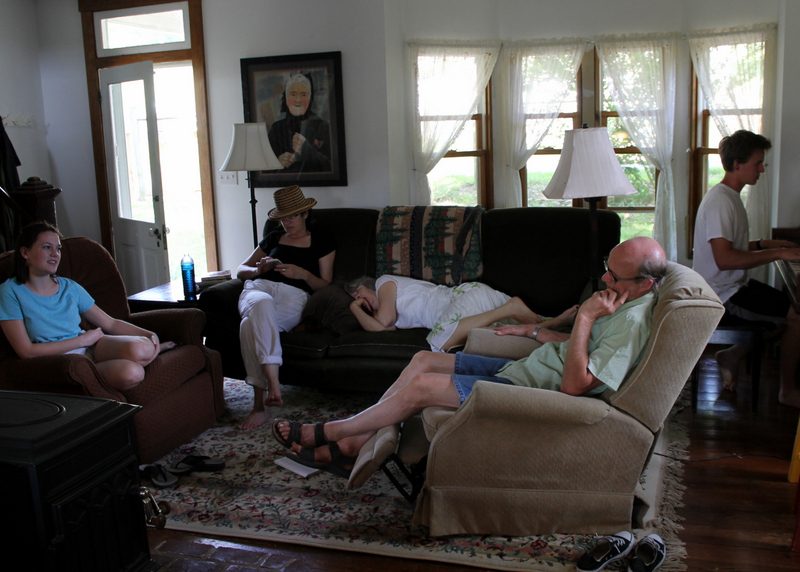 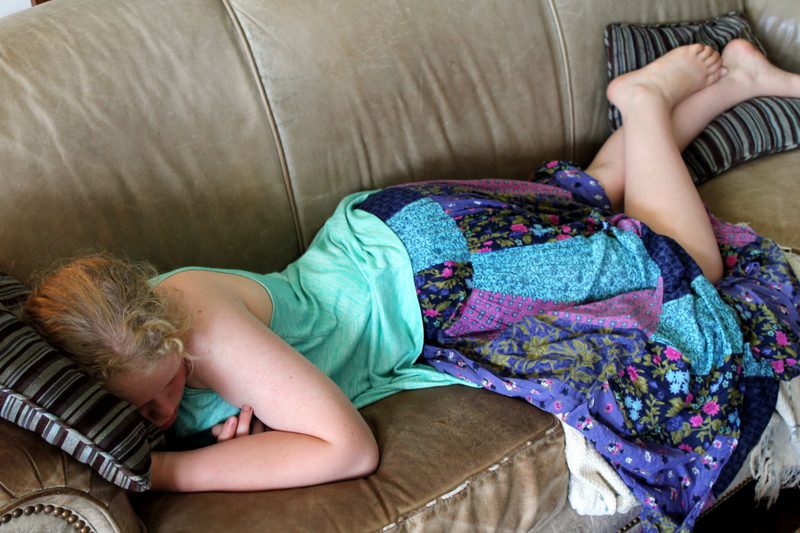 At the very end, of course, was the floor scrubbing (because I insist on it) followed by hot showers. 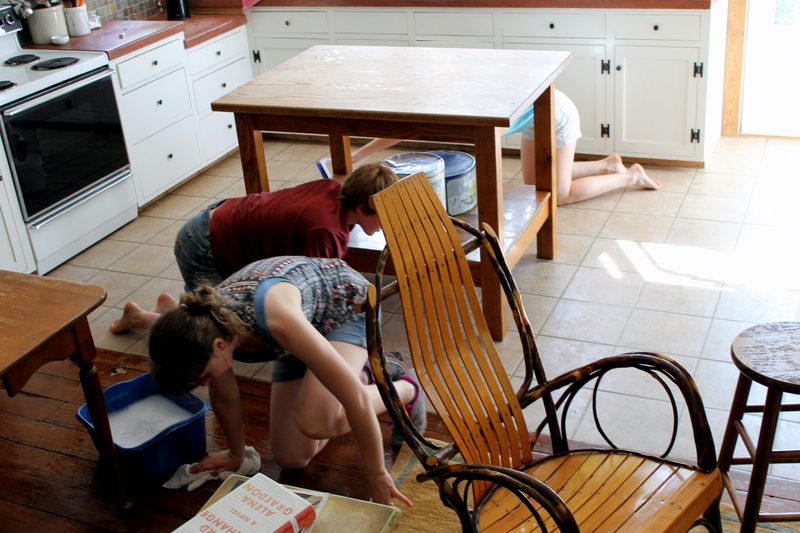 Only then, bone-weary and satisfied, did I fully relax. What a weekend. What a lovely, fun weekend.