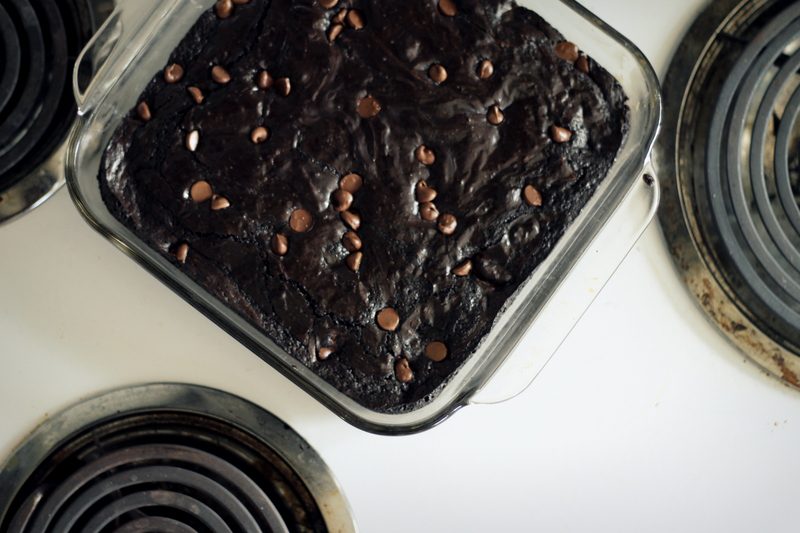 Grouching around the house the other day, I said to my husband, “In the morning I go running, which is miserable, and then I go write, which is also miserable. I don’t know why I bother getting up.” But then yesterday I had a day off from writing and I was all whiney because I missed writing, so go figure.

I get in these spells, these creative voids, when there is NOTHING going on (and we all know I work best under pressure). I have no reason to complain—everything is peaches-n-cream—but I feel depleted. There’s no fire. For example, these days…

*I have no one to cook for. Now that Melissa and my older son are gone, we’re down to five people in this house. Feeding five people is peanuts.

*The younger kids are perfectly happy to be left alone. If they had their way, they’d spend the entire day reading. Remember when I used to ache for the day my kids could read?

*Writing is a grueling process. Most days when I leave off writing, the word jumble is thick, practically indecipherable, leaving me feeling unaccomplished and at odds. There is no glory.

*The kids do most of the cleaning/laundry/yard work. Why am I here?

Yesterday I woke up grumpy (’tis a theme), realizing too late that I should’ve chosen that day to sleep in and be lazy. But the ball was already rolling, so I sweated out the four miles and then set about facing the long day ahead. In a self-pitying email dump to a friend, I wrote: “So I made a list and I’m going to make myself Do The Things and I’ll keep breathing and eventually I’ll make it through.”

Buttermilk brownies, to be exact, made with browned butter, oat flour instead of regular flour, and liberally studded with three kinds of chocolate. I also read to the children (this and this), finished my book (what next?), drank a large coffee and then dozed off and on for two hours (bliss), and took a big container of chilled watermelon chunks to my husband who has no time for existential crises because he’s busy spending his ten-hour work days hauling around great enormous beams in the broiling sun, bless his heart. 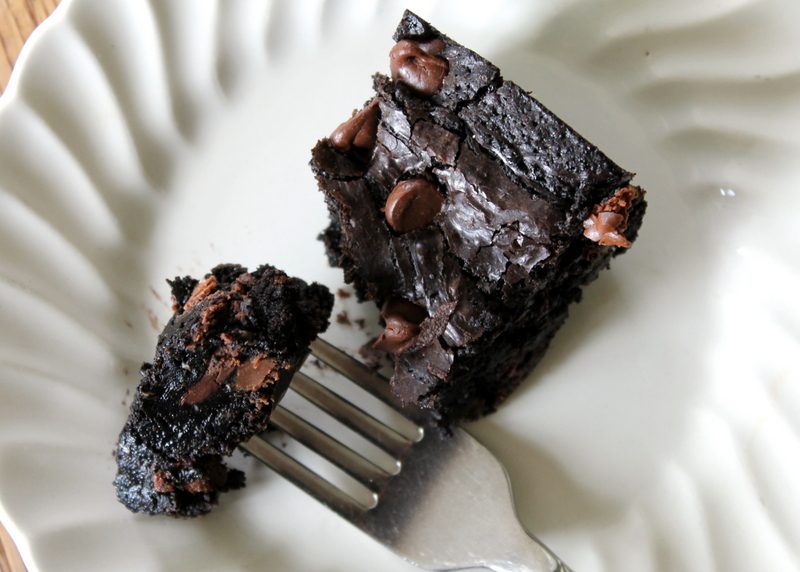 But those brownies… They were a smash hit. After our supper of leftovers (I told you I don’t cook) I served them, topped with scoops of coffee ice cream and a drizzle of caramel sauce, for dessert. 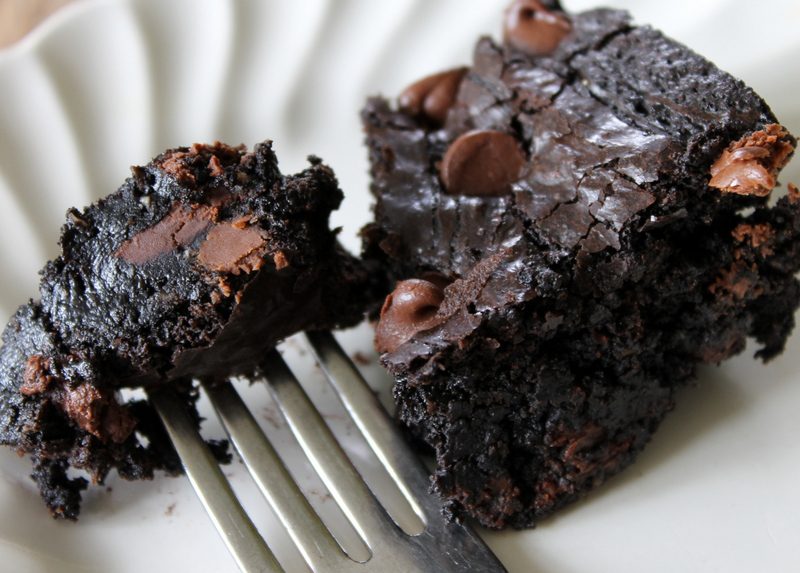 They saved the day, pretty much.

Buttermilk Brownies
Adapted from Aki’s blog, Ideas in Food, that she co-authors with her husband Alex.

For the cocoa, I used Hershey’s Special Dark. For the chips, I used chunks of Bakers semi-sweet, semi-sweet chips, and milk chocolate chips. I used vinegar-laced milk in place of buttermilk.

About her choice of oat flour, Aki says (because I asked her in an email): “I generally use a fine oat flour and the resulting brownies manage to be both chewy and cakey, in the best possible way. I also like the fact that it makes them whole grain, adding some fiber to slow digestion, and that everyone who comes to visit can eat them because they are also gluten free.”

To make my oat flour, I simply whirled a scant cup of rolled oats in the blender (grind it as finely as you can), and then measured out the amount I needed.

In a medium saucepan, melt the butter over medium-high heat and let cook until golden brown. Remove from heat and stir in the sugar, cocoa, salt, and baking powder. Allow to cool for a few minutes. Beat in the eggs. Add the buttermilk and vanilla. Beat in the oat flour until satiny and smooth. The mixture will be thick and black, like molasses. Stir in the chocolate pieces, reserving a few to sprinkle over the batter once it’s in the pan, if you wish.

Pour the batter into a greased square pan and bake at 325 degrees for about 25 minutes. The center should be puffed but a little wobbly to the touch, and the brownies should be just beginning to pull away from the pan’s edges.