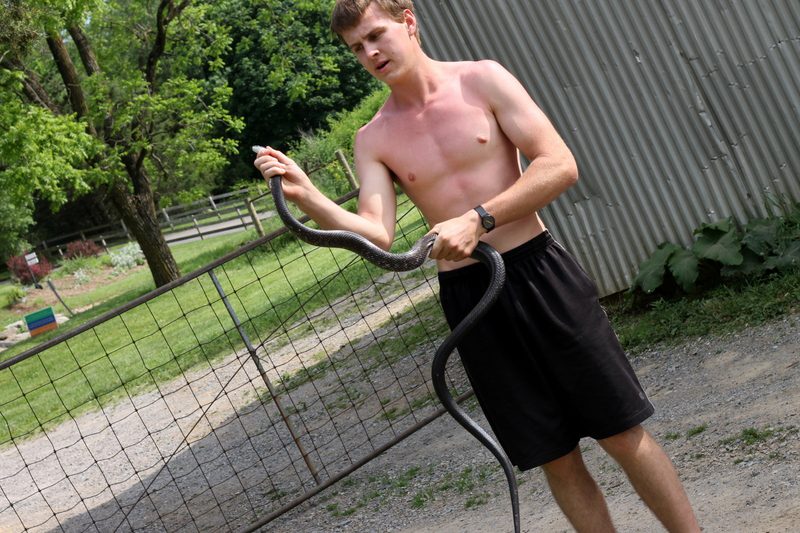 The other afternoon, soon after my older daughter headed out the door, we heard a piercing shriek followed by some (mild) swearing. A couple seconds later, she flew back in and babbled a full report: Snake! Huge! You gotta come see!

My husband and I dutifully tromped outside. No snake anywhere. (Which was more than a little unnerving.) But then I spotted it slithering through the grass, heading for an evergreen. When it started climbing, we realized it was after a nest of eggs—the mother bird was stress-hopping about the yard—so we intervened. (Because National Geographic we are not.) Thwarted, the snake headed off through the flower bed.


Can I pick it up? My older son had joined us by then.

No! we said. Just leave it alone.

But I know how to do it. I won’t get hurt. Please? 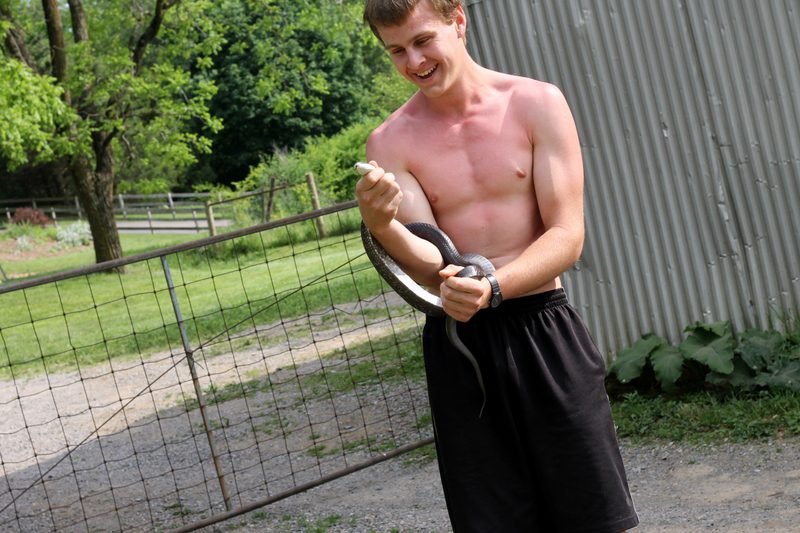 My older daughter got brave enough to touch it, and then my husband, too. 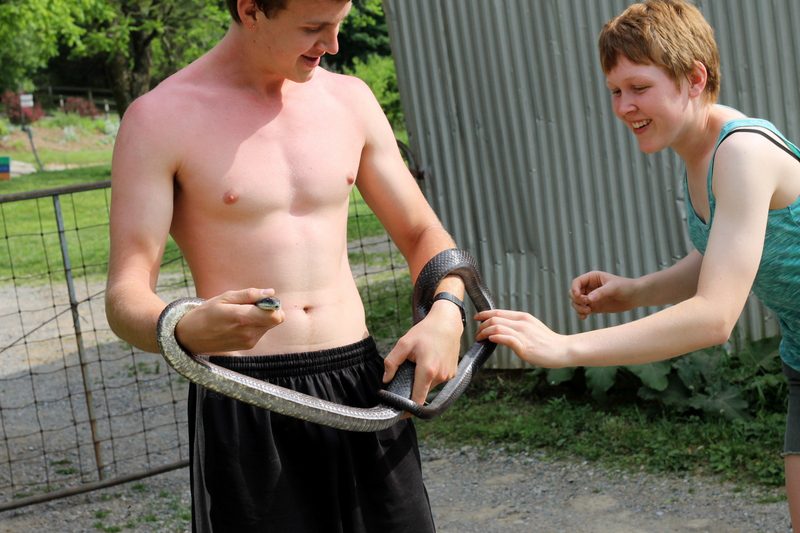 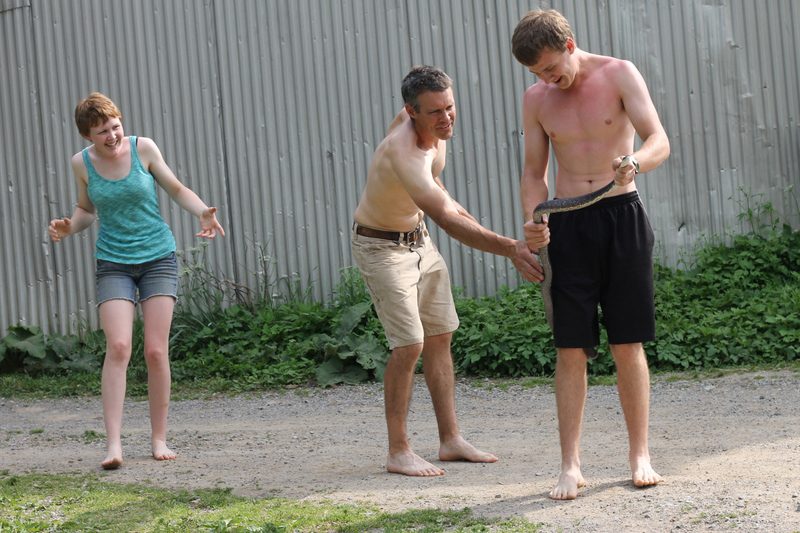 But the best part was when the snake stuck its tail up my son’s shorts (see above) and gave my husband the willies. 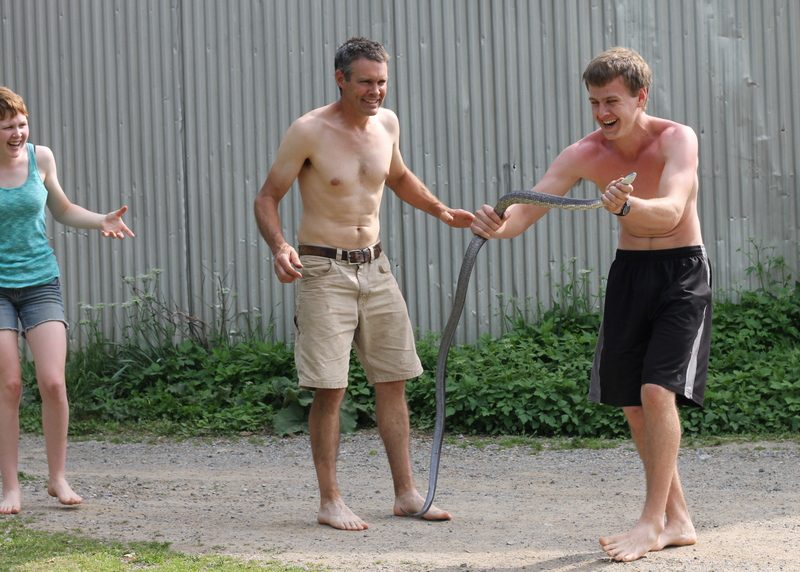 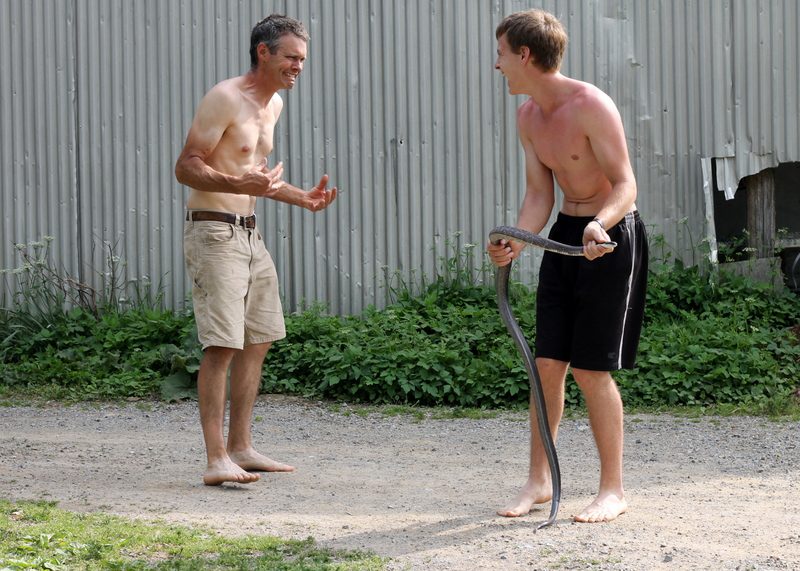 And then my son went across the road and tossed the snake into a wooded area, far from our chicken coop.