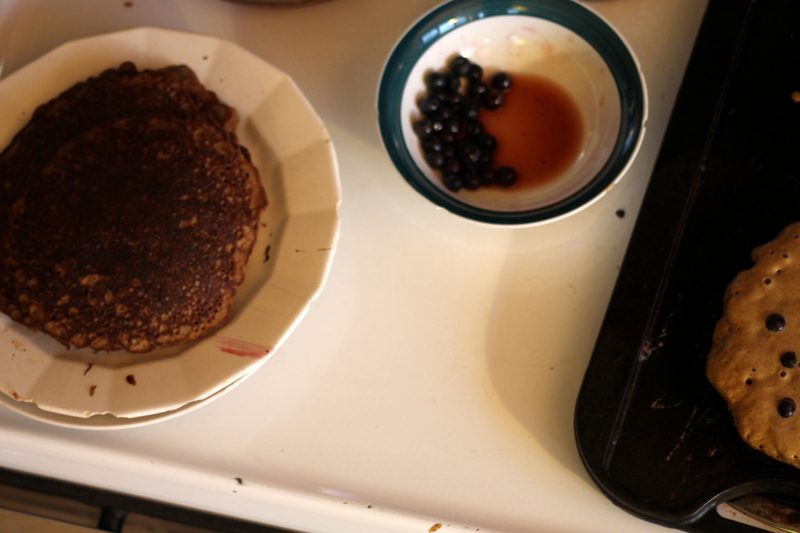 These days, I can’t seem to keep us in groceries. Before this month was even half gone, I’d blown through three-quarters of the food money. In hopes of getting to the end of the month, I’ve been making menus and then—miracles of miracles—sticking to them.

1. My mother suggested I’m running out of money because I buy avocados. I told her that I thought my money shortage had more to do with the number of people in our family and the fact that the majority of them are growing. I also told her that if seven dollars a month was what was breaking the bank, then we were in much better shape than I previously thought and I should be able to remedy the situation right quick. And then she said, Well yes, you do have four growing children, and I was like, Yes, Mother. I do.

2. “Making menus” is short for “standing motionless in front of the back hall pantry shelves for extended periods of time while racking my brain for ideas, and then, suddenly, dashing down cellar to stare into the freezers’ abysses while mentally trying to conjure potential well-rounded dinners from unappetizing frozen blocks of food stuffs.”

So far, no scurvy. Last week I splurged on fresh veggies, but then I discovered some packs of spinach and the tail end of a bag of peas in the freezer so I haven’t even yet used the fresh kale and broccoli that I bought. Amazing! Oh, and there is a box of instant potatoes—from our donut-making experiments—in the back hall. Until those white flakes get used up, things are not truly desperate.

I kind of like the making-do challenge. I’ve been fixing big (since the meals aren’t necessarily elaborate, “thoughtful” might be a more accurate word ) breakfasts: baked oatmeal, omelets, bran muffins, oatmeal with frozen strawberries. Yesterday morning I made teff pancakes with blueberries.

My son, on the hunt for a new recipe for a pancake supper that he never got around to making, discovered (and pooh-poohed) the recipe that had come from one of my emails from the NYTimes cooking website. I, however, thought it looked interesting. The recipe was similar to my regular cooked-oatmeal pancakes, yet different enough—all that teff!—that I was curious. Even though I feared the kids might revolt, I made a double batch. It was high-time I used up those last two cups of teff that had been hanging out in my freezer since who-knows-when. 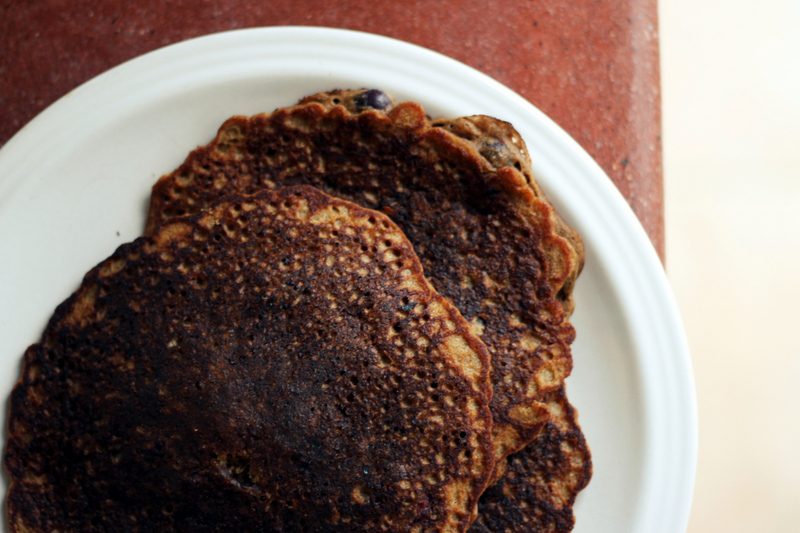 Everyone loved them—surprise, surprise—and my older son raved. (I think he was just pleased that I was making pancakes on a day when he didn’t need to leave early for the rescue station.) All wholegrain, the pancakes are so dark that they appear dangerously healthy-looking, but the texture is light and tender. And even though they only have a little molasses, and no sugar, they taste sweet. 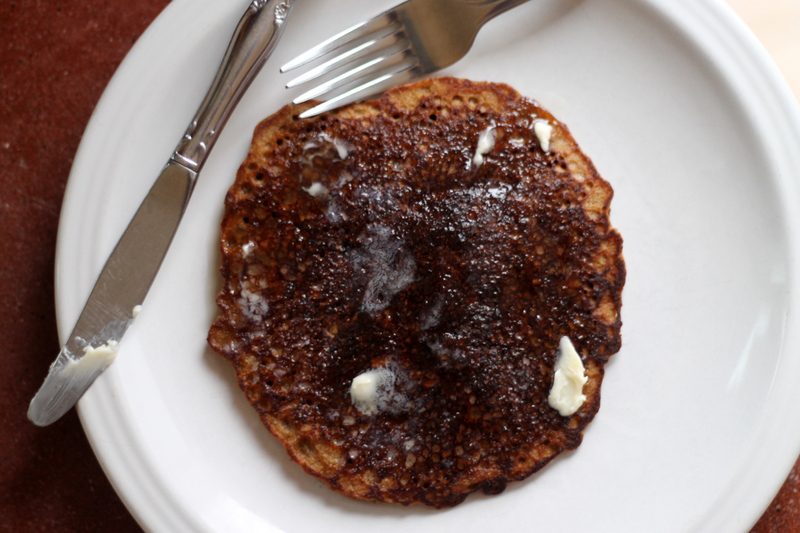 The night before:
Combine the wet ingredients, including the cooked oatmeal, and store in the fridge. In a separate bowl, combine the dry ingredients.

In the morning:
Pour the wet ingredients into the dry and mix to combine.

Ladle the batter onto a hot, buttered skillet and dot with blueberries. Cook the pancakes over medium heat—they take a little longer to cook through than other pancakes, so take your time. When the pancakes are bubbly and getting dry around the edges, flip and finish cooking on the other side.

Serve hot, with butter and syrup.